In the Pages of Sea History 163 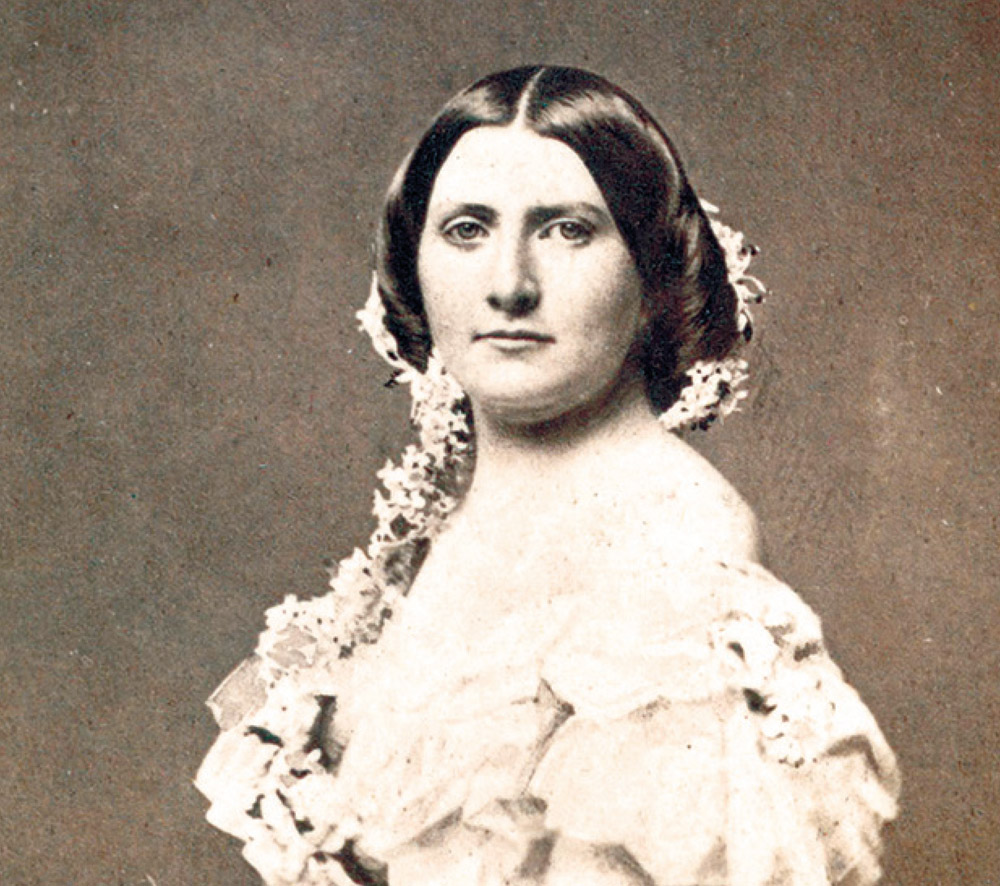 by William H. Thiesen
Harriet Lane was known and admired for the ease and grace with which she served as hostess at the White House during the presidency of her bachelor uncle, James Buchanan, earning her the nickname “First Lady.” A Revenue Cutter Service cutter and two Coast Guard cutters have borne her name, serving with distinction.

Historic Ships on a Lee Shore: Schooner Roseway—Sailing a New Course in the 21st Century
by Eden Leonard
Like so many historic vessels still afloat, the Essex-built schooner Roseway has had many careers: fishing yacht, harbor pilot, educational platform. When Hurricanes Maria and Irma devastated much of Roseway’s winter port of Christiansted, St. Croix—including many of their schools—the schooner served the community as a floating classroom. 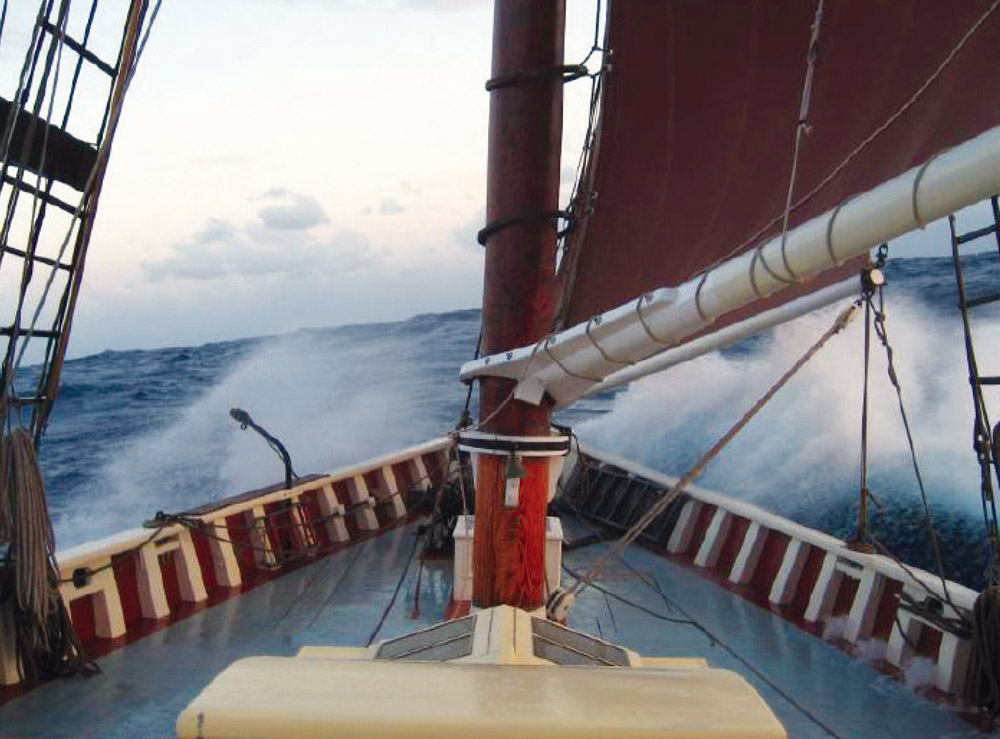 TALL SHIPS CHALLENGE® Gulf Coast Series 2018: A Young Seaman’s Report from the Fleet
by James Rogers
James Rogers interned with Tall Ships America during this year’s events on America’s Gulf Coast. He shares his report from the deck—and from aloft—of the ships and ports, and the sailing passages in between.

Fulton’s Steamboat at Clermont, 1807: A Glimpse into the Artist’s Process
by Len Tantillo
Painting historic scenes presents many challenges—shore landscapes may have changed, the ship subjects are often no longer afloat. The artist must be part historian, part detective. Artist Len Tantillo offers us a glimpse of the process, to capture the famous maiden voyage of the steamer “Clermont.” 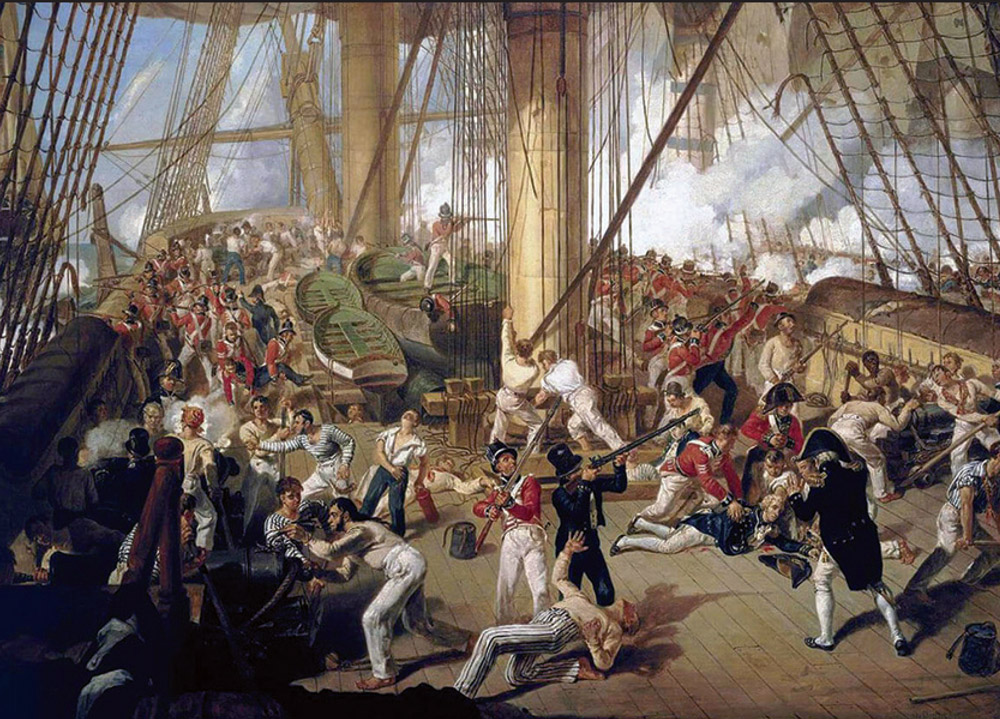 HM Schooner Pickle: a Little Vessel of Colossal Importance
by RADM Joseph Callo
The little schooner Pickle was too small to fight in the line of battle at Trafalgar, but her assignment after the smoke had cleared ensured her place in the history books.

The Smithsonian, the US Navy, and Aquatic Avian Excrement
by Paul F. Johnston
The acquisition of a nearly 200-year-old rare marine atlas inspired Smithsonian staff to learn more about the curious connections between their museum and the intensely competitive nitrate trade in the nineteenth century. 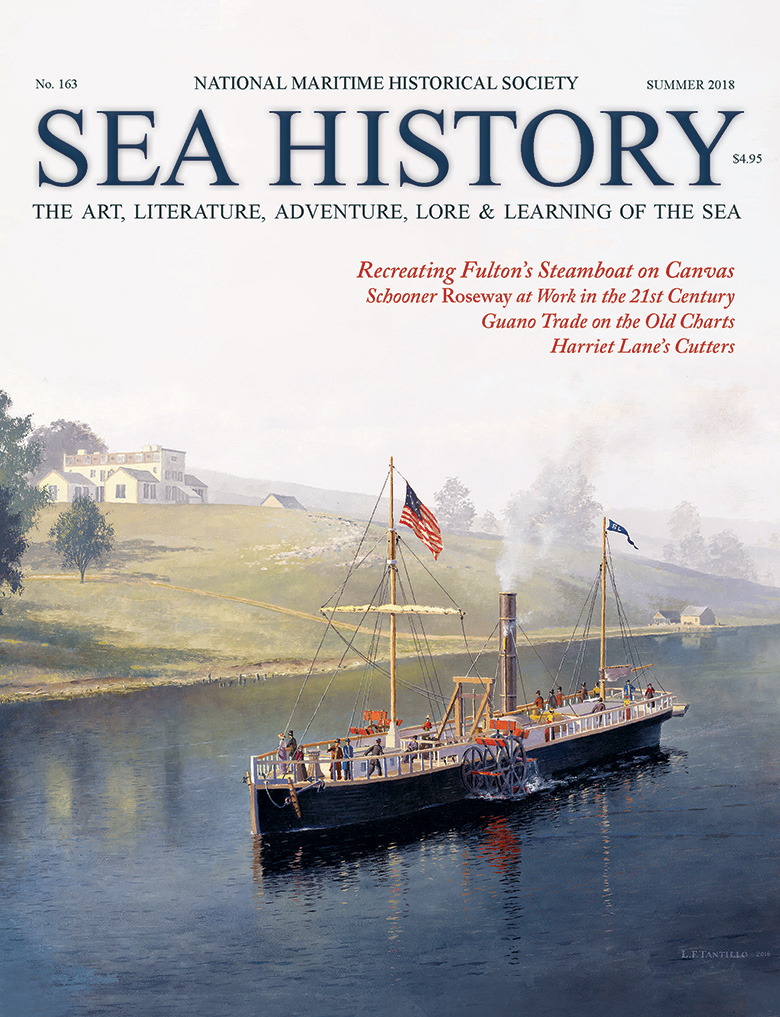