In the Pages of Sea History 168

NMHS will once again fill the New York Yacht Club with maritime community fellowship this October, as we celebrate four exceptional individuals and their considerable contributions to preserve and promote our maritime heritage. 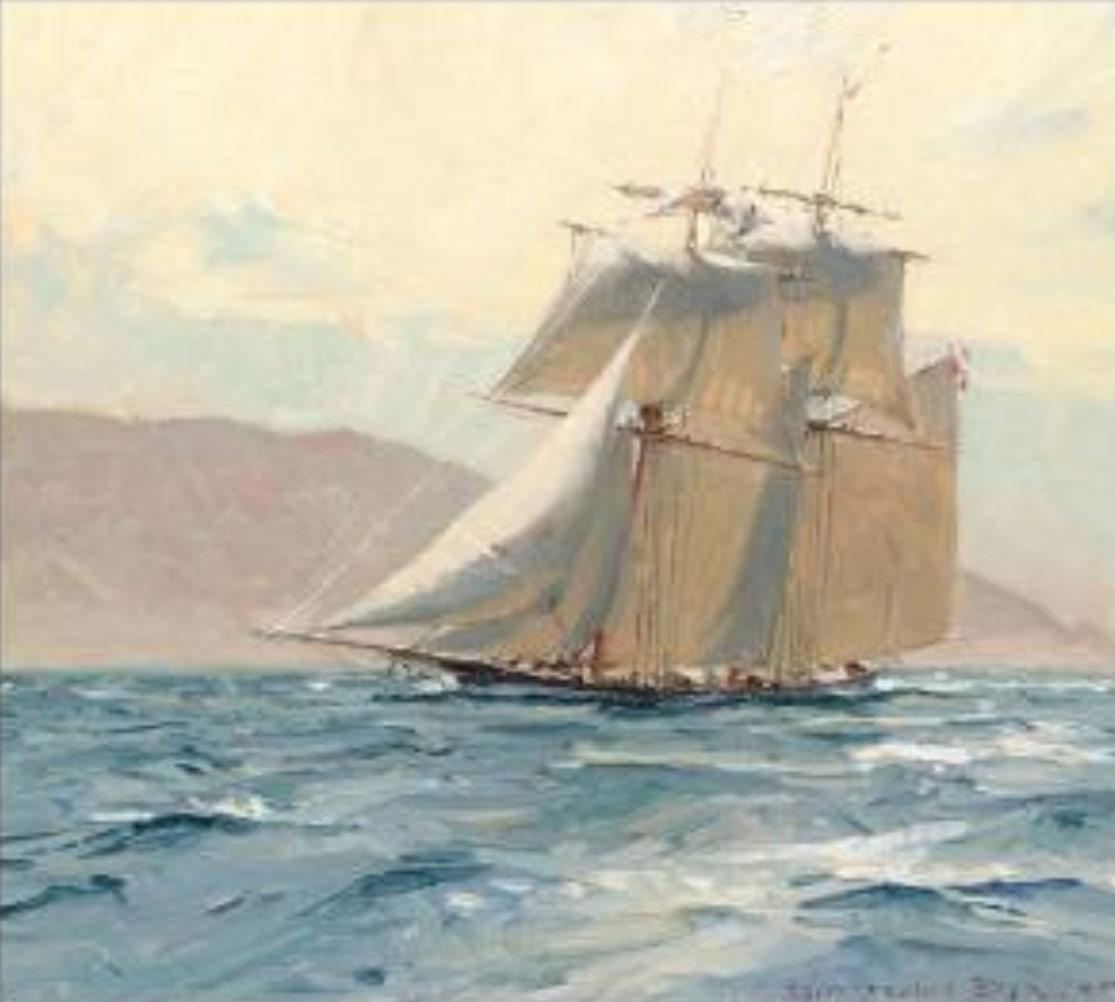 The Revenue Cutter C. W. Lawrence and her crew were dispatched to the western territories of the United States to enforce the peace in 1848, but by the time they reached the West Coast after rounding Cape Horn and stopping in Hawaii, the California Gold Rush had taken hold, and the maritime frontier had become a wild and, at times, lawless place.

In this excerpt from his new book, author Bill Bleyer shares the remarkable stories of two Long Island whalers whose exploits and achievements were legendary in their time, from venturing into forbidden Japanese waters to inventing the rocket harpoon, which indelibly changed the industry. 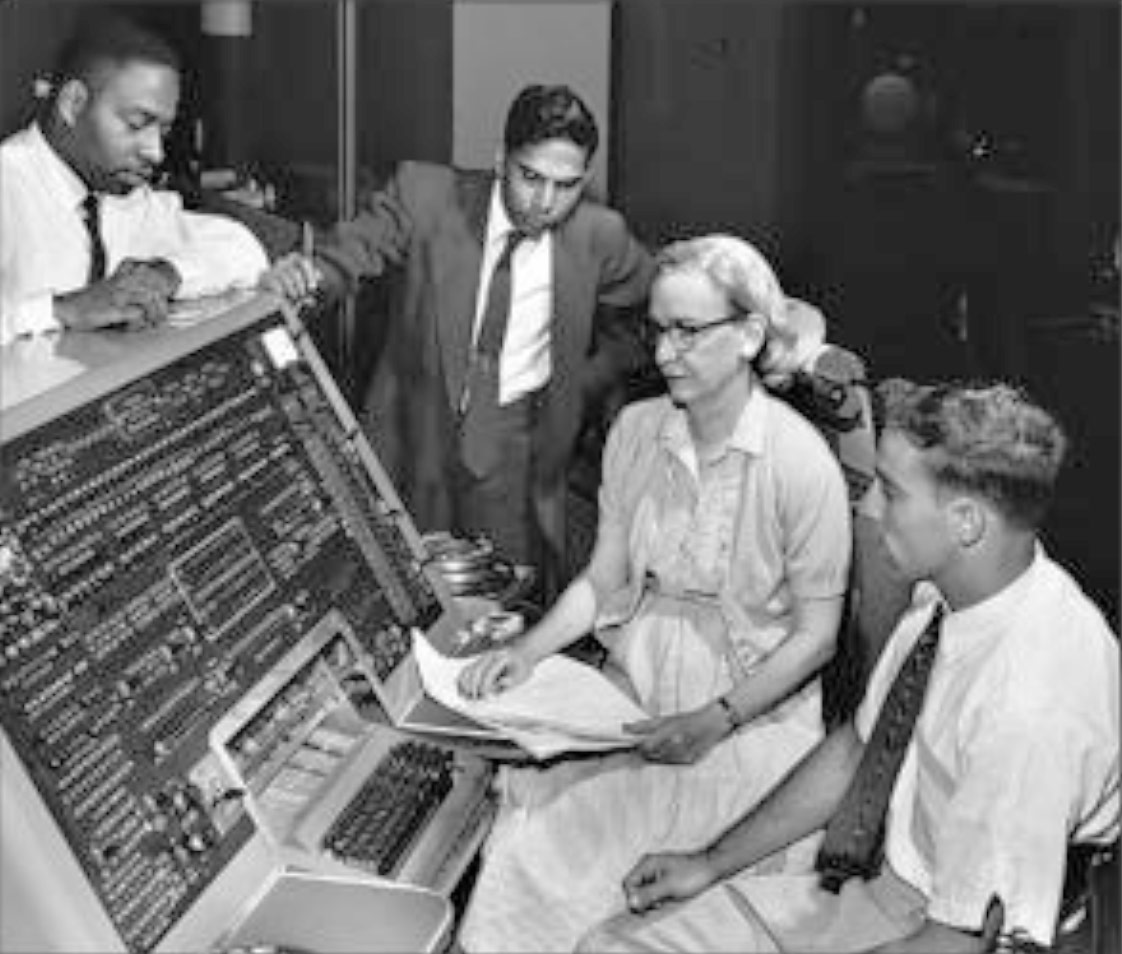 “Amazing Grace” Hopper, the Woman Who Brought the Navy into the Digital Age by Kathleen Broome Williams

When Grace Hopper volunteered for the war effort in 1943 as part of the Naval Reserve, she
was assigned to work on the Mark I computer. That assignment changed her life and ultimately all of ours. She was a key figure in the development of the first computers and computer programming languages, and in bringing the US Navy into the digital age. 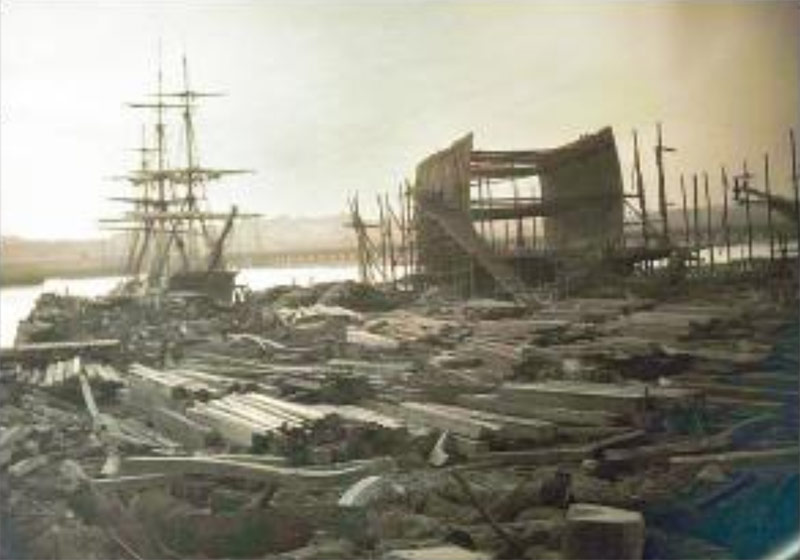 A Matter of Perspective—White Squall vs. the Great Bakery Fire of 1853 by Gary E. Eddey

Late in 1853, fire struck a lower Manhattan bakery and caused untold destruction, burning
down to the waterline the greatest clipper ship ever built. The residents across the river in
Brooklyn, however, remembered the incident from a markedly different perspective.

Mourning the loss of his mother and seeking to ease the pain of his grief-stricken father, Andre Arguimbau set out to transform a 250-year-old former ship’s chandlery into a world-class marine art gallery, where his father’s paintings could be on display and artists could exhibit their work and be embraced by a community with a love of fine art, maritime history, sailing, and the sea. 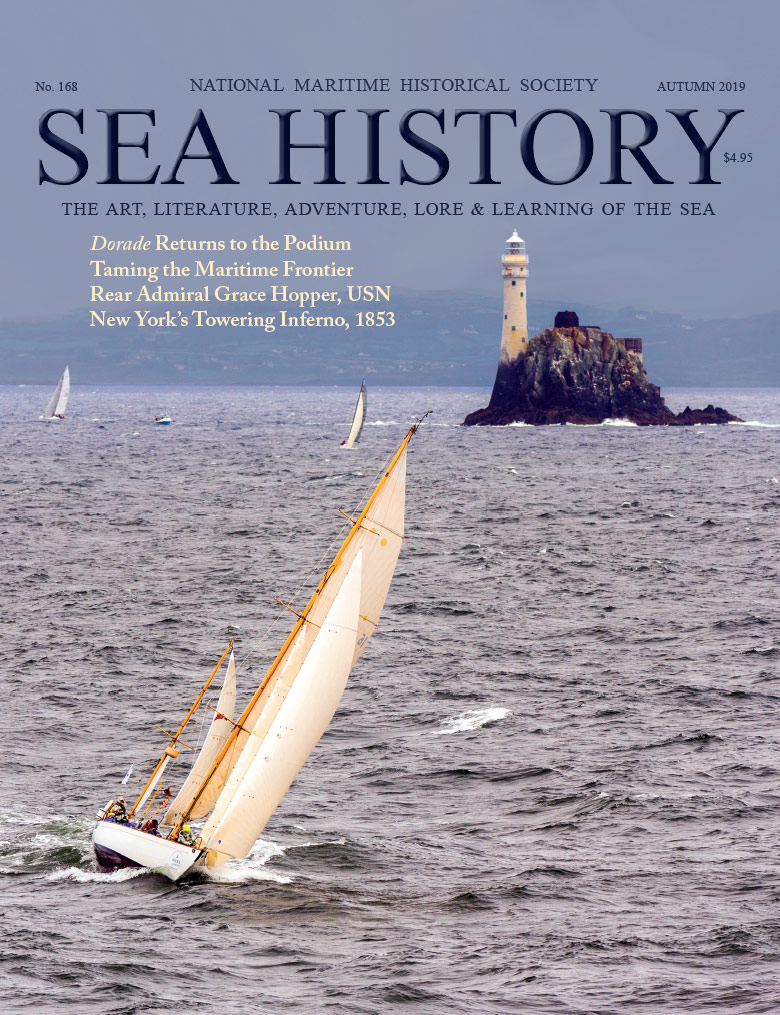