Invites You to Join Us for the
2014 Richard Belliveau Seminar
at the
Navy League of the United States New York Council
Inauguration of the Commodore John Barry Book Award
for American Maritime Literature
Presented to Tim McGrath for John Barry: An American Hero in the Age of Sail 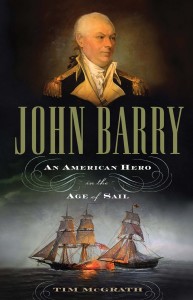 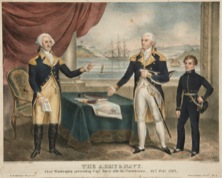 For this year’s Richard Belliveau seminar we take an outing to historic Fraunces Tavern in New York City to participate in the Navy League of the United States New York Council’s inaugural Commodore John Barry Book Award. The award will be presented to Tim McGrath for his biography John Barry: An American Hero in the Age of Sail. A finalist for the Rear Admiral Samuel Eliot Morison Award for Excellence in Naval Literature, Tim McGrath paints an informative, engaging and highly entertaining portrait of John Barry, the man recognized as the first flag officer of the United States Navy. 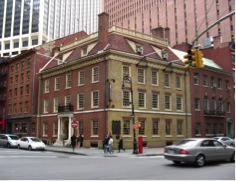 The New York Council, Navy League of the United States created the annual Commodore John Barry Book Award to recognize significant contributions to American maritime literature, and to encourage excellence in research and authorship. The inspiration for this award is the life and service of Commodore John Barry (1745-1803), a Continental Navy hero of the American War for Independence and an original member of the Society of the Cincinnati, later chosen by President George Washington to build and lead the new United States Navy, the successor to the Continental Navy.

Fittingly, the reception will be held in the Flag Gallery of historic Fraunces Tavern, where George Washington bade farewell to his officers in 1783.

Join us for an exciting evening as we celebrate a highly acclaimed author, enjoy a delightful dinner in a historic location, meet fellow members and the Society’s leadership, and enjoy the camaraderie that comes from a shared love of history, ships and the sea!  Dress is business attire. Tickets are $100 per person payable to the National Maritime Historical Society.

We’re sorry but this event is now sold out.  Please contact the National Maritime Historical Society at 914-737-7878, ext. 0 or email NMHS@seahistory.org if you would like your name placed on a waiting list.