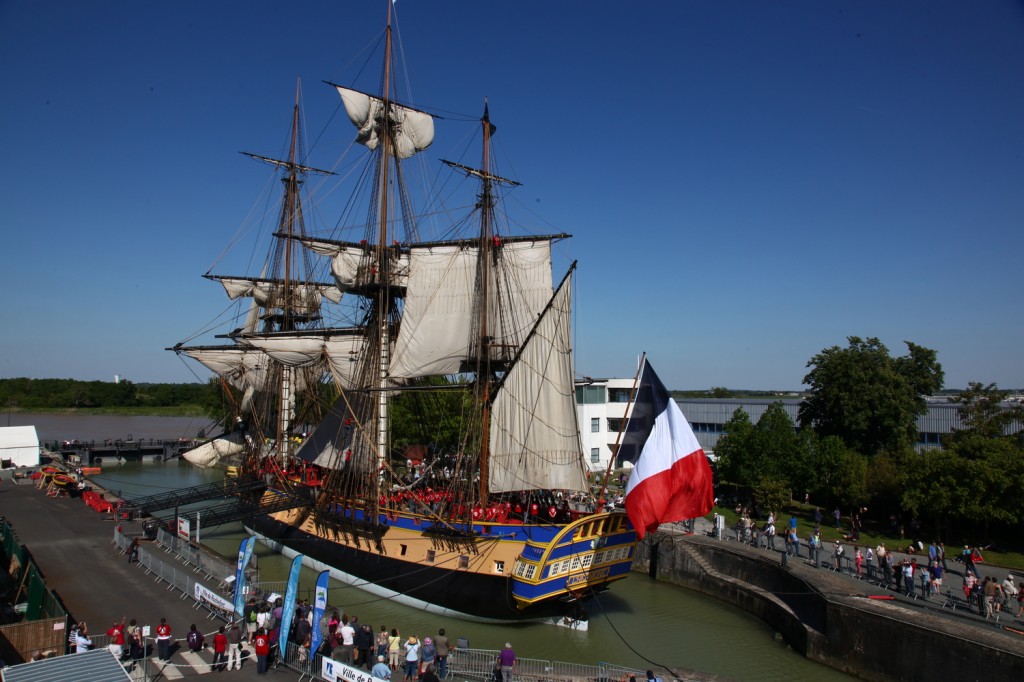 Credit: Friends of Hermione-Lafayette in America

In April 2015, a handcrafted replica of the Hermione,­ the 18th century frigate that brought the young Marquis de Lafayette with French troops back to General Washington, will set sail to the United States from Port des Barques, France—replicating a historic voyage that in 1780 changed the course in our quest for independence and re-affirming the historic relationship between the United States and France.

After years of planning, construction and sea trials, Hermione‘s transatlantic crossing is expected to take 27 days before landfall at Yorktown, Virginia, where the original Hermione took part in the blockade which led to the surrender of Lord Cornwallis and his army. As Hermione moves up the Eastern seaboard, it will be accompanied by a range of pier side activities, including in some ports a traveling exhibition and a heritage village that will be accessible to the public. The Hermione Voyage 2015 is part of an expansive outreach program with cultural events, exhibitions, and educational programs that celebrate the trip and mark its progress. Please see the anticipated itinerary below.

Enthusiasts can track the Hermione’s itinerary and progress online at www.hermione2015.com.  You can also view a short video by Imagine Creations of her fascinating story.

As Hermione prepares for her transAtlantic journey, Smithsonian magazine is featuring an article about Lafayette and his legacy in America.

The Friends of Lafayette-Hermione in America, a non-profit group, supports this exciting adventure—partnering alongside local heritage and nautical groups, students and teachers K-through-12, and many cultural organizations, museums and universities—with a full program of exciting educational, musical, culinary and special events scheduled at each port. To learn more, please visit www.hermione2015.com.