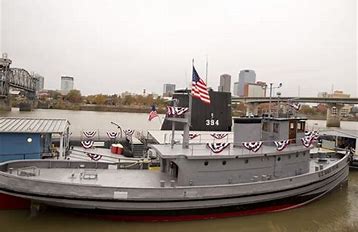 Arkansas Inland Maritime Museum is the only place in the world where you can see two floating Naval vessels that bookend World War II: the tugboat Hoga, designated a National Historic Landmark and recognized for her efforts during the Pearl Harbor attack of 1941; and the submarine USS Razorback, which was in Tokyo Bay during the formal surrender of Japan, ending World War II