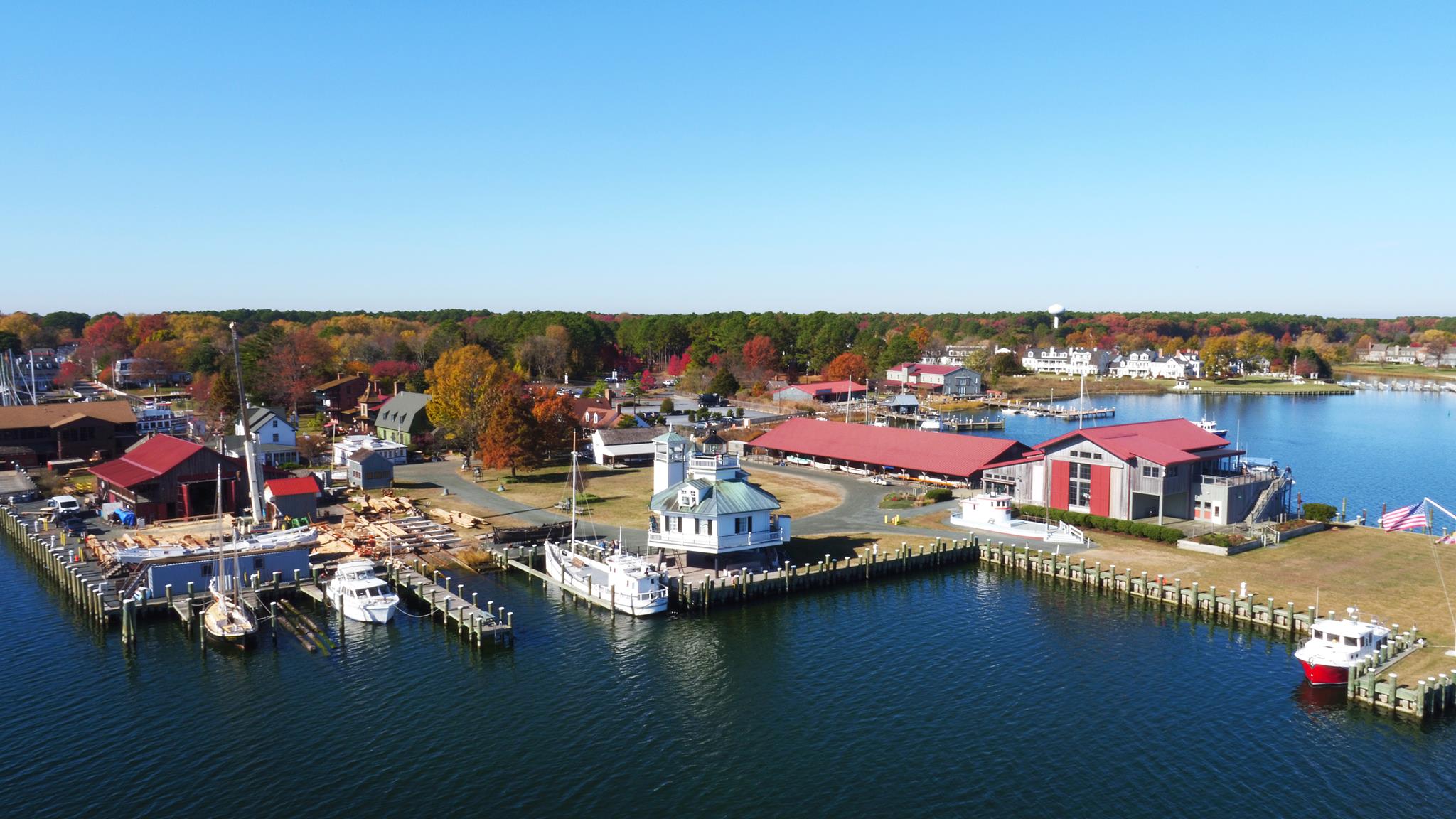 The Chesapeake Bay Maritime Museum was founded in 1965 on Navy Point in St. Michaels, a Talbot County riverfront village on Maryland’s Eastern Shore. The museum’s 18-acre waterfront campus was once the site of a busy complex of seafood packing houses, docks, and workboats. A landmark on the campus, the Hooper Strait Lighthouse, has not always resided in its current location. In 1965 it had been condemned by the United States government and was slated to be demolished. The museum purchased it from the demolition contractor for $1,000 and, through the generosity of the Arundel Corporation, barged it sixty miles north to its new home on Navy Point in 1966. Today, there are 35 buildings, 10 of which house exhibitions that are open to the public.

Ten exhibition buildings trace the geological, social, and economic history of the Chesapeake Bay through the age of sail and the steamboat era to the advent of the gasoline and diesel-powered engines. The museum’s Howard Chappelle research library holds more than 10,000 volumes. The museum’s collection of Chesapeake Bay watercraft is the largest in existence, numbering about 85 boats. Eleven of the collection’s largest vessels are on floating display at the museum’s docks. The Chesapeake Bay Maritime Museum is the only museum devoted to interpreting the entire maritime region of the Bay.