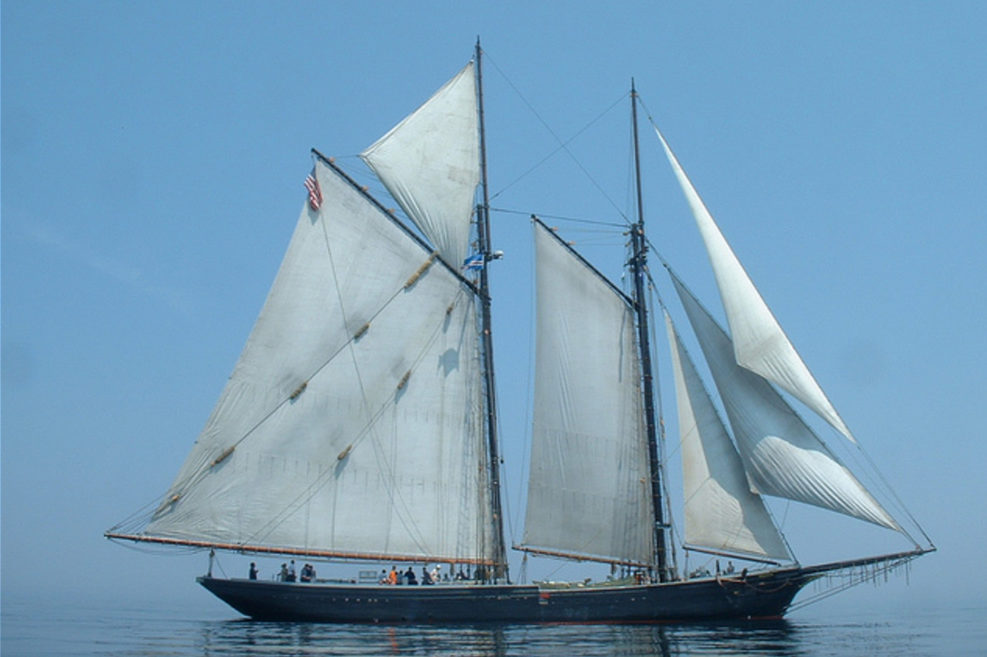 The schooner Ernestina-Morrissey is the official vessel of Massachusetts, and a partner of the New Bedford Whaling National Historical Park (nps.gov/nebe/). She is designated by the Department of the Interior as a National Historic Landmark. Launched in 1894 as Effie M. Morrissey, the schooner is one of only six remaining historic schooners built in Essex, Massachusetts (Mystic Seaport’s L. A. Dunton is another). She carried Gloucester and Canadian fishermen to the Grand Banks in search of cod, and she carried Canadian Capt. Robert A. “Bob” Bartlett with students, scientists, filmmakers and others, on 20 voyages of discovery to the frozen North. The schooner reached within 600 miles of the North Pole.

Since then, tens of thousands of children, college students, teachers, and tourists have benefited from an extensive range of educational and public programs dockside as well as underway. Ernestina-Morrissey is currently undergoing extensive rehabilitation at the Boothbay Harbor Shipyard in Maine to prepare her for her future activities.

Ernestina has served as a platform for a broad educational experience, from historical and cultural topics to science and mathematics, the environment and sailing. She sailed as an educational vessel until 2005. When Ernestina-Morrissey returns from her rehabilitation in 2019, new programs will be offered. Check back to the website www.ernestina.org for information as future plans are confirmed.