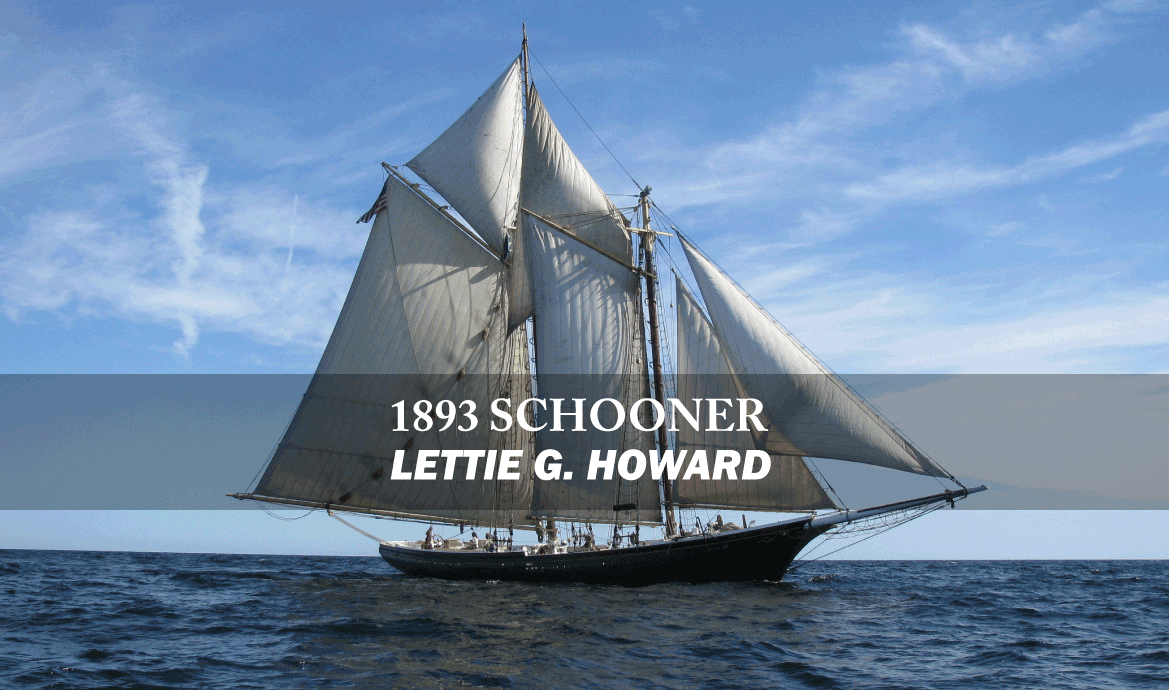 Lettie G. Howard is the sole surviving example of a Georges Bank fishing schooner. Built in Essex Massachusetts, she exemplifies the type of craft used widely from Maine to the Gulf Coast. Operating out of Gloucester for her first eight years, Lettie was similar to the schooners that carried their catches to New York City’s Fulton Fish Market. In 1901 the E. E. Saunders Company of Pensacola, Florida, purchased Lettie for fishing off Mexico’s Yucatan Peninsula.

Completely rebuilt in 1923, she was fitted with her first auxiliary engine a year later. She remained in the Gulf of Mexico until 1968, when she was sold to South Street Seaport Museum in Manhattan. She was designated a National Historic Landmark in 1989. Between 1991 and 1993 the museum completely restored her to her original 1893 appearance, while outfitting her to accommodate trainees on educational voyages. Characterized by her classic fishing schooner appearance and a lovely head-turning sheer, Lettie has long been an adored favorite among historic vessels.

Schooner Lettie G. Howard is available for sailing programs for camps, schools, and groups from May through October. Each program fully integrates participants into all aspects of operating the vessel from the moment they step aboard. Alongside a professional crew of seven, the trainees will learn to raise and handle sail, stand lookout, navigate, and steer the ship. In addition to seamanship skills, the participants will have training and classes in weather, navigation, sail theory, marine biology, and maritime history.