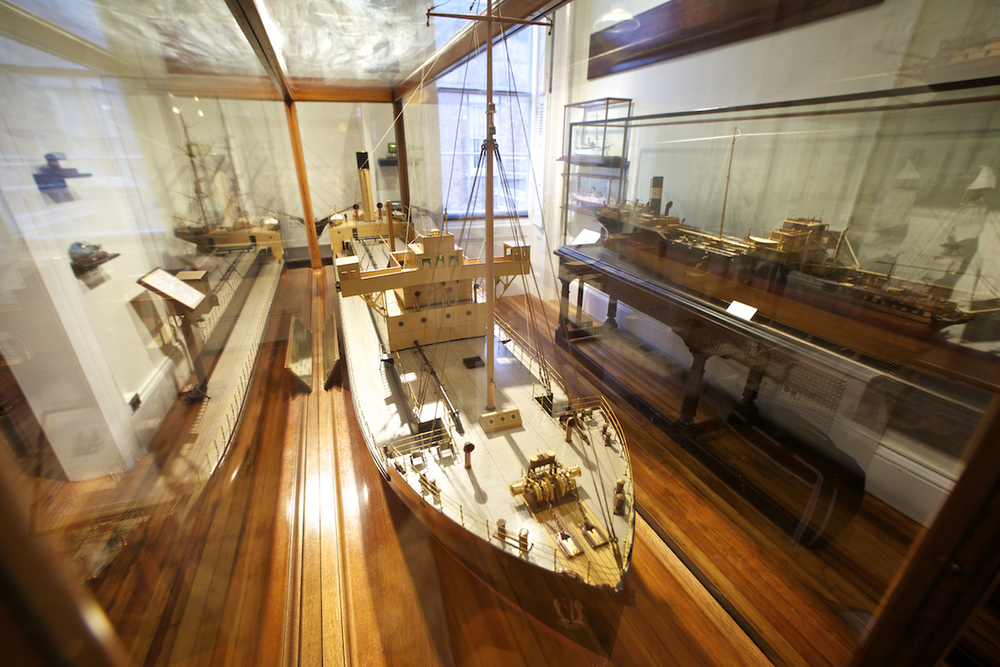 The museum is located at Snug Harbor Cultural Center, once home to Sailors’ Snug Harbor, which cared for mariners on Staten Island from 1833 to 1976. Its Greek Revival buildings are now National Historic Landmarks; Noble lent his voice to the preservation efforts. In 2010 the Sailors’ Snug Harbor Trust placed its art and artifact collection at the museum, which we use to interpret its history. The museum was founded in Noble’s Staten Island home in 1986, and in 1992 moved to Building D at Snug Harbor, a derelict former dormitory.

The Noble Crew, a coalition of volunteers, contributed $1 million of labor and materials to rehabilitate the building, and the New York City allocated $2.4 million. The museum has galleries, classrooms, a library, archives, and a print studio. The centerpiece is Noble’s 19th-century houseboat studio, restored and installed within the museum.

In 2010 the museum became the steward of Robbins Reef Lighthouse in New York Bay, and the Noble Crew is following a twelve-year plan to restore and open it to the public.

The Noble Maritime Collection offers programs for students in pre-K through high school at the museum and in schools. The museum’s programs meet Common Core Learning Standards in visual and performing arts, social studies, math, science, and language arts. In line with the museum’s mission, history and art are taught through character-based programs including Young Jack’s Voyage, Lady Liberty, Annie’s Journey to America, and the newest offering, Kate’s Home in the Harbor, based on the history of Robbins Reef Lighthouse. The museum’s printmaking and watercolor classes encourage students to use their creativity, regardless of ability, to express themselves. Classes are taught on weekday mornings and are approximately 90 minutes long. Character-based classes are $5/student; printmaking and watercolor classes are $8/student.

The Noble Maritime Collection offers educational and entertaining programs for adults and families that further our mission of celebrating the traditions of the working harbor, specifically singing, knitting, and writing. These diverse programs, largely attended by seniors, have established the museum as a welcoming community arts center.

Sea Shanty Sessions, sing-alongs led by the Folk Music Society of New York, are held on the third Sunday of each month from 2 to 5 PM and attract musicians, folk singers, and people of all ages.

CloseKnit, a free, open enrollment program mostly attended by seniors meets at the museum from 2 to 4 PM on the first Thursday of each month to knit hats and scarves for needy families via the Coalition for the Homeless and mariners via the Seaman’s Church Institute.

The museum also offers series of informative speaking programs and family-friendly concerts throughout the year.