The National Maritime Historical Society’s 2015 annual meeting was held this past weekend in Annapolis, Maryland, hosted by the US Naval Academy Museum and its senior curator, James Cheevers. For those who couldn’t attend, we’d like to share this brief recap. 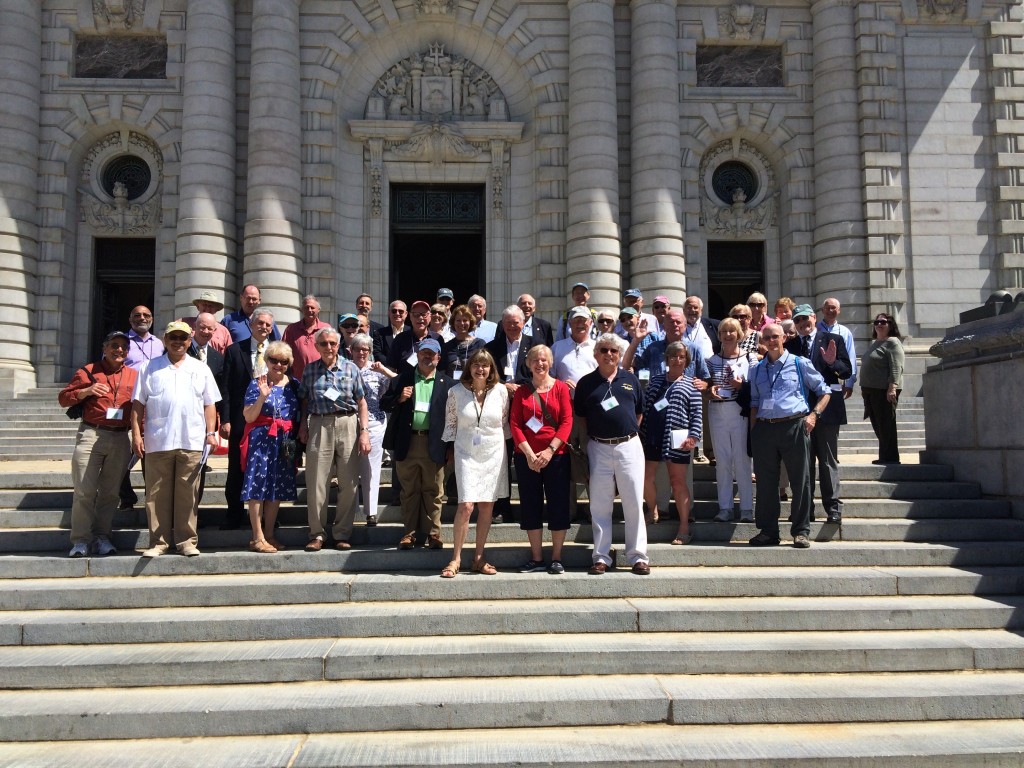 On the steps of Bancroft Hall, USNA

The weekend was launched with meeting of the board of trustees, followed by a dinner with the trustees and NMHS staff. Highlight of the evening was the welcome extended to new trustee-elect ADM Robert J. Papp Jr., USCG (ret.). ADM Papp was the 24th commandant of the United States Coast Guard, retiring in May 2014, and 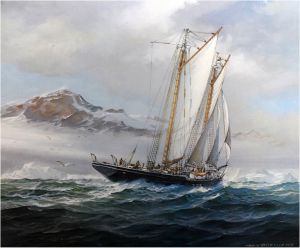 was appointed the US special representative for the Arctic in July of that year. A longtime NMHS member, ADM Papp has been recognized with the NMHS Distinguished Service Award as well as the NMHS Bravo Zulu Award. As part of his welcome, ADM Papp was presented with a lovely Thomas Wells print of the Effie M. Morrissey (now the Ernestina-Morrissey, the flagship of Massachusetts).

Saturday began with breakfast in the US Naval Academy Museum followed by the business meeting and maritime heritage reports at the officers’ club. Lunch was served at the officers’ club when the meeting was done. Sea History editor Deirdre O’Regan presented the Rodney Houghton award for the best article in Sea History to Kathleen Ciolfi and Geoff Carton for their article “EXPLOSIVES, See Note C: the Unusual End of SS Robert Louis Stevenson” (SH 149). Ms. Ciolfi and Mr. Carton talked about their work for the Army on documenting munitions that have been dumped on the sea floor, and how the research into this task revealed all kinds of stories, and this was one of them. They also mentioned in their acceptance remarks that, after the article was published in Sea History, they were contacted by a gentleman who served in the Navy and was part of the crews that participated in the operations. He was able to give them firsthand details about this story, rounding out the history they were able to find in Navy records. 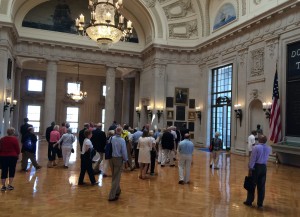 After lunch, Jim Cheevers gave what one guest called “a really personal and enthusiastic tour” of the John Paul Jones crypt, the US Naval Academy campus, and Bancroft Hall, followed by a fascinating tour of the museum itself, with countless stories about individual pieces, such as how artifacts came to the museum’s collection. We could not have asked for a better guide. Jim Cheevers was recently recognized for fifty years of government service—47 of them with the Naval Academy—and a first-floor gallery was named for him! 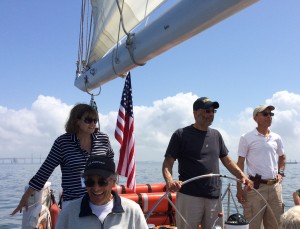 Trustee and Vice Chairman Rick Lopes at the helm.

The weekend was capped off with a lovely daysail on Sunday aboard the Scarano-built schooner Woodwind, with owner/captain Capt Ken Kaye. The Kayes’ daugher, Jen, operates Woodwind’s sister schooner, Woodwind II. Jen was introduced to the sea as a SEAmester student on the Spirit of Massachusetts in 1990, with Capt. Bobby Hall and Southampton College professor Doug Hardy. She came home and persuaded her parents to make a change of career and the rest, as they say, is history.

It was a wonderful and educational weekend. The weather smiled down upon us the whole time, and we hope that everyone in attendance had as good and rewarding a time as we did. Thank you to all who made this annual meeting possible, and for continuing to support NMHS. 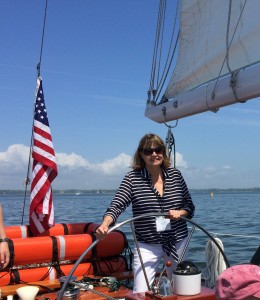