In the Pages of Sea History 152

The National Maritime Historical Society Annual Awards Dinner, 2015
NMHS will recognize the contributions of two very special honorees this October in New York City for their decades of service and commitment to promoting our maritime heritage and for their support of historic ship preservation.

He Couldn’t Have Done it Without Her—Exy Johnson’s Seafaring Legacy
by Eleanore MacLean
Irving Johnson is considered a legend by many in the sail training community; his wife, Exy—the ship’s secretary, editor, food manager, and linguist—was an integral part of the success of their seven world voyages.
Read this featured article

Maritime Heritage Funding Bills Introduced in US House and Senate—Action Needed
by Dr. Timothy J. Runyan
The 2014 grants have been awarded, but more effort is required to keep the funding coming. Wavertree On the Ways
by Peter and Norma Stanford
South Street’s flagship has left Manhattan for a long-awaited restoration. The Stanfords, who have played a key role in Wavertree’s survival as a museum ship, reflect on the day she made her arrival in 1970 in an excerpt from their recent book, A Dream of Tall Ships.

Attack on Cape Florida Light, 1836
by C. Douglas Kroll
The lonely routine of the lighthouse keeper was often punctuated by acts of high drama, usually related to ships in distress, but the Cape Florida Light’s keeper and his assistant ran into another kind of trouble the night they were attacked by a band of Seminole Indians in 1836. Through the Eyes of a Waterman—The Art of William E. Cummings
by Kathi Ferguson
Across the decades of his life as a Chesapeake Bay waterman, Bill Cummings documented the experience through his art. Cummings died last year, leaving behind a collection of paintings that reveals the lives and work of those who grew up fishing the waters of the bay.

Captains and Their Ladies
by Tim McGrath
Behind every great man, there is a great woman: author Tim McGrath shares some of the stories of the women associated with the sea heroes of the Continental and US Navy. 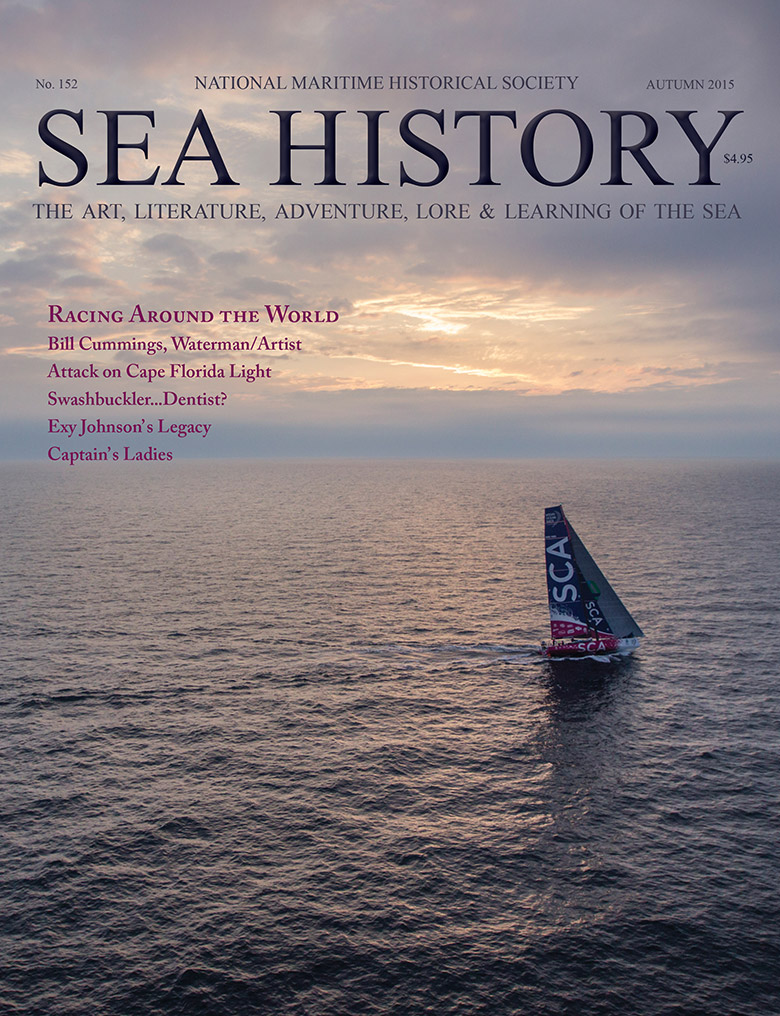