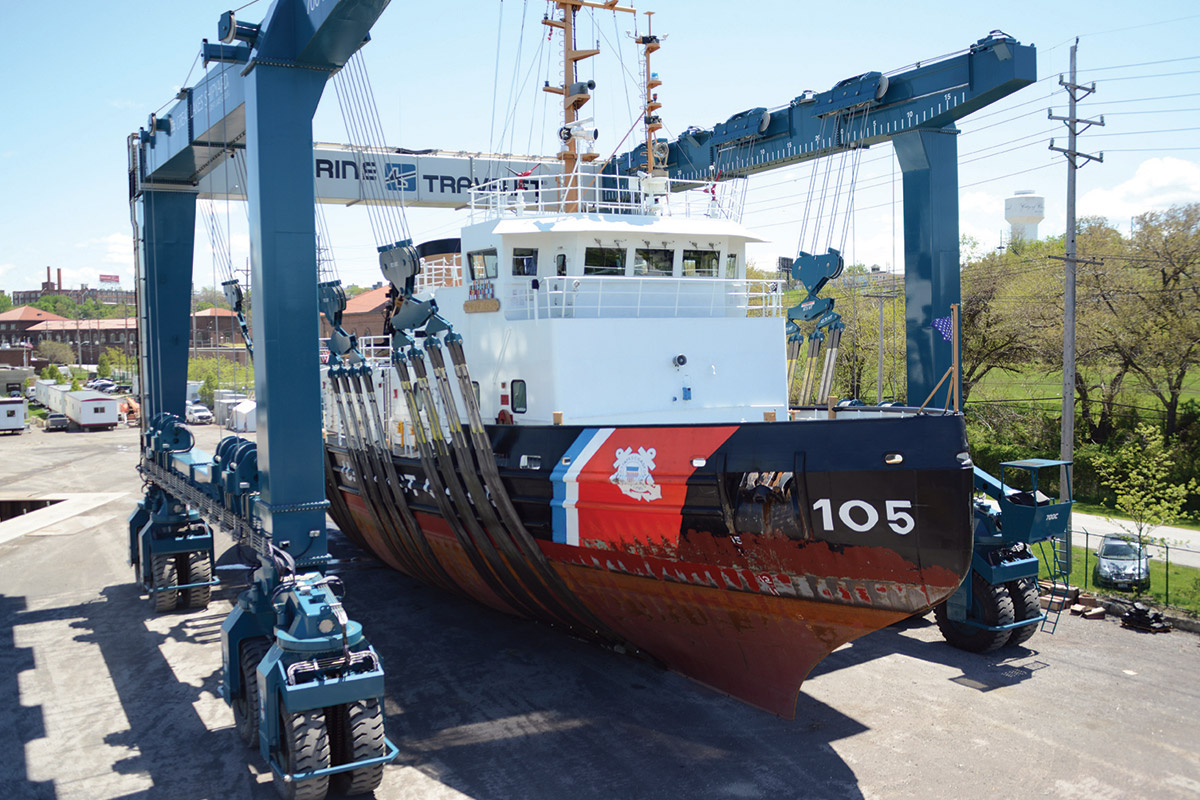 A 770-ton capacity Travelift carries the 140-foot USCG Cutter Neah Bay across the grounds of the Great Lakes Shipyard in Cleveland, Ohio, for routine maintenance.

Ships, like any vessel or vehicle, need regular maintenance to keep them sailing safely and efficiently. Need your car fixed? You take it to the shop and the mechanic can put the car on a lift to access the undercarriage. Need to get your ship’s hull worked on? You’ll have to take it to a shipyard and have them do something similar.

How does one go about getting a ship, especially a big ship, high and dry out of the water? There are few ways to go about this. Historically, sea captains would careen their vessels in shallow water by either heaving it over on its side while it was still afloat or by anchoring in shallow water at high tide and then waiting for the tide to go out. The vessel would touch bottom, and, as the tide went out, lay over on its side. Pirate captains were particularly fond of this technique because they were usually on the run and couldn’t exactly come into port to hire the services of a shipyard. 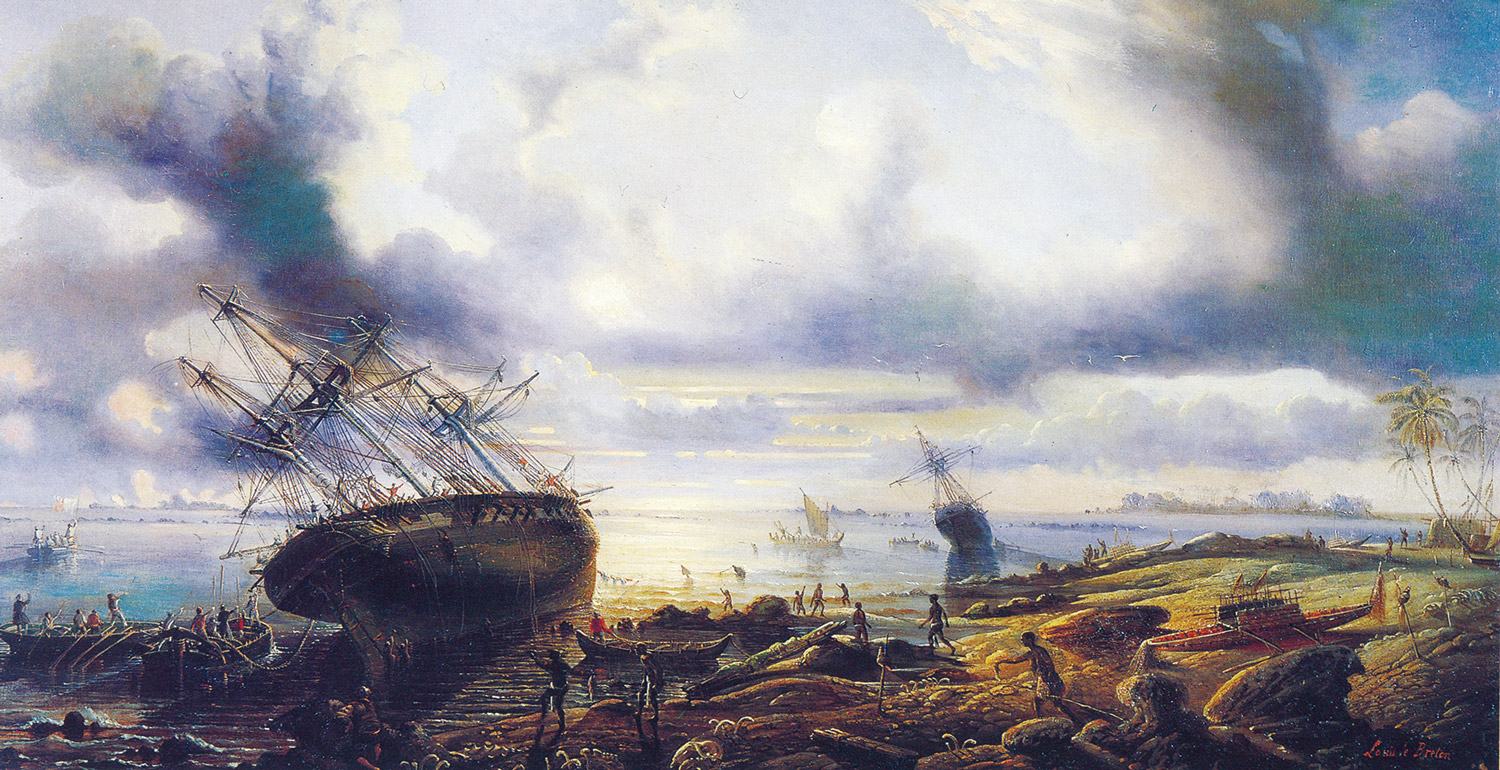 Today, shipyards have a number of ways to access a ship’s hull all the way down to the keel, either by hauling it out of the water or by floating the vessel into a basin that can be sealed off and the water pumped out. Marine railways (also called patent slips) and mobile boat hoists are the most common methods of hauling a ship out of the water.

A dry dock operates much like a canal lock, in that the ship is floated into a narrow basin, a caisson or heavy gate seals off the open end, and then the water is pumped out until the ship is high and dry out of the water. Marine railways have been around since the early 19th century.

The first self-propelled mobile boat hoist (usually called by its manufacturer name, Marine Travelift) was first put in service in the 1950s. The dry dock, however, has been in use since ancient times. The Greek writer Athenaeus of Naucratis wrote about the Egyptians using trenches as a type of dry dock more than 2,400 years ago, and in the year 1070, the Chinese dug a basin at the end of a lake and used it in a similar fashion to successfully to work on the hulls of vessels more than 200 feet in length. It took another couple of hundred years for this method to catch on. Dry docks were built across Europe starting in the 16th century, and they are still in use around the world today.

The most common type of dry dock is a narrow basin, either built out from shore or dug into shore, lined with granite or concrete, and can be closed off by a caisson. The ship is floated into the basin and positioned over a cradle or support blocks, and secured on all sides by mooring lines. The caisson is positioned across the dry dock opening and additional timbers—or shores—are put in place around the ship to prop up the hull once the water is pumped out. Next, the pumps are started and the water is pumped out.

When the shipyard work is completed, the process is reversed until the ship is floating again. There are also floating dry docks, which operate in a similar fashion, but can be moved or floated into position.