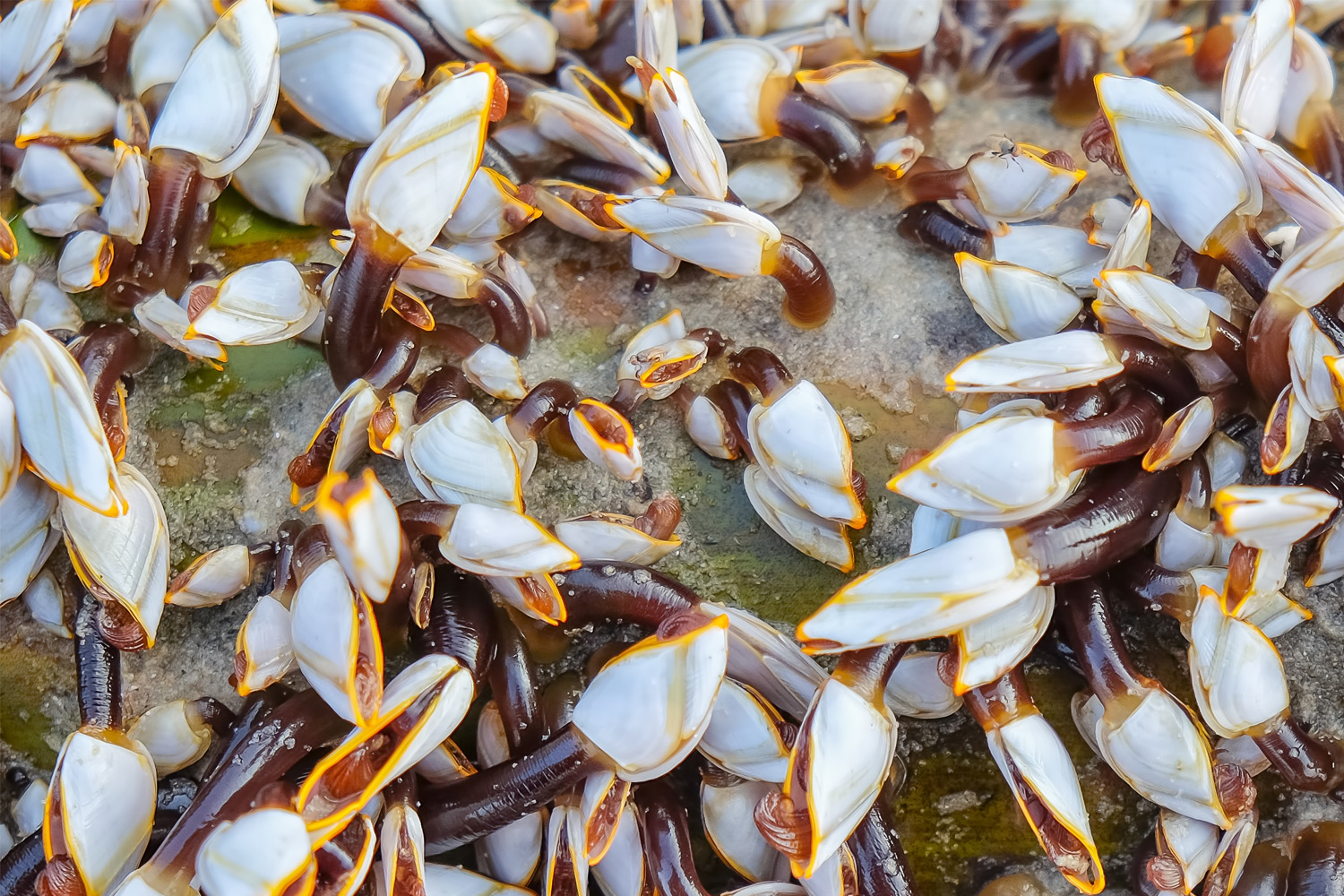 Scientific Name:
Cirripedia
A barnacle is a marine crustacean with an external shell, which attaches itself permanently to a variety of surfaces. Barnacles feed by filtering particles from the water using their modified feathery legs. Barnaclesare a type of arthropod constituting the infraclass Cirripedia in the subphylum Crustacea, and is hence related to crabs and lobsters. 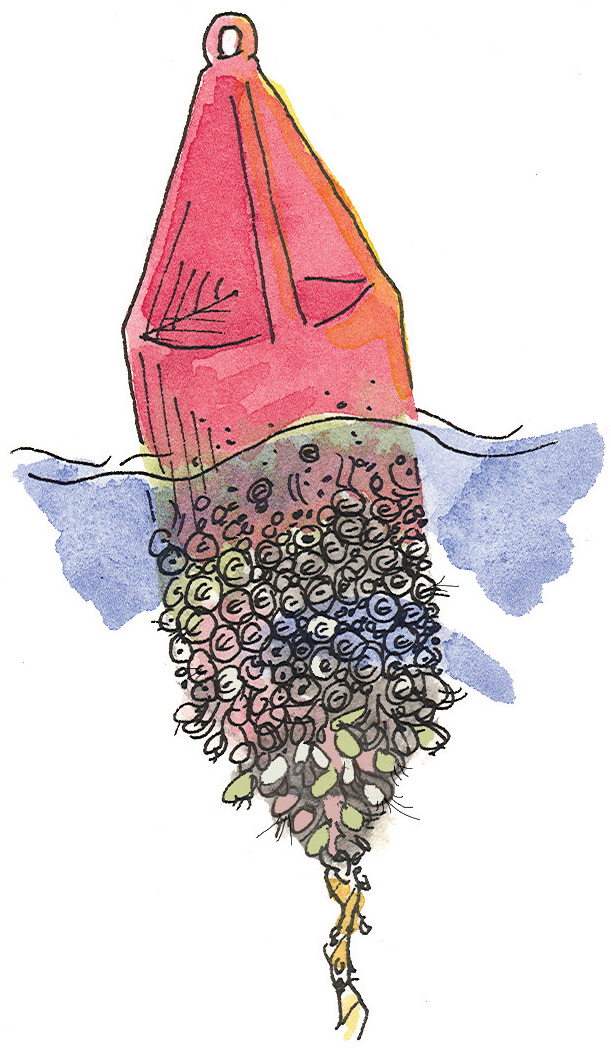 If you want to be a barnacle, you’ve got to turn upside down and catch food with your feet. Born from an egg, you float around for a while as plankton, then you need to decide where to spend the rest of your life. You are fragile and squishy, so you need to build yourself a shell so you don’t get smushed or eaten. You’ll still live in water, at least most of the time, but to keep from drifting all over the place you’ve got to attach to something with a powerful, waterproof glue. If you want to travel, choose a boat bottom, some whale skin, a turtle shell, or even a penguin’s foot. Rather stay put? Stick to a rock, a buoy, or a wharf piling.

As a crustacean, your relatives are shrimps and lobsters. When water flows by, you open the hatch of your shell and catch food with your skinny, hairy legs, called cirri. There are about 900 barnacle species, but the best-known kinds are acorn barnacles and stalked barnacles. Acorns are the compact ones on rocks that look like tiny volcanoes; stalked are the ones with soft stems and a shell casing at the tip. Stalked barnacles are more common on floating objects out at sea.

No one is certain of the origins for the word barnacle, but it seems the Barnacle Goose had the name first. The story goes that medieval naturalists found logs washed ashore, covered with stalked barnacles. They thought these creatures looked like larval geese because of their long necks and wing-like ends with feathery cirri poking out. For hundreds of years, naturalists believed that a type of tree existed that grew these birds. In 1599, Richard Hakluyt wrote: “There stand certaine trees upon the shore of the Irish Sea, bearing fruit like a gourd, which…doe fall into the water, and become birds called Bernacles.” Today, stalked barnacles are also called goosenecks. 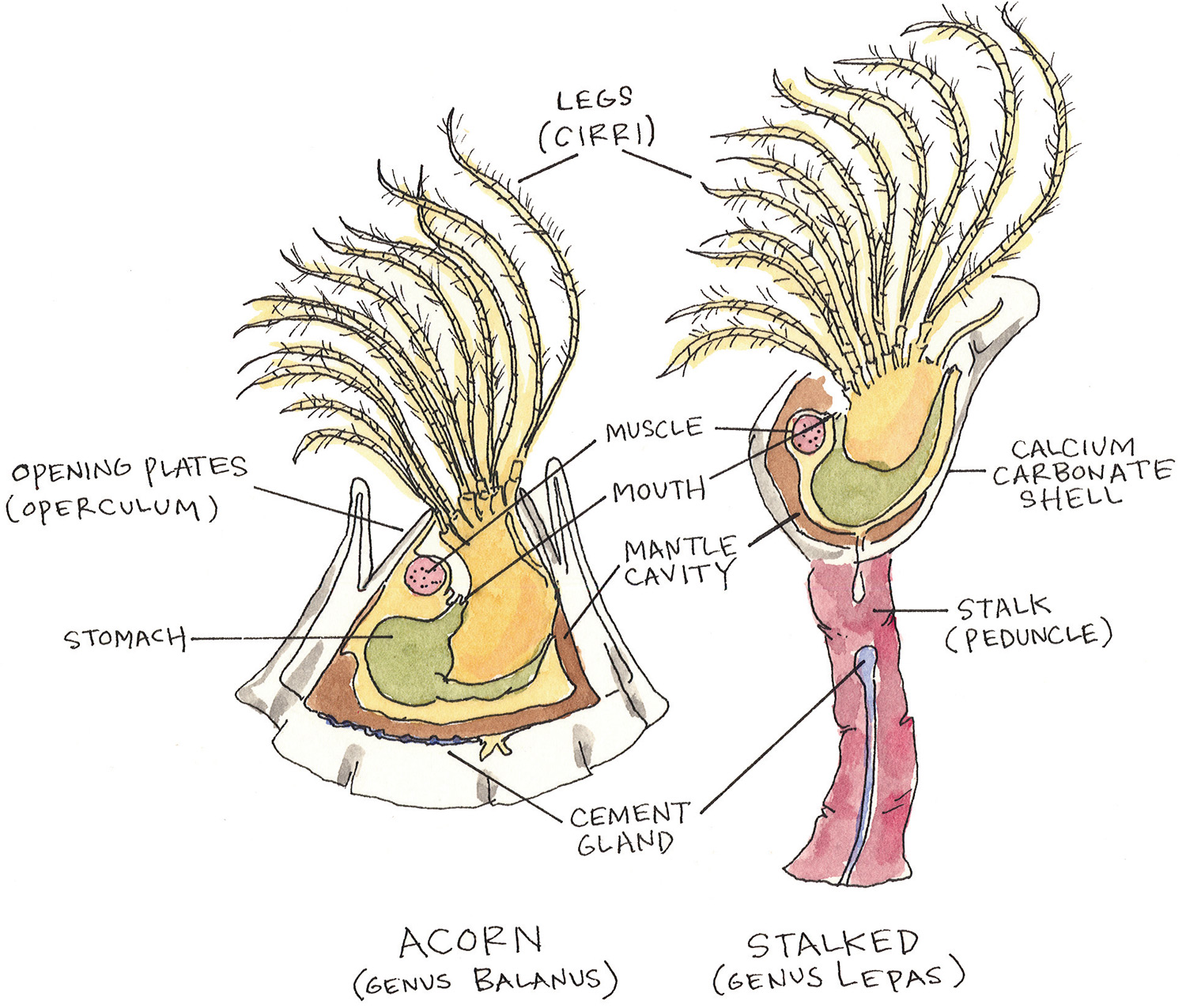 If you’re going to be a barnacle, I’ll be honest and tell you most mariners hate your guts (more your shells). You and all your buddies collect in amazingly large numbers on the hulls of ships. This slows a vessel down, adding more time to a voyage. So, the ship needs more supplies, fuel, and expensive paint to keep off more of your friends. Even when you die, your shell stays glued tight to whatever surface it’s on. Barnacles can clog the water pipes of engines and do other damage to ships. 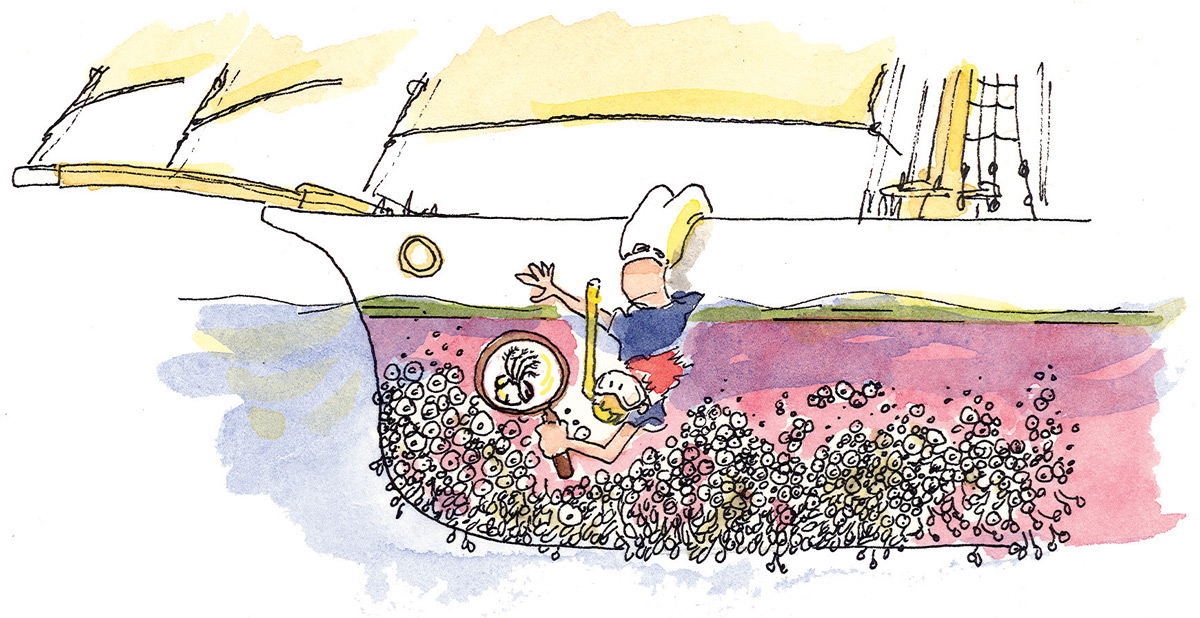 Thousands of Barnacles, small and great,
Stick to the jolly old Ship of State;
So we mustn’t be cross if she seems to crawl—
It’s rather a marvel she goes at all.

Not everyone dislikes you, though. For soups and chowders, chefs like to boil you up, especially your larger relatives that can grow almost as long as this sheet of paper or just as wide at their base. Shipwrecked mariners are overjoyed to find barnacles to eat. The most famous example is after a whale smashed up the whaleship Essex in 1820 in the middle of the Pacific Ocean. Some of the starving sailors survived in part by eating stalked barnacles growing underneath their small boats. In Edgar Allan Poe’s novel The Narrative of Arthur Gordon Pym, shipwrecked sailors survive by eating barnacles, and Thor Heyerdahl and his crew enjoyed the barnacles beneath their raft Kon-Tiki on their voyage across the Pacific. Japanese farmers have raised barnacles for fertilizer.

Scientists like to study you. Before Charles Darwin wrote The Origin of Species, he spent eight years writing four volumes on barnacles. US Coast Guard biologists can determine how long a vessel has been at sea, based on the accumulation of barnacles on the hull, and marine ecologists study how ships deliver invasive barnacle species to ports around the world. 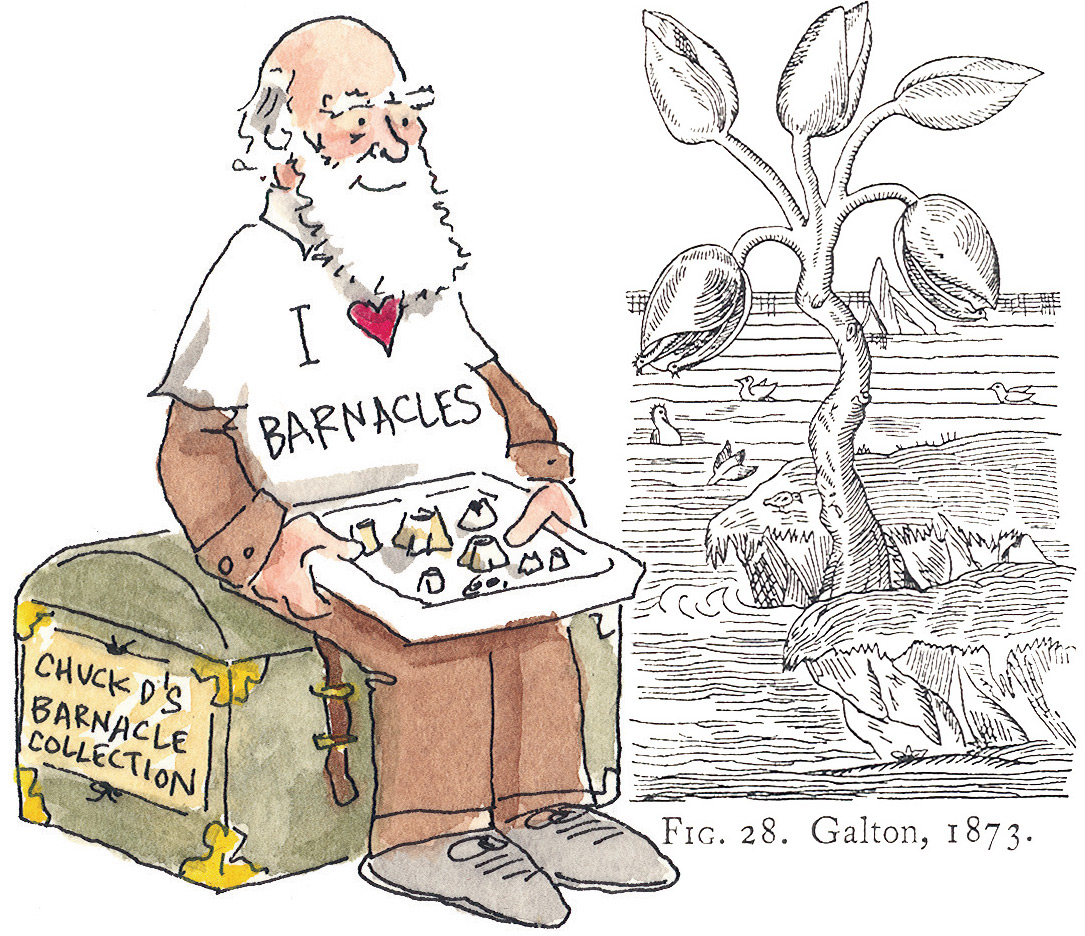