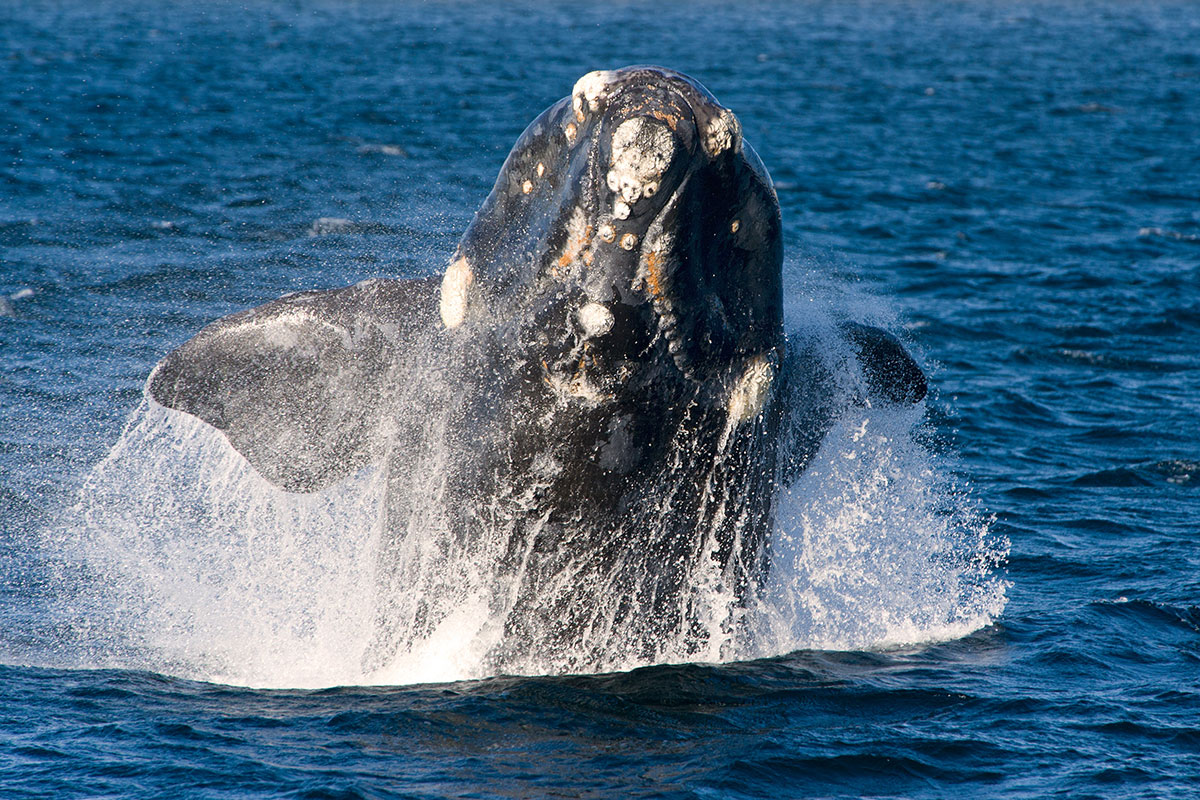 Bonnet of the Southern Right Whale

In the great American novel Moby-Dick, Ishma­el says he is particularly fond of a painting by the French artist, Ambroise Louis Garneray. He believes this work of art ac­curately depicts the hunting of right whales, and he especially appreciates the details in which “sea fowls are pecking at the small crabs, shell-fish, and other sea candies and macaroni, which the Right Whale sometimes car­ries on his pestilent back.” 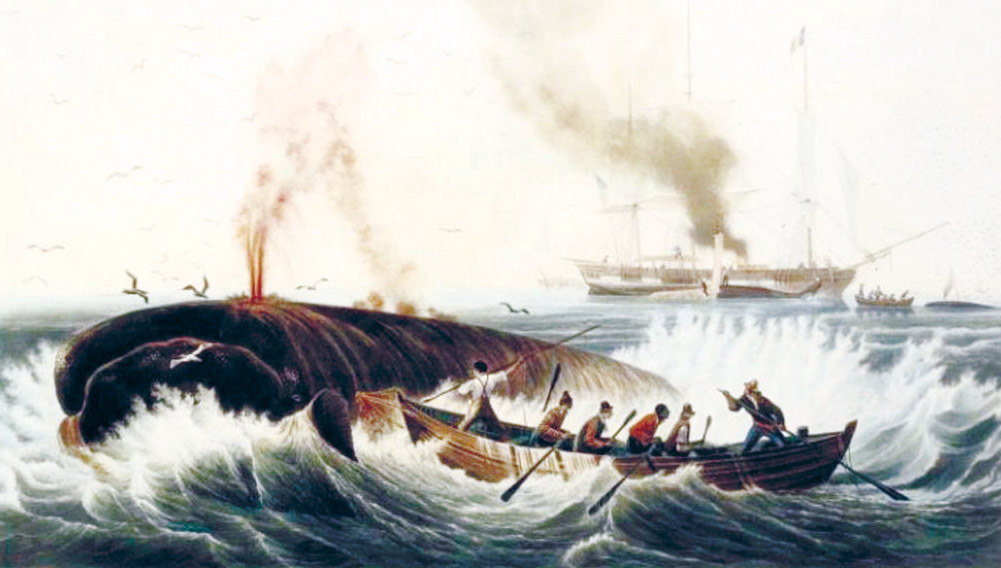 Later in the story, Ishmael describes again the little ecosystem that forms on the right whale’s skin: “Fix your eye upon this strange, crested, comb-like incrustation on the top of the mass-this green, barnacled thing, which the Green­landers call the ‘crown,’ and the Southern fishers the ‘bonnet’ of the Right Whale.” 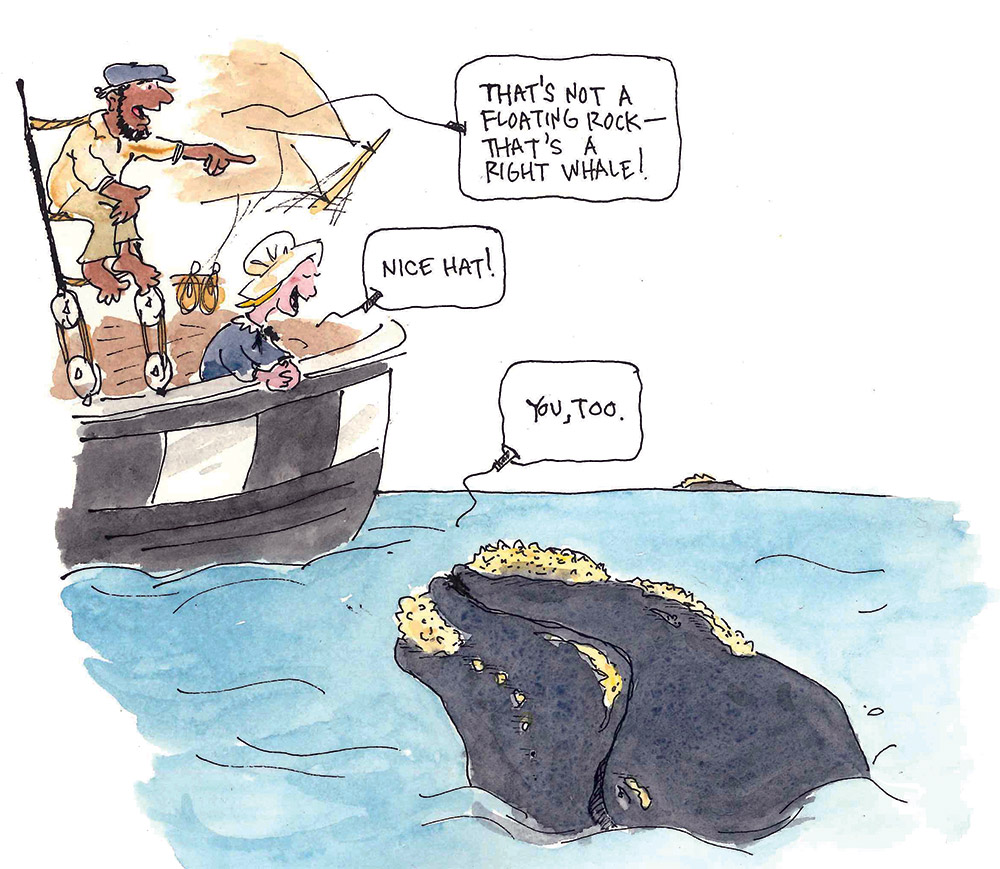 What on a whale could look like a frilly cotton cap?

Herman Melville published Moby-Dick in 1851. He had spent over two years as a whaleman himself in the South Pacific. So, when he wrote about whales, he took care to get the biology as correct as he could, both from his own experience and his vast read­ing on natural history.

Today biologists refer to the patches of hard, dark skin tissue on a whale as the callosities. Nat­uralists used this word in Mel­ville’s day-but more for calluses and patches of rough skin on land animals. Within the first several months of life, each right whale develops a tough keratinized tissue on his or her lower lip and chin, above the eyes, and from the tip of the upper lip to back around the blowhole. Once formed, the whale callosities are then colonized by small invertebrates, in particular by two kinds that give the callosities color-cyamids and barnacles. Rather than using fluke or fin characteristics, modern­day scientists identify individual right whales by pho­tographing this pattern of growth on their heads. 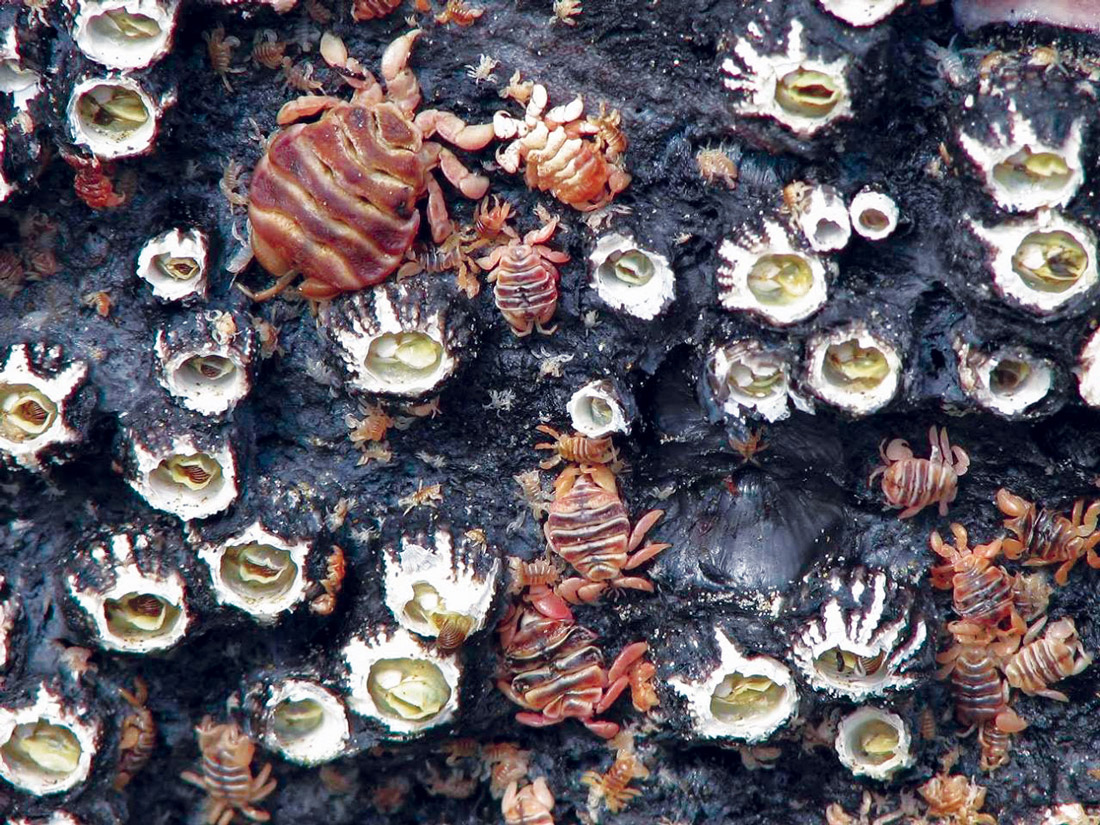 Close-up view of the barnacles and cyamids on the callosity of a southern right whale, a.k.a. “sea candies.”

The second type of animal living on the right whale’s crown is a barnacle. Twenty or so species of “whale barnacles” live on all kinds of marine mammals, but the southern right whale is the only one of the three right whale species that regularly hosts bar­nacles on its callosities. The southern right whale is also the only species of baleen whale that we know with confidence that Melville saw up close during his time as a whaleman. He might have seen the lovely Tubicinella major barnacle, for example, which is common on the right whale. This barnacle builds an accordion-style column of shell that burrows deeply into the cal­losity so it can hang on. The green color that Ishmael describes in Moby-Dick could be from algae growing on the shells of the bar­nacles and a tinge of the color of the skin callosity itself. 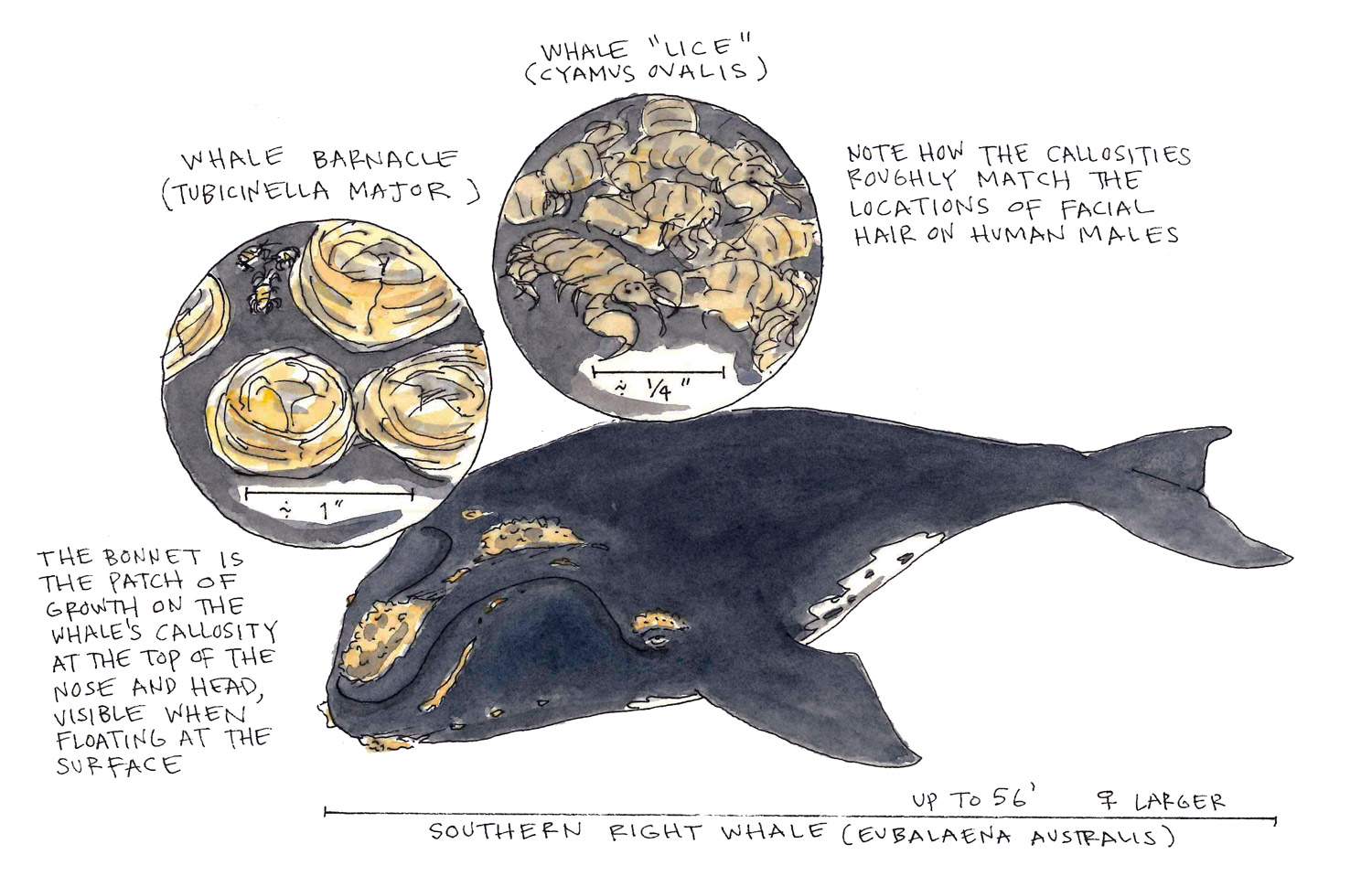 Herman Melville was not the only person in the 1800s to return from a whaling voyage and write about the living bonnet of the right whale. In 1840 Frederick Bennett, an English surgeon and naturalist traveling on a whale­ship, wrote that “the True-Whale [Right Whale] of the South … has its body encrusted with barnacles and other parasites, often to the extent of resembling a rugged rock.” In 1855 a whale man sailing aboard the Clara Bell in the South Atlantic wrote this in his journal:

“The right whale is a very dirty mam[m]al compared to others of the same tribe. I have noticed they are covered with small insects very much resembling crabs-about half an inch in diameter. On the end of their nose is a bunch of barnacles about 18 inches wide. This the whale­men call his bonnet-and when you see a whale just rising out of water it has the appearance of a rock, the bar­nacles are enormous-as much as two inches deep-the boys often roast them and eat them the same as oysters.”

Right whales seek out enormous patches of zoo­plankton for food, and the attached barnacles feed off the smaller plankton that float around their hosts, while the cyamids primarily eat flakes of the whale’s skin. Although there’s no evidence that these barnacles and cyamids are actually parasites-meaning that they harm the whale-it is possible that either of these hitchhikers can introduce irritation and, just like on a boat, may, in large concentrations, reduce the whale’s swimming efficiency.

So when Herman Melville wrote in Moby-Dick of the right whale’s “crown” or “bonnet,” he was writing accurately, if poetically and humorously, about the barnacles and cyamids that colonize the callosities of living right whales. Now, if someone offers you sea candies to eat-you might want to be careful.

For more “Animals in Sea History” or educators.mysticseaport.org.