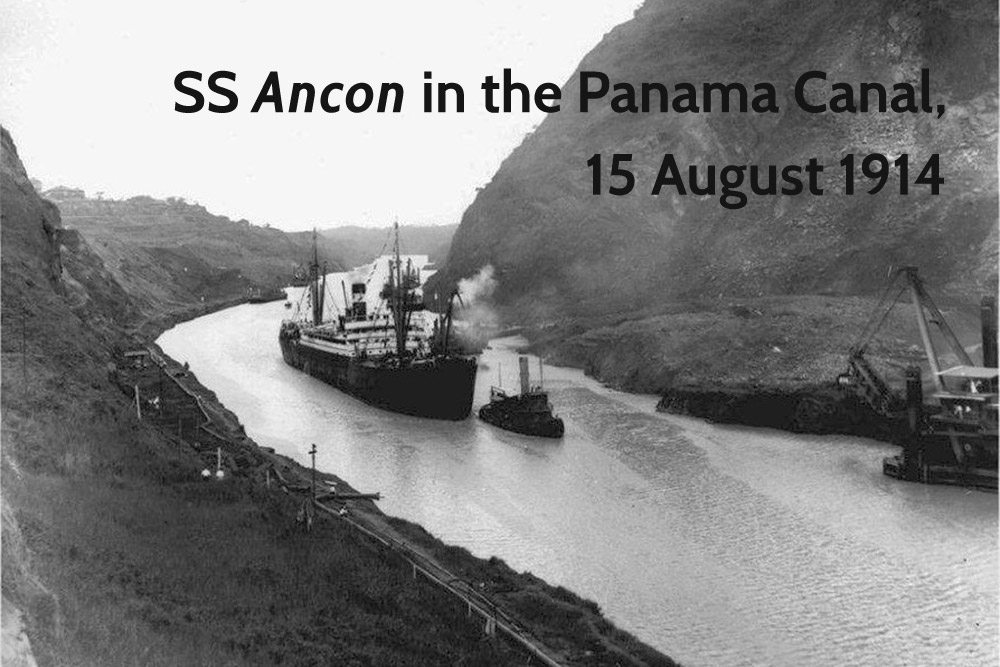 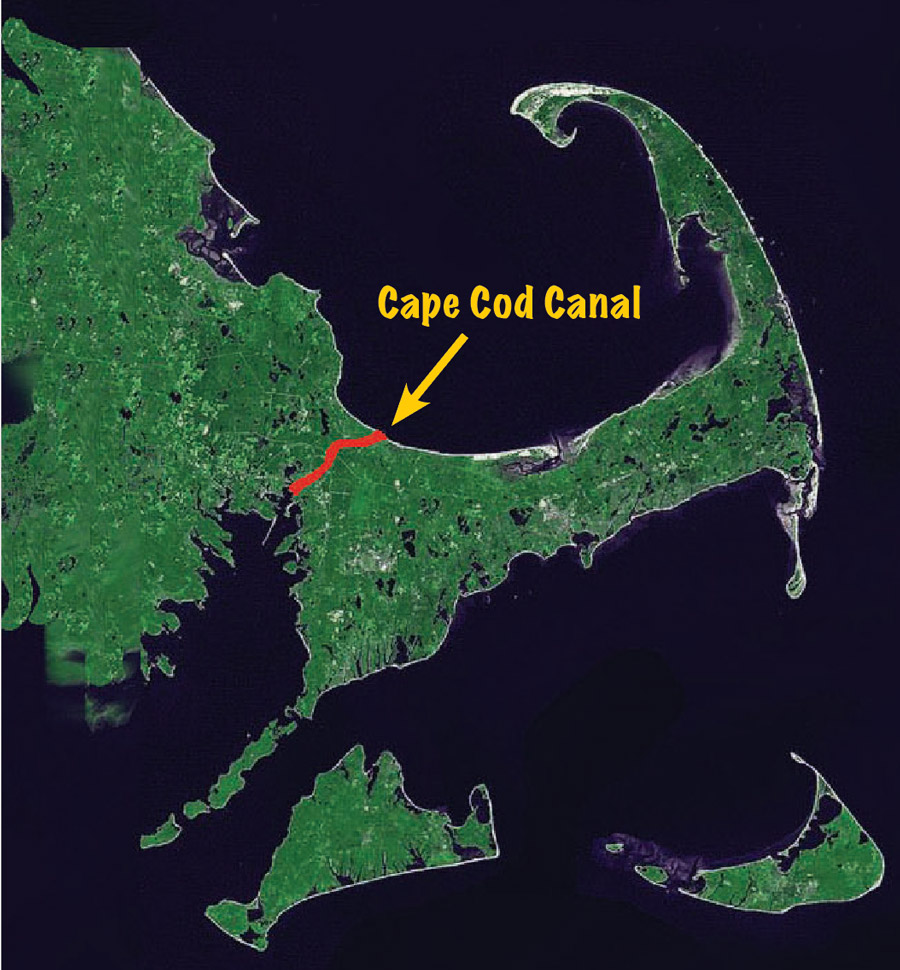 When the 489-foot cement carrier SS Ancon passed through the Panama Canal 100 years ago this August, officially opening the canal to ship traffic, the way we travel and ship goods around the globe changed forever.

Only 17 days before, the Cape Cod Canal in Massachusetts opened for the first time as well, having an equal effect on coastal transportation. Ships traveling the world’s oceans eagerly took advantage of the shortcuts these man-made waterways made in their traditional sailing routes, making travel times shorter and voyages safer than ever before.

Before this time, good roads and railways were few, if they existed at all. Traveling any distance by wagon or stagecoach was extremely difficult on dirt paths and unpaved roads, especially if you had to carry heavy cargo. Floating passengers and freight, either along an inland waterway on a barge or along the coast aboard ship, was usually easier, faster, and cheaper. In the 1800s, Americans were eager to improve their transportation network and went a little canal crazy, digging more than 4,000 miles of canals across the eastern United States. While the canals across Panama and Cape Cod made ocean sailing routes shorter and safer, in the interior of the country canals opened up new territory to settlers and commerce by connecting inland lakes and rivers with the coast. 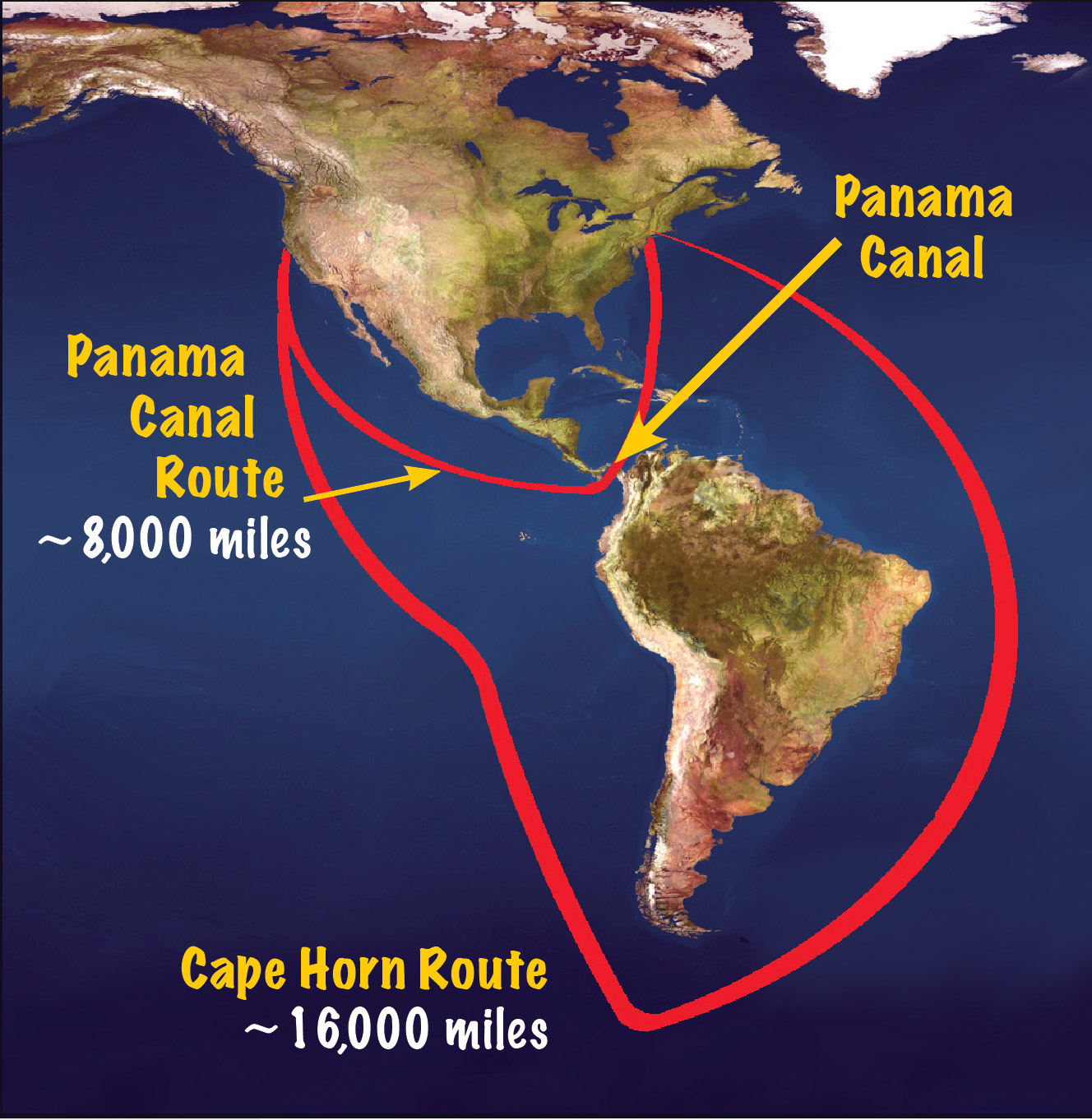 The Panama Canal allows ships to go from the Atlantic Ocean to the Pacific without having to sail all the way around South America, halving the distance between New York and San Francisco—a savings of about 8,000 miles. By cutting across Panama, mariners would also bypass the treacherous seas off Cape Horn, at the southern tip of South America.

The Cape Cod Canal, while much shorter and less complicated than the Panama Canal, reduced the distance ships had to sail to get around Cape Cod on their way up and down the east coast. Like the seas around Cape Horn, the waters off Cape Cod are extremely dangerous. Storms and shifting shoals plus frequent fog led many a ship to its doom—in the 1880s, ships were wrecked in these waters on an average of one every two weeks, and with them, hundreds of sailors perished. 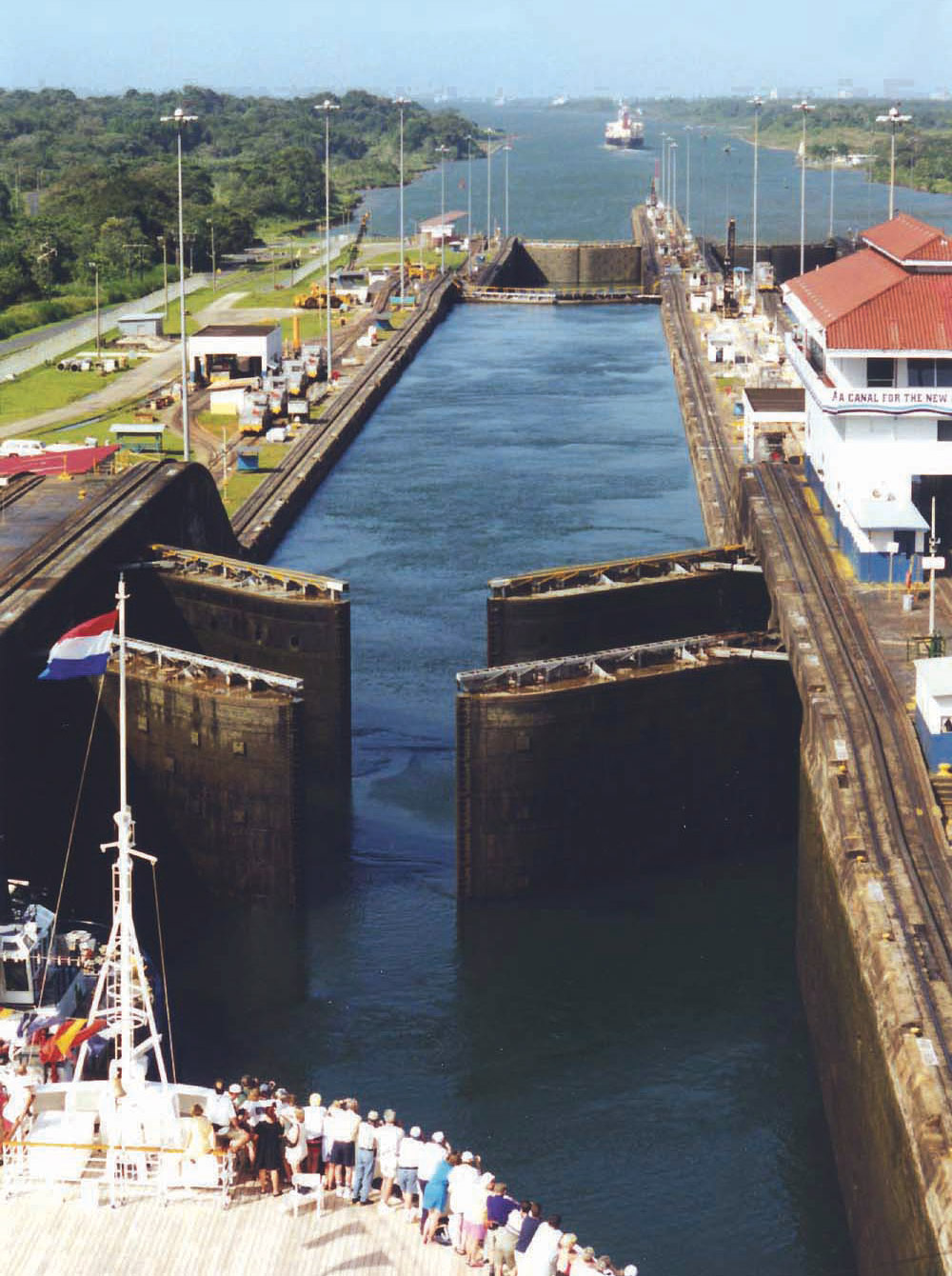 One big difference between these two engineering marvels is that the Panama Canal was built with a series of locks, while the Cape Cod Canal is entirely at sea level, with water from Cape Cod Bay and Buzzards Bay on either side flowing freely through it. The isthmus of Panama is not flat all the way across, and it would have been impossible to dig down deep enough across its length to make the canal a sea-level waterway. The Panama Canal locks allow ships to climb 85 feet uphill and then down again, as they make their way to the other side.