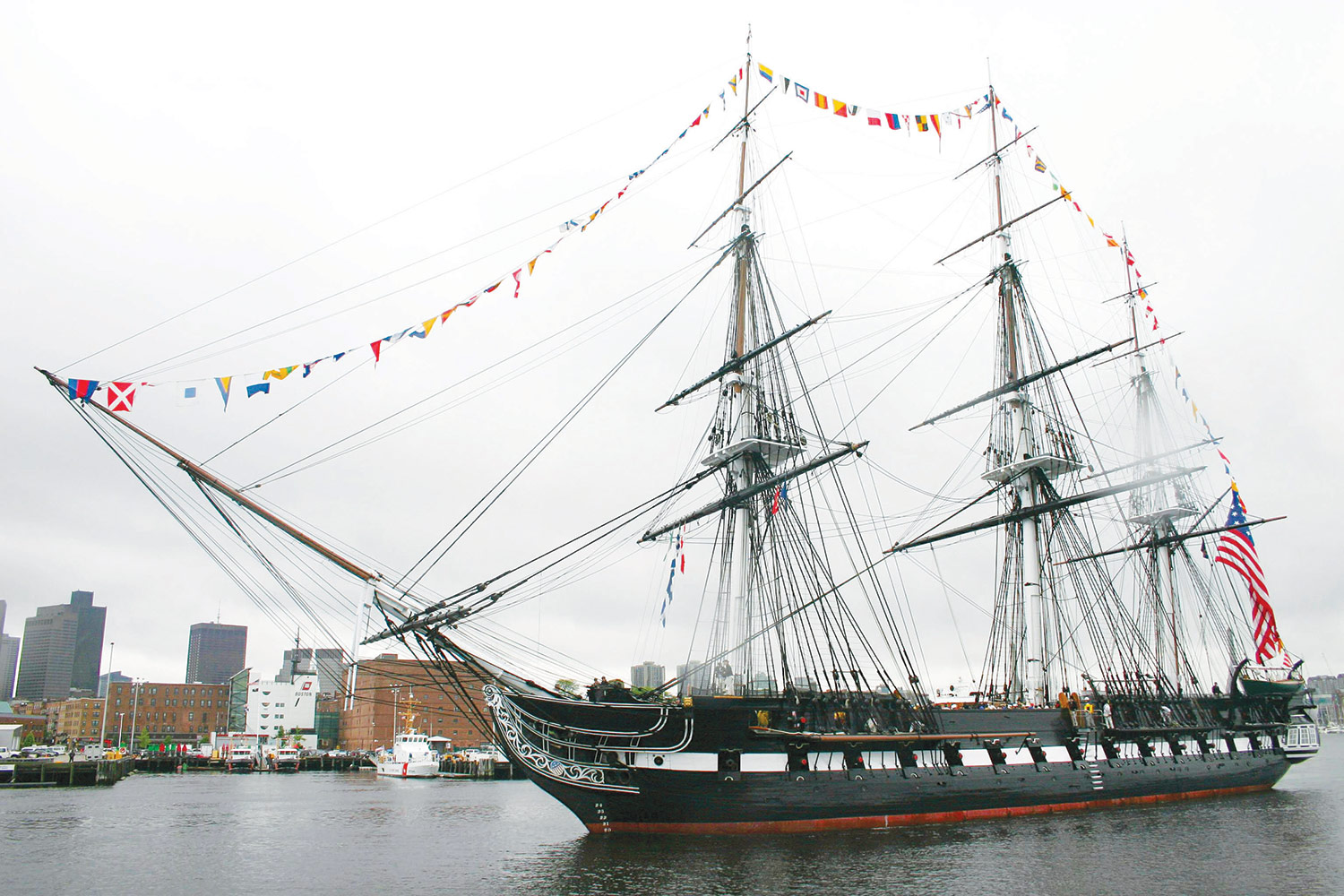 Both vessels pictured at the top of the page are cutters in the US Coast Guard, while both of the US Navy ships pictured at the bottom are frigates. How can a modern, high-tech vessel have the same designation as an old square-rigged sailing ship?

The nautical term “cutter” is defined as a sailing vessel with one mast and two headsails. In the 18th century, the term was used for any vessel in Great Britain’s Royal Customs Service, and when the US Revenue Cutter Service (forerunner of today’s Coast Guard) was established in 1790, they adopted the same term for their vessels. The Revenue Cutter Service enforced customs regulations and other maritime laws. Their vessels had to be fast to be able to chase smugglers and have shallow draft, so they could get into the smaller bays and inlets along the coast. The designation “cutter” has been carried across generations of vessel types.

Today, all vessels in the Coast Guard fleet 65 feet and longer are called cutters. In the photo, above left, is the USCG Cutter Eagle, which is a three-masted barque used as a training ship. To the right is the 270-foot USCG Cutter Seneca, which is used for Search and Rescue and for Maritime Law Enforcement. Cutters in today’s US Coast Guard range from 65-foot tugs and buoy tenders to national security cutters and icebreakers that are more than 400 feet long.

As part of the Naval Act of 1794, the US Congress authorized the building of six ships to establish a permanent navy. These first US Navy ships were heavy frigates, which were not as big as ships-of-line but were strongly built and heavily armed. Designed to be fast and maneuverable, frigates could perform a variety of functions for the new navy, giving them the most “bang for their buck.” Unlike the Coast Guard cutter, which is any type of larger vessel in the Coast Guard, a frigate is a specific class of ship that has evolved over time, with changes in vessel design and technology.

Like the first frigates of the US Navy, such as USS Constitution (below, right), today’s navy frigates have multi-mission capability and are fast ships that are built to withstand heavy damage. In the photo (below left) is USS Vandegrift, a 453-foot guided-missile frigate based out of San Diego, California. The 204-foot USS Constitution is the navy’s oldest commissioned warship and is based in Boston, Massachusetts. She is a three-masted full-rigged, wooden ship and serves as a museum ship. Look for her underway in Boston Harbor this summer during the War of 1812 OpSail parade of tall ships.