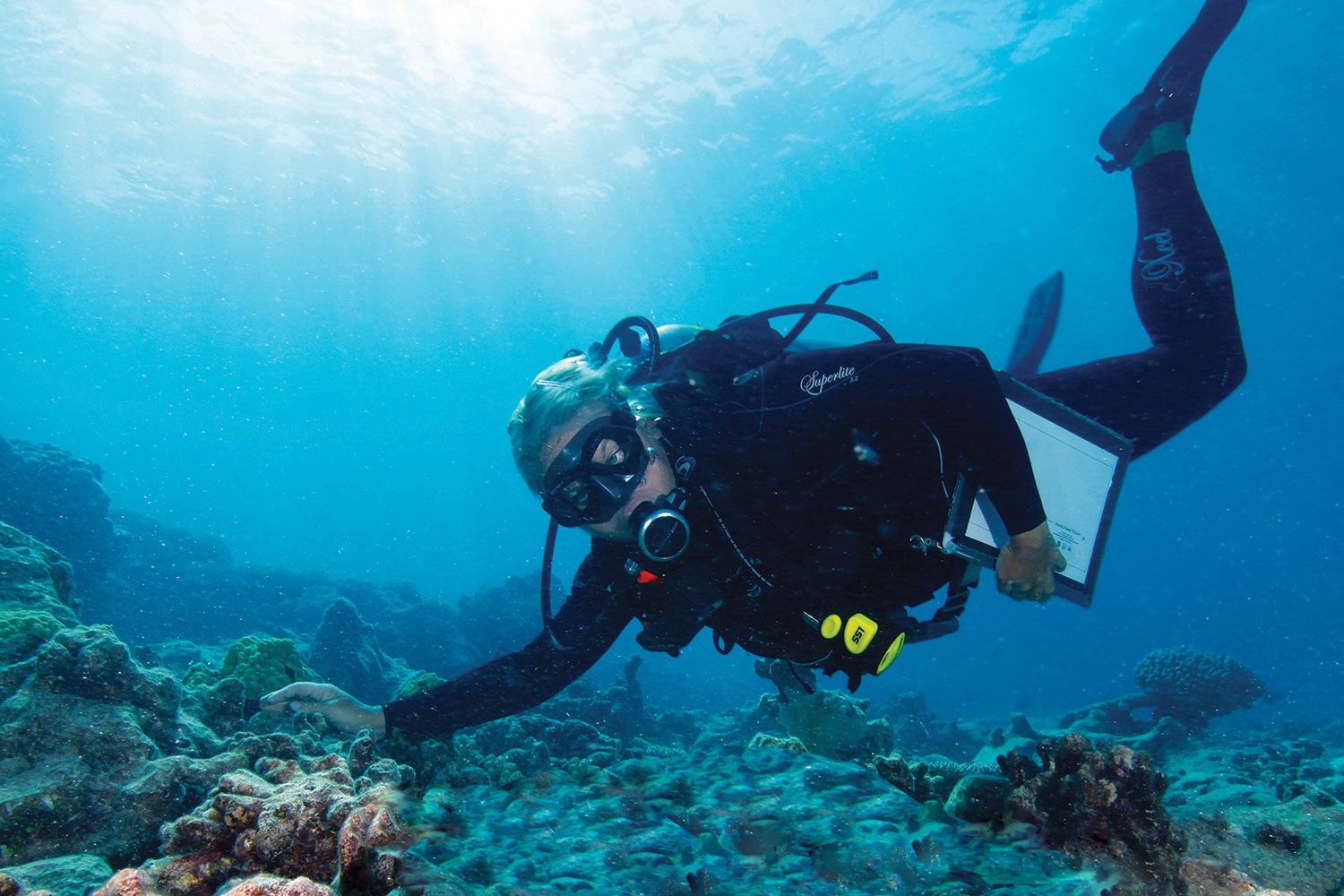 History of Diving: A Look Below the Surface

“For weeks I had stood on shore and looked at the place where the color of the ocean changed abruptly from light green to dark blue marking the sheer drop of 1200 fathoms…Finally I could resist the temptation no longer; I had to see what the edge of that submarine cliff was like.” —Gilbert Klingel ¹ 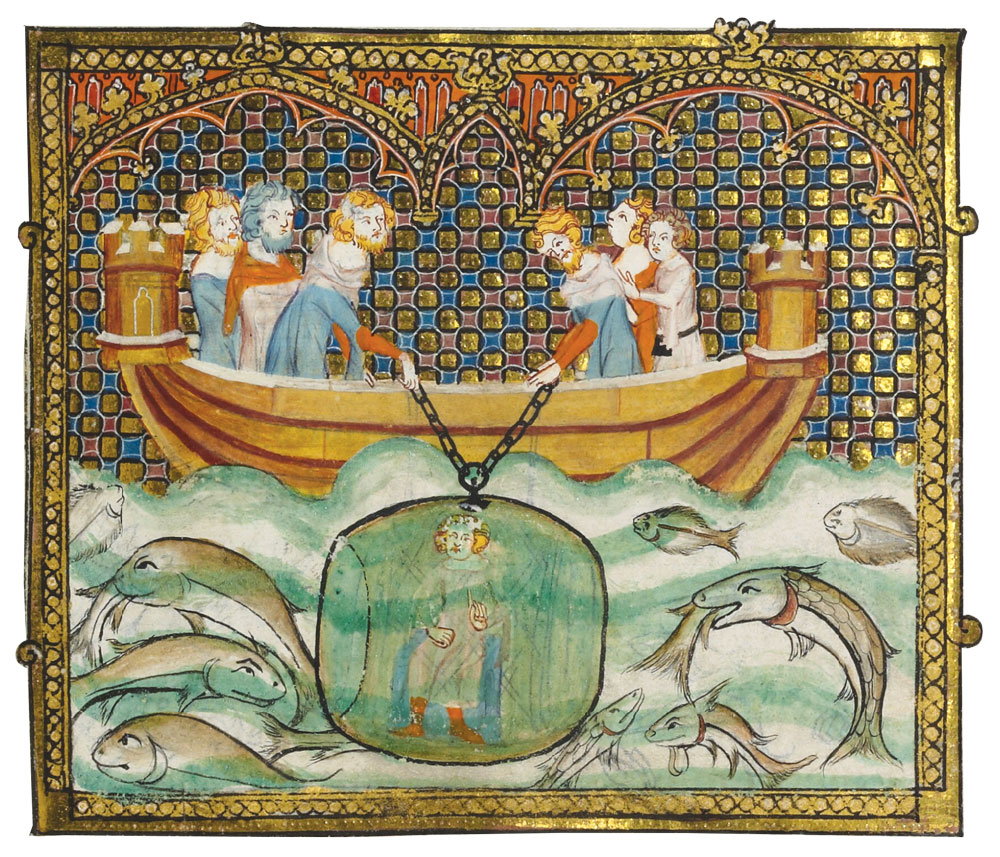 When Gilbert Klingel observed the octopus swimming along the reef in the Bahamas, as you read about on the previous pages, scuba diving as we know it today had not been invented yet. He was able to stay underwater for a period of time by using a diving helmet and loading himself up with nearly 80 pounds of lead weight to keep him from floating to the surface. Diving helmets took on various forms as technology evolved; the kind that Gilbert Klingel was using was made of bronze and glass and was hooked up to a long hose that was attached to an air pump in the boat floating at the surface above him.

People have been diving beneath the waves for more than two millennia. Early divers simply held their breath and swam down to collect shellfish, pearls, and sponges or to salvage what they could from shipwrecks. Freediving has its limitations, of course—namely, the amount of time you can spend underwater.

The kind of diving people typically do today is called SCUBA; the name is an acronym for Self-Contained Underwater Breathing Apparatus. Its invention is credited to Émile Gagnan and Jacques Cousteau, who patented the first modern demand regulator, called the Aqua-Lung, in 1943. Between the early freedivers and the modern scuba diver, all kinds of variations and inventions were developed to allow humans to stay underwater for longer periods of time. It was only after the Aqua-Lung was invented and then improved upon that diving became a popular sport for the general public. It is estimated that more than two million people in the United States are certified in scuba today. Most are recreational divers who do it just for fun, while scientific divers and commercial divers do it as part of their jobs.

Anyone in good health can get certified in scuba. For full Open Water Diver certification, you have to be at least 15 years old and pass a class offered by one of the official scuba certification agencies. Kids as young as 10 can get their Junior Open Water Diver certification, which allows them to dive in shallow water with a certified professional or certified parent. You can find out about where you can get scuba training by going online to one of the certification agencies’ websites: PADI, SSI, and NAUI are just a few of the more popular ones (www.padi.com, www.divessi.com, www.naui.org).

The ancient Greek philosopher Aristotle wrote of Alexander III of Macedon (356–323 BC)—a.k.a. Alexander the Great—descending from a boat in a diving bell made of glass. This story was retold and re-imagined many times, but the concept of the diving bell evolved from there. Some of the great thinkers in history put a lot of thought into how spending time underwater could be achieved. The image above was printed in a 14th-century manuscript, the Romance of Alexander, and depicts Alexander the Great being lowered from a boat inside a barrel made of glass. Around the year 1500, Leonardo da Vinci (of Mona Lisa fame) made sketches of a diving suit and breathing apparatus designed for underwater warfare. The first successful diving bell (at right) was developed by the great astronomer Edmond Halley in 1691; it enabled a couple of men to submerge in an inverted open-ended barrel and stay on the bottom for up to four hours. Their oxygen was replenished by air trapped and submerged in weighted barrels.