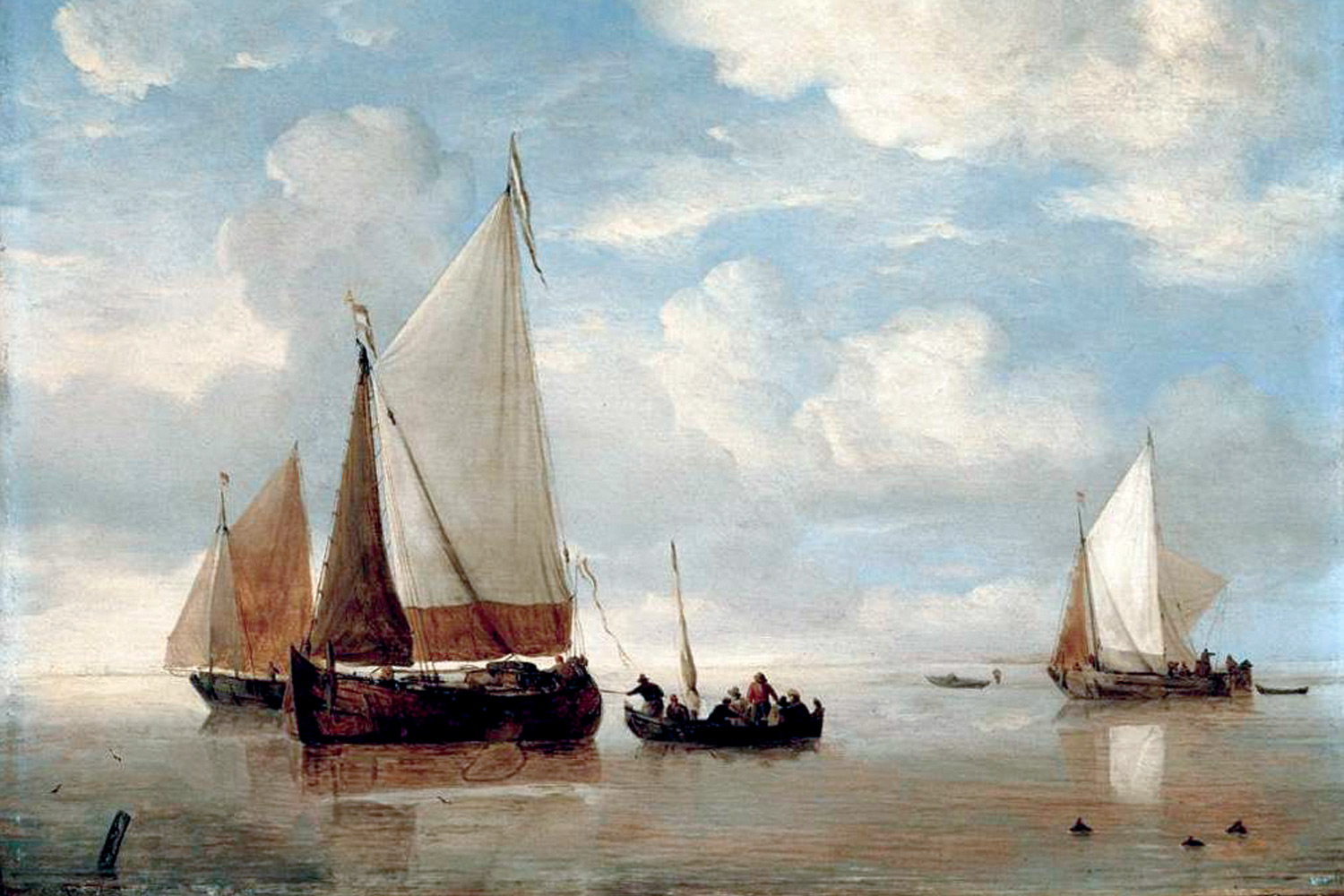 Today we say that someone is “above board” to mean he or she is honest. This phrase comes from the days when ship captains were always worried about running into pirates. Pirates would oftentimes hide most of their large crew below deck or below the wooden bulwarks (the extension of the ship’s side upwards past the deck to the railing) when they approached an unsuspecting ship. When the two ships would get close enough that the potential victim wouldn’t be able to get away, the crew would spring up, ready to fight the much smaller crew of a typical merchant ship. An honest captain would have his crew stand tall behind the bulwarks so they could be seen easily and show the other vessel that his or her ship was “above board.”

“Listless” means that someone is dull or lethargic. This word originated in the days of sail. A ship in calm waters rides on an even keel or level with the horizon, without heeling or listing to one side or the other in a strong wind. Therefore, a vessel that has no wind or list is “listless” and slow moving.

When the age of exploration took off in the 16th century, the Dutch built many new ships for this purpose. Their word used to describe their brand-new boats was “spiksplinter nieuw,” which means new in every spike and splinter (spike meaning the large nails used to fasten the ship together and splinter referring to the wood used to build the ship). The British sailors called them “spike and spanew,” and American sailors warped that phrase to “spic-and-span” to mean clean and polished.

Featured painting: This Dutch ship is becalmed and listless. She would have been spiksplinter nieuw when she was new. Painting c. 1662 by Willem Van de Velde.