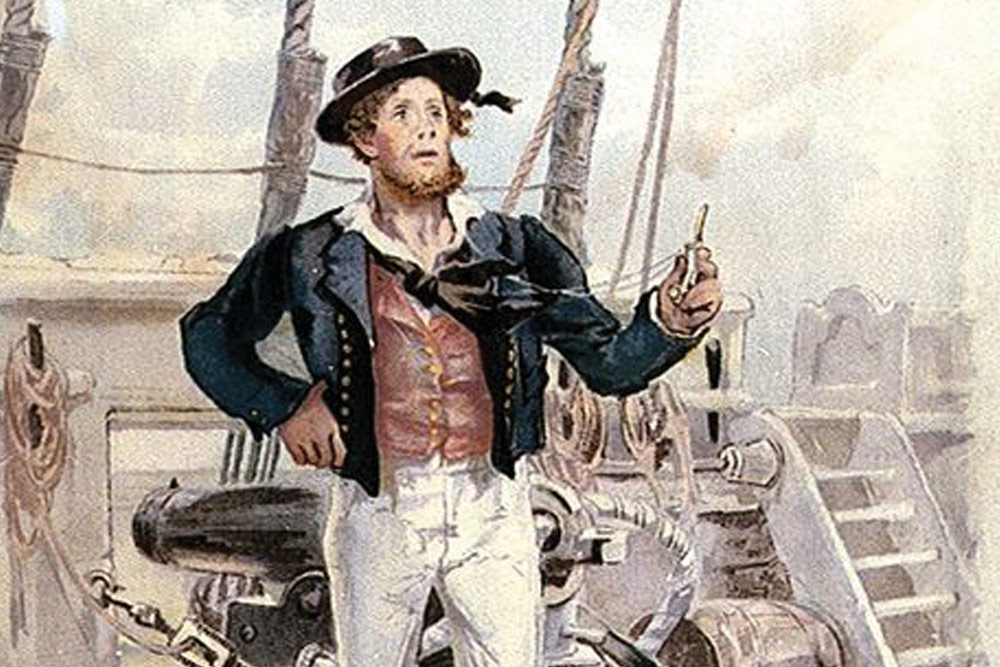 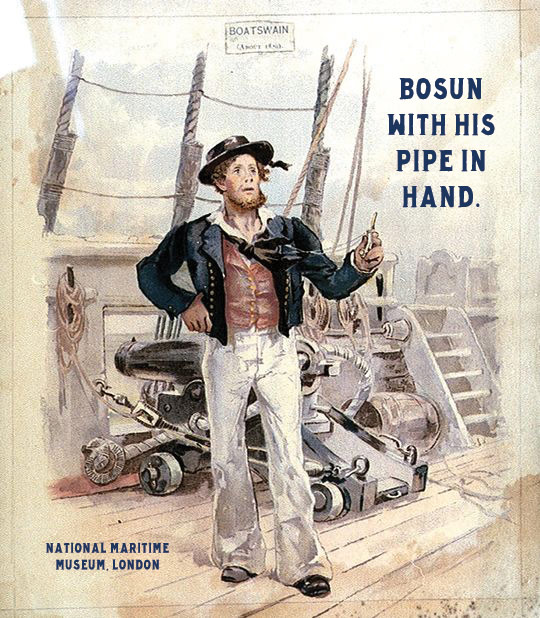 Did you know that September 19th is Talk Like a Pirate Day! No, it isn’t an official holiday and you won’t get the day off from school, but you might hear people having a good time saying things like “Shiver Me Timbers” or “Arrrrgh” a lot.

Seafarers from the Age of Sail used a lot of colorful language, and much of it evolved from mispronunciation or, more like it, lazy pronunciation of what were once regular terms and expressions. A true sailor would never say he or she was going to set the mainsail when it was easier to say mains’l. It gets worse when they used longer words that they butchered down to a few grunts and syllables. The square sail above a topsail was a topgallant sail, but the sailor would call it a t’gallant, and some shortened it further to gans’l. The square-sail extensions are studding sails, but why go to all that trouble when stuns’l will do.

We have lots of words and expressions we use in everyday speech that you might not realize come from nautical origins. They might be easier to pronounce and not so much fun to use on Talk Like a Pirate Day, but you might be surprised at some. 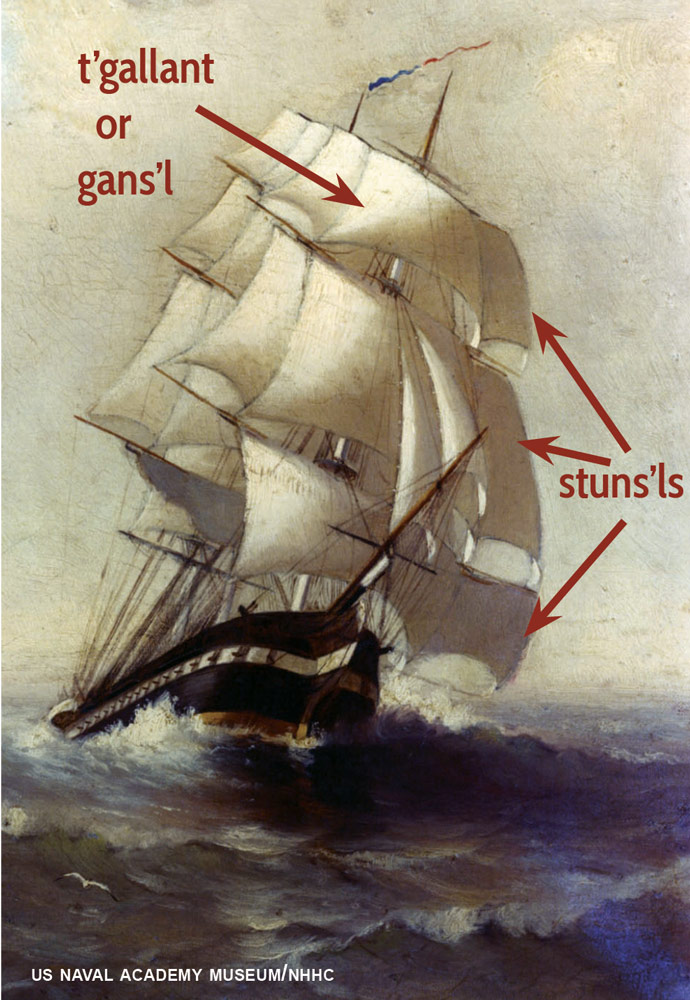 Let’s look at a few examples:

When your mom yells “Pipe Down!” she’s trying to get you to be quiet. On navy ships, the bosun’s pipe, which was actually a type of whistle, was used to broadcast commands across the noisy ship. Each command had a distinctive set of notes. The command given at the end of the day was to pipe down, which meant it was quiet time aboard ship. Sailors would sometimes say it to each other when they wanted someone to stop making noise.

Gangway! is what someone yells when they want people to get out of the way. On board ships, the gangway was the narrow passageway that led from the quarterdeck to the foc’s’le or from the dock across to the deck. Old salts know not to hang out in the gangway because they would be blocking someone else’s ability to pass by…unless, of course, you are an admiral. Admirals can do whatever they want because they are the big boss of the ship.

When you change your plans and decide to do something differently than you were before, you might say you are Changing Tacks. The word “tack” has several meanings aboard a sailing ship, but in this case it refers to the direction the ship is heading. A sailing vessel is either on a port tack or a starboard tack, and the action of changing from one to the other, and thus the vessel’s heading, is called tacking.