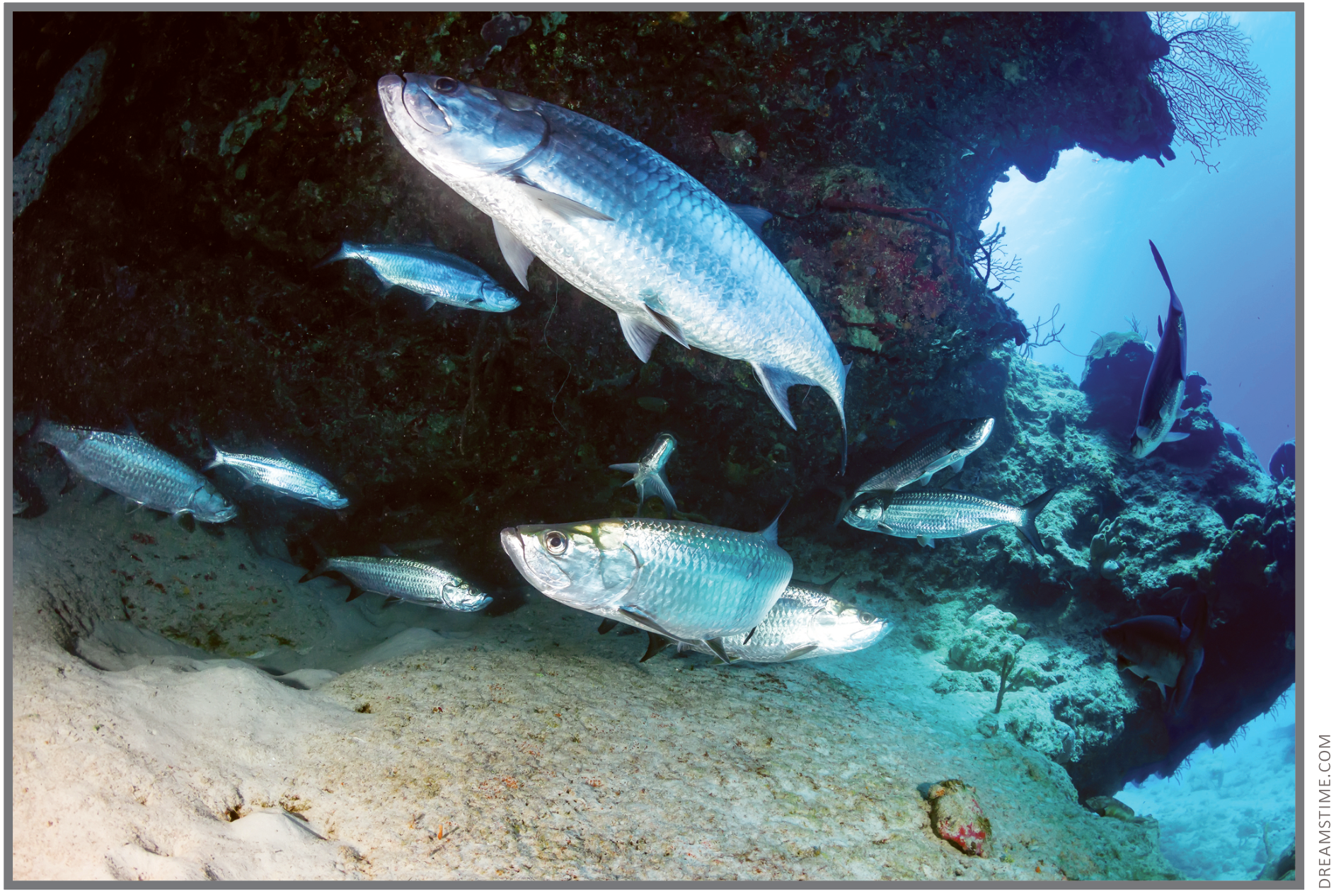 Scientific Name:
Meglops Atlanticus
Tarpons are large fish of the genus Megalops; one species is native to the Atlantic, and the other to the Indo-Pacific Oceans. They are the only members of the family Megalopidae.

In the mid-1870s, a twelve-year-old boy named Harry Dean lived in Philadelphia. His uncle, Captain Silas Dean, came to town for a visit and persuaded his parents to let him bring Harry along for a three-year voyage around the world. Harry was desperate to go. His parents finally agreed.

Harry sailed aboard his uncle’s ship, Traveller the Second, on a trading voyage. The Deans were part of a long line of Black seafarers and merchants. Uncle Silas was a tall, powerful man who was very good to Harry, but spoke little, other than to give booming commands on deck to his crew. As Harry got used to life at sea, they sailed south along the US East Coast and then toward New Orleans by way of the Straits of Florida.

As they entered the Gulf of Mexico, Harry went back to the quarterdeck to try to catch a fish. Telling the story many years later, Harry explained that the mate, who also loved to fish, made fun of him, probably for putting a line over the side that was too thick or using a hook that was too large: “Sonny, what you fishin’ for—whale?” Soon a bite on Harry’s line nearly wrenched him right off the ship. Harry braced himself against the rail and shouted for help. The mate and a couple other sailors rushed over, all helping to haul it in. “As they pulled a great fish jumped out of the water. The sun struck his scales, making a gleaming silver halo about him.” 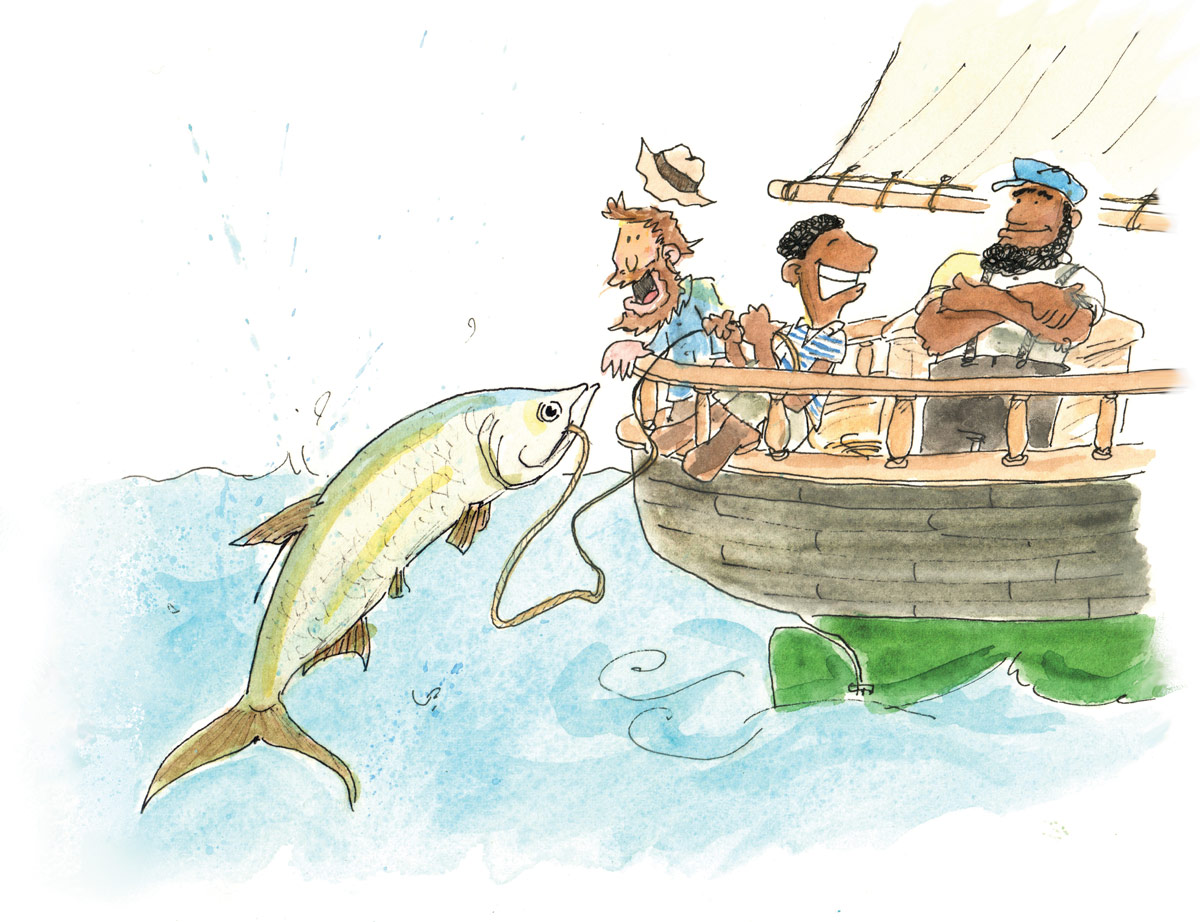 “Shiver my timbers if he ain’t a silver king!” said the mate, “his voice betraying both admiration and envy.” They finally managed to bring the fish aboard, “a beauty” weighing just over 75 pounds. “It was the most delicious fish I have ever tasted,” Harry said. 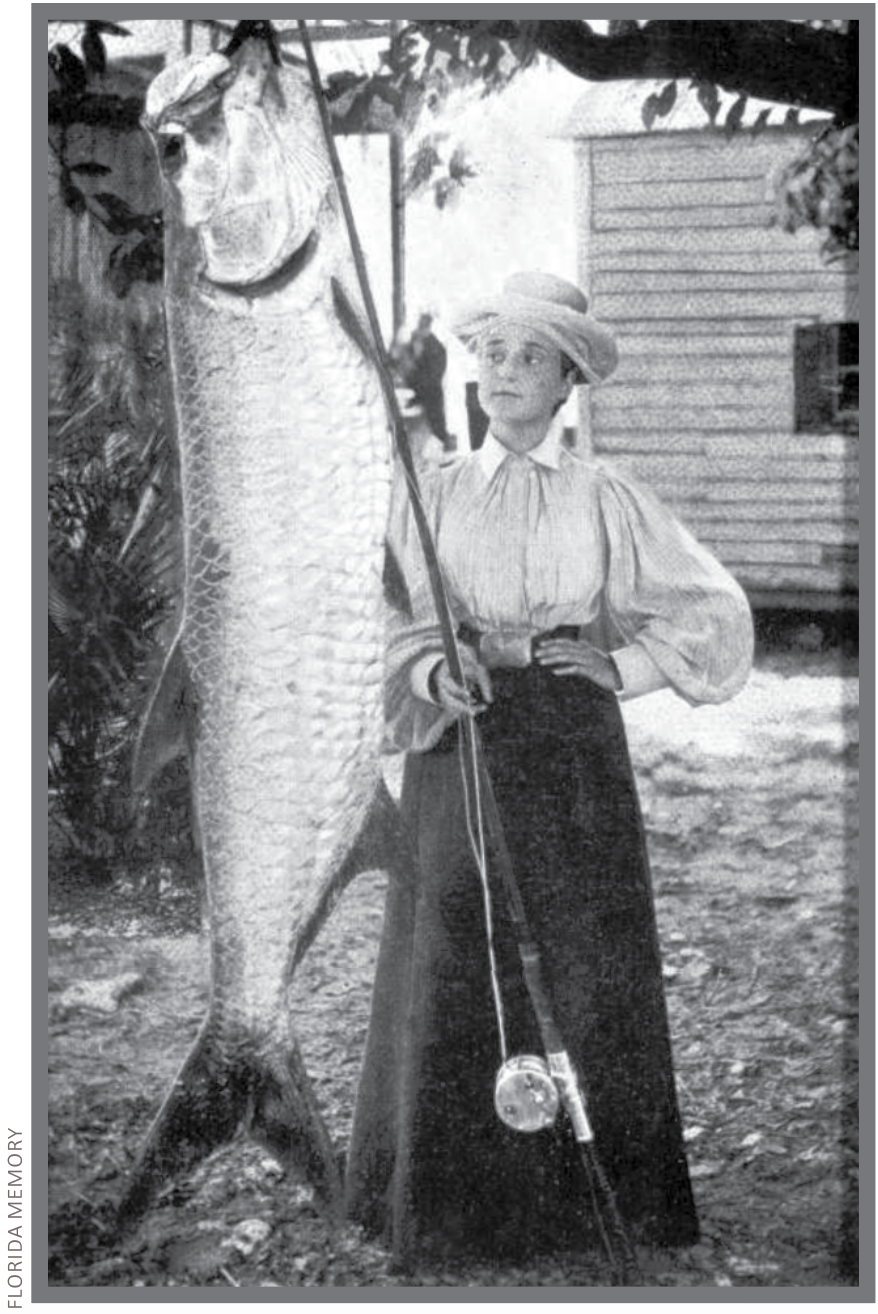 “Silver king” is the common name still in use today for the Giant Tarpon, a fish that is known to grow quite large and indeed to glisten with an especially silvery sheen, due in part to its large scales. The Giant Tarpon is found only in the Atlantic Ocean yet ranges from as far north as the Canadian Maritimes to as far south as Argentinian waters, and it can be found along the coasts of most of western Africa, from Mauritania down south to Angolan waters. In 1991, a fisherman off Sierra Leone caught a Giant Tarpon that was 283 pounds, which actually tied an earlier world record from the 1950s when another fisherman caught a silver king in a lake in Venezuela that also weighed 283 pounds!

The heaviest caught on record in American waters was a tarpon hauled in off the coast of Florida in 2001, which weighed in at  202.5 lbs. Silver king, or tarpon, remain a popular species for recreational fishermen, although not popular for eating (despite Harry’s endorsement). Though in US waters the fishery is regulated and catch-and-release, tarpon appear to be in decline globally because of overfishing and habitat loss. 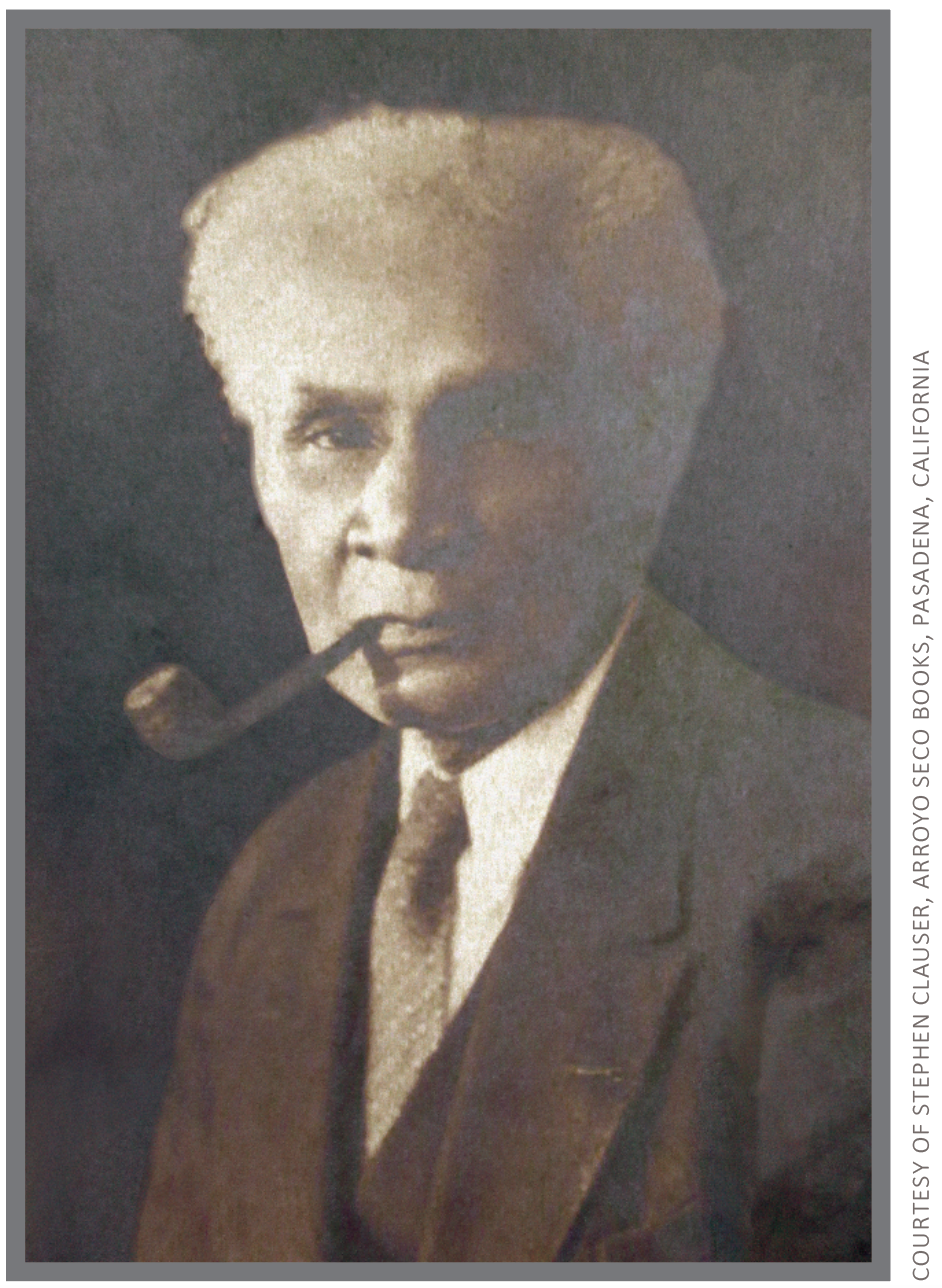 One of the Giant Tarpon’s special characteristics is that it can tolerate freshwater environments for parts of its life, which is why it was found in that lake in Venezuela. When they are in an environment that doesn’t provide enough oxygen, they have a special ability to gulp air at the surface. Another trait that young Harry Dean surely would have noticed is the tarpon’s wide, gaping mouth, which it uses for suction. Tarpon literally inhale their diet of smaller fish, such as mullet, sardines, and needlefish, along with occasional crabs and shrimp. Their large, mirror-like scales, which can grow as large as a person’s palm, help them blend into their underwater surroundings. Tarpon grow and mature slowly, and a few in captivity have lived to be older than fifty years.

That silver king that young Harry brought aboard on his first voyage would hardly be his last wonder of the sea or even the last fish he would catch from over a ship’s rail.

After returning to Philadelphia from his adventure sailing around the world with his Uncle Silas, Harry Dean went on to become a ship captain himself, as well as a merchant, a shipowner, and a political activist. When he was in his 60s he relayed his memoir and it was published as The Pedro Gorino (the name of Harry Dean’s ship), in which he spins that fish tale about the day he caught his first big fish, a “silver king”—the Giant Tarpon—in the Gulf of Mexico.

For more “Animals in Sea History” go to seahistory.org or educators.mysticseaport.org. 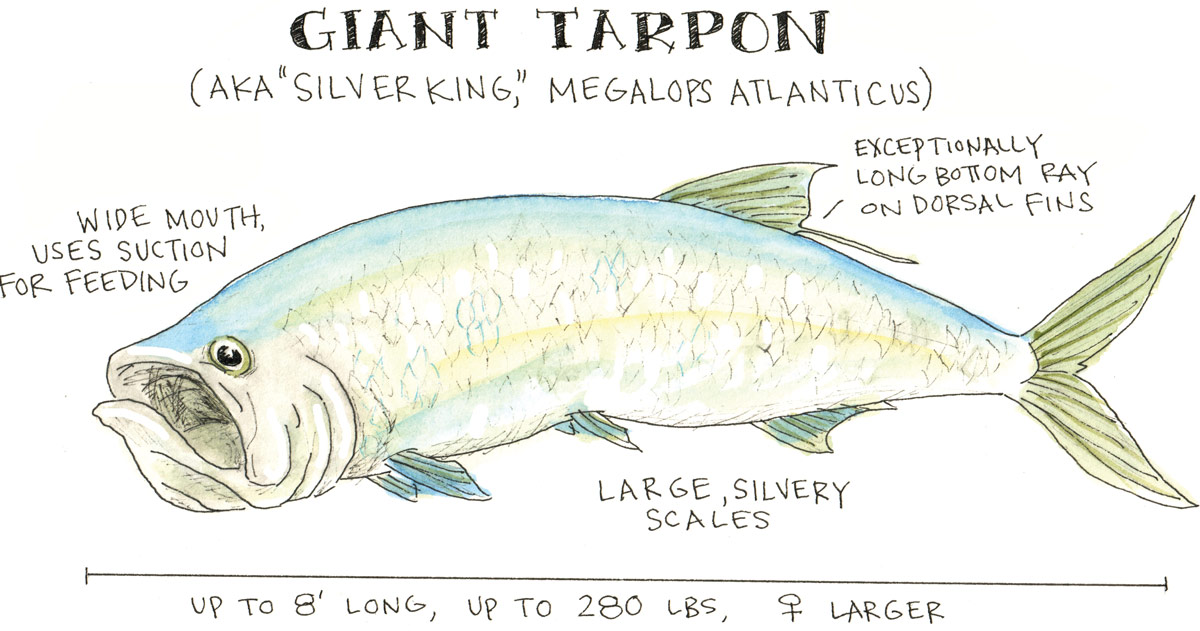