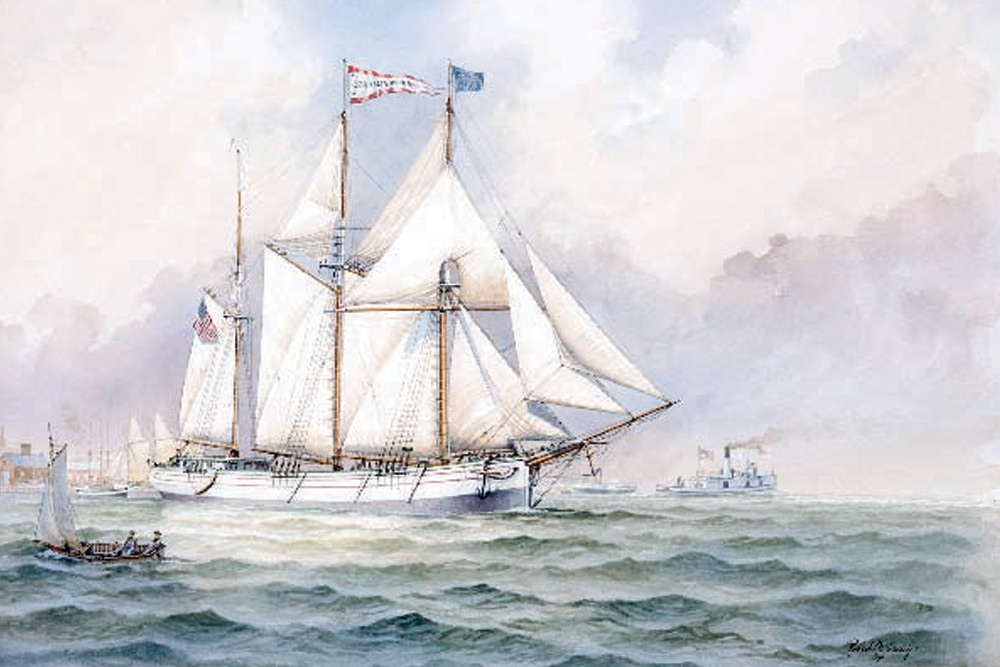 Did you know that one of the busiest waterways in North America is on a freshwater sea? The Great Lakes are the largest group of freshwater lakes on Earth. Back when that part of North America was being settled, there were no highways, no buses, no trains, no trucks. The Great Lakes served as transportation highways for ships carrying people and cargoes from the middle part of the continent to towns and cities along the way and out to the ocean by way of the St. Lawrence River and the Erie Canal. 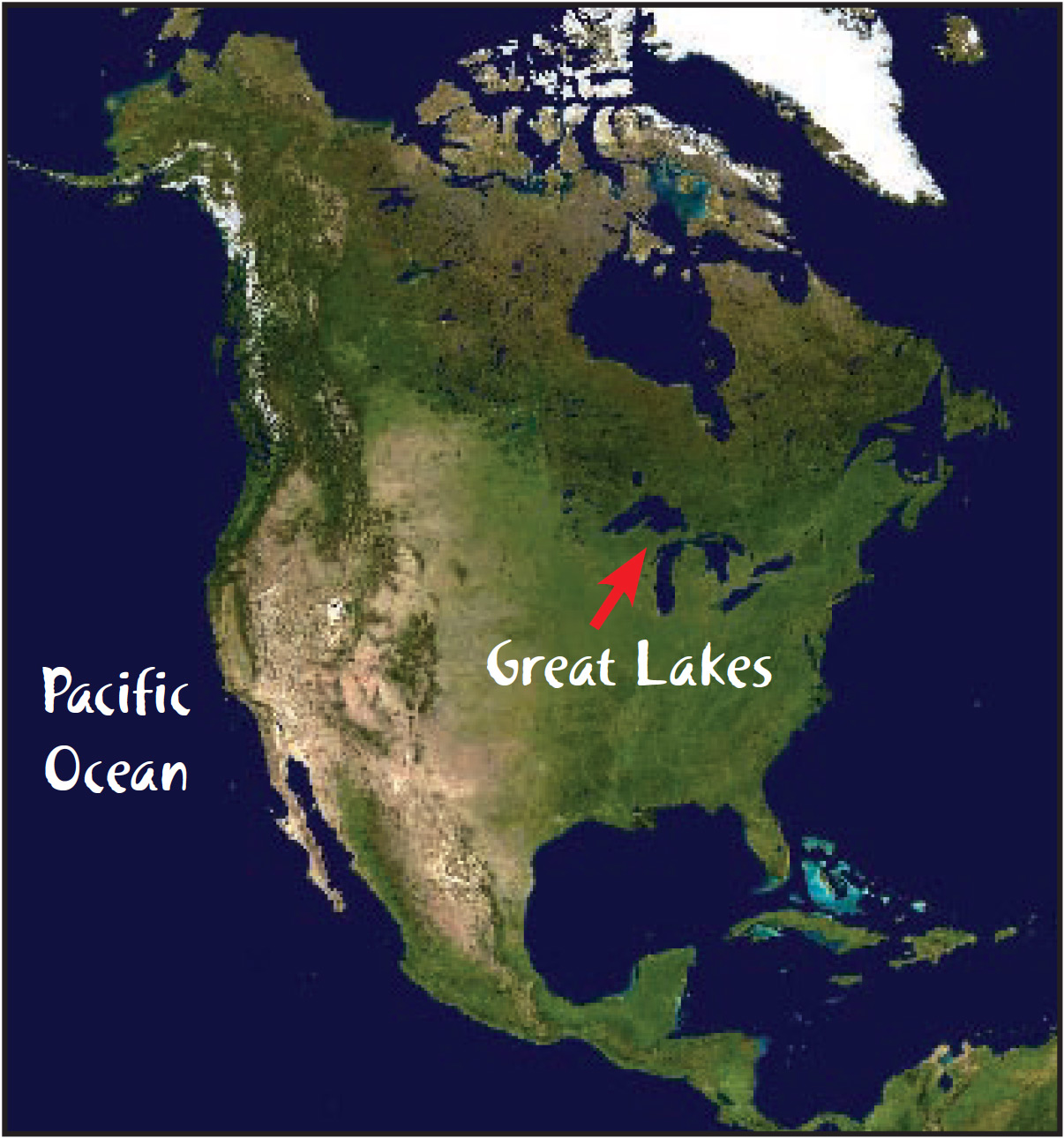 Thousands of ships that rivaled the size of many oceangoing vessels have plied the waters of the Great Lakes, but what kind of ships were they? European traders discovered that square-rigged, deep-draft vessels were not suited to the fickle winds and shallow harbors of Lakes Huron, Ontario, Michigan, Erie, and Superior (remember them by the acronym HOMES). By the 1800s, mariners preferred fore-and-aft schooners to move everything, from people to pine trees, around the region.

In the Great Lakes region, we can visit 150-year-old ships in person instead of knowing about them solely from records and photos. No, we do not have a time machine—but close! The cold fresh lake water has preserved thousands of shipwrecks so well, it appears as if they have been frozen in time. In the ocean, much of the wood and iron of shipwrecks is destroyed by small wood-eating organisms or corroded by salts, leaving little behind for archaeologists to study. In the Great Lakes, however, it isn’t unusual to find a wooden ship from the 19th century sitting on the lake bottom with its hull and cargo intact. A good example is the strange case of the schooner Cornelia B. Windiate.

In 1875, the Cornelia B. Windiate, a three-masted grain schooner, sank with all hands during a late-season storm on Lake Huron. Today, the schooner rests 180 feet below the surface, remarkably preserved. Her masts are still standing and her cargo of grain remains stowed in the hold, making her a time capsule from over 130 years ago. Even though none of her crew survived to tell us what happened that day, the Windiate’s story can be uncovered through archaeology. Maritime archaeologists from the Thunder Bay National Marine Sanctuary have documented the Windiate with drawings, measurements, photographs, and video. Back on shore, they studied the clues gathered from the wreck site along with documents from the sanctuary’s research collection to hypothesize (make an educated guess) why the ship sank.

Port records claimed the ship was overloaded with grain. Diving on the wreck, the archaeologists can see her cargo of grain packed in the hold up all the way up to the deck beams. The hull shows no damage and the hatches are still in place, which indicates the ship did not hit anything or get crushed by lake ice. Weather records from that day reported snow, high winds, and waves on Lake Huron during the hours the Windiate was lost. 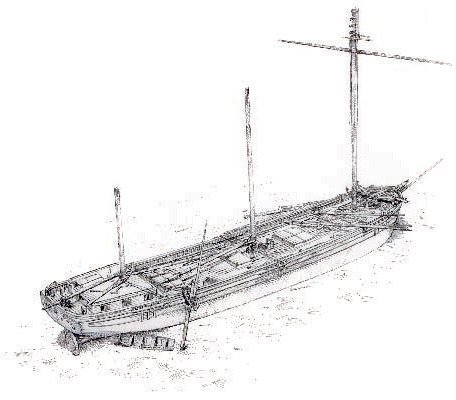 This information, combined with what they could see on the actual ship underwater, led archaeologists to hypothesize that ice formed on the deck and rigging of the already overloaded schooner. The ice would have made the ship even heavier and unstable, causing it to slowly sink below the waves.

You can do your own detective work on the many shipwrecks in the Thunder Bay National Marine Sanctuary at: https://thunderbay.noaa.gov.