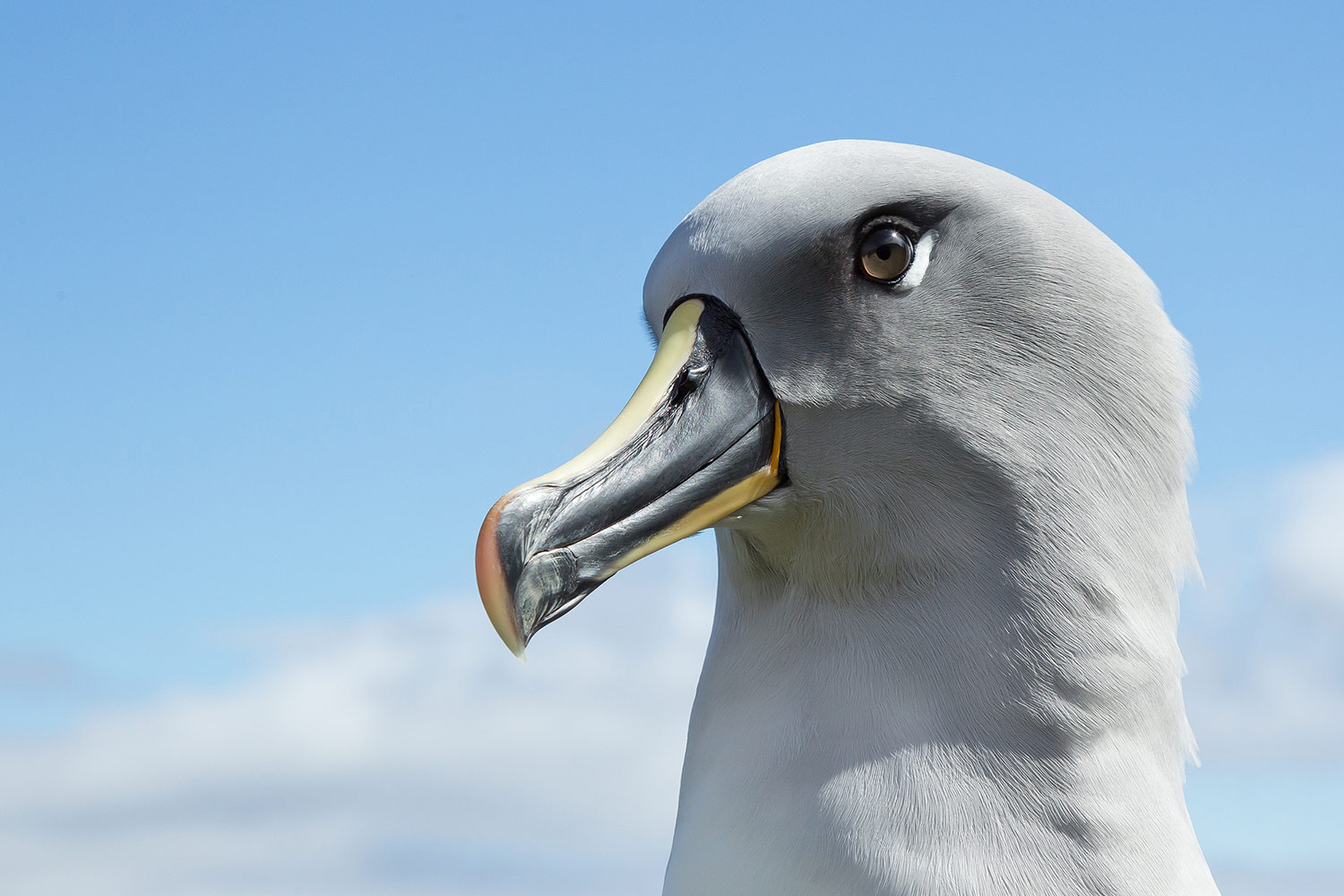 In the fall of 1839, Francis Allyn Olmsted had just graduated from college. He climbed aboard a whaling ship in New London, Connecticut, and sailed away on a voyage to Hawaii as a passenger. He hoped to cure his poor health and see the world. When he returned, he wrote a book titled Incidents of a Whaling Voyage, which includes some of the earliest detailed descriptions and illustrations of American whaling. As his ship was approaching Cape Horn at the southernmost tip of South America, Olmsted watched the sailors catching “goney birds.” He gave it a try himself, using a long fishing line, where “to the hook is secured a piece of salt pork about the size of one’s fist, which is well ‘slushed’ or greased, to make it more attractive.” One morning he caught two of these birds and landed them on deck. Olmsted wrote of the goney:

Olmsted was writing here about a species of wandering albatross. The larger of the two birds he caught had a wingspan of 10½ feet. In the last issue of Sea History, I wrote about how sailors sometimes caught albatross in order to tie messages to their necks or legs, as if these birds were passenger pigeons. More often, though, men caught or shot albatross at sea for sport, food, or curiosity. 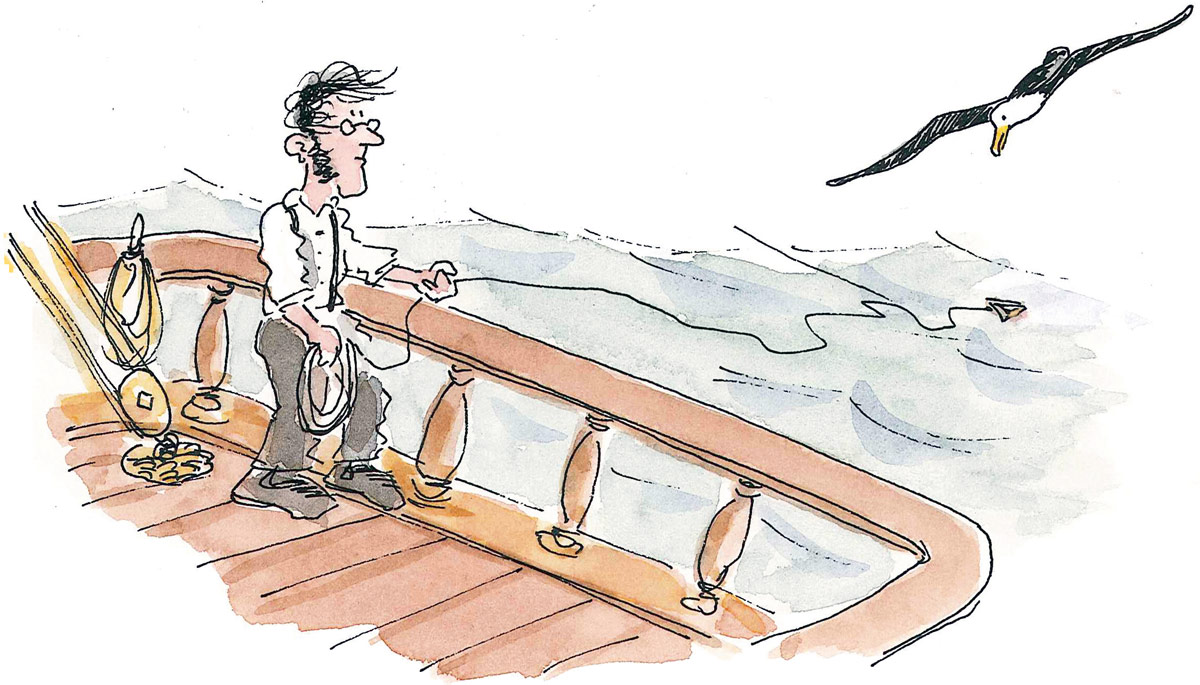 The most famous shooting of an albatross occurs in “The Rime of the Ancient Mariner” (1798).   Poet Samuel Taylor Coleridge spun this from an actual account of a sailor killing a “black albatross” off Cape Horn. In the poem, the mariner kills a good luck albatross with a crossbow. As punishment, his shipmates make him wear the bird around his neck—that is, before they turn into zombies. By the end of his adventure, the Ancient Mariner learns it is a very bad idea to mess with albatross. 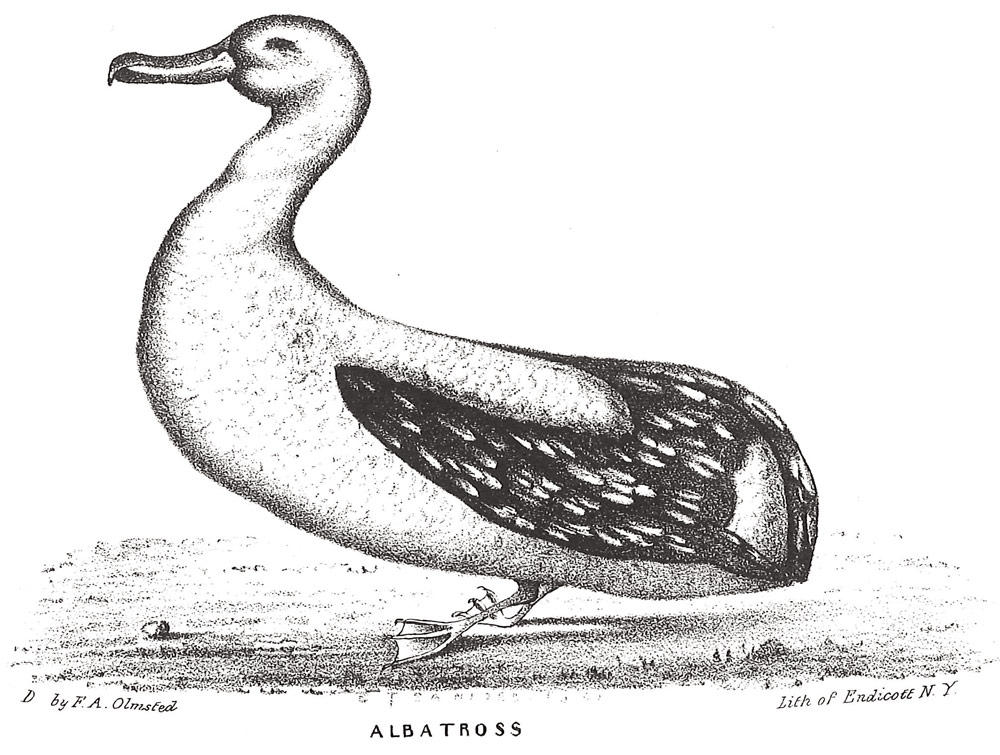 Though a surprising number of sailors were well-read, it seems this poem did not influence too many voyagers. Several famous sailor-writers who set sail from the 1840s to the 1930s, such as Richard Henry Dana Jr., Herman Melville, Anton Otto Fischer, and Eric Newby, all describe shipmates catching albatross. Sailors released them sometimes, or they crafted walking-stick handles from the beak, sewed tobacco pouches with the birds’ webbed feet, and fashioned pipe stems out of the hollow bones. It seems Sir Richard Hawkins caught albatross with a fishing line in the Southern Ocean as early as 1594. The practice of capturing or killing these birds continued into the twentieth century, notably by passengers and crew who shot albatross as a pastime aboard immigration voyages to Australia and New Zealand. 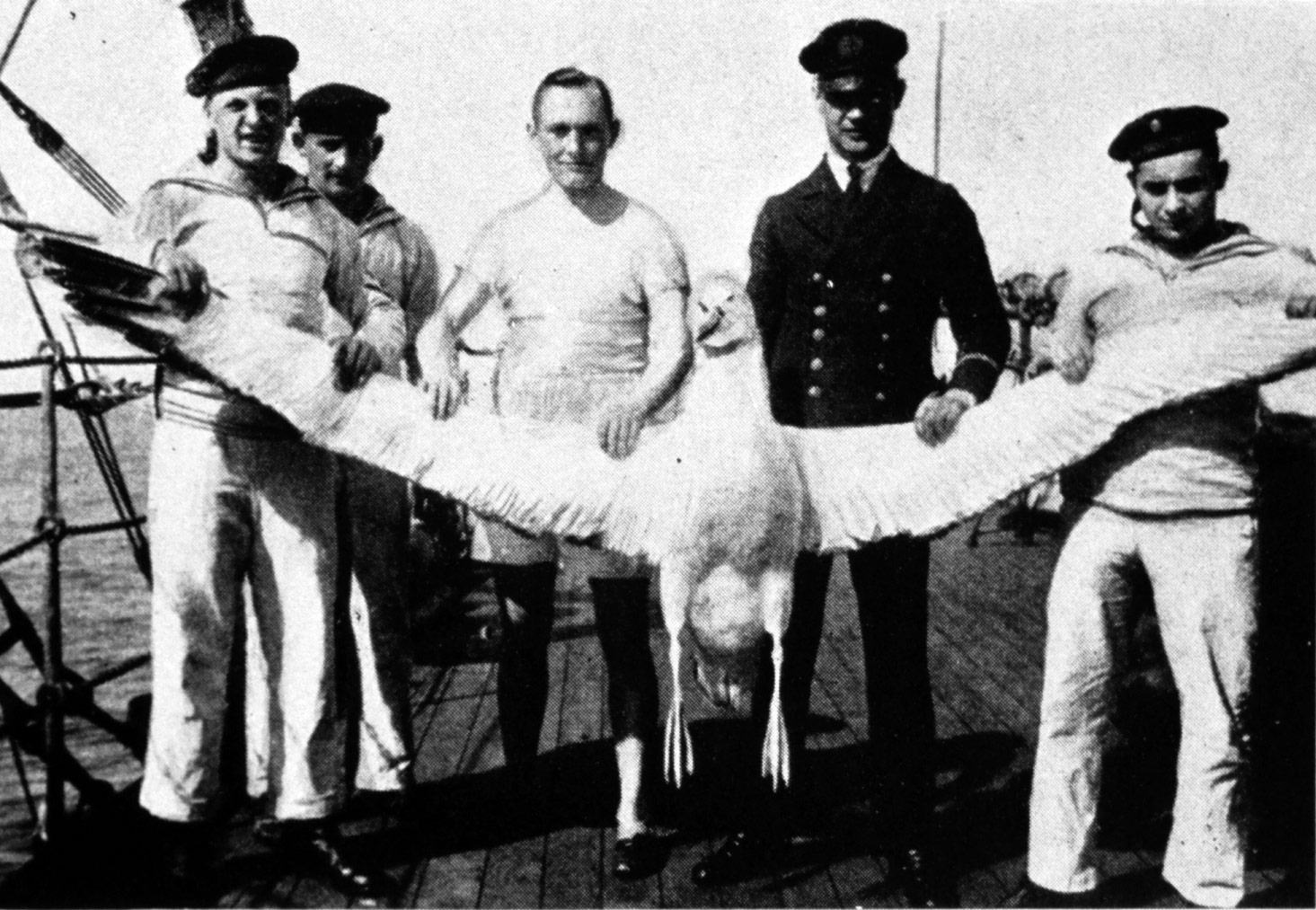 This albatross was caught by the crew of the German survey vessel. Meteor in the 1920s; its wingspan measured more than 9 feet. 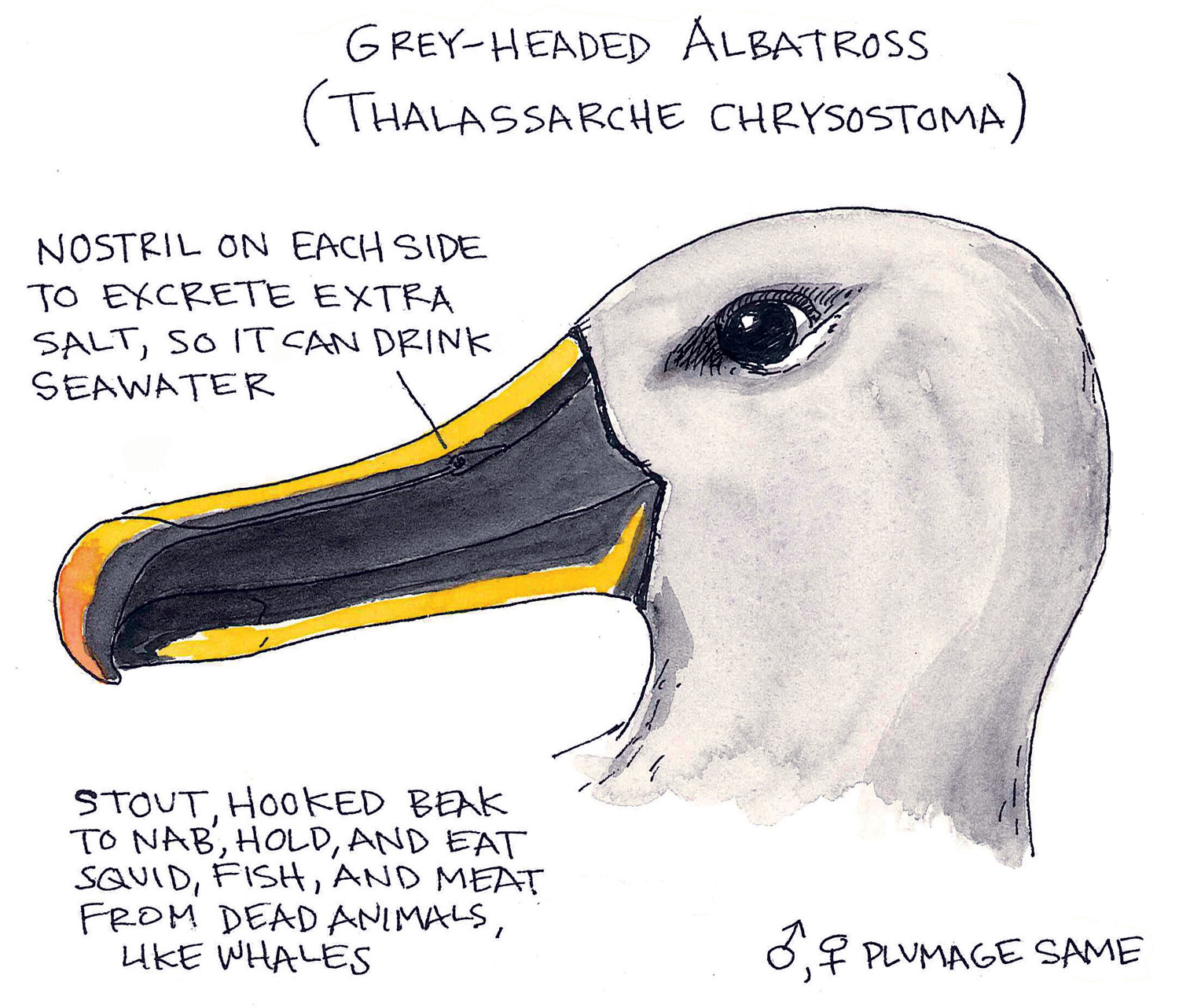 The nickname “goney” is still around. It comes from the bird’s awkward nature on deck (think goofy, silly, a “goon”), its curious mating dance, or its lack of fear of humans at its rookeries. Yet as Olmsted discovered, albatross are extraordinarily skillful out at sea, spellbinding in their ability to glide effortlessly in the harshest wind conditions on Earth.

Today, the majority of the populations of the twenty or so albatross species are vulnerable or endangered, but not because of sailors. Goney birds have struggled to survive for a variety of reasons, which include plastics and chemicals in the ocean and the loss of their isolated island rookeries. Albatross, like other sea birds, have always followed ships for food scraps, so today, sadly, they get caught in large numbers on the hooks of deep-sea fishing boats that do not use seabird-friendly gear.