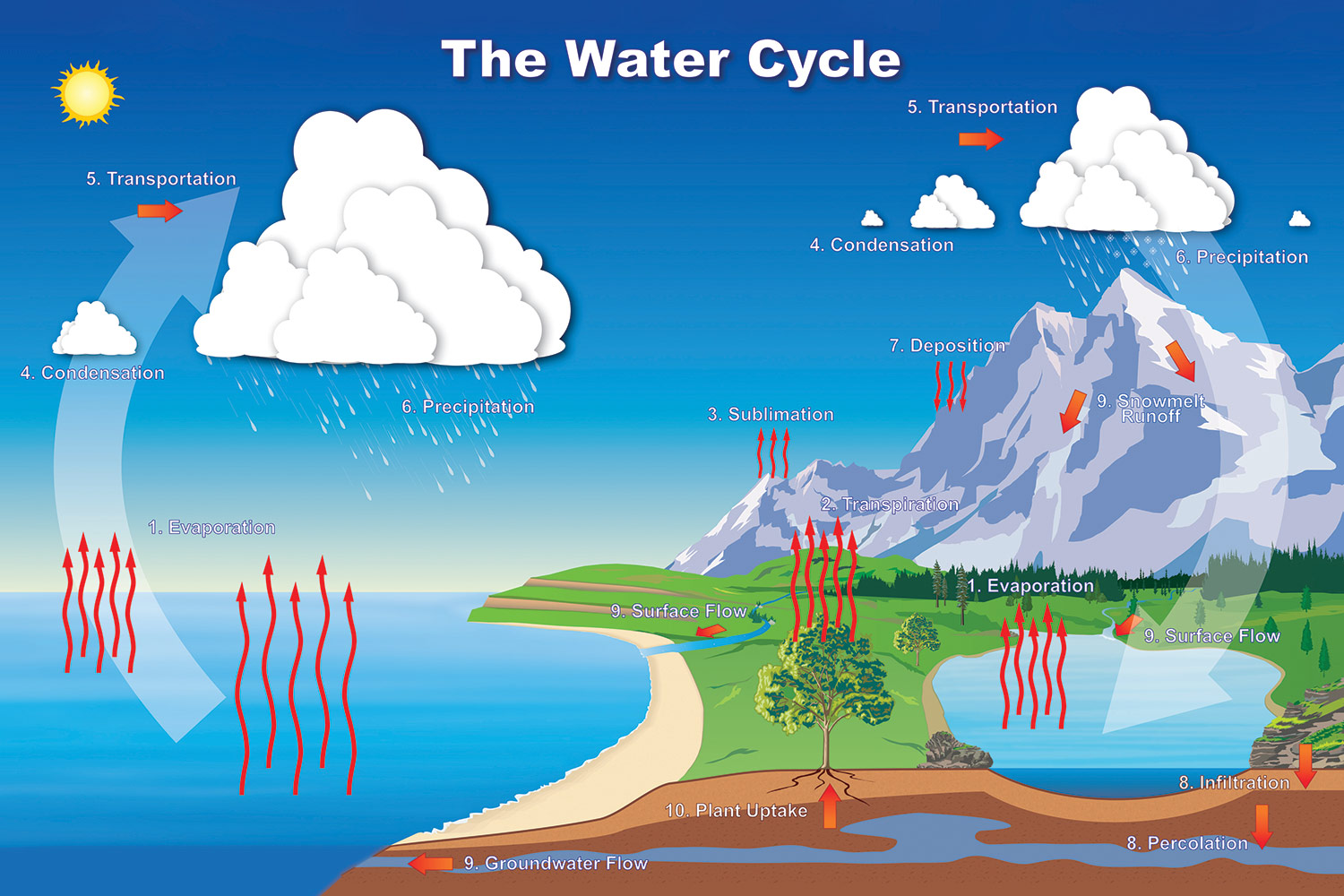 Those of us with an interest in ships and the sea talk a lot about water, but water is not just important for ships to sail across, it is the most abundant and vital substance on earth. It is essential to life and a major component of all living things.

There are approximately 336,000,000,000,000,000,000 gallons of water on the earth, existing in three states: solid, liquid and gas. The sources for this water storage are the oceans, ice caps and glaciers, ground water, fresh-water lakes, soil moisture, atmosphere, and rivers.

How does all this water move from one place to another? Sure, it flows down rivers and swirls around in ocean currents, but did you know that there is a cycle that ties everything together? We call the process of water changing into vapor (a gas) and back into a liquid or solid as the hydrologic cycle. This basic cycle is seen almost daily around the world in the formation and dissipation of clouds. A cloud develops when water vapor becomes a liquid. Conversely, when a cloud dissipates, liquid water changes back into a gas.

The graphic above represents the different processes in the cycle.