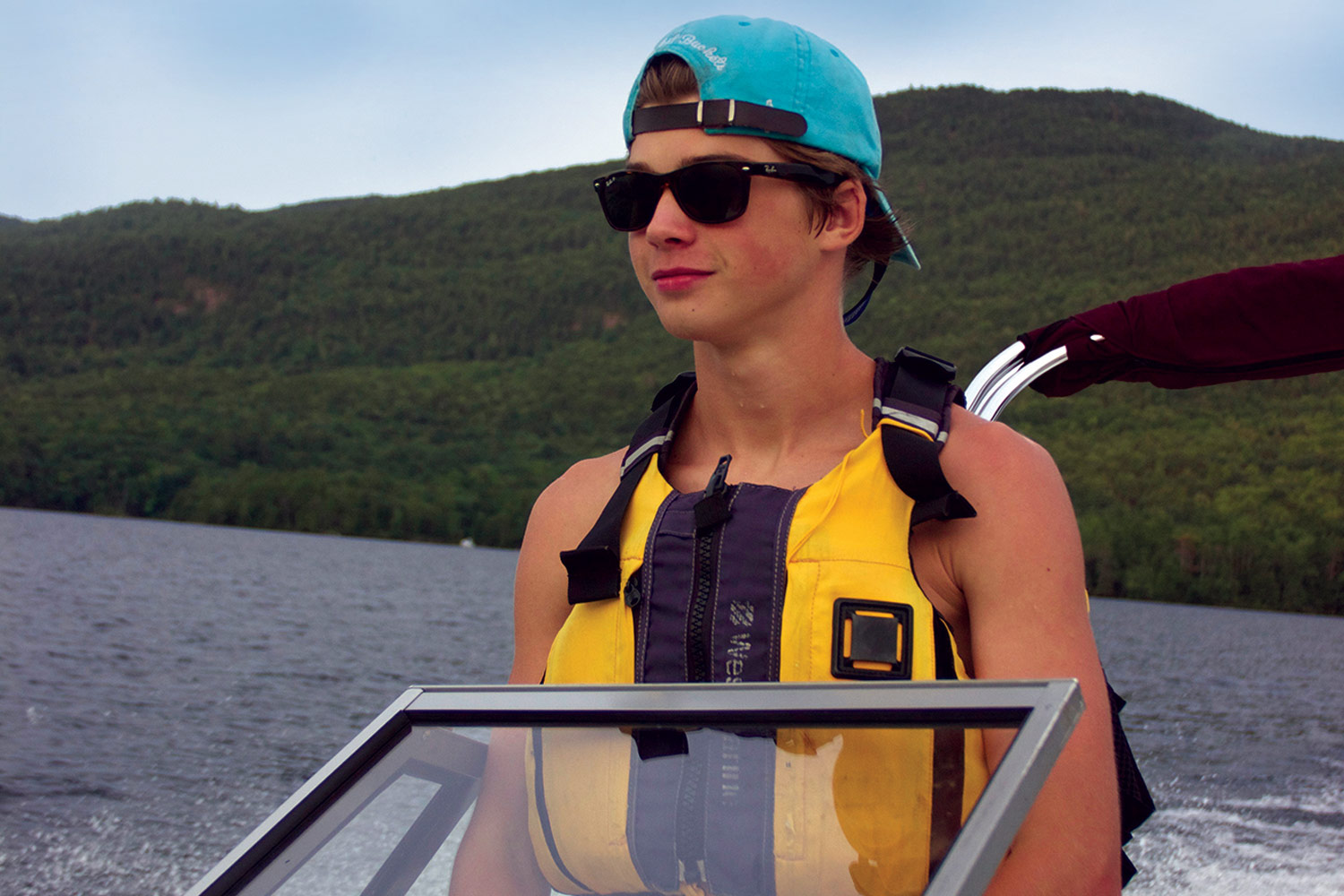 If you spend time on the water, you are probably familiar with different types of life jackets, or PFDs—personal flotation devices. PFDs are an important part of water safety. Some activities require people to wear specific types of PFDs by law, and for others, it is simply a good idea. 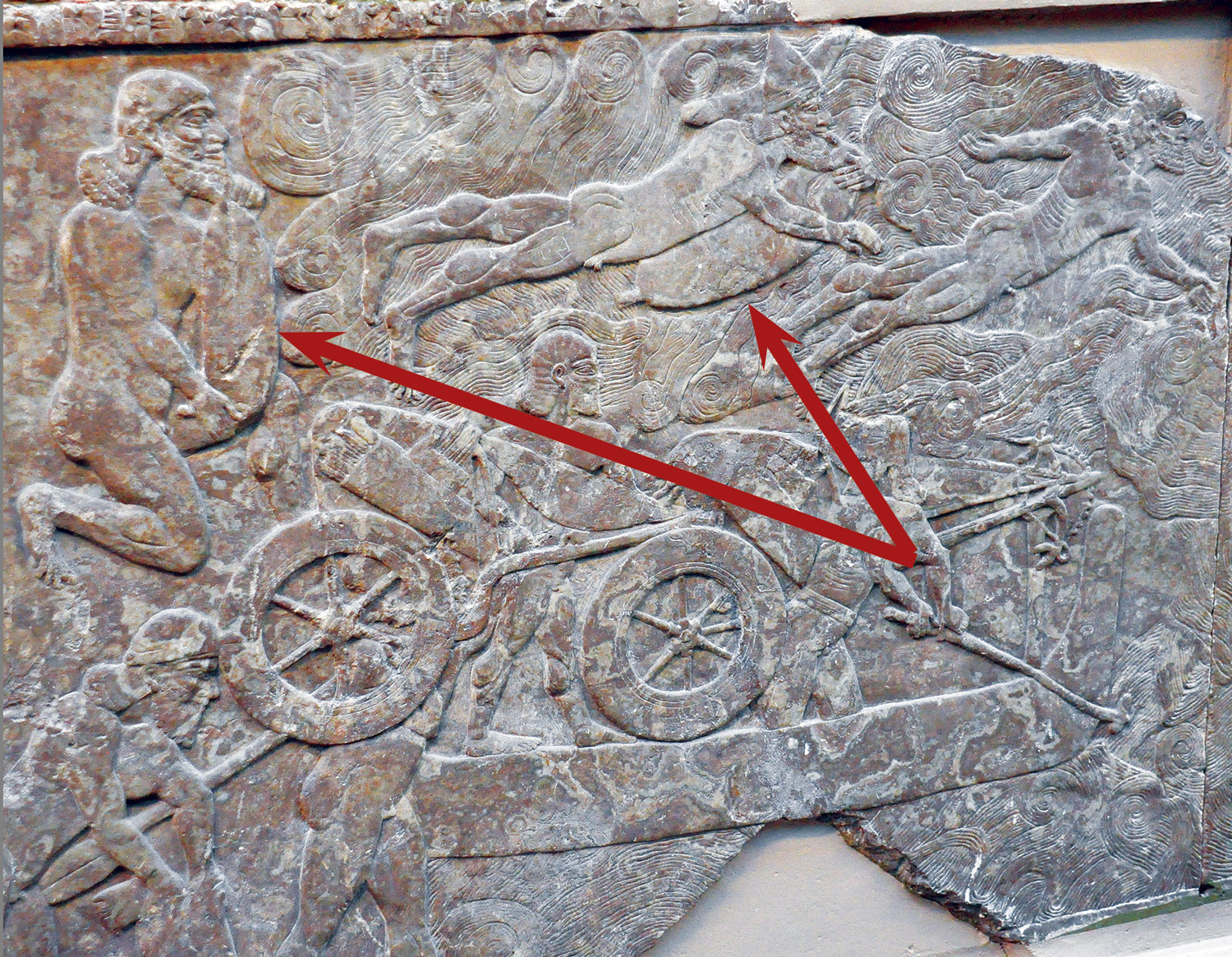 Personal flotation devices have been around a long time. We know that people have been using variations of the PFD since at least 860 BC. In the British Museum, there’s a sculpted gypsum panel from an ancient palace from this era that depicts the Assyrian army crossing a river. Some of the soldiers are swimming across while they hold on to inflated animal skins to keep them afloat.

The first modern version of the PFD that would resemble what we have today was developed in the 19th century by the Norwegians, who wore vests made with blocks of wood or stuffed with cork.

Cork became the flotation material of choice, but it was bulky and uncomfortable. In the 1920s, a plant fiber from the kapok tree became popular because PFDs made with it were softer and easier to wear. Kapok has a waxy coating, which floats and provides enough buoyancy that, when sealed in vinyl pouches, proved an effective type of wearable flotation. This sounded like a great option, unless something punctured the vinyl and saturated the pouch, turning the flotation device into a heavy sinker. 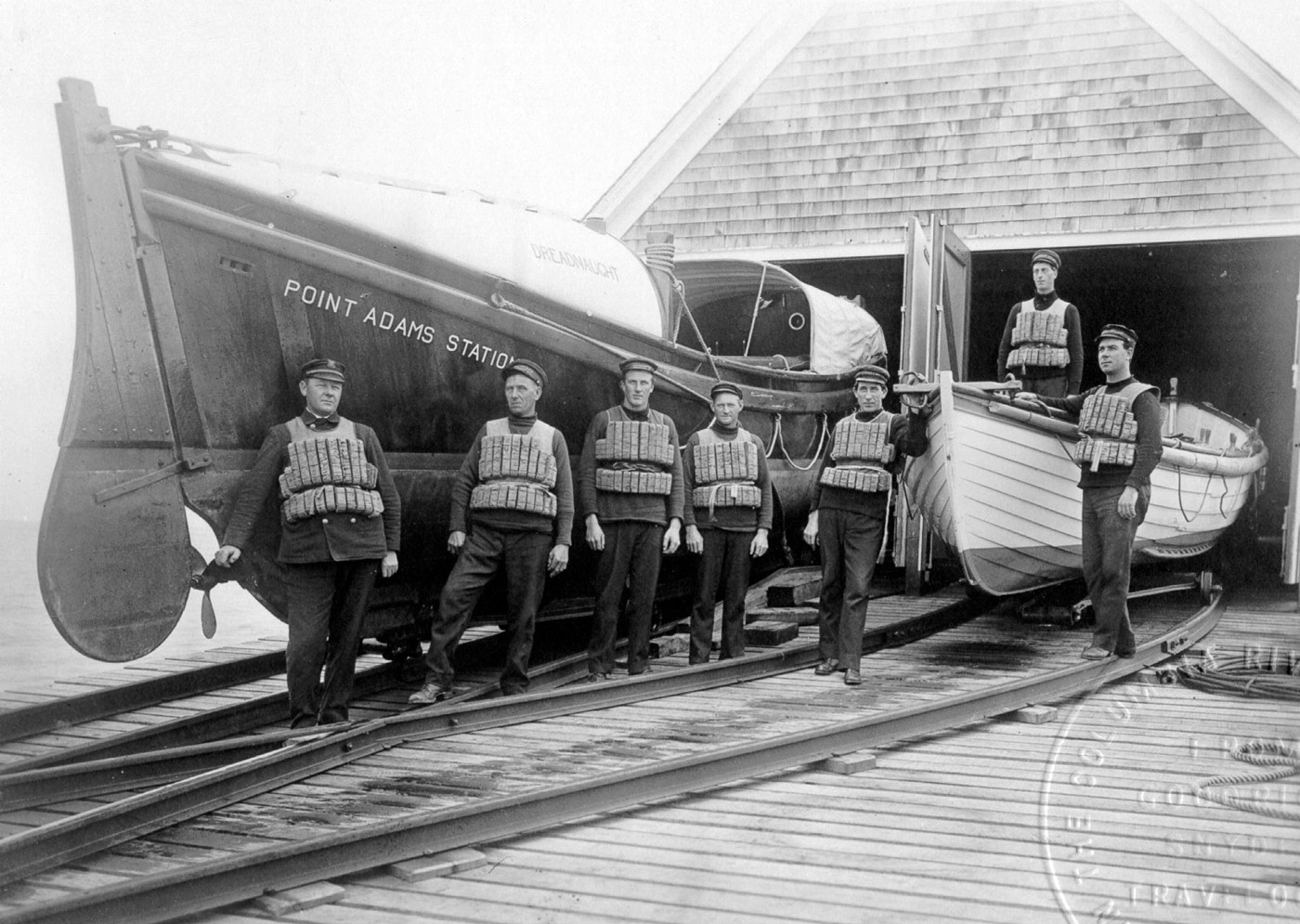 Coast Guardsmen at Lifeboat Station Point Adams in Oregon pose in their USCG-issued cork personal flotation devices. Cork PFDs were the standard life jacket in use in the 2nd half of the 1800s. Photo courtesy of USCG Historian’s Office. 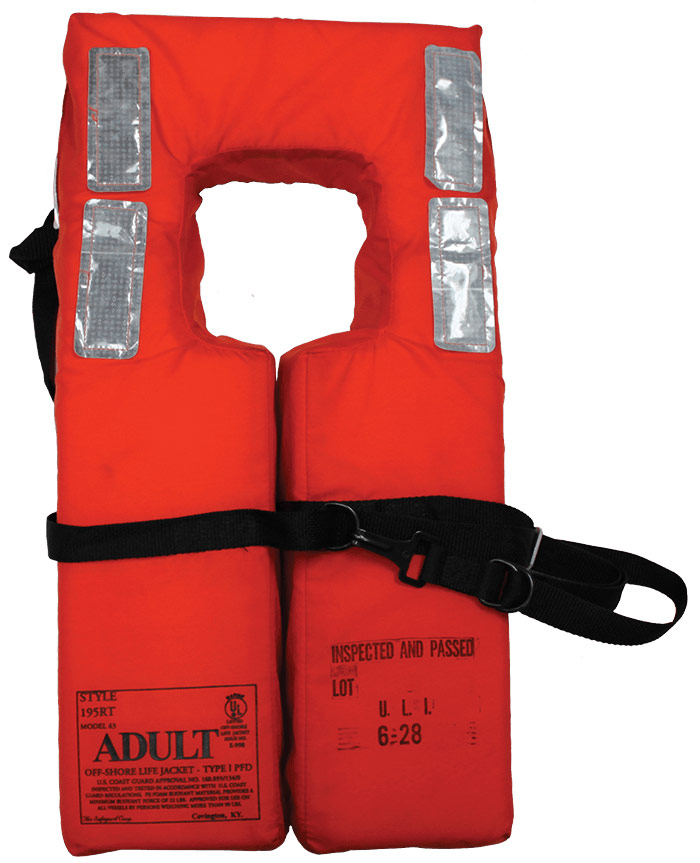 Today, synthetics are used to make all kinds of PFDs. Some of the softer and more flexible vests are made with closed-cell foam or foam plastics encased in nylon. This type of foam can rip and tear and still stay afloat. It is also more comfortable to wear. One thing we know is that if PFDs are too bulky or uncomfortable to wear, people won’t use them, which defeats the whole purpose.

There are five categories of US Coast Guard-approved PFDs, from Type I to Type V. Types I, II, and III are wearable life jackets and vests. Type I provides the most flotation and is designed to keep a person’s head face-up and out of the water, even if he or she is unconscious. These are usually bulky and people don’t like to wear them for normal activity on the water. These would be the type you would put on in the case of an emergency, such as a boat capsizing or sinking. Type III are what most people are familiar with. These are life jackets and vests you would wear for waterskiing, kayaking, and other activities around the water. Type IV and Type V are generally special-purpose PFDs, such as throwable cushions and life-rings, inflatable PFDs, and work vests for people who work on commercial vessels.

Individual states have different laws requiring their use, but, in general, the US Coast Guard recommends that you wear a PFD that fits well and is in good condition every time you head out on the water—just like you put on a seat belt every time you get in a car. 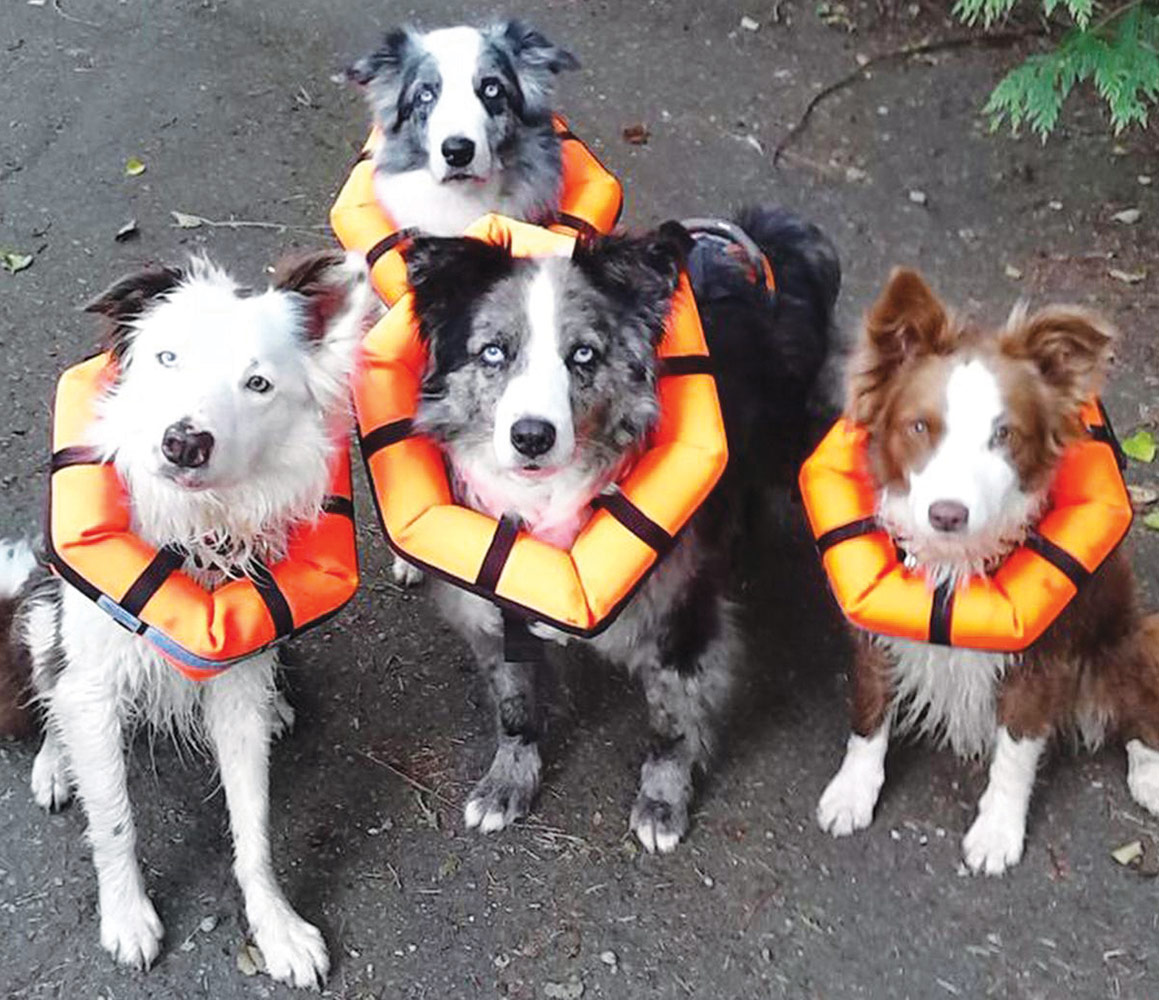 Yup—there are even PFDs for your dog. While the Coast Guard does not certify life jackets for non-humans, there are plenty of options out there for your dog. While most dogs can swim, they can still find themselves in situations where they are lost or far from shore and become exhausted. The American Veterinary Medical Association recommends that boaters consider finding a good-fitting PFD for dogs who spend time on the water. These salty sea dogs are modeling watercollars made by Hedz Up Pets, a company out of Louisiana that ships worldwide. (www.hedzuppets.com)