Kids as Crew: Ship’s Boys, Powder Monkeys, Cabin Boys, and Midshipmen in the Age of Sail 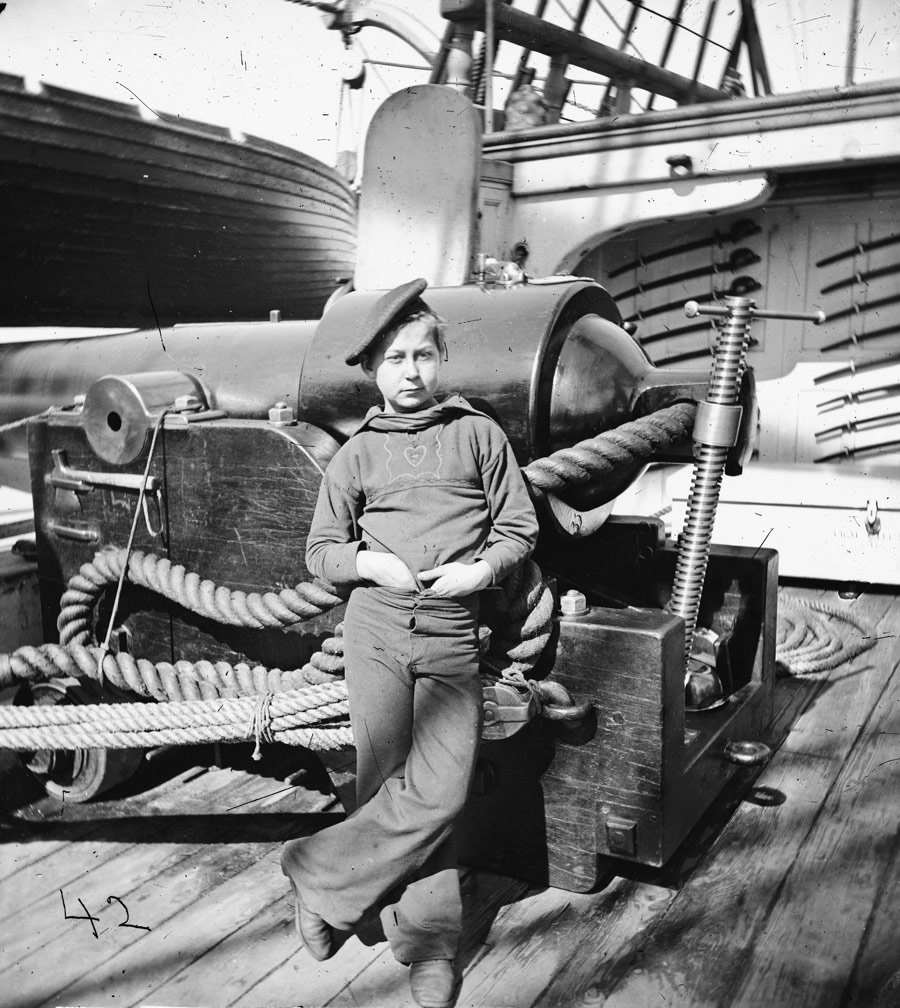 The Age of Sail was said to be the domain of “wooden ships and iron men.” This may be true, but sailing ships also had “boys” on their official crew lists. Truth be told, some ships also carried women, and some of the people who signed on as “ship’s boys” were actually girls. But what were these kids doing on board sailing ships?

Today, you have to be 14 years old before you can get a job in most states in the US, but in the Age of Sail both merchant ships and navy vessels signed on boys as young as seven years old as regular members of the crew. Positions open to kids were usually that of cabin boy (also called ship’s boy), midshipman, and powder monkey. Ship’s boys and powder monkeys usually came from poor families, or were runaways or orphans. Getting a position onboard a ship at least meant they had a place to sleep and meals to eat, plus opportunities to travel the world and perhaps rise in the ranks and captain their own ships someday.

Midshipmen were navy officers-in-training and received instruction in navigation and seamanship, plus other classes that would prepare them for a career as an officer. To become a midshipman, you needed a referral from either someone of rank in the navy or from someone with connections in society.

Cabin boys helped the cook in the galley and carried meals to the seamen in the mess deck (where the crew ate their meals) and to the officers in their quarters aft. On big ships, they carried messages back and forth between officers and the rest of the crew, who occupied different parts of the ship. When needed, ship’s boys would go aloft to stow sails with the crew, and when the weather was good, they stood a watch at the helm and learned how to steer the ship. While a ship’s boy was usually a teenager, the term “boy” was actually a job title; a grown man or a woman sometimes signed onboard as a ship’s boy.

Powder monkeys were usually the younger boys, chosen in part because they were short and could fit in the cramped spaces of a sailing warship. Their job was to carry gunpowder from where it was stored in the lower section of a ship to the gun crews manning the cannons on the upper decks. It was very dangerous job.

Today, kids can still go sailing aboard tall ships, but they go as students on sail training ships. For a listing of ships that offer programs for teenage-adventurers, check out the website for Tall Ships America at www.sailtraining.org.

Dorothea Gould (left) spent her childhood sailing aboard her family’s 3-masted schooner (right) during World War I. Her father was the captain and her mother served as the ship’s cook, while Dorothea was the “cabin boy.” Her duties included taking care of the ship’s logbook, memorizing which signal flags would be set to convey different messages, setting the flags coming in and out of port, hauling food stores out of the ship’s lazarette, and steering the ship. In addition, she was required to learn the names and placement of every piece of rigging and every sail.