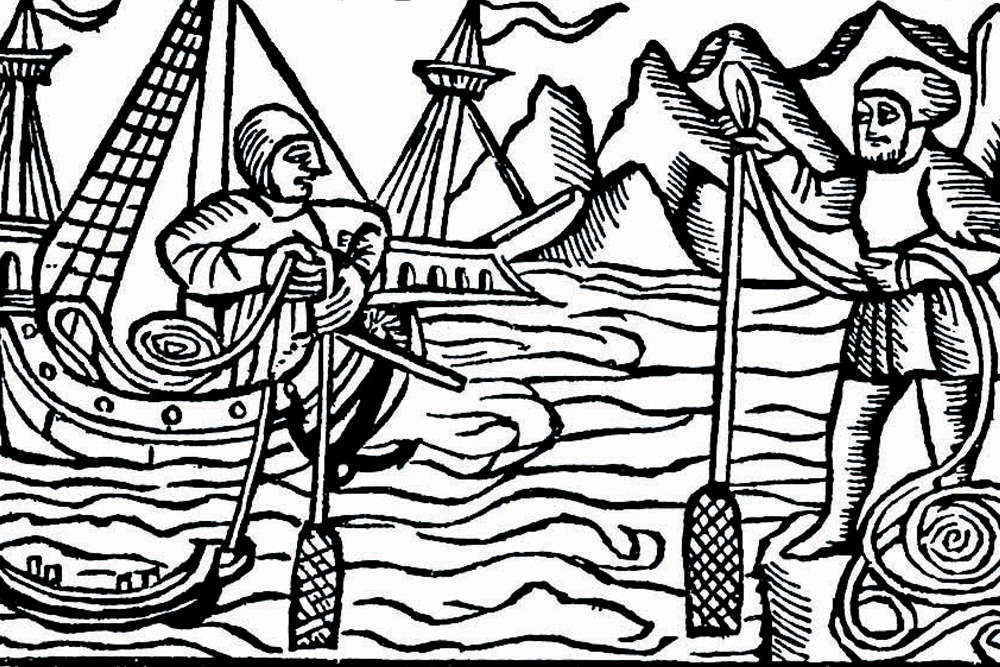 One of the first and most valuable inventions in navigation was the leadline. Since the 5th century BCE, the leadline has been used to both measure the depth of the water and determine the characteristics of the sea floor. 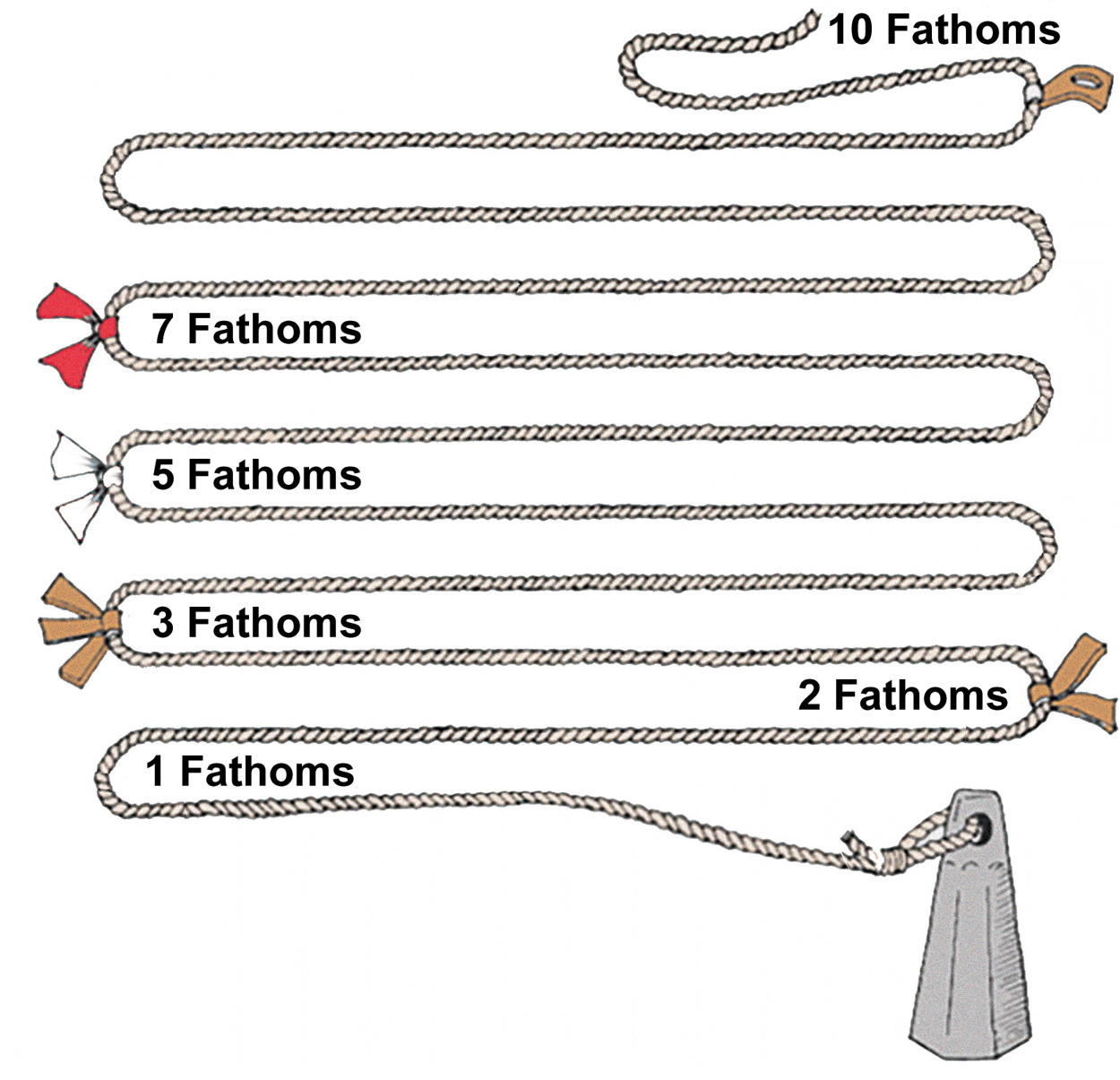 This tool is so simple and reliable that its design hasn’t changed much in thousands of years. It consists of a lead weight attached to a rope that is marked at measured lengths. The bottom of the lead is concave, or cupped inward. Filling this space with something sticky, such as tallow (animal fat) or grease, is called “arming the lead” and is used to bring up bottom samples, such as sand, gravel, or mud, to show what was on the sea floor in that spot.

The length of line that it took to reach the bottom was measured and recorded, called a sounding. To collect sounding data to make nautical charts, mariners and scientists would take hundreds of soundings with the leadline from boats and ships before the development of echosounders and other high-tech electronic instruments. The deeper the water, the bigger the lead.

A traditional leadline is marked at measured intervals with red or white rags or strips of leather to make it easier to read: 2, 3, 5, 7, 10, 15, 20, and 25 fathoms. The person taking the soundings would throw the lead and its line overboard—holding on to the end—and let the line slide through his hands until the lead weight stopped at the bottom. Then he would note which marking was closest to the surface of the water and call out, “by the mark 5” if near the white rag marking five fathoms or “by the deep 6” if in between the white and red rags at 5 and 7 fathoms.

Today’s prudent mariner still carries a leadline in his or her boat. It never needs batteries and never needs to be recalibrated, making it an extremely reliable tool.