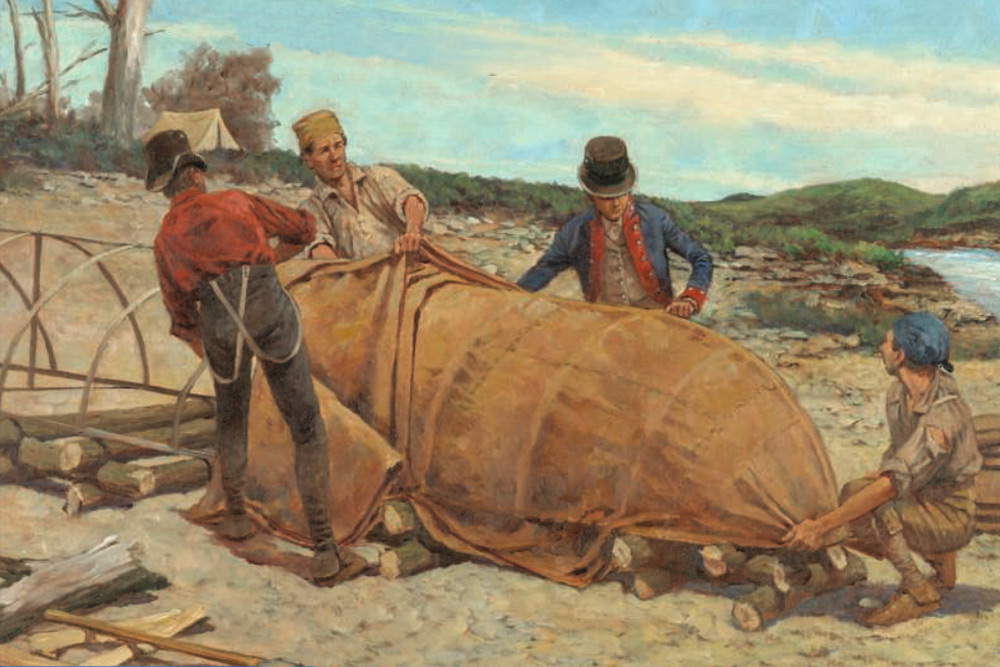 “…my greatest difficulty was the frame of the canoe, which could not be completed without my personal attention.”
— Meriwether Lewis, 20 April 1803

Lewis and Clark discovered many things 200 years ago. That America is vast. That the Rocky Mountains are higher than they’d anticipated. That wolves, bears and even buffaloes can be dangerous. And that iron sinks in water.

In 1803, as part of the preparations for an historic expedition to explore the newly-purchased Louisiana Territory, Thomas Jefferson and Meriwether Lewis worked together to design an experimental, collapsible boat with a frame of iron.

Named The Experiment, the craft was to be packed up and taken along to help transport the explorers and their supplies on the journey up the Missouri River. The frame was forged and sections of the boat were tested in the water at Harpers Ferry, Virginia. The plan was that the frame would be unpacked and assembled alongshore, then be covered with animal skins, made watertight with tar and launched into the Missouri River.

“…she leaked in such a manner that she would not answer. I need not add that this circumstance mortifyed me not a little;…to make any further experiments in our present situation seemed to me madness;…and the season was now advancing fast. I therefore relinquished all further hope of my favorite boat…”
— Journal of Meriwether Lewis, 9 July 1805

One hot frustrating day in July 1805, after repeated attempts to get the animal-hide covering to maintain watertight integrity, Lewis gave up and buried the iron frame, along with a cache of letters and gear, near the expedition’s camping spot along the Missouri.

Some historians now believe that they have discovered the site of that camp and archaeologists using magnetometers are trying to locate the hidden cache of supplies (including the frame of the boat). If the cache is located (and the goods are reasonably well preserved) it could prove to be one of the most enlightening set of artifacts associated with the historic expedition.

“…ordered…to take her to pieces tomorrow and deposit the frame at this place as it could probably be of no further service to us.…I bid adieu to my boat and her expected services”
— Journal of Meriwether Lewis, 9 July 1805 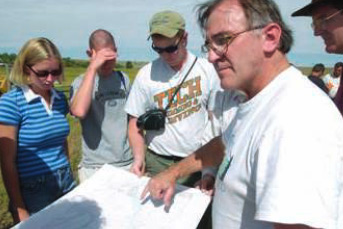