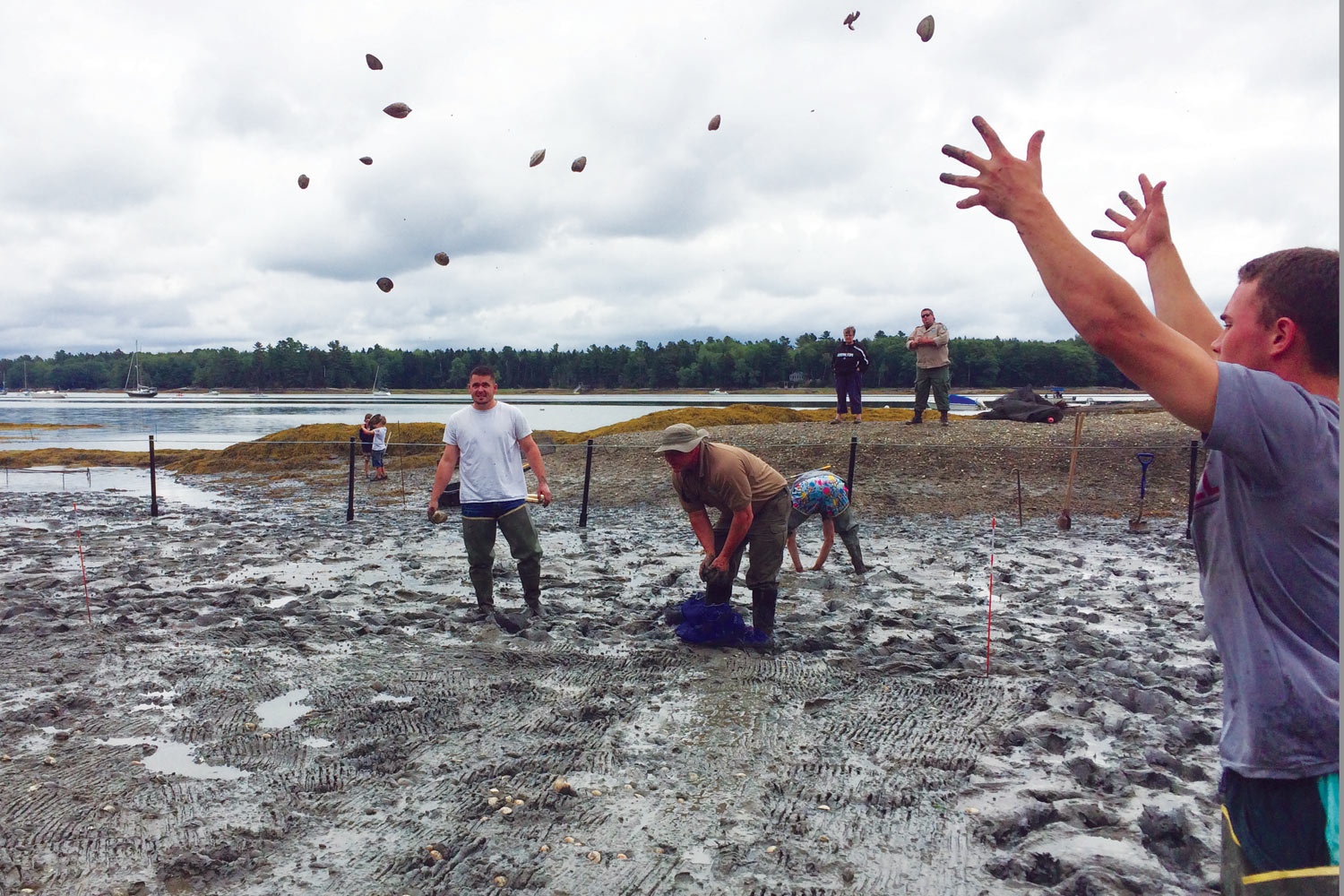 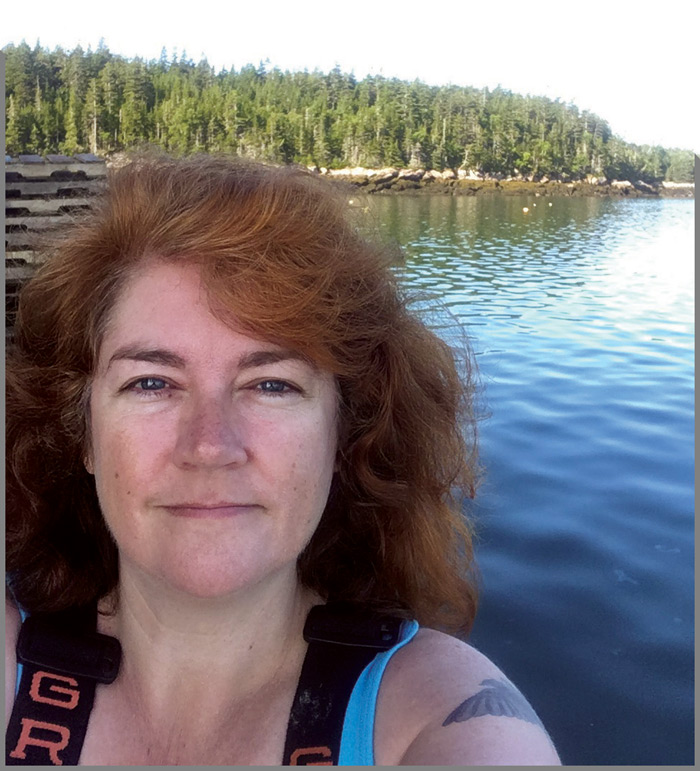 From mudflats, to coastal islands, to offshore waters, Darcie Couture’s work environment changes on a day-to-day basis—sometimes on an hour-to-hour basis. Darcie is a marine scientist and owner of a research lab that monitors marine environments.

She grew up in Maine, about an hour’s drive from the coast, and knew she wanted to be a marine biologist since childhood. “I was attracted to the idea of working with marine mammals… to train dolphins and stuff.” But in college she learned more about the field: “I realized that those jobs are pretty hard to get, and you’re actually more likely to end up cutting up fish to feed the dolphins instead of training them.” She shifted her focus to the local marine environment in the Northeast, and all the things she could study there.

After college Darcie held a series of jobs related to marine science and the sea, from working in a lab to crewing on sail training ships for semesters-at-sea and other experiential at-sea programs. After a few years having a great time sailing the waters between New England and the Caribbean, Darcie and her husband settled down and had a couple of kids. She worked along the way to help pay the bills, but soon she felt drawn back to marine science and enrolled in graduate school. As a mom with two little kids, she got two masters degrees at the same time at the University of Maine: one in marine biology and another in marine policy.

The Maine Department of Marine Resources hired her right out of school to monitor biotoxins in the marine environment, and soon she became an expert on marine biotoxins that affect the shellfishing industry and commercial fisheries. But Darcie has an independent streak and a need for some adventure, so she quit the government job and opened her own lab. 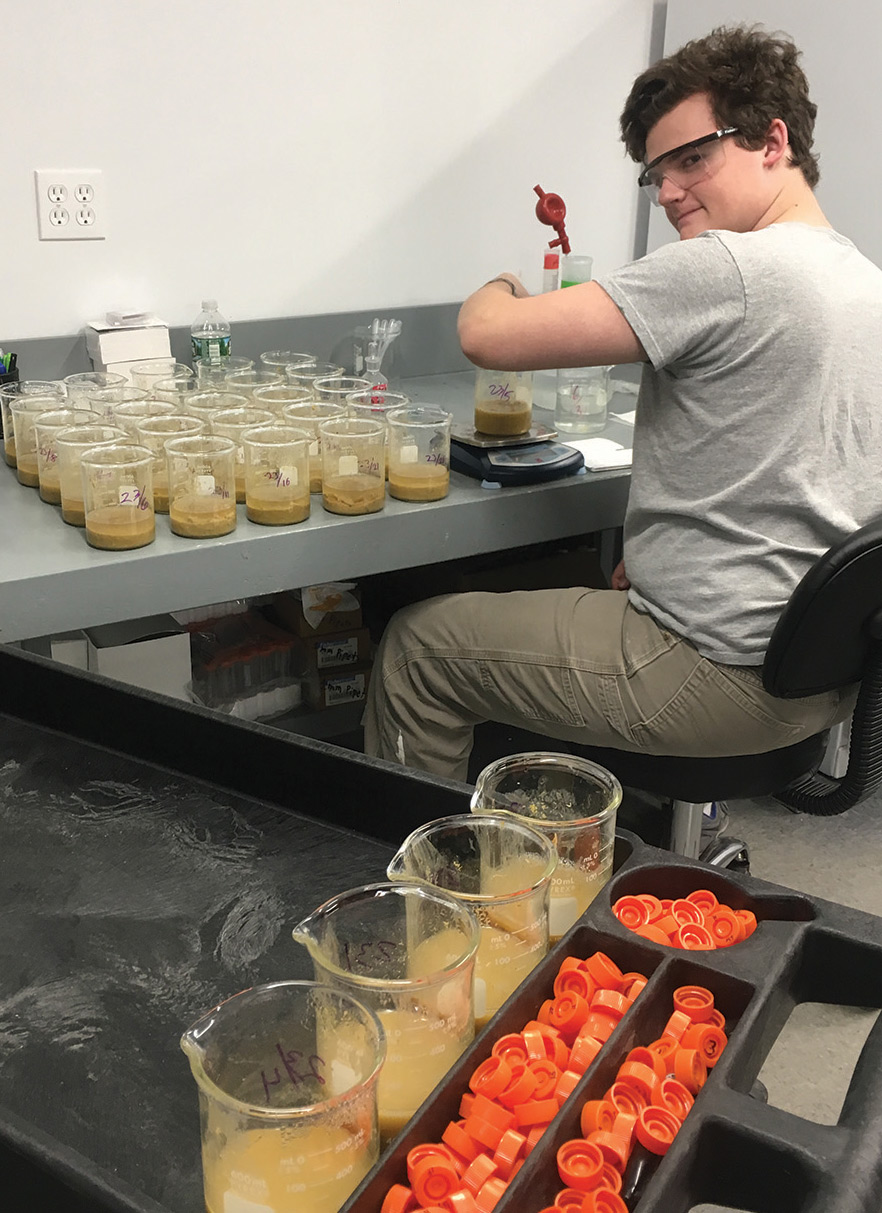 Darcie’s son Lane in the Lab

Now she’s her own boss; she can choose the projects she takes on and turn down offers that don’t appeal to her. Right now, she is simultaneously a marine scientist and a small business owner, and she even works for a commercial lobster boat on occasion … just because she likes to.

I do a wide range of work. Some of my major ongoing projects include lab testing for red tide* in clams, testing ocean sediment beneath salmon pens to check for damage to the environment, conducting field surveys to assess wild shellfish populations, and collecting phytoplankton samples at sea to assist larger projects run by other groups. I have recently become interested in aquaculture—specifically oyster farming. I have done several projects helping people set up oyster farms and just recently I set up my own.

Darcie spends time out on the water and in the intertidal zone, but as a business owner and someone who works in the highly regulated shellfisheries, she spends plenty of time in her office doing paperwork and helping oyster farmers complete their lease permits. She has a crew in the lab, who also work in the field with her. 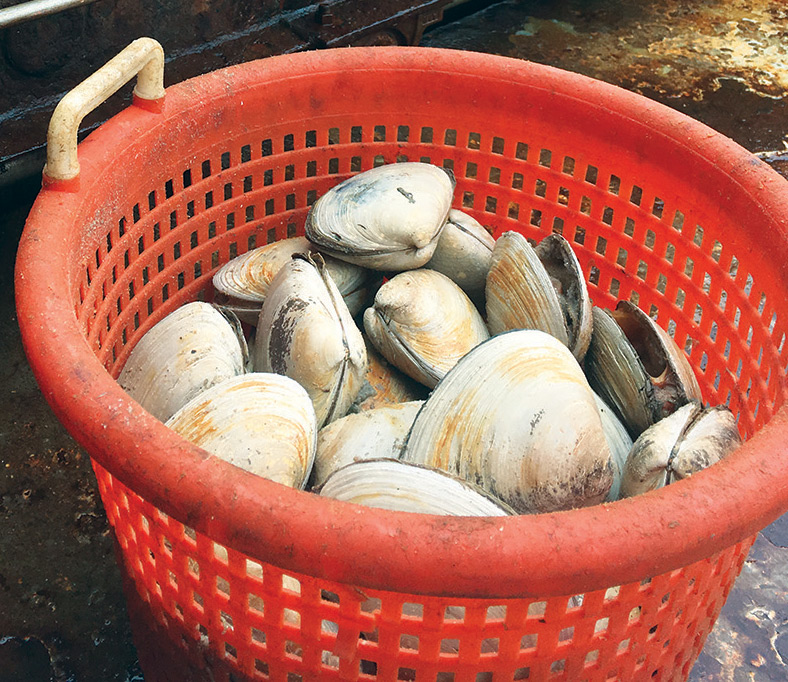 I am responsible for their employment and safety as well, which I take very seriously. Some people can be perfectly happy working at the same job every day. I realized early on that I get bored doing the same thing all the time, and I knew that I needed to find a way to make my job different and interesting for me. When you have a real passion for what you’re doing, then you get excited to go to work every day. I get to spend a lot of time out on the water, see all kinds of amazing places, and work with lots of different people. I’m so happy to work for myself and make my own choices every day, that I wouldn’t have it any other way.

*Red tide is caused by algae blooms that produce a toxin ingested by shellfish. While harmless to bivalves like clams, mussels and oysters, high levels of these toxins can cause people who eat them to become sick or even die. Illnesses in humans are commonly referred to as paralytic shellfish poisoning, or PSP.