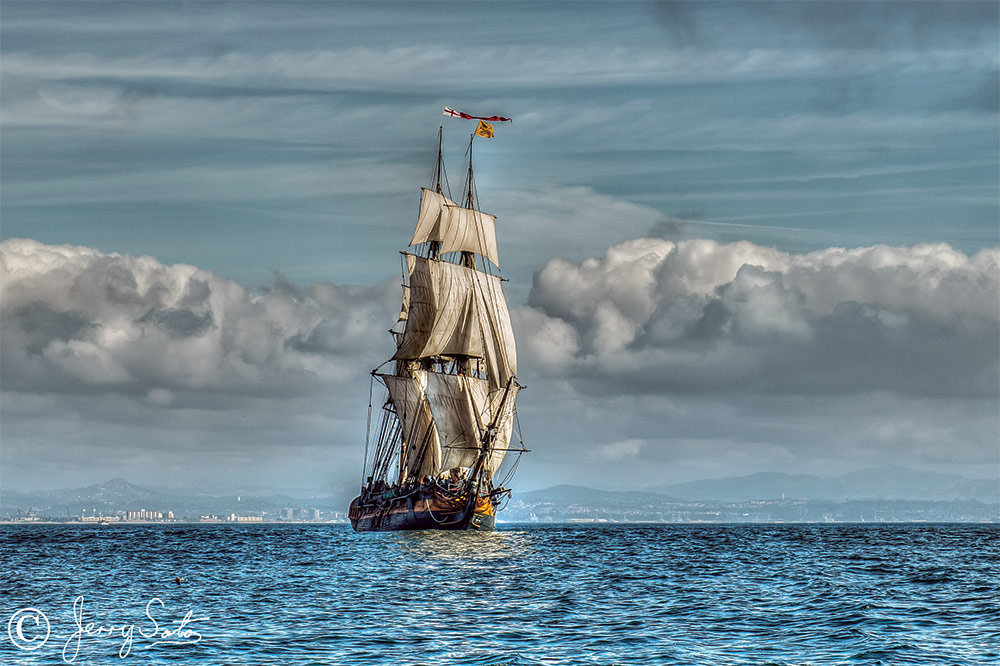 Heroes come in all shapes and sizes. Anyone who has fought off husks in Fortnite knows this to be true. But how much do we know about real battles from the past?

Take the American Revolution, for example. Can you name one hero from the epic struggle to defend liberty from tyranny? Can you name three? Which of these heroes would you follow on Twitter or SnapChat if they were alive today?

Most Americans can name at least one of the Founding Fathers, the men who signed the Declaration of Independence in 1776, but what about the ordinary men and women who risked their lives to protect our freedoms? What about the everyday heroes? You may remember learning about Crispus Attucks, who was killed in the Boston Massacre in 1770, but have you ever heard of Michael Corbet?

Michael Corbet never won a battle or uttered a memorable quote in a moment of crisis, but in the years leading up to the American Revolution, his was a name familiar to American colonists who were advocating for independence. A year before the Boston Massacre, Corbet was involved in a bloody encounter with the British, an encounter that John Adams—who would go on to become our 2nd president—claimed did more to motivate American colonists to resist British authority than the more famous clash in Boston where Mr. Attucks and others were killed. Reflecting on Corbet’s case later, Adams wrote that “Corbet ought not to have been forgotten.”1

Michael Corbet grew up during the 1700s, most likely working out of Marblehead, Massachusetts, as a merchant mariner and fisherman. Marblehead was then the center of the fishing industry in colonial America. Fishing schooners sailed from the port with anywhere from five to ten men and typically went far out to sea for weeks at a time, catching and processing fish. The catch would be gutted and salted at sea and then dried and salted again on shore before it was packed in large barrels for overseas distribution. Some of the same schooners and fishermen that caught the fish also sailed the final product to markets in Europe and the Caribbean islands. 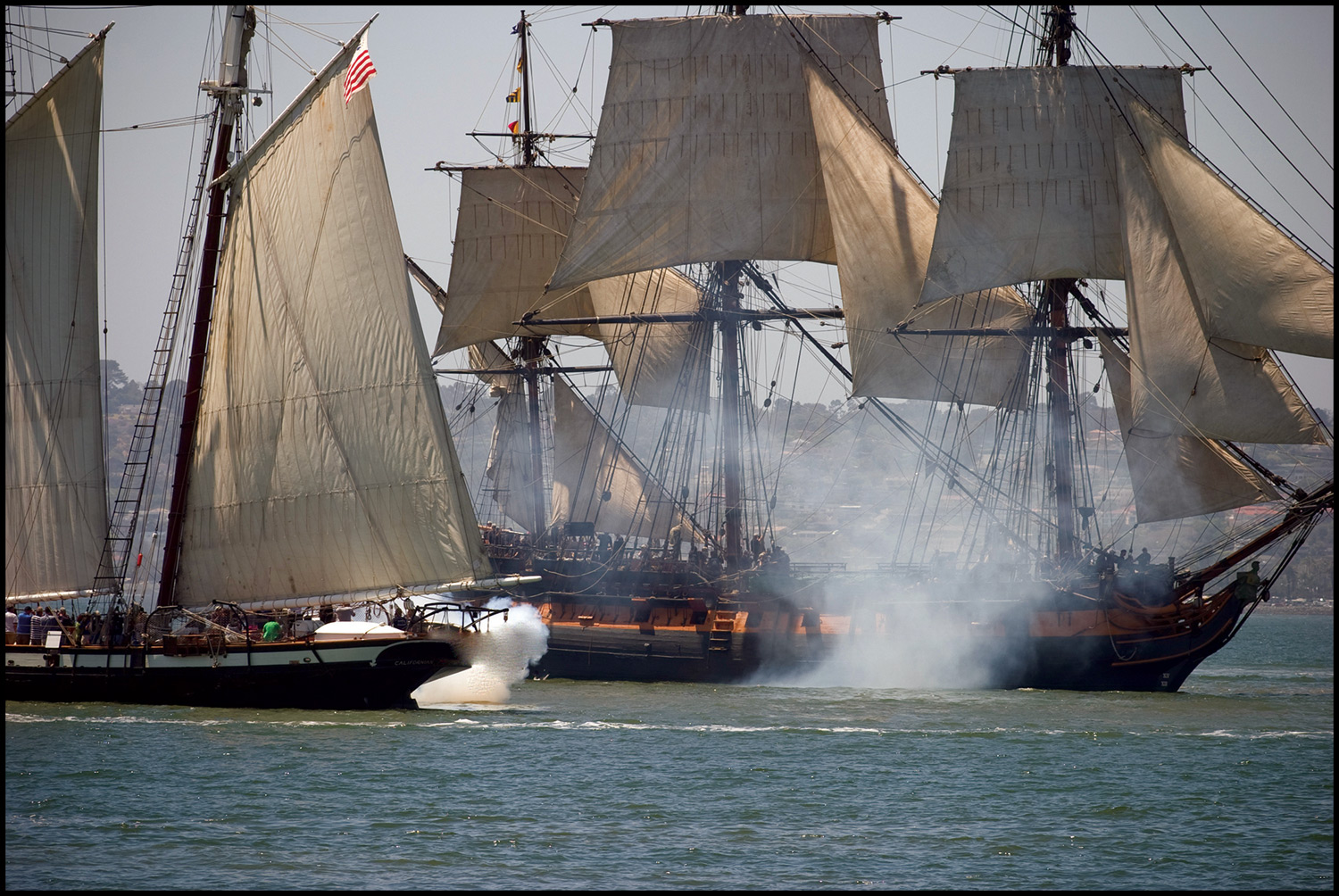 In the spring of 1769, Corbet and six other Marblehead mariners were sailing home from Spain aboard the American brig Pitt Packet< with a cargo of salt for the New England fisheries, when they were stopped at sea by a British warship and forced to defend their freedom. The Royal Navy frigate HMS Rose halted the Pitt Packet off the Massachusetts coast and sent a press gang to board her.

The British Royal Navy in that era had the largest fleet in the world, but not enough people to man the ships. To alleviate its manpower problem, the military used impressment to augment its crews, a practice despised by most but considered by many as a necessary evil to maintain British supremacy on the high seas. Press gangs made surprise raids ashore in port towns and boarded vessels on the high seas to press, or force, men into military service. A lieutenant usually led these gangs.

A press gang marches merchant ship crewmen from their vessel to a waiting naval warship. Impressment was legal but generally hated, as it took men against their will from privately owned commercial ships at sea or from their homes ashore to man the Royal Navy fleet. In the era of sailing warships, the navy needed hundreds of men to operate a single ship and man its guns in battle. Frustrations with the British impressment of American sailors was a major factor in the United States declaring war on Great Britain for a second time, the War of 1812. After the end of the Napoleonic Wars and the War of 1812, both in 1815, the Royal Navy’s manpower needs were significantly decreased and impressment fell out of use.

As the 20-gun frigate HMS Rose was patrolling the coast of Massachusetts in April of 1769, it came upon the Pitt Packet as it was heading to port at Marblehead. Lieutenant Henry Gibson Panton and his gang boarded the Pitt Packet on the premise that they were searching for contraband cargo, but with the true intent of pressing some of the Pitt Packet’s crew into the Royal Navy. When Corbet and his mates saw what was happening, they grabbed fishing gear, including a fish gig, or spear, and locked themselves in the forepeak, up in the bow of the ship.

Lt. Panton demanded that the men come up on deck, to which, according to later testimony by the ship’s cook, Corbet and his mates replied that they were “Freemen born free, and would not go aboard a Man of War.”2 James Siley, a British marine who accompanied the press gang, and John Roney, Pitt Packet’s master, both testified they heard Corbet and his mates “say they wanted nothing but their Liberty.”3 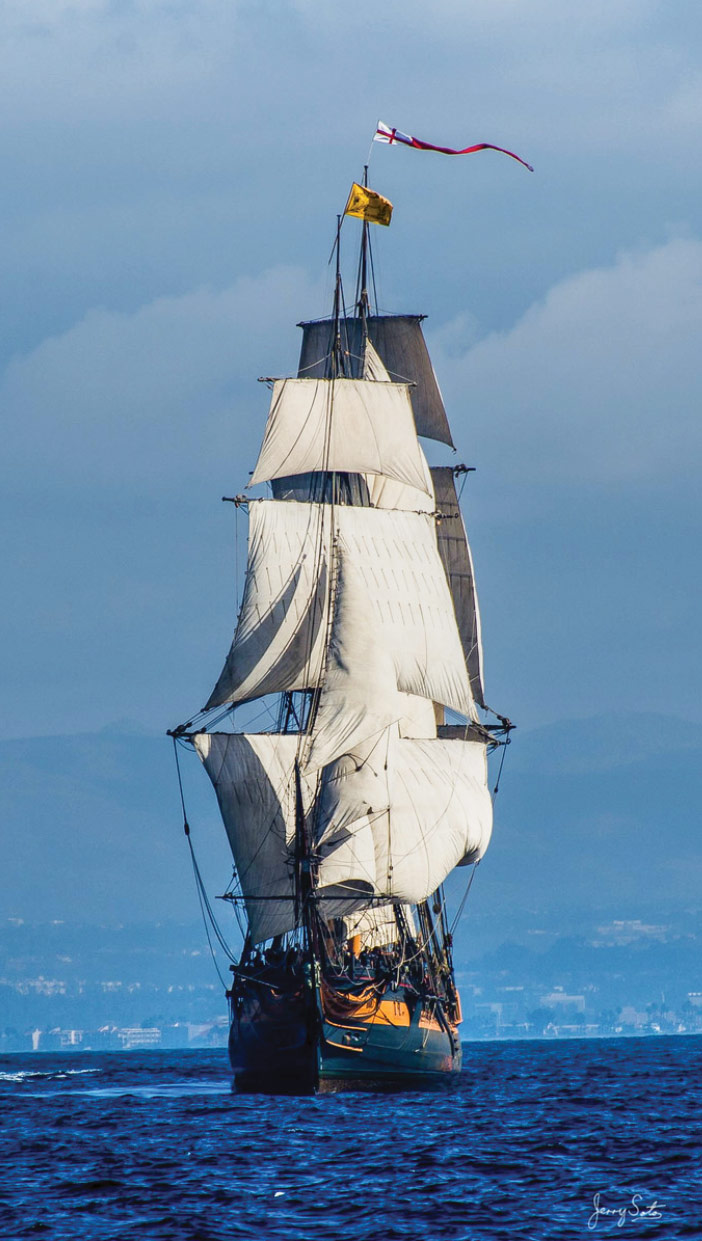 HMS Rose was built in 1970 as a replica of the 20-gun British frigate of the same name from the 18th century. Rose would have been an intimidating sight on the horizon and it is unlikely that the crew of Pitt Packet would have been able to escape a warship of this size. In 2001 the replica ship you see here was cast as HMS Surprise for a starring role in the Hollywood movie Master and Commander: The Far Side of the World. The Rose crew sailed her south from New England, passed through the Panama Canal, and sailed up to California to deliver the ship to the filming location. After the movie was made, the ship, now re-named HMS Surprise, was purchased by the Maritime Museum of San Diego in Southern California, where she is open to the public as an exhibition ship as part of the museum’s fleet of historic and replica vessels. The 250th anniversary of the Pitt Packet Affair is on 22 April 2019. (Maritime Museum of San Diego, www.sdmaritime.org)

The lieutenant forced his way inside. Corbet took a fistful of salt and threw it across the deck in front of Panton’s feet and threatened the British naval officer with death if he crossed the line of salt. Panton was undaunted, took a pinch of snuff, and stepped towards the seaman. Corbet grabbed a nearby harpoon and launched it at his attacker.

The harpoon struck Panton in the neck, severing his jugular vein. The press gang carried him up to the main deck, where he bled to death. A fight ensued, leaving two of the Pitt Packet’s crew shot and severely wounded. Corbet and his shipmates were arrested and charged with murder.

The trial was a sensation. John Adams, then a practicing lawyer in Massachusetts, defended the mariners in a Boston courtroom. Day after day, crowds of people surrounded the courthouse, while newspapers in Boston, New York, and Philadelphia printed coverage of the case as it unfolded in court.

Adams succeeded in getting the charges against Corbet dropped on the basis of justifiable homicide in self-defense. Adams argued that Americans had a right to defend their liberty. The case profoundly influenced public opinion in America. A year later, John Adams would serve as the defense attorney for the British soldiers who fired upon Crispus Attucks and the crowd of protesters in the streets of Boston.

Adams never forgot Corbet. When he served on the Marine Committee that established the first American navy, he nominated Corbet for a captain’s commission. Adams knew Corbet would not flinch in the coming fight.

Chris Magra is an award-winning author and a professor of history at the University of Tennessee–Knoxville.