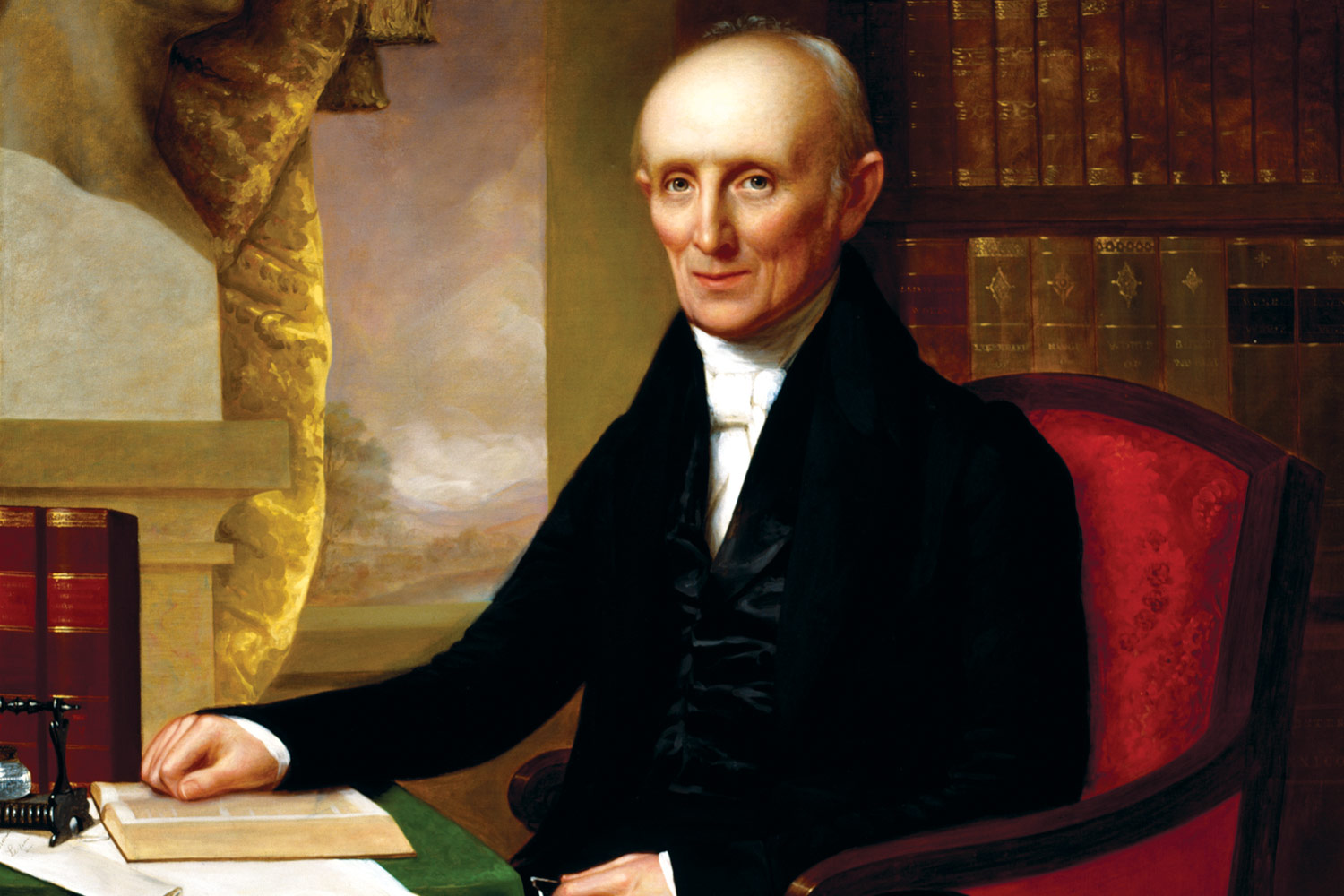 Navigator, mathematician, astronomer, clerk, insurance company executive, accountant—Nathaniel Bowditch
was all these things. He grew up in the late 1700s in Salem, Massachusetts, which was then an active seaport, where most everyone in town had something to do with ships and the sea. Like many boys in 18th-century America, Nathaniel Bowditch left school as a boy to apprentice to a skilled tradesman. 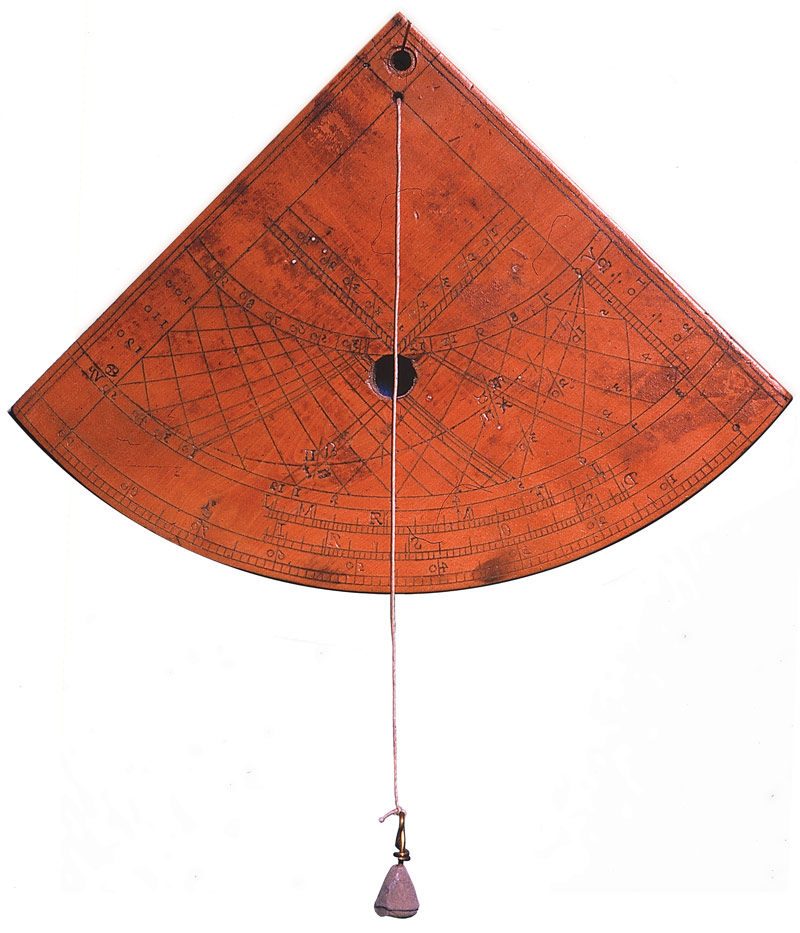 Nathaniel Bowditch was a perfectionist, which is a good trait for a navigator. When the tools he had at hand, either reference books or nautical instruments, were not up to par, he didn’t make excuses—he would just create new ones himself. The quadrant seen here was one he built himself. The octant (below) was another one of his personal instruments. You can see both of these items on display at the Peabody Essex Museum in Salem.

Apprentices worked for free in exchange for being trained in a trade or business. His apprenticeship began when he was twelve years old, when he went to learn bookkeeping from a local ship chandler (someone who sells ship supplies and equipment). During his apprenticeship, he met many sea captains and crewmembers, ship owners and others whose businesses were tied to the sea. In his spare time, he studied the books in the chandler’s library and taught himself algebra and calculus, and Latin, French, and several other foreign languages. When his apprenticeship ended in 1795, Nathaniel Bowditch went to sea as a ship’s clerk, and by his fifth voyage to the Far East he was sailing as the ship’s captain.

For someone who was interested in math, going to sea showed him how this interest had a very practical use. This was two centuries before tools like GPS and satellites made navigating easy. Back then, sailors kept track of their course direction and speed to determine how far they had traveled in a given direction, but this form of navigating, called “dead reckoning,” has its limits. A more reliable—but more complicated—way of navigating at sea was by taking measurements of the sun, stars, and moon and performing a series of calculations to determine a “fix,” or position on a chart.

At the time Nathaniel Bowditch went to sea, most mariners used a book called The Practical Navigator that had printed tables of star positions and tides to calculate their location at sea. When Bowditch began making his own calculations, he discovered thousands of errors in this book and began recalculating all of the equations and tables. By the time he was finished, he had redone just about everything and added so much new information that he ended up publishing it as a new book, The New American Practical Navigator (1802).

Between keeping the accounts for ships and merchants, going to sea and learning to navigate, and having an insatiable interest in mathematics and astronomy, he soon became an expert in the science behind celestial navigation. 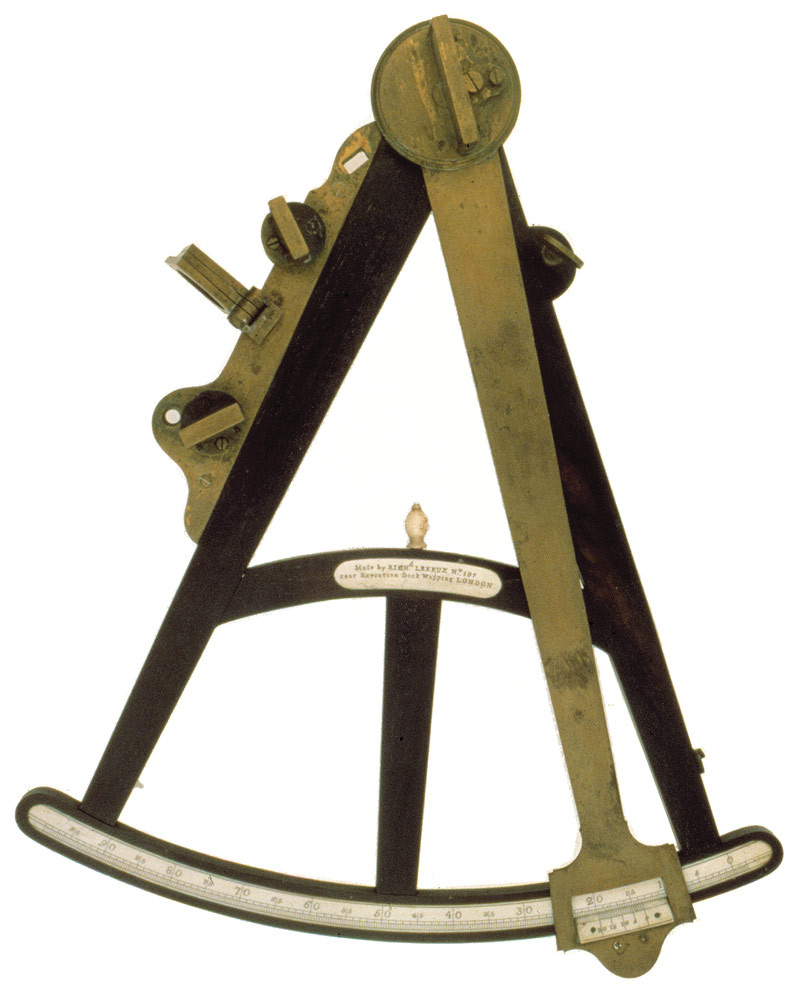 Bowditch’s book is useful because of its accuracy and thoroughness, but also because he wrote in a way that anyone could understand. He determined that he would “put down nothing in the book [he couldn’t] teach the crew.” By the end of his final voyage to Asia in 1803, every member of the 12-man crew—even the ship’s cook—could take and calculate a lunar observation and then plot the ship’s position on the chart.

Bowditch published many books and papers on mathematics, astronomy, and navigation, but The New American Practical Navigator was by far his most famous. This book is as useful today as it was in 1802, and because of that, the United States government bought the copyright in 1866 and continues to update and publish it, making it available to all. You can download the entire book for free online at the National Geospatial-Intelligence Agency’s website