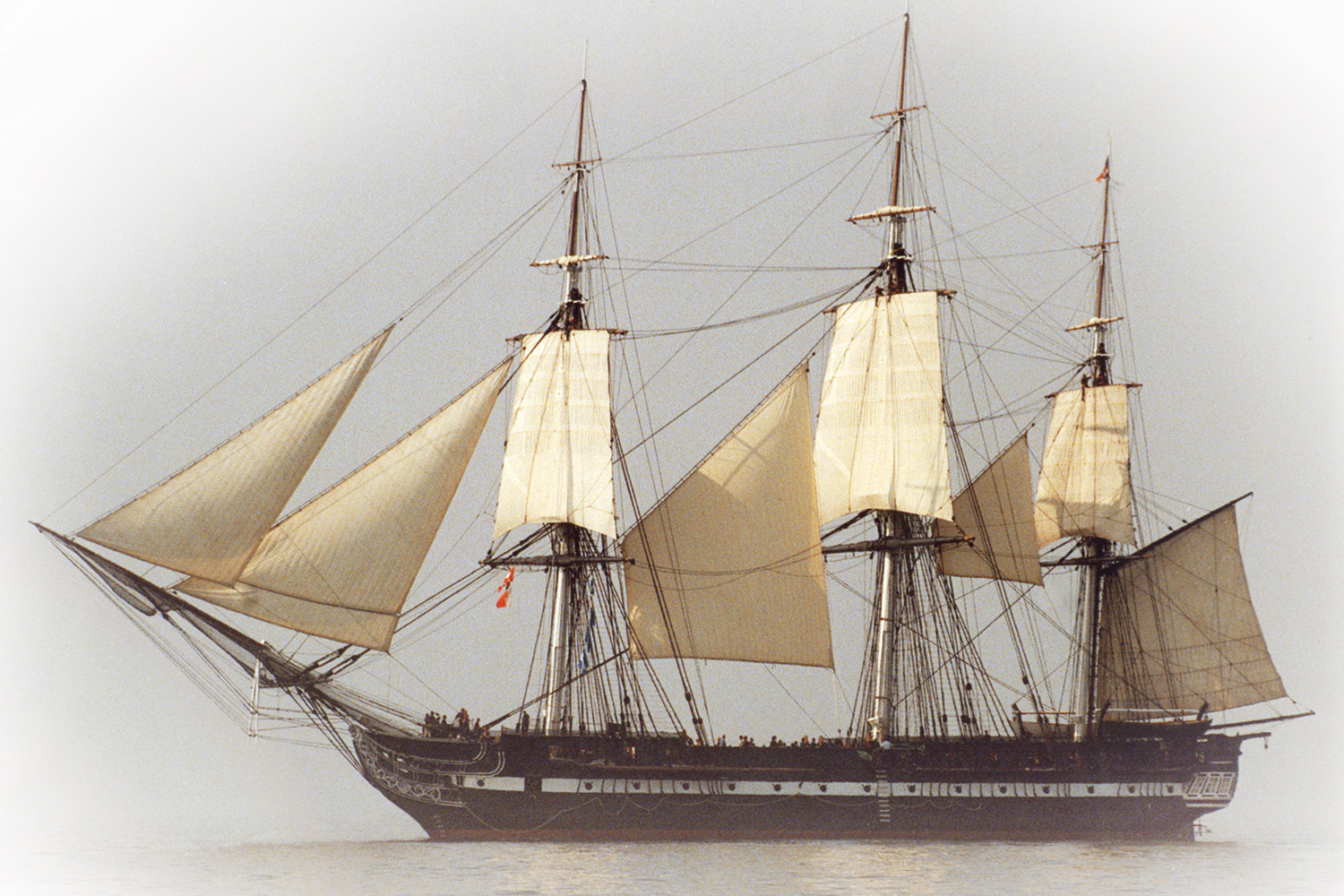 Old ships need lots of good friends to keep them afloat. Wooden ships, in particular, are perishable, just like fruit and vegetables. The wood in the frames and planks will rot if you don’t take care of them properly.

That is just what was happening to one of our most famous historic navy ships, USS Constitution, in 1830 and again in 1924. 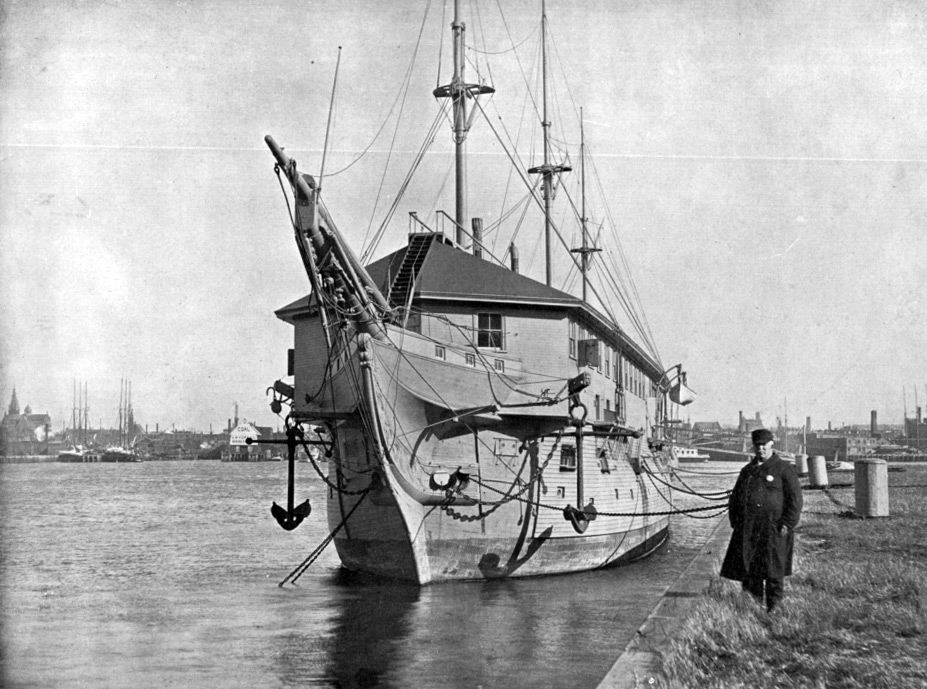 USS Constitution in 1898. For a few years, the warship was used for barracks, a building to house sailors or soldiers, and she looked more like a barn than a naval frigate.

USS Constitution was one of the first big warships that the United States built after the American Revolution. She patrolled the coast of northern Africa during the Barbary Wars, but it was during the War of 1812 with Great Britain that she became really famous. She sank or captured four big British warships, including the 38-gun British frigate HMS Guerriere. It was during this battle on 19 August 1812 that she was nicknamed “Old Ironsides,” when her crew watched as the enemy’s cannonballs bounced off her wooden hull as if it was made of iron.

After the War of 1812 was over, Constitution was sent on other assignments until 1830, when the navy decided that the ship was in bad shape and either needed a lot of repairs or to be scrapped. A lot of the people that heard about this decision were greatly saddened at the thought of losing such an important and heroic ship. A poet named Oliver Wendell Holmes wrote his feelings about the ship in a poem and called it “Old Ironsides.” This poem was published in newspapers across the country and alerted more and more people about what was happening to their beloved ship. People began to demand that the ship be saved and the Navy Department agreed with them.

This was not the only time “Old Ironsides” was threatened by rot and decay. In 1924, she had once again deteriorated to the point that she needed to be hauled out of the water and have a lot of her wooden hull repaired and replaced. This time, it was schoolchildren across the country who came to the ship’s rescue. They began a “pennies campaign.” Of the $250,000 donated by private citizens across the United States, $148,000 of it came from the kids who had saved their pennies and sent it to the ship.

Today, USS Constitution is still a commissioned US Navy ship and is berthed in Boston. She doesn’t fight in battles anymore, but she is used as a museum ship, for navy officer training, and for special events. You can visit the ship and get a tour from a navy sailor to learn more about her. She is in much better shape than she was when Oliver Wendell Holmes wrote his poem, “Old Ironsides,” but she still needs everyday maintenance to keep her in good condition. This fall, the navy will start another restoration effort to replace her top deck and shorten the sides, or bulwarks, leading up from the deck. She’ll stay open to the public during this time and will remain in the water at her pier at the Charlestown Navy Yard.

Check out www.ussconstitution.navy.mil for information about the ship and for details to plan your visit. 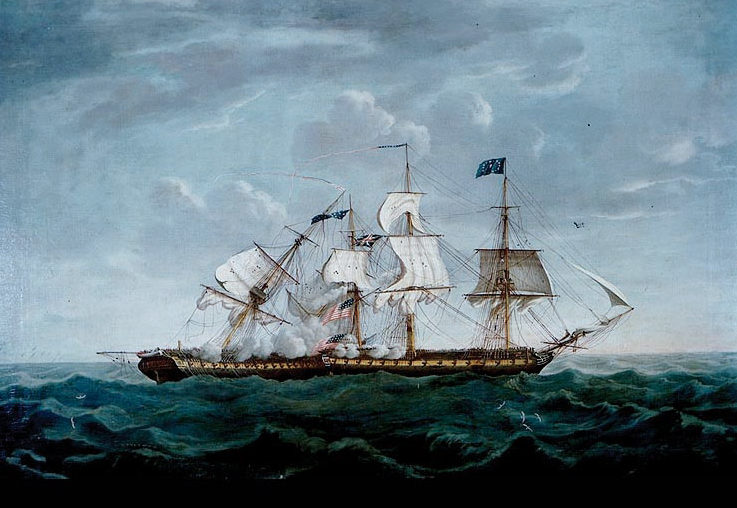 Ay, tear her tattered ensign down!
Long has it waved on high,
And many an eye has danced to see
That banner in the sky;
Beneath it rung the battle shout,
And burst the cannon’s roar;
The meteor of the ocean air
Shall sweep the clouds no more!

Her deck, once red with heroes’ blood,
Where knelt the vanquished foe,
When winds were hurrying o’er the flood
And waves were white below,
No more shall feel the victor’s tread,
Or know the conquered knee;
The harpies of the shore shall pluck
The eagle of the sea!

Oh, better that her shattered hulk
Should sink beneath the wave;
Her thunders shook the mighty deep,
And there should be her grave;
Nail to the mast her holy flag,
Set every threadbare sail,
And give her to the God of storms,
The lightning and the gale!