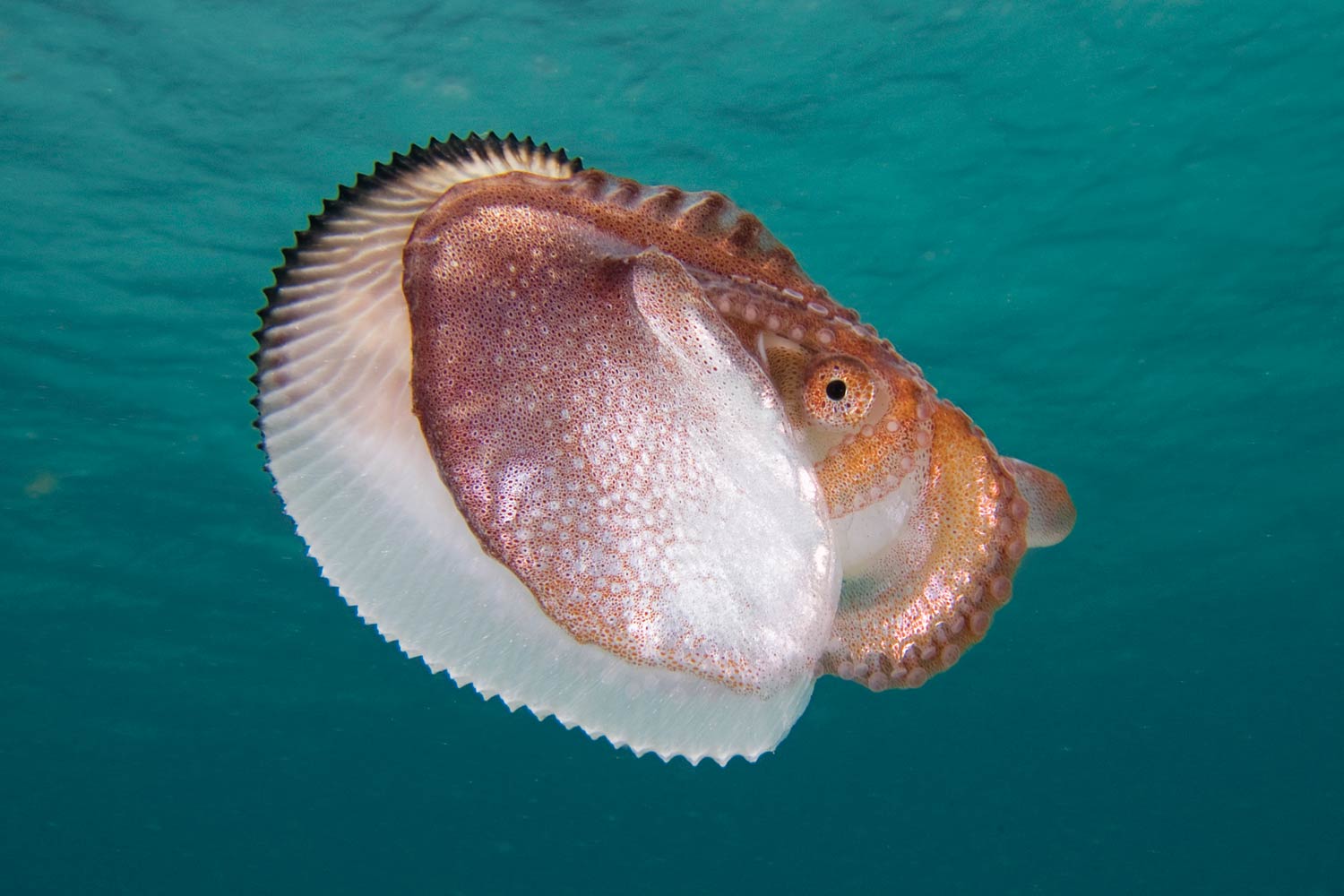 Scientific Name:
Argonauta
Of its names, "argonaut" means "sailor of the Argo." "Paper nautilus" is derived from the Greek language, which literally means "sailor", as paper nautiluses were thought to use two of their arms as sails.

In 1807, William Wood, a naturalist from England and an expert on shellfish, published Zoography, or, The Beauties of Nature Displayed. Exquisitely illustrated, the 3-volume treasure was meant to include the most fascinating animals on Earth. 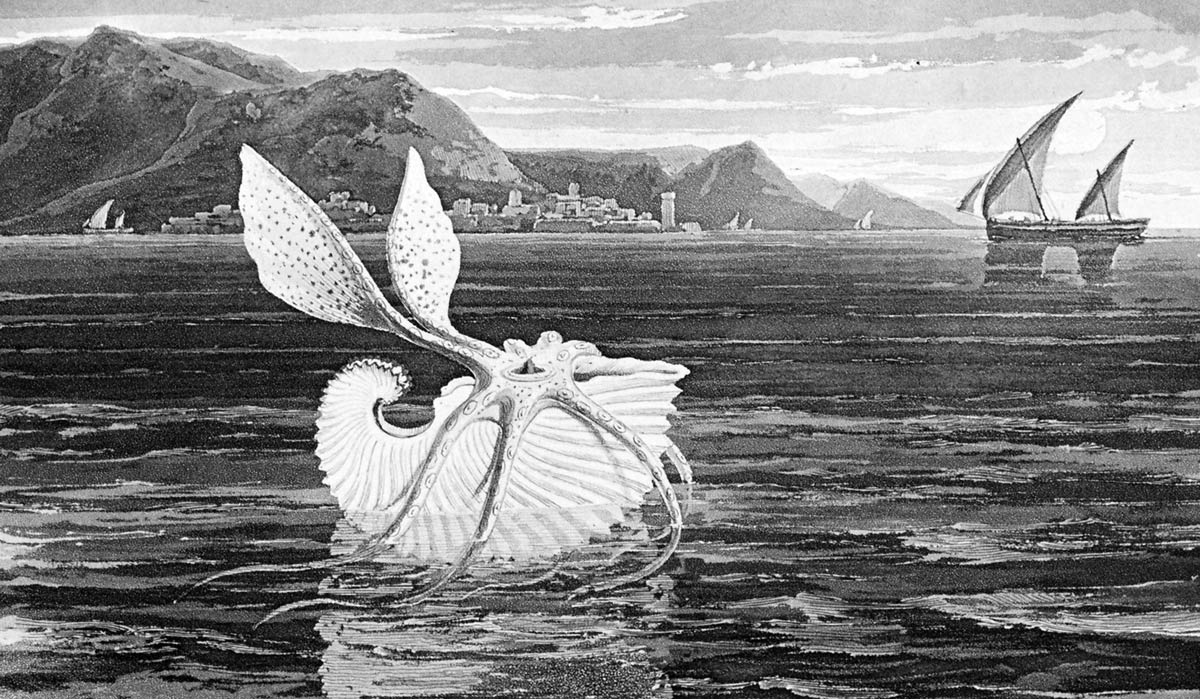 Wood wrote an especially glowing account of the paper nautilus, also known as the argonaut or paper sailor, which he described as if it were a wondrous boat. The animal inside was to be “celebrated for his skill in navigation.” Wood wrote that some believed that the earliest peoples had learned the very idea of sailing from these animals, and that the eight-armed “sailor within” sits in a papery white shell “marked with elegant ribs that run towards the keel.” 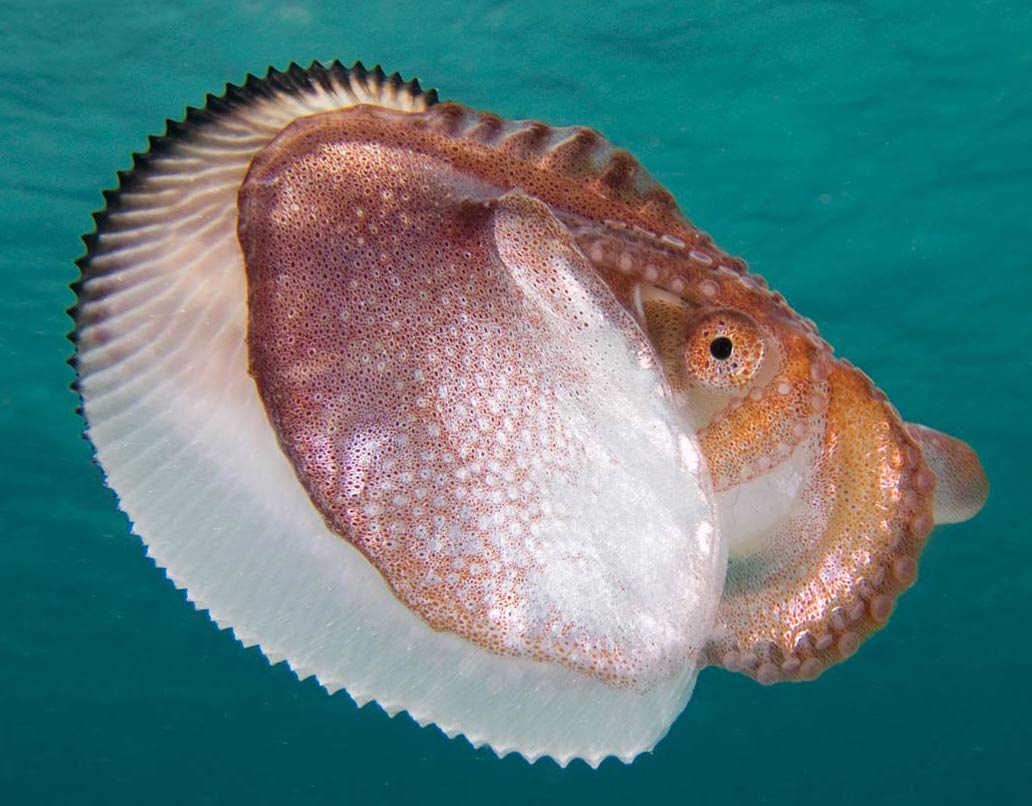 Paper nautilus (Argonauta argo) off the coast of Japan. Note how the webbed end of one arm is spread across the outside of the shell. Photo courtesy of Abe Hideki/Minden pictures.

The animal spreads out a membrane at the end of two specialized arms to form, he said, small sails, gliding his shell across the water. At other times, presumably in calms, the paper nautilus spread out his arms to row. This was a belief that had gone back to at least Aristotle, leading Linnaeus in the early 1700s to name the creature after the Greek myth of the hero-sailors, the Argonauts, who had voyaged aboard Jason’s ship, the Argo. Wood continued on to explain that, whenever approached by a human sailor, the animals would quickly dive, making them difficult to capture and nearly impossible to observe at sea.

Two decades later, the naturalist Jeannette Villepreux-Power took up the mysteries of Wood’s paper nautilus. Born in France, she gained renown as an embroiderer in Paris. When she moved to Sicily, an island in the Mediterranean Sea, she could then pursue her long-held interest in marine biology. 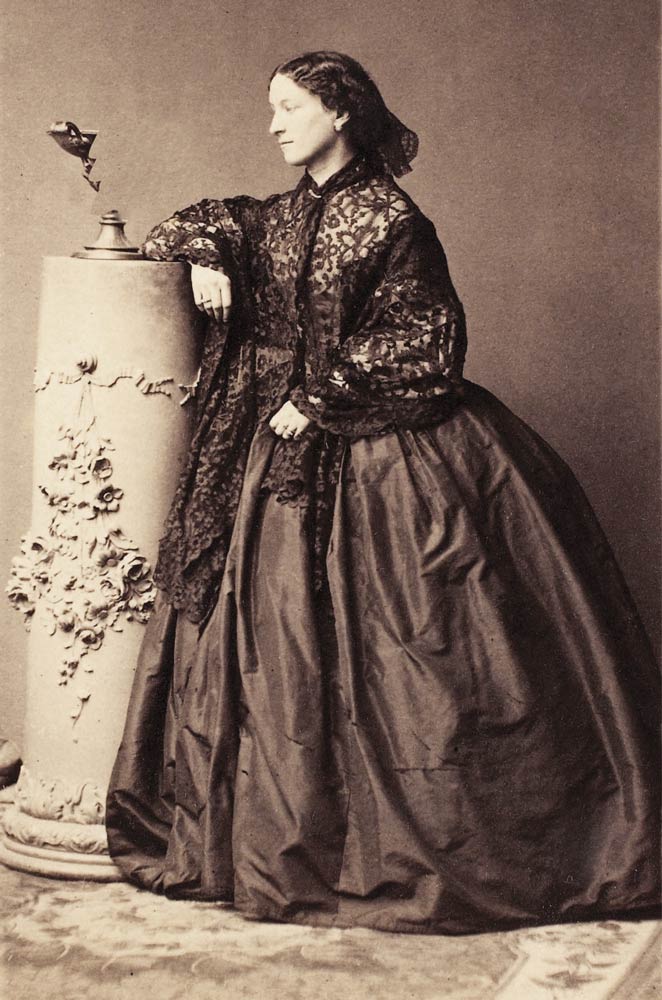 In Sicily, Villepreux-Power saw paper nautiluses in the bay and received specimens from fishermen. She began to wonder how she could better observe these animals. She knew that the paper nautilus, unlike its close relative, the thick-shelled, multi-tentacled chambered nautilus, is actually a type of octopus living inside a thin shell. Villepreux-Power decided to solve a heated debate about whether paper nautiluses made their own shells, like a clam; found them, like hermit crabs; or even killed the original maker of the shells, like parasites. Villepreux-Power also did not know if they actually sailed or rowed across the water’s surface—or even how they reproduced.

To study the paper nautiluses alive in the harbor, Villepreux-Power designed wooden cages that could be anchored underwater. Inside her small lab ashore, she designed hoses to pump seawater into wood and glass enclosures. Many credit Villepreux-Power with the invention of the modern aquarium. Her foundational experiments proved that paper nautiluses do indeed make their own shells from a young age, and that the animals in the shells are all female, using the shell as an egg case. The female is not physically attached to the shell, like a mussel, but she can only survive outside of it for a short time. Male paper nautiluses are relatively small and look entirely different. Biologists have since learned that the tiny male leaves one of its tentacles laden with sperm, usually around the female’s gills, to fertilize the eggs that she hatches inside her shell.

Regarding the question of sailing across the water with their webbed arms, Villepreux-Power did not reject the idea entirely. She thought the two more robust arms could work as “masts,” but she observed instead that these membranes serve primarily to build and repair the shell, as well as to cover it, almost like a wetsuit, while the animal is swimming.

Biologists now understand that paper nautiluses (Argonauta spp.), of which there are four species, are the only octopuses that use shells and are among the few kinds that live in the open ocean rather than along the sea floor. We know today that paper nautiluses do not use their membranes for propulsion using the wind, but rather they tend to swim just beneath the surface. They swim quickly and purposefully by expelling water out of a funnel, in the same way as do other octopuses and squids.

In 2010, Australian Julian Finn learned still more by following in the footsteps of Villepreux-Power. Finn, a staff biologist and curator at Museums Victoria, captured a few specimens off the coast of Japan, then brought them back to the lab and observed them in a huge tank. He later released them into the harbor, where he could scuba dive beside them and watch them in their natural environment. Finn discovered that the paper nautiluses have evolved a way to use their shells to trap air bubbles from the surface while swimming, which they then use to regulate their buoyancy as they dive—similar to how scuba divers adjust the air in their vests.

William Wood would be in awe. Jeannette Villepreux-Power would be, too—and proud. 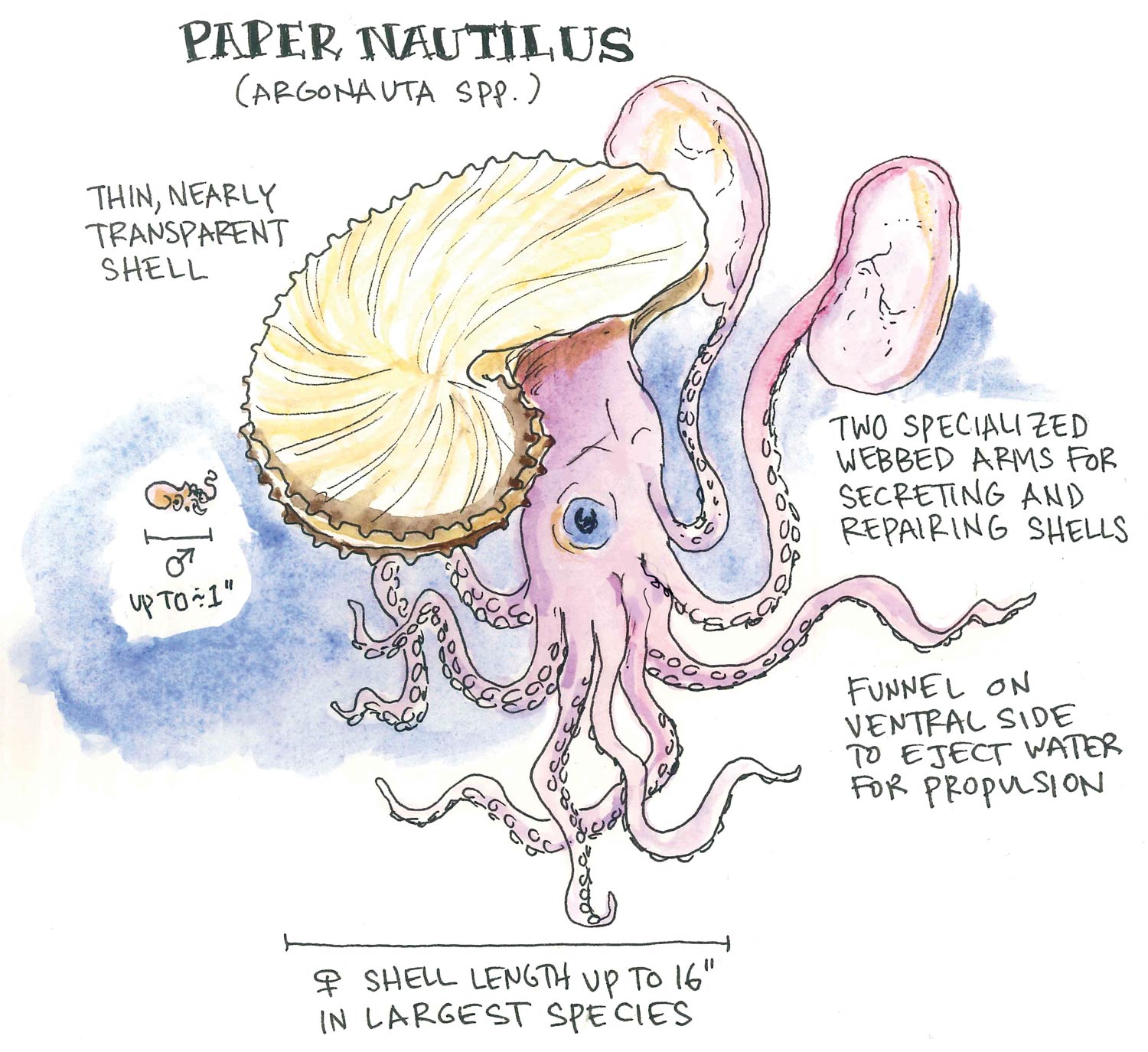