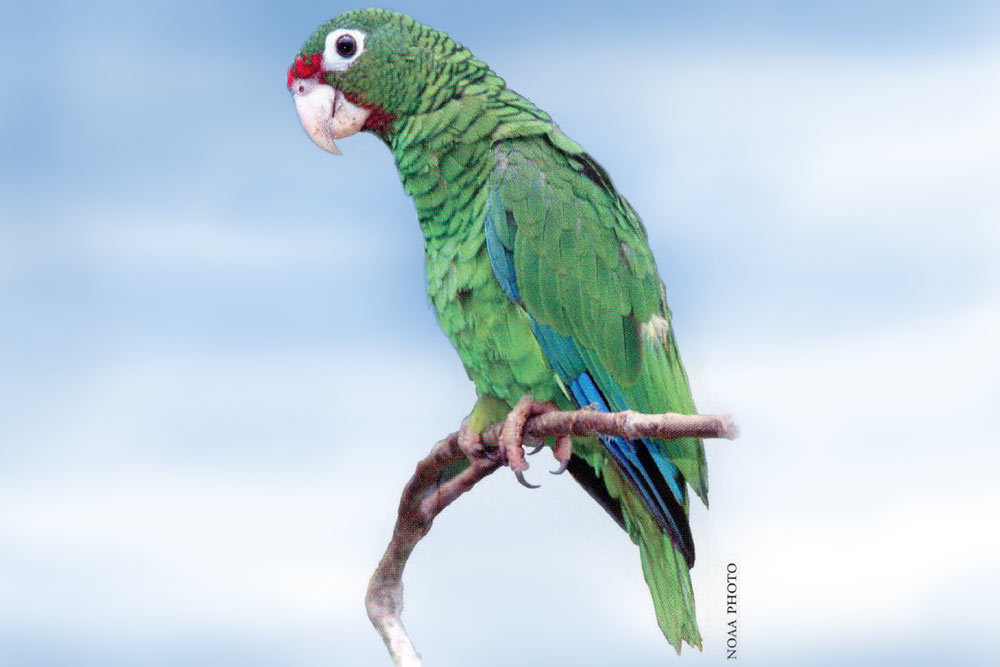 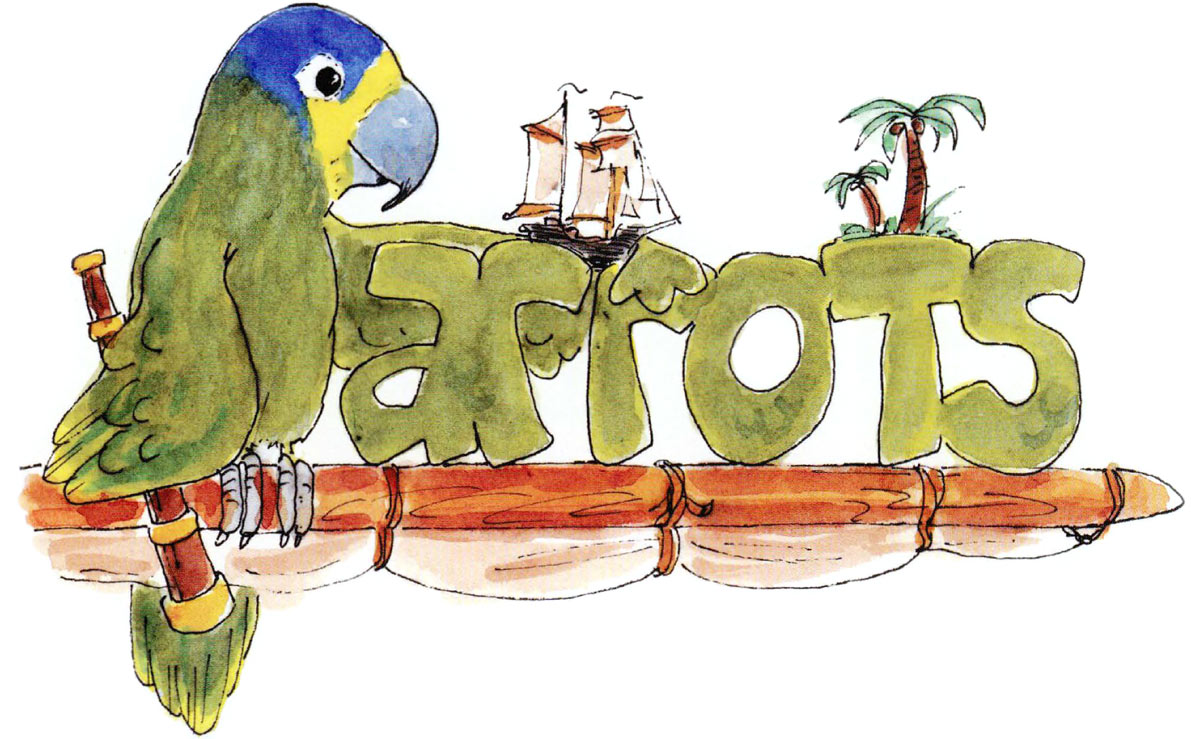 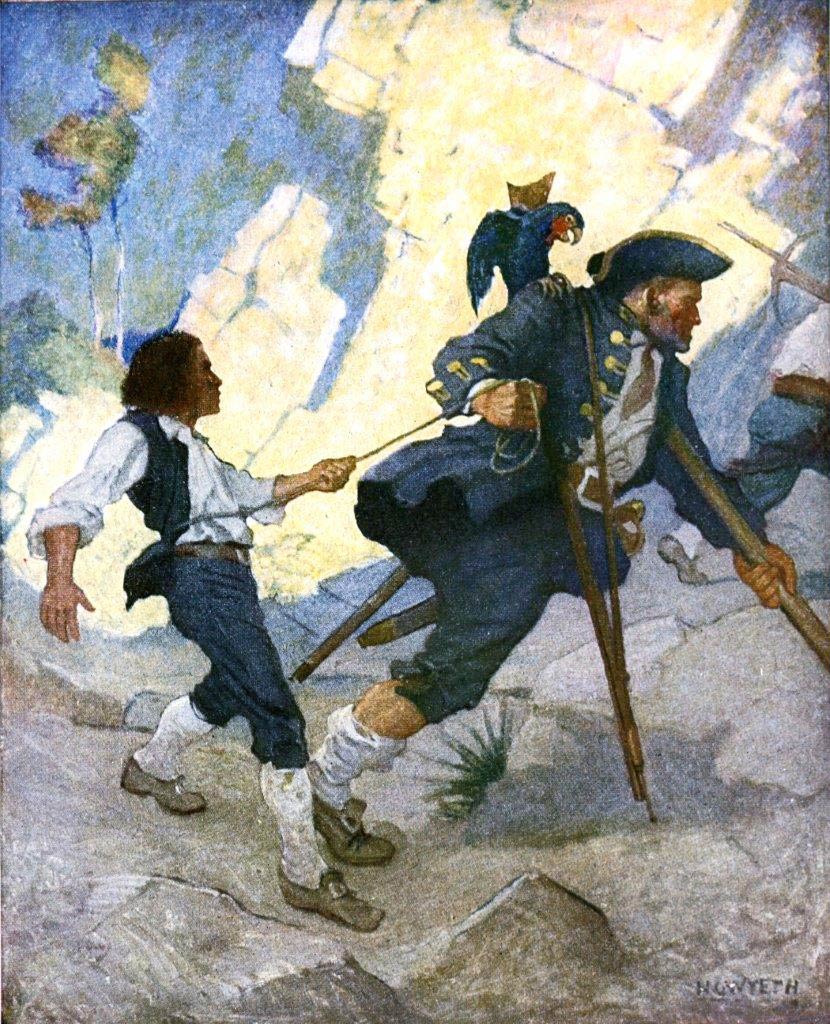 “The Hostage” by N.C. Wyeth for Treasure Island

Now, chat bird … is, maybe, two hundred years old, Hawkins-they live forever mostly; and if anybody’s seen more wickedness, it must be the devil himself

She’s sailed with England, the great Cap’n England, the pirate. She’s been at Madagascar, and at Malabar, and Surinam, and Providence, and Porcobello. She was at the fishing up of the wrecked plate ships. It’s there she learned “Pieces of eight,” and little wonder; three hundred and fifty thousand of’ em, Hawkins!

She was at the boarding of the Viceroy of the Indies out of Goa, she was; and to look at her you would chink she was a babby.

Did sailors really keep parrots on ships at sea?

Large brightly-colored birds live mostly in tropical climates, so when the early European explorers began sailing to warm distant shores, they collected parrots as exotic souvenirs and specimens for collectors and scientists back home. In 1676 explorer and pirate William Dampier observed red and yellow “came Parrots” along the Caribbean coast of Mexico:

“They would prate very prettily and there was scarce a Man but what sent aboard one or two of chem.” One strategy sailors used for collecting parrots involved seizing one and pinching the animal until it cried out. Since parrots are socially protective birds, ochers would soon fly in to help and gee cricked into being caught themselves. Once the sailors had the parrots back aboard ship, they built cages to keep the birds safe for the passage home. The animals didn’t always survive their journeys at sea, however. In 1826 on the Atlantic Ocean, the log-keeper of the brig Cicero reported dryly: ”Ac 9AM cook F[ore] T[opgallant] Sail. Lost a parrot overboard belonging to Mr Delgado.” 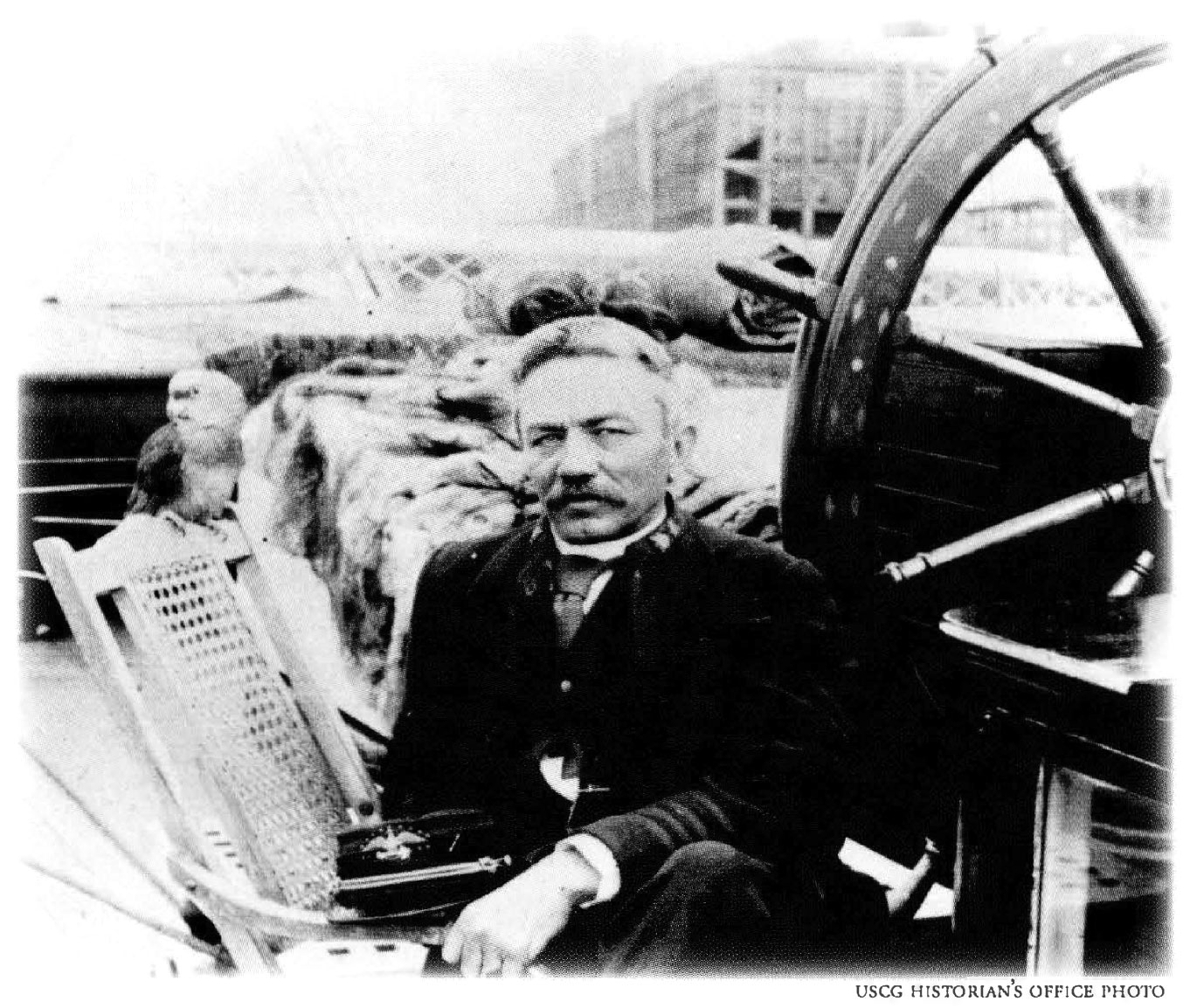 When Captain Michael
Healy of the US Revenue Cutter Service was asked to pose for a photograph in 1895, he made sure to include his pet parrot. At the time this photo was taken, his ship was serving in Alaskan waters, far from the natural tropical habitat of any parrot.

Sailors collected parrots and tropical birds for centuries. Historians believe Columbus brought back two Cuban Amazon parrots as gifts for Queen Isabella. Even George Washington had a pet parrot, surely delivered by ship. In 1859 a sailor aboard USS Marion wrote that the ship’s company had gathered some fifty pet parrots from the coast of Africa, some in cages made from netting or even old tea kettles punched with holes.

He wrote: “James Cummings, does not growl quite all the time, now, as he did before he bought a parrot in Gaboon. His whole attention & time is taken up with his noisy bird, which he appears to love as a parent would his child.” When sailors returned to Europe, to major cities such as Paris and London, merchants ran stalls that specialized in selling tropical birds. Men often sold the parrots through newspaper advertisements or at taverns. 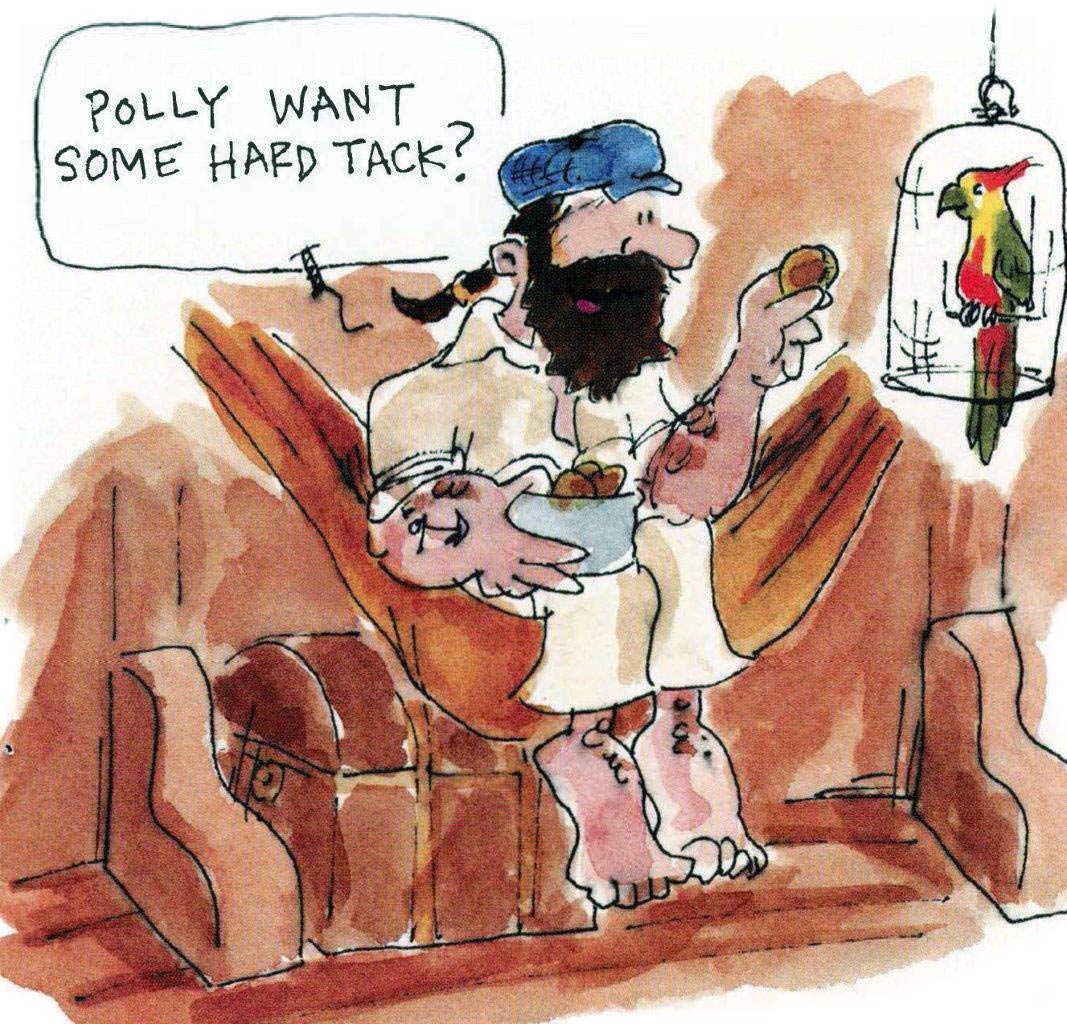 The word “parrot” can be a general term. Biologists still debate the groupings of these birds, which represent hundreds of species. As a popular name, especially in sailors’ accounts, “parrots” can include macaws, cockatoos, parakeets, lovebirds, and a variety of other large, strong-beaked birds, most of whom eat seeds, fruits, and nuts as the majority of their diet.

Parrot species are often mostly green, like Cap’ n Flint, in part to help with camouflage, and usually there is no difference in the bright feathers between male and female. Flint’s age is unlikely, but parrots can live over a century in captivity. In Treasure Island, Cap’n Flint’s abiliry to talk, to mimic human speech, makes her as useful as a watchdog for Long John Silver-just as the parrot’s intelligence and chatry nature were surely part of its appeal for actual sailors aboard ships.