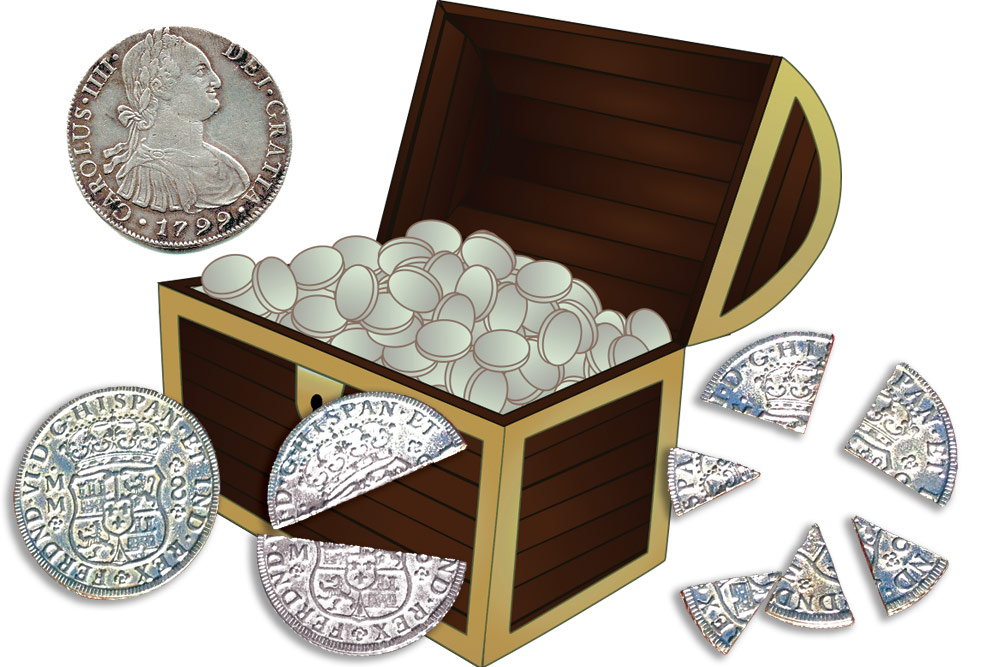 Colonists in British North America were not allowed to mint money of their own, even though they often ran out of English coins to use in day-to-day business. Instead, they resorted to using whatever coinage they could get their hands on. The most common coin used during this time was the silver Spanish dollar, which was worth 8 “reales,” a unit of currency in Spain. 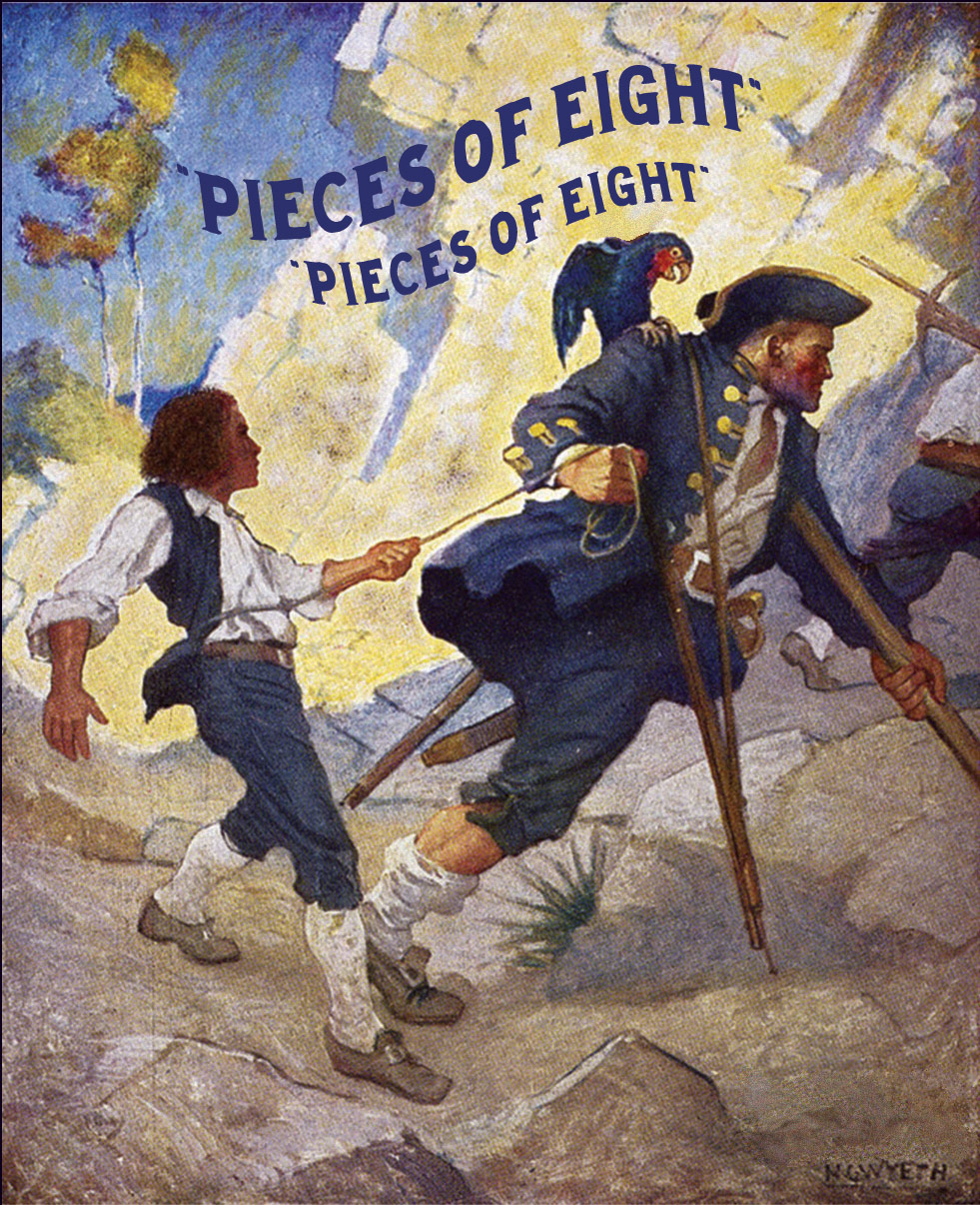 Back then, coins were valued by their actual weight in silver or gold, not just on what they looked like. Spanish coins were preferred over other currency because they had a milled, or patterned, edge, which prevented dishonest traders from shaving slivers off the coins without being detected. Cutting money was not illegal, like it is now.

In fact, it was expected that, to make change, they literally cut the coins into 8 pieces or “bits.” Hence, the British called the Spanish dollar a “Piece of Eight,” and when they said something cost “two bits,” they meant it cost a quarter of a dollar.

The Piece of Eight was made famous in pirate folklore when Robert Louis Stevenson published his famous novel, Treasure Island, featuring the villainous pirate Long John Silver and his sidekick parrot, which he named Captain Flint after his former pirate captain. The cabin boy Jim, who narrates the tale, reflects many years later on his adventure.

The bar silver and the arms still lie, for all that I know, where Flint buried them; and certainly they shall lie there for me. Oxen and wain-ropes would not bring me back again to that accursed island; and the worst dreams that ever I have are when I hear the surf booming about its coasts or start upright in bed with the sharp voice of Captain Flint still ringing in my ears: “Pieces of Eight! Pieces of Eight!”

In their quest for treasure, pirates—not just the fictional Long John Silver—were after silver and gold coins, most of which were silver Pieces of Eight and the 32-real gold doubloon.

Americans only stopped using foreign money in 1857, when the United States government passed a law forbidding it.