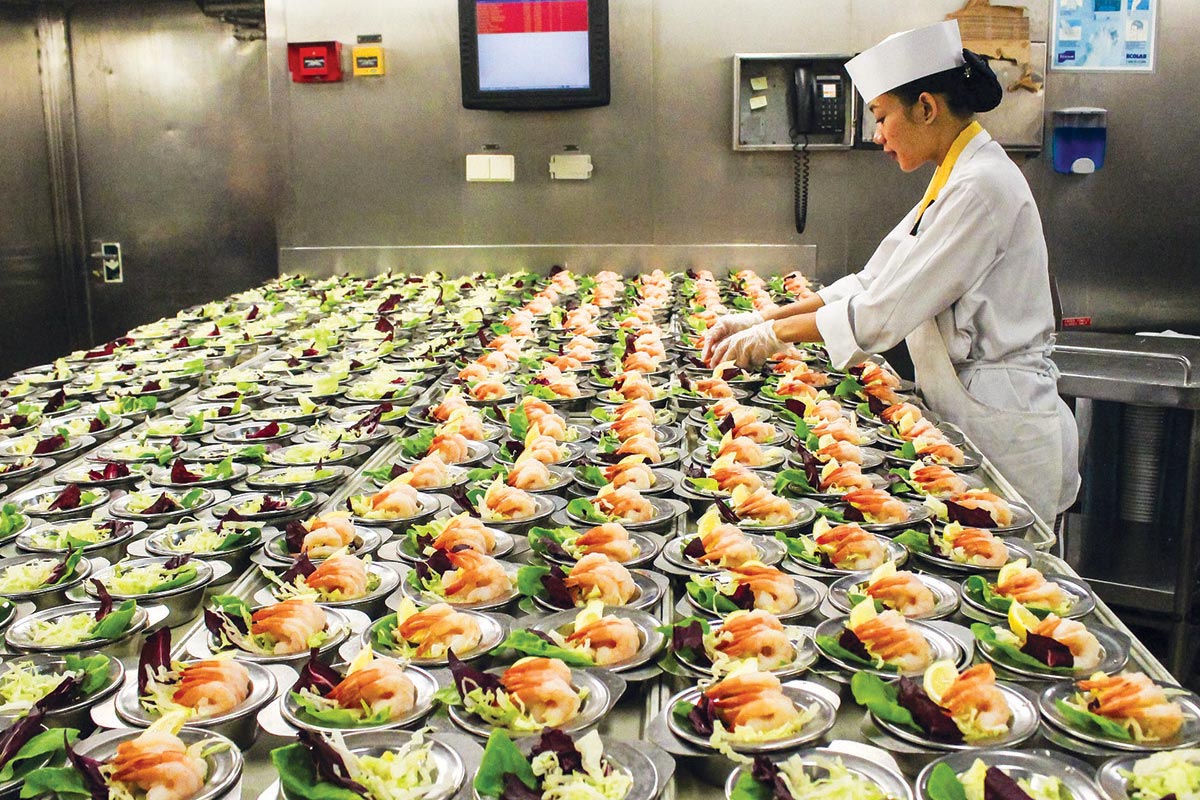 Feeding the Ship’s Crew: Provisioning for an Ocean Voyage 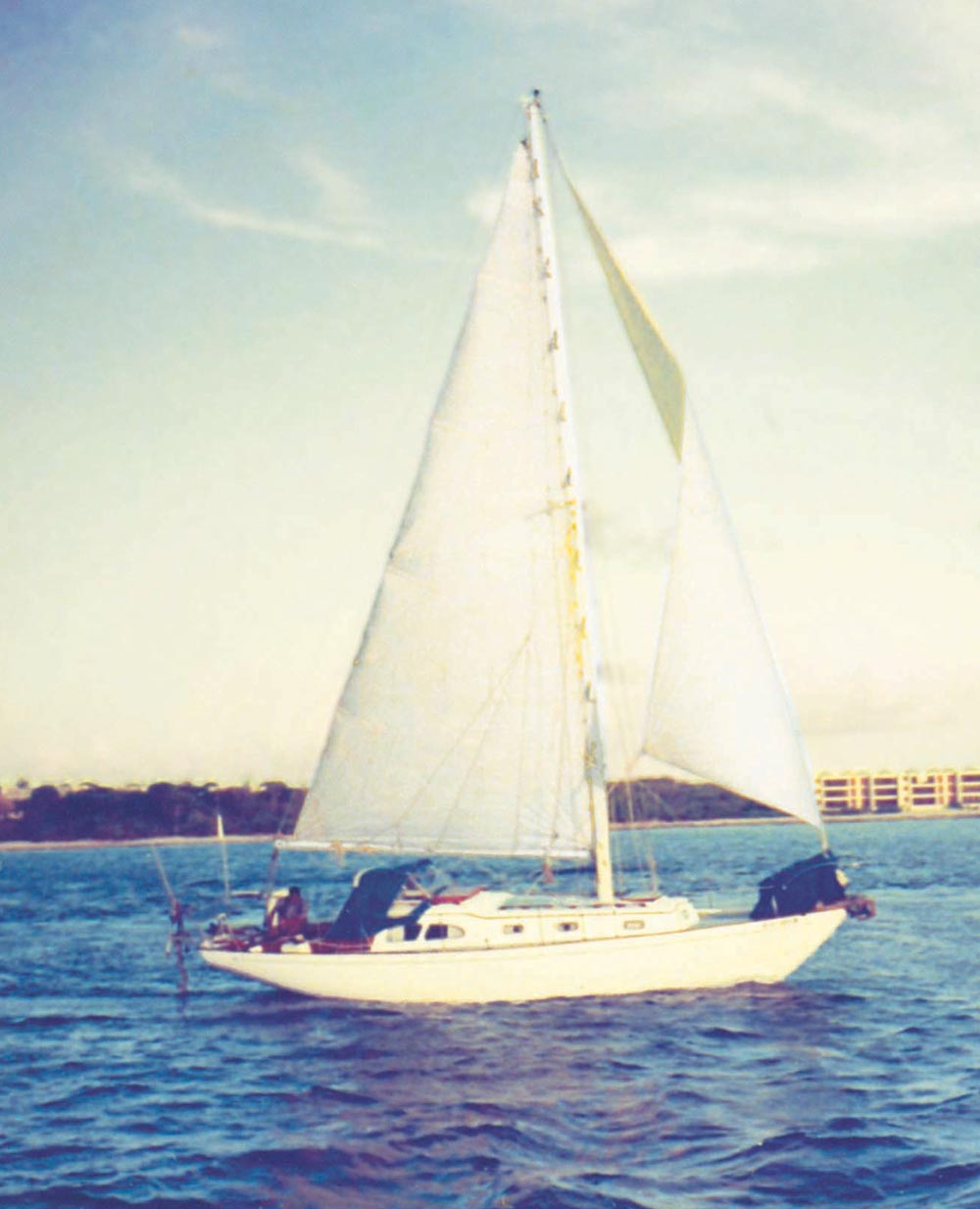 Teddy Seymour aboard his boat Love Song off St. Croix; the self-steering gear, safe and sound, can be seen suspended off the stern. Photo courtesy of Univ. of Florida, Special Collections.

When Teddy Seymour was preparing for his sailing voyage around the world, he had to strategize to bring enough food for the long stretches across the world’s oceans. His 35-foot sailboat did have a 12-volt refrigerator, which he filled with fresh meat and vegetables, but they wouldn’t last long. He planned his meals around non-perishable foods that could last a long time without refrigeration, just as sailors have done for centuries.

When he set off on the first leg of his voyage around the world, he left with food lockers filled with peanut butter, potatoes, rice, beans, oatmeal, onions, flour and lentils. Along the way he would fish; he caught about one fish per week underway.

Teddy Seymour’s boat was pretty small to fit all the supplies he would need, but he was the only person on board, so it was manageable. Sailing ships before the 20th century had no refrigeration at all—even canned food wasn’t invented until 1810. Those in charge of provisioning ships selected food that could last a long time: flour, salted meats, raisins, dried beans, rice, hard cheeses, and molasses, for example. To be able to serve fresh meat out at sea, oceangoing ships often brought livestock— pigs, chickens, goats, cows, and sheep—that they could butcher along the way. This dependence on non-perishable foods frequently caused more just than mealtime boredom. 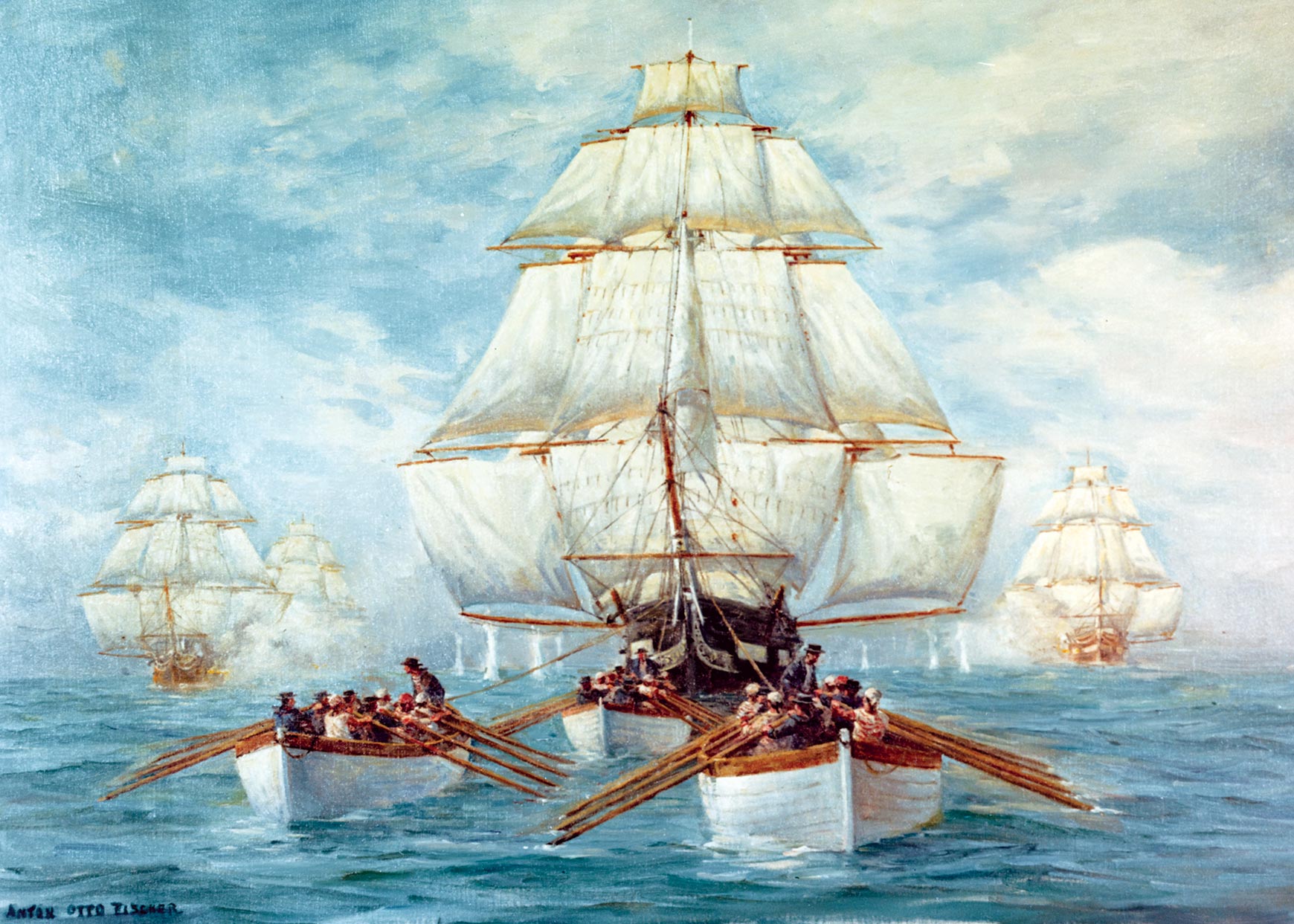 USS Constitution’s crew of 450–500 men looked forward to a hearty meal when they got off watch. Courtesy of US Navy Art Collection.

During the Age of Sail, it is estimated that more mariners died from scurvy, a disease caused by a diet lacking in Vitamin C, than from storms, shipwrecks, battles, and all other diseases combined.

The logistics of feeding the hundreds of sailors and officers who made up the crew of large navy ships in the Age of Sail was challenging to say the least. Records from USS Constitution from the War of 1812 reveal just how much food was required to feed her large crew. The frigate left port on 30 December 1813 with 485 men onboard for a cruise expected to last six months. With them, they brought:

Today, commercial and navy ships have plenty of refrigeration and can make all the fresh water they need by using reverse osmosis desalination systems. Still, for ships carrying thousands of people, the shopping list for even just a short time at sea is daunting. For a one-week trip aboard the Royal Caribbean cruise ship Symphony of the Seas, for example, the food inventory manager orders more than 600,000 pounds of food and beverages to feed the nearly 9,000 passengers and crew.

Here’s just a partial list of the food onboard for the week:

Next time you have to pack food for a day trip and have trouble fitting everything in your cooler, consider the task of provisioning for ocean voyages both in the Age of Sail and today.