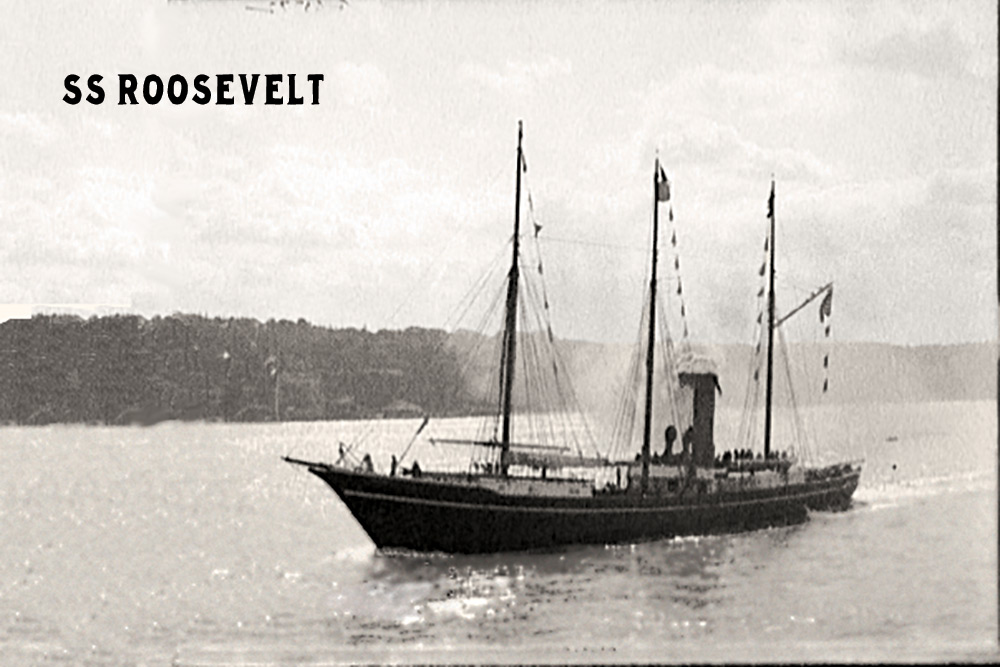 Sailing to the North Pole

About a 100 years ago, Arctic explorer Robert Peary and his team became the first people ever to reach the North Pole. His companions were Matthew Henson and four Inuits named Ootah, Ooqueah, Seeglo, and Egingwah. It was a very difficult journey. There is no land at the North Pole, just ice with the Arctic Ocean underneath it. 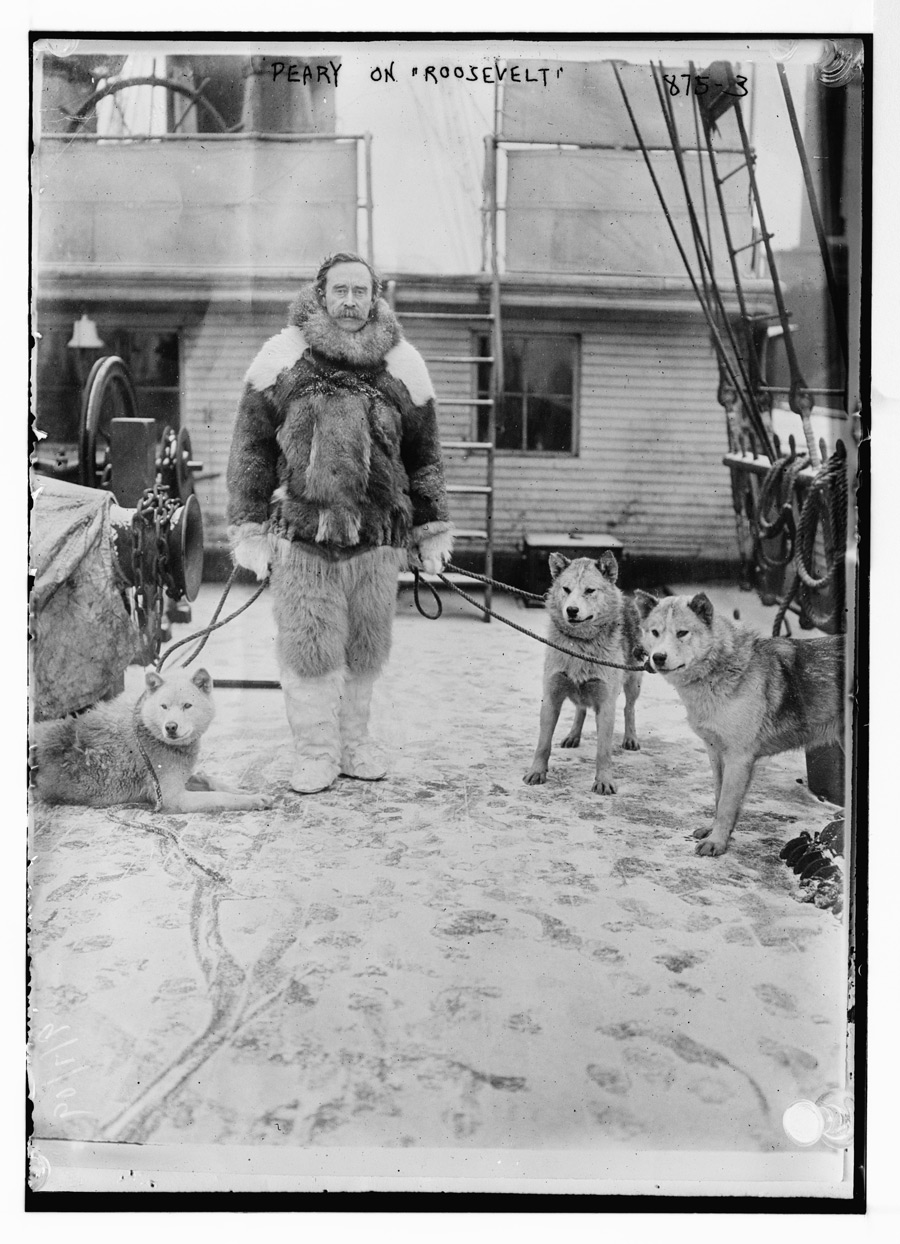 Robert Peary onboard SS Roosevelt with his sled dogs.

Peary had tried to get to the North Pole before, but had always failed. This time he came with a new ship built specifically for Arctic exploration. USS Roosevelt wasn’t very big—even by the standards of the time—but she was tough. They could have made her out of metal, but Peary decided to use wood instead. Why? Because wood is more flexible than metal, and they wanted her to bend, not break or get stuck, when she smashed into the ice.

They gave her an egg-shaped hull, so she would rise up over the ice rather than get trapped. No matter how tough you are, the pressure of an ocean full of ice can crush any ship. USS Roosevelt had sails on three masts, but she was more than just any sailing vessel. Inside, there was a high-powered steam engine designed to push her through the ice. The sails helped the explorers save fuel on the trip to the Arctic Ocean—because they would need every bit of fuel they had to push though all of that ice.

USS Roosevelt couldn’t get all the way to the Pole. All Peary needed her to do was get them close enough for his dogsled teams to make it the rest of the way. Once they left the ship, it would be bitter cold. Every extra mile the ship could travel north made it more likely that they could reach their destination.

Peary was the expedition leader, but getting to the pole was a team effort. Each member of his team, including the ship’s captain, Robert Bartlett, played a crucial role. After he got the ship as close to the Pole as he could, Captain Bartlett led a dog sled team to leave supplies along their route so Peary and the others would have enough food to make it back from the Pole. (As most explorers know, it’s usually better to be the first person to make it back from someplace than to be the first person to get there.) 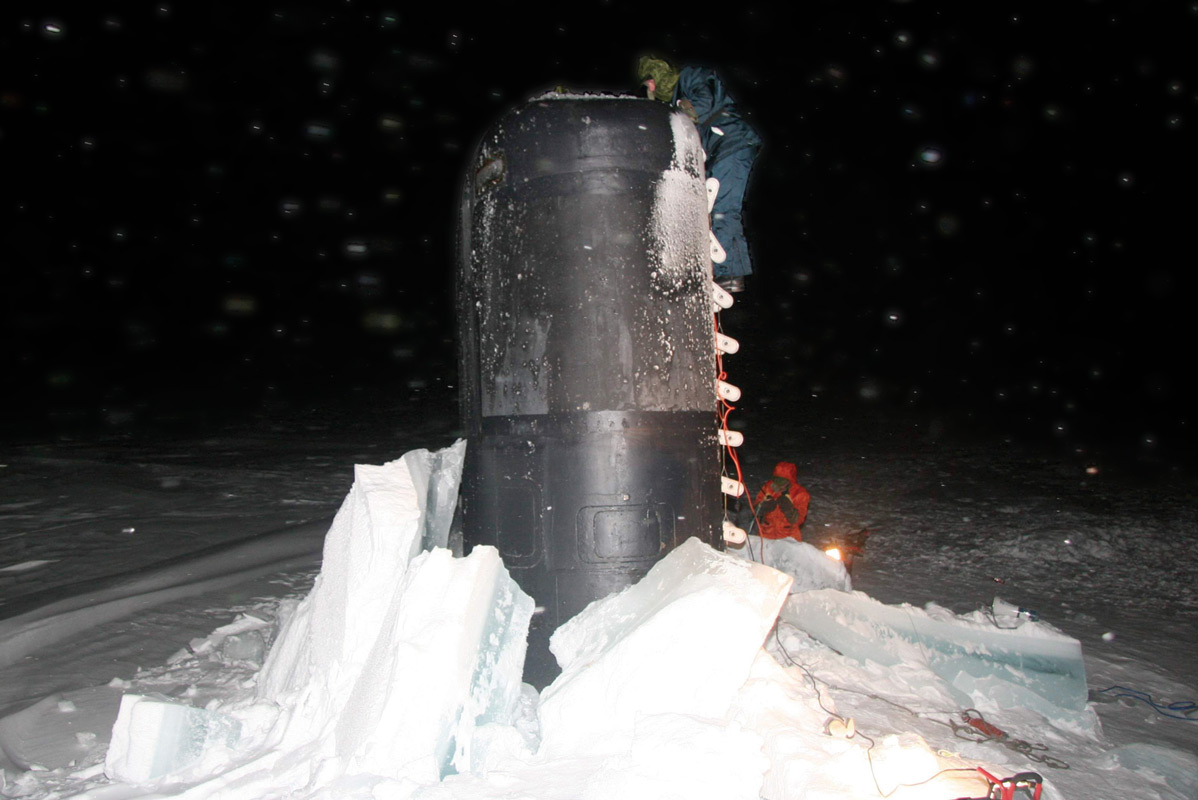 In 2005, sailors from the Navy submarine USS Charlotte made it to the North Pole from underneath the ice.

Peary and his team traveled more than 400-miles over the ice to make it from USS Roosevelt to the North Pole. When they came back to New York, someone else had claimed to have reached the Pole first, but scientists later confirmed that Peary’s team made it there—and made it there first.

After her historic journeys to the Arctic, USS Roosevelt had several owners. Six years after Peary’s first trip, she was sold to the US Bureau of Fisheries. In 1918, during the First World War, she joined the Navy. After World War I, she was sold again and converted to ocean tug service before being abandoned in 1942.

Since Peary and his team’s historic journey, many expeditions have gone to the North Pole—some have flown there in airplanes and a number of submarines have gone underneath the ice and then broken through it to mark their arrival. In 1977, the Soviet nuclear-powered icebreaker Arktika became the first surface ship to reach the Pole. What would Admiral Peary have thought of that?