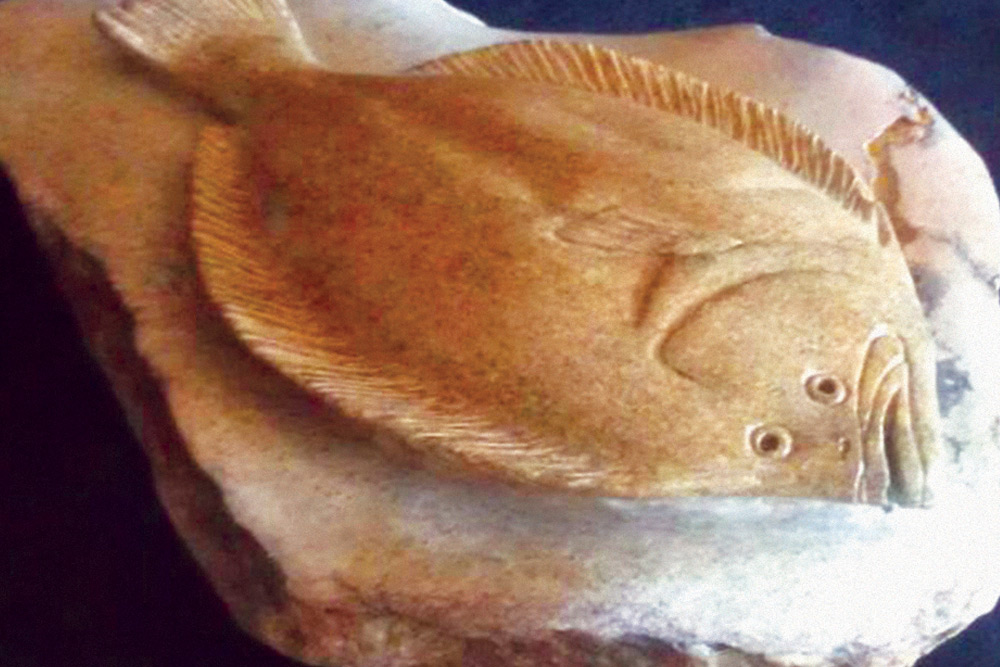 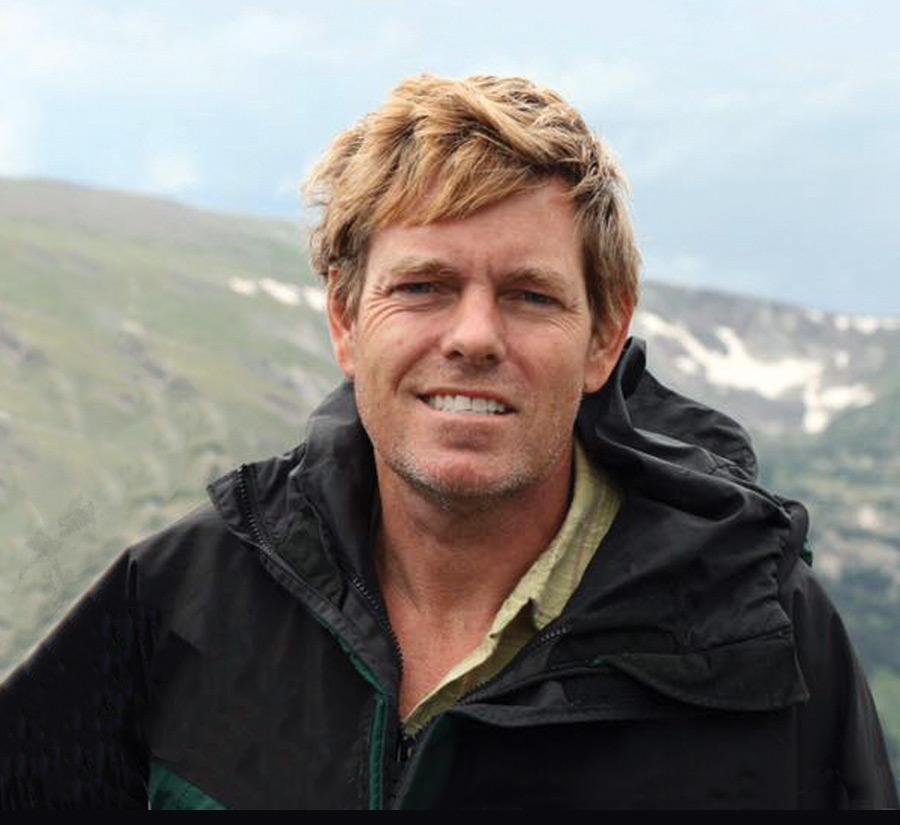 Scott Penegar is a marine artist in Charleston, South Carolina. While he works in all kinds of media, he is best known for his sculptures of marine life, both in stone and in bronze.

Scott has spent most of his life around the water. As a first grader, he told his teachers he wanted to be an ichthyologist, which he then had to define for them (an ichthyologist is a zoologist who specializes in the study of fish). As a kid, he was easy to shop for—he always wanted books about fish, and he never missed an episode of The Undersea World of Jacques Cousteau on television.

“My first sailboat was a styrofoam Sea Snark and I used it every chance I could get.” Later, Scott and two friends sailed in a bigger boat (34 feet) across the Atlantic…twice. Growing up, he was always in, near, or thinking about the water. Sailing and fishing were regular activities. For sports, he joined the swim team. He loved art in school and chose it as his major when he went to college. But he couldn’t give up his passion for the ocean and fish, so after he graduated, he got a job as a commercial fisherman in North Carolina. He later moved to South Carolina and went back to school—this time to study marine biology at the College of Charleston. 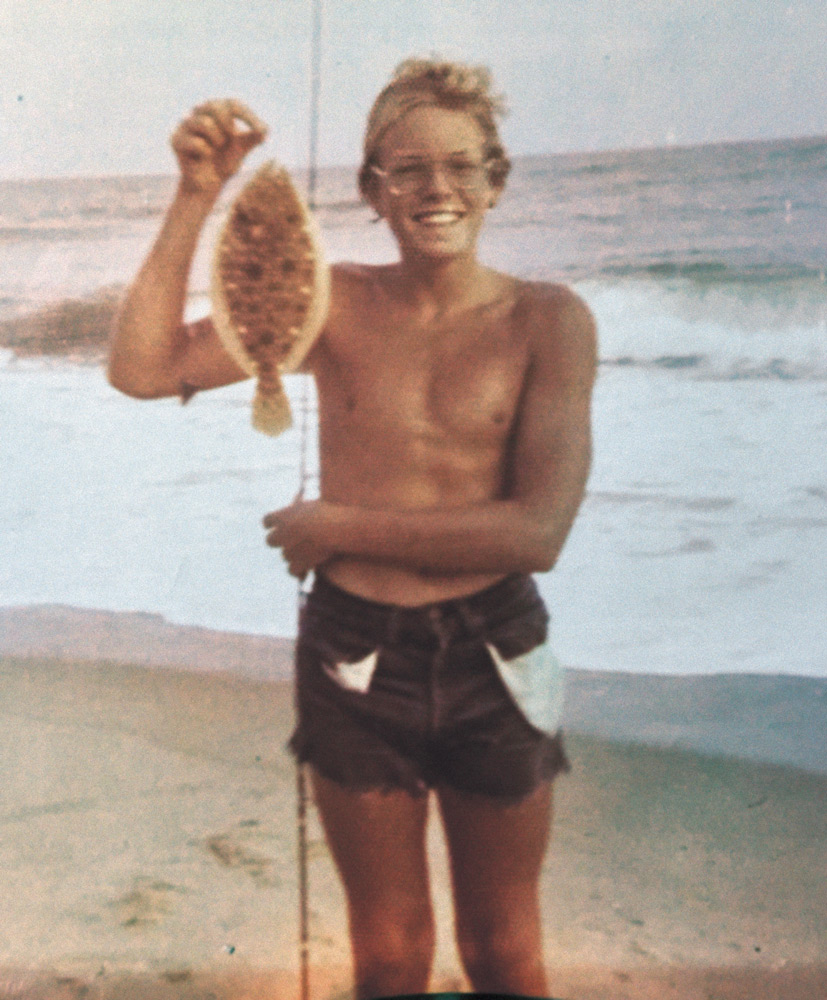 Finally, he realized he didn’t have to choose between these two career paths—he could combine them. He moved to Puerto Rico for a while and studied under a master artist before moving back to Charleston to launch his career as a full-time professional artist specializing in marine life subjects.

“I work out of my studio at my house and, because carving stone can be messy and noisy, I do most of that work in my backyard.” Scott’s most well-known works are in stone carving and cast bronze, but he also paints, and can be found participating in “plein air” events around the country.

“My subjects are almost always marine animals. I am fascinated by the diversity and beauty of animals that inhabit the ocean. While I aim to make my sculptured animals anatomically correct, as an artist I try to convey the emotion I feel for the subjects in each piece. I consider myself incredibly lucky to be able to take my passion for marine life and combine it with my love of sculpture—and make a living doing it.” 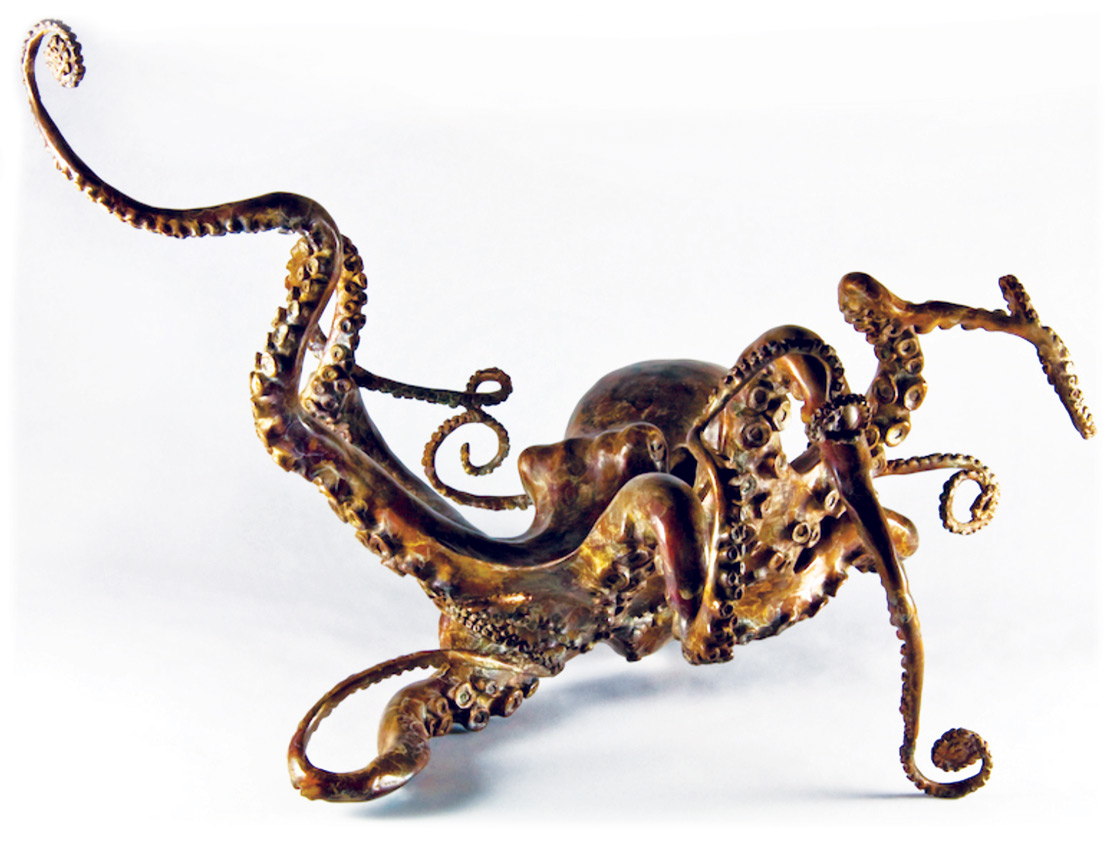 When Scott isn’t working in his studio or making dust and noise in his backyard, he can be found at the historic Charleston City Market, where he sells his art out of his booth in Building H to both collectors and tourists. You can’t make a living as an artist if no one buys your art, so Scott makes sure to market himself to potential buyers, through the market in Charleston, through galleries, online, and by participating in art exhibitions and events around the country.

You can see more of Scott’s art on his website at www.scottpenegarsculpture.com and at Hagan Fine Art Gallery on 177 King Street in Charleston (www.haganfineart.com). 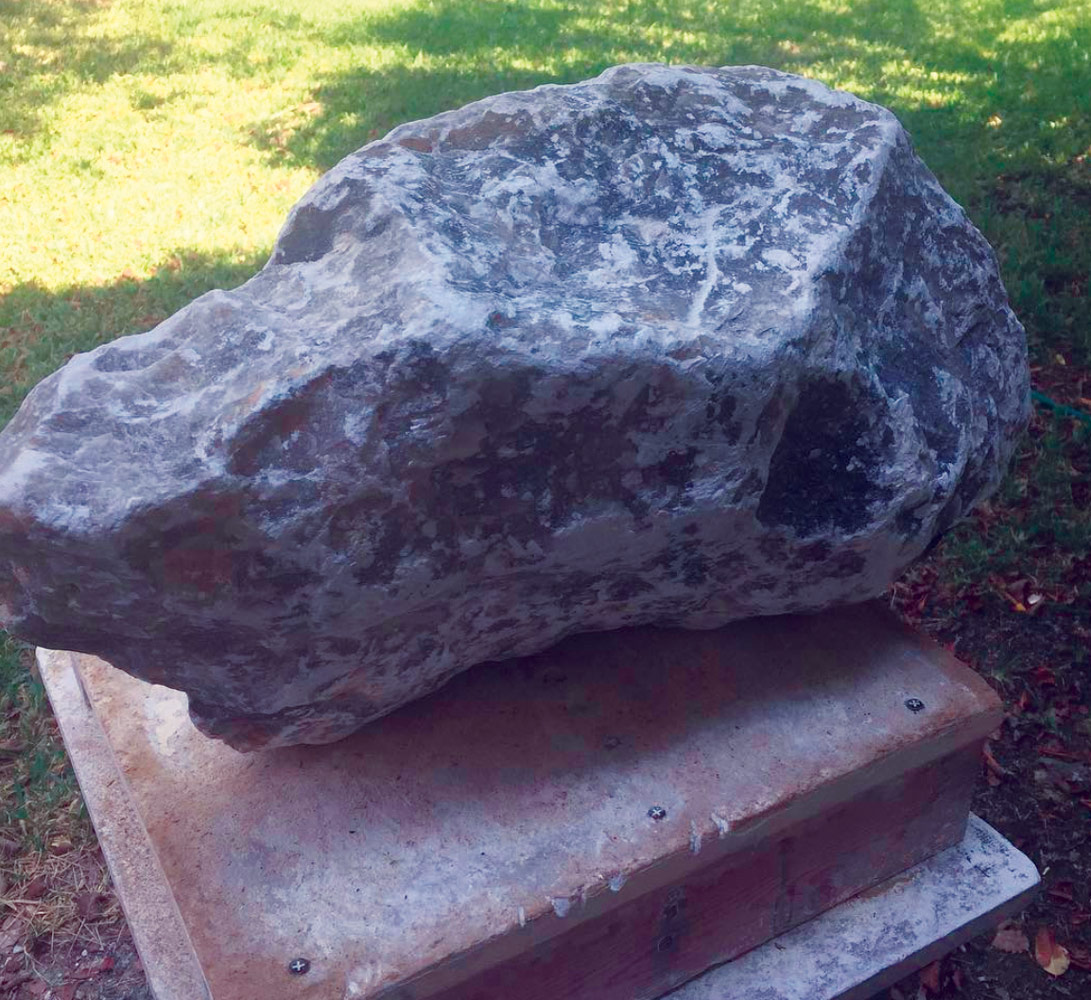 What do you see in this photo? Most people would say it’s just a rock. Sculptor Scott Penegar looks at this 155-pound chunk of alabaster rock and sees a shark, or an octopus, or….

I enjoy stone carving because it is such a pure form of art. I use a variety of different types of stone, but I generally prefer softer stones such as alabaster, soapstone, and onyx. Unlike someone who might work with stone for construction or other more practical uses, as an artist I essentially form a relationship with the stone, where I learn to understand its colors and shapes, strengths and vulnerabilities.

The stones I work with come from all over the world and weigh anywhere from 20 to 200 pounds. I usually have a stack of them in my studio. As I walk past them while working on other projects, sooner or later I have an “a-ha!” moment, when one of the rocks speaks to me in a way and I suddenly understand what it should be. Much of what I do after that comes instinctively, but sometimes I will make a rough model in clay and print out some pictures. Most of the time I just dig in and start carving.

That’s not to say that I don’t do research. As much as I know about fish and wildlife, I do a lot of research to make sure I get the details right. I want my marine life sculptures to be anatomically accurate. I have hundreds of books on marine animals, and then there’s always YouTube. I like my sculptured animals to have a sense of movement, and watching videos of the animal swimming, eating, and moving is extremely helpful. Finally, I keep a lot of preserved crabs, fish, octopuses, etc. in my freezer for reference.

The tools I use first are a hammer and a chisel. If I need to get rid of large pieces of stone quickly, I’ll use an angle grinder with a diamond cutting wheel. Next, I use a sanding wheel, a power tool that allows me to make more refined shapes and smooth them out. I like using Dremel tools (handheld rotary power tools with interchangeable bits) because they come in a lot of different sizes and varieties that help me finish the details.

Once I have all of the shapes and details set, I start sanding. I sand by hand at this stage, working from rough to fine sandpaper, usually starting with 80 grit and finishing with 2,000-grit sandpaper. It is only at this last stage that the true color of the stone starts to emerge. 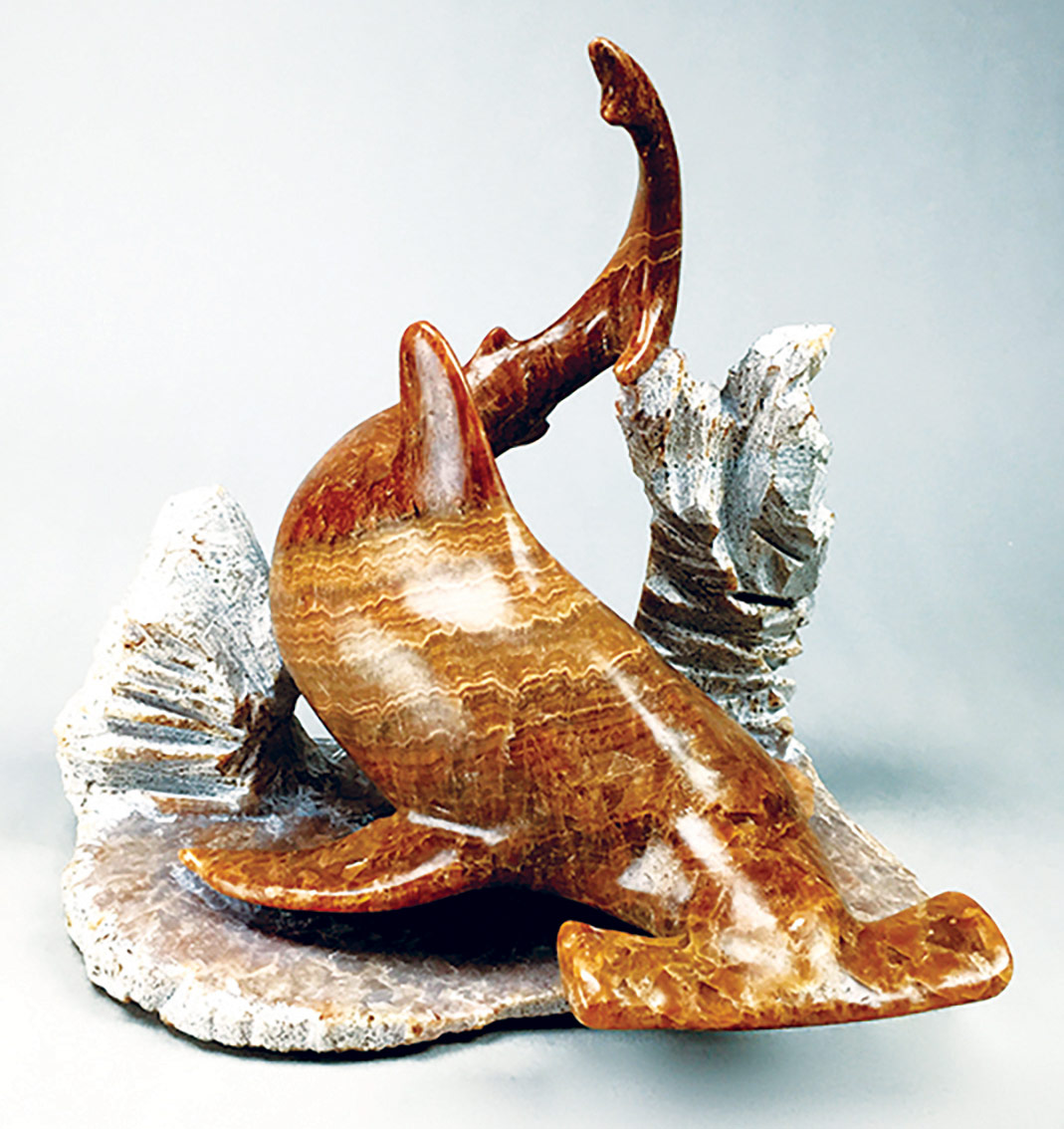