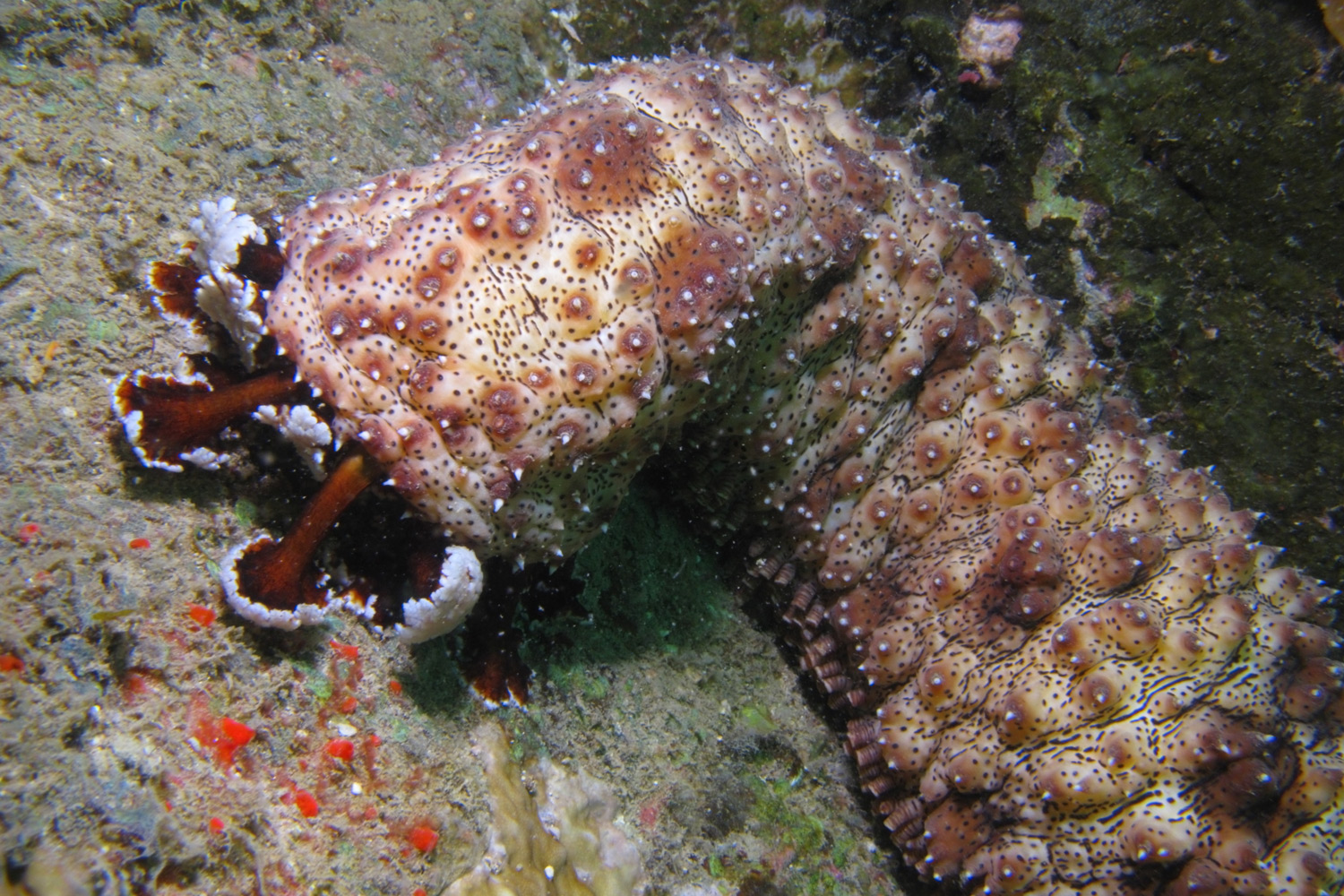 Scientific Name:
Holothuroidea
Lifespan:
Depending on the species, most species live between 5 and 10 years.
They are marine animals with a leathery skin and an elongated body containing a single, branched gonad. Sea cucumbers are found on the sea floor worldwide.

Captain Archer and his ship Glide sailed from Massachusetts in 1829, bound for Fiji to collect a cargo of sandalwood, tortoise-shell, and bêche-de-mer. At that time, many Fijian tribes bristled with warriors and cannibals. When Archer arrived, so many “savages” hounded his ship that his crew had to rig tall nets over the rail to keep them off.

During one surprise attack, a spear grazed the captain’s neck, which set off a short battle. The captain would not be deterred. He stayed put and found some peaceful Fijians he could hire to help collect the bêche-de-mer. His crew built a trading post on shore that included a building to clean and smoke the stuff and another for huge pots to boil it. They filled the ship’s hold and sailed to Manila in the Philippines to sell their cargo.

They made so much money that Archer decided to sail back to Fiji, but this time the islanders killed two of his crew members. He promised his crew that they’d return home but only after filling the ship up again. One sailor wrote, “Every boat load of bêche-de-mer that came off the shore was greeted with joy.” Finally, the ship’s hold was filled. The sailors were getting ready to leave when a hurricane hit and wrecked Glide on a reef. All hands survived, thanks to a friendly tribe that took them in. A few months later, Captain Archer and his crew were rescued when another trading ship came to the island. 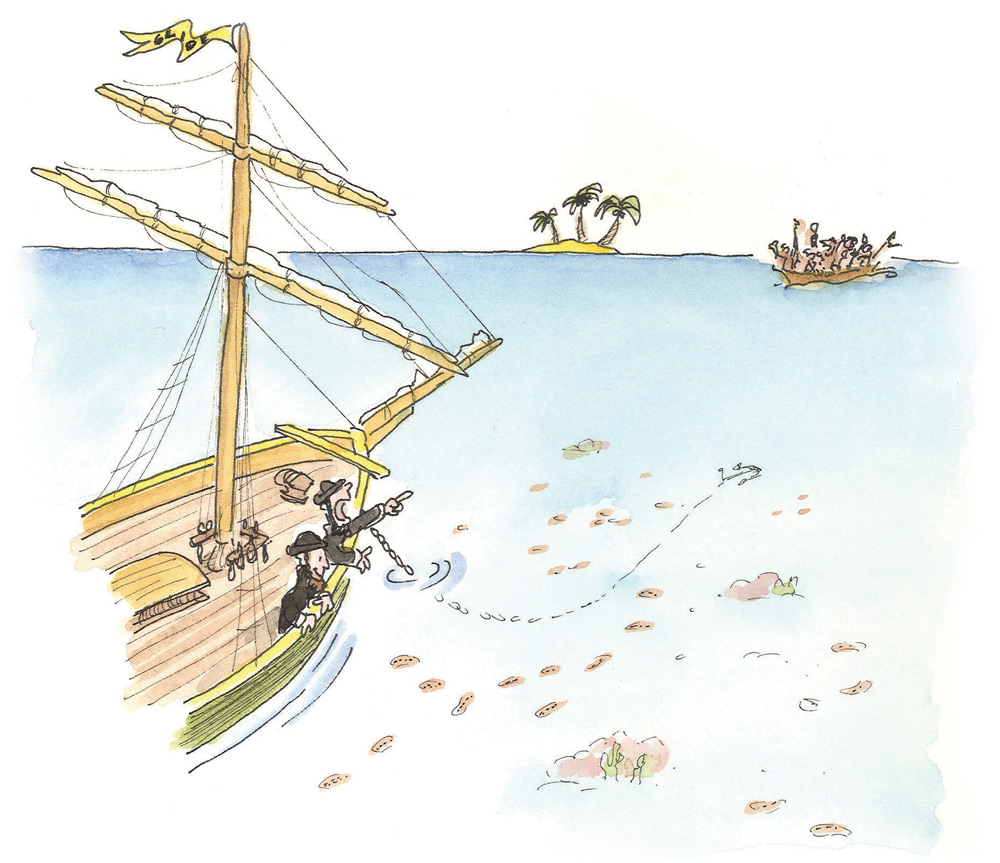 All of this trouble was over bêche-de-mer, the lowly sea cucumber, also known as trepang. Chinese and other Asian cultures value the sea cucumber as a specialty food, using it in soups and stews. Many think it has medicinal qualities and some even think it makes you more romantic!

Sea cucumbers are echinoderms, related to sea stars and sand dollars, with more than 1,400 species around the world. They live in salt water, at all depths, but they particularly enjoy coral reefs. They are eyeless, legless, spineless, wormy blobs, but if you get a chance to watch them under water, you’ll see beautiful branching tentacles that feather out of one end to gather food. Sea cucumbers breathe out of their anus. If you disturb them, they’ll actually eject their guts out. Some species are as small as your fingernail, but most are about the length of a loaf of bread. Most sea cucumbers have tube feet, a leathery outer skin, and a muscled body to help them inch around the ocean floor. A few kinds can swim and one kind even has a sail-like extension to help it move.

Nineteenth-century American ships traveled well beyond Fiji in search of sea cucumbers. The northern tip of the Great Barrier Reef was also a popular spot. Indonesians had been harvesting there them for hundreds of years, but these were also dangerous waters for sailors because of uncharted shoals and more hostile natives.

Would you have been willing to sail to the South Pacific and fight off island warriors to gather sea cucumbers? If so, you’d likely have seen a small, mighty bird along the way—the famous seafaring chicken—which is the Sea History animal for next issue.