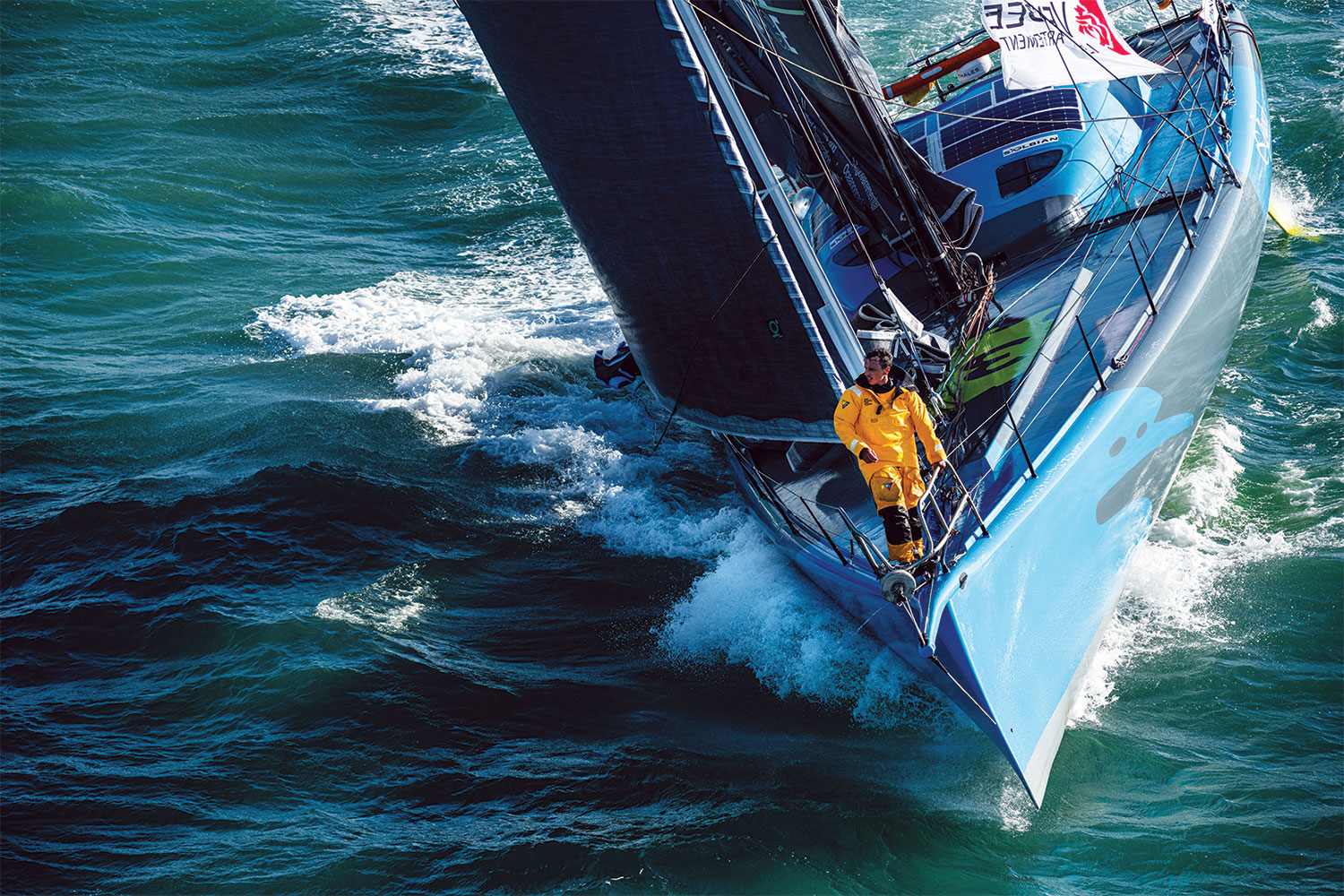 Who’s At the Helm? Spray, a Well-Balanced Boat, and the Advent of Self-Steering

When planning his sailing expedition to study the natural phenomena of the Caribbean, naturalist Gilbert Klingel chose to build a replica of the Spray, the 37-foot boat made famous by Joshua Slocum, the first person to sail solo around the world. The original Spray was an old derelict oyster sloop that had been given to Slocum for free when he was between jobs as a captain of oceangoing square-rigged cargo ships. One of the things that attracted Klingel to this particular boat was that it was famous for being capable of steering itself. People marveled at Slocum’s feat of sailing 2,700 miles across the Pacific Ocean and his claim that, in all that time, he barely touched the helm. 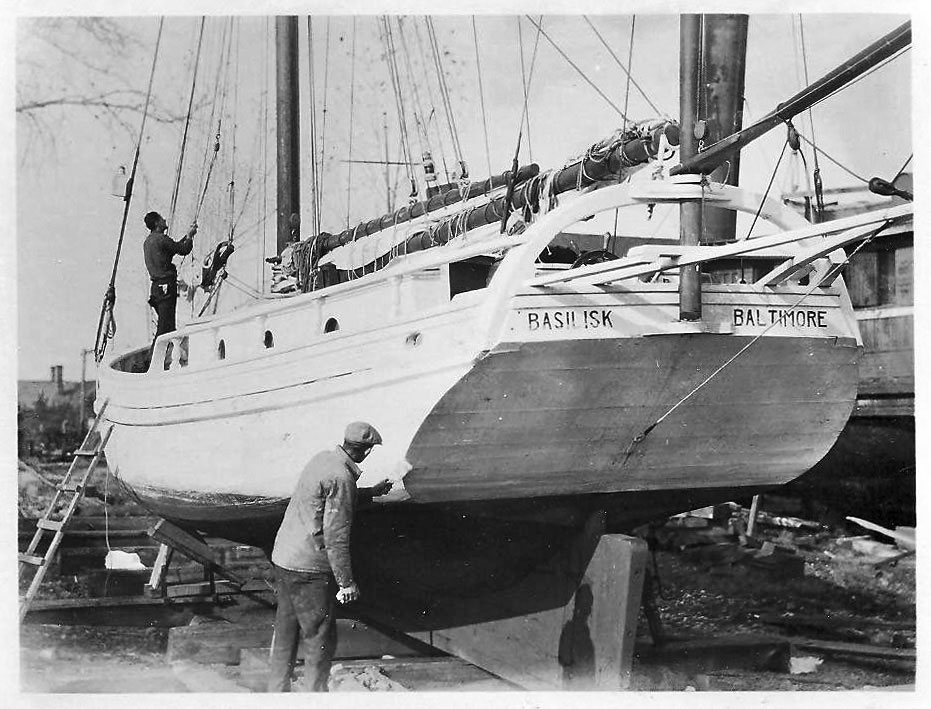 Gilbert Klingel’s Basilisk was a replica of Spray, the first vessel to complete a solo circumnavigation.

Klingel wasn’t alone in his admiration of Slocum’s boat. WoodenBoat magazine estimates that more than 5,000 boats have been built on Spray’s lines, with numerous modifications on the details. While Slocum managed to find the perfect balance between the trim of his sails and the angle of the rudder that allowed him to lash the helm and leave it unattended, today’s sailors instead rely on an electronic autopilot when they want to take a break or do other tasks onboard. Of course, the Spray was sailing along at a leisurely pace—it took Slocum more than three years to complete his circumnavigation—and he could catch some sleep without worrying too much about a collision on the open ocean or a change in conditions so sudden that he would be in imminent danger. Compare that to the experience of today’s Vendée Globe competitors, whose boats race along at an average of 30 knots throughout the entire route across the world’s oceans, with the top finishers completing the race in just over 80 days. 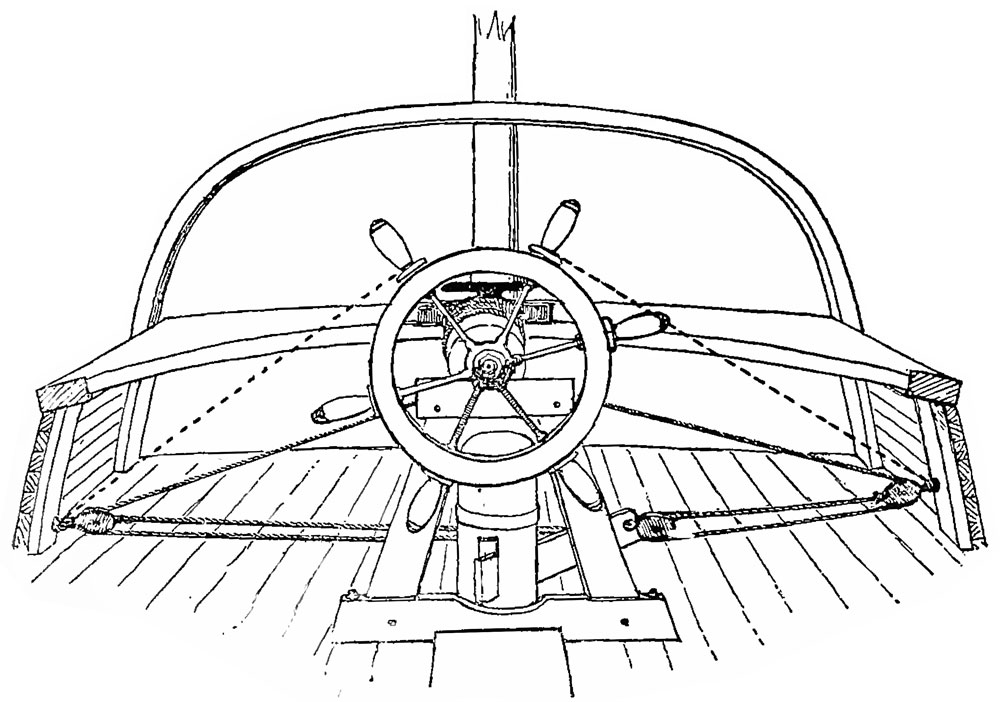 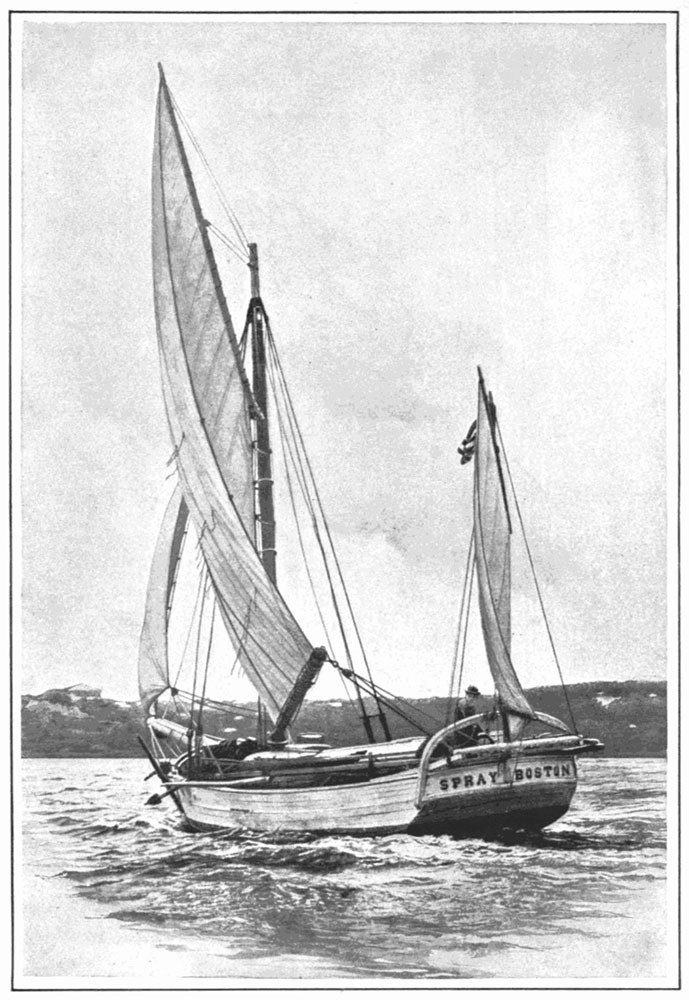 When Joshua Slocum first saw the Spray, it was propped up in a field in Fairhaven, Massachusetts. Locals scoffed at the idea of the Spray ever sailing again and were quick to tell him that, even rebuilt, it would only “crawl.” Undeterred, he took on the project, and after 13 months relaunched a completely rebuilt vessel. (above) Slocum’s diagram of Spray’s steering gear. The dotted lines mark the placement of ropes used to lash the wheel when conditions were favorable for self-steering.

The Vendée Globe is a solo around-the-world yacht race made in high-tech boats designed just for this competition. One of the key pieces of equipment its skippers rely on is the autopilot, which, among other things, allows the sailor to get some sleep while the boat continues sailing at high speeds. This critical instrument doesn’t just keep the boat on a specific compass course, it calculates and adjusts for the complex motions of the vessel as it moves through the waves. According to B & G, the company that designed this year’s Vendée Globe autopilots, the typical Vendée Globe boat is steered by an autopilot more than 95% of the time.

Joshua Slocum was very proud of Spray’s sailing qualities and wrote extensively about them. Imagine what he would say if you showed him a modern autopilot and told him that people can now sail around the world—alone—in eighty days?

(Top photo) Didac Costa of Spain preparing for the 2020/21 Vendée Globe race, while the autopilot steers.