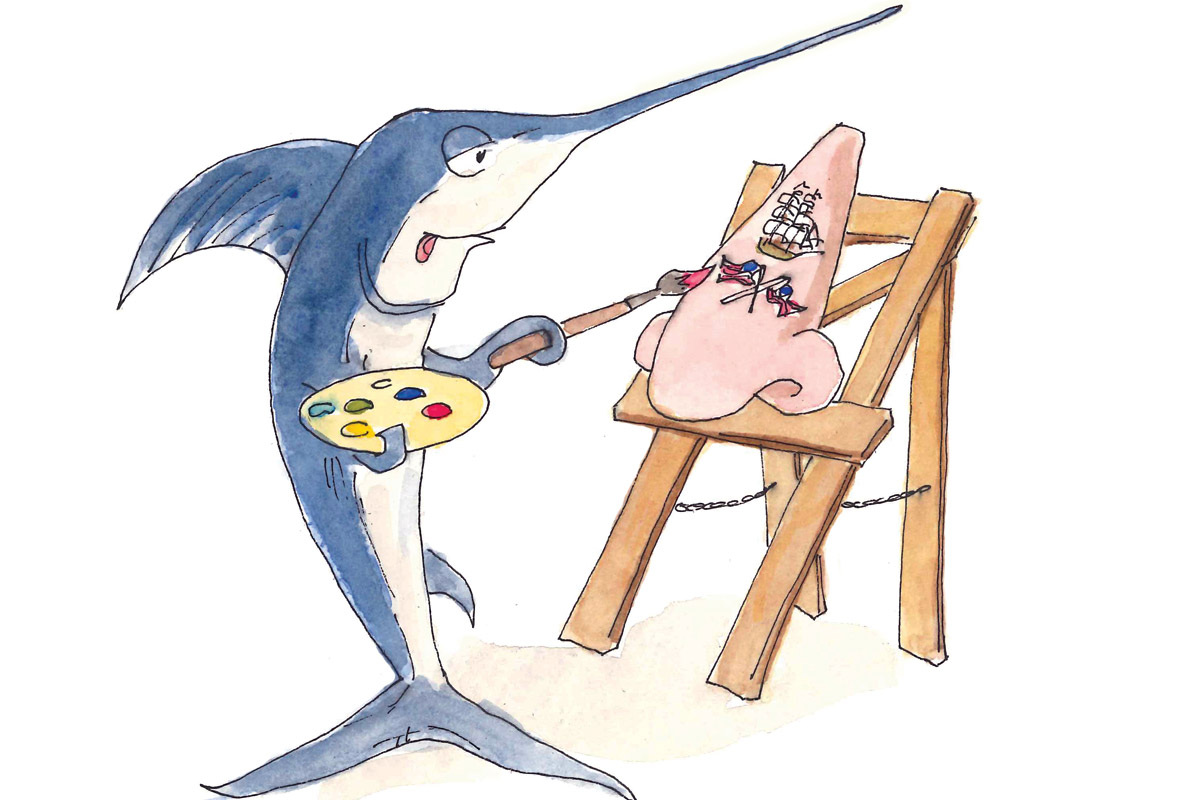 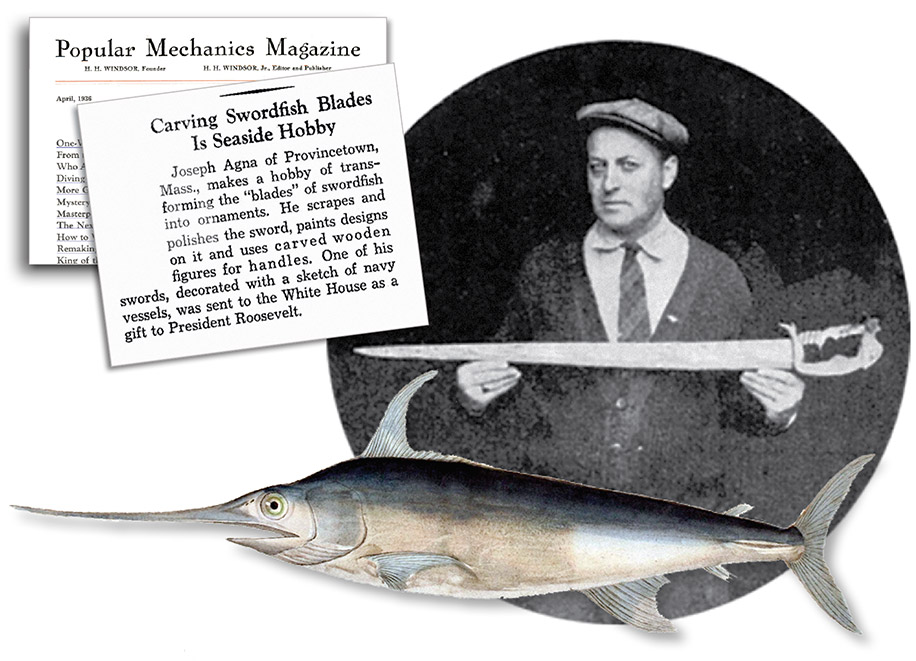 In the April 1936 issue of the magazine Popular Mechanics, beside a report about the invention of an automobile windshield washer that one could operate from the driver’s seat inside the car, was a story about a shipping clerk named Joseph Agna from Provincetown, Massachusetts. Agna painted swordfish bills. He lopped off the bills from dead fish, then sanded, polished, and painted them with a variety of designs. He then attached carved wooden handles on the ends to make them look like actual battle swords. Mr. Agna decorated one swordfish bill with images of vessels of the US Navy and sent it to the White House as a gift to President Franklin D. Roosevelt.

Joseph Agna did not invent the idea of making art out of swordfish bills. In the last issue’s “Animals in Sea History,” I told you about how the author of Moby-Dick, Herman Melville, described ship-spearing swordfish in his fiction of the 1850s. The large, fast-swimming fish occasionally impaled the hulls of wood ships and boats. In Melville’s day and earlier, sailors on long voyages used objects they found, or items from sea animals they caught, to create art. Maybe you’ve heard of scrimshaw made from whale’s teeth, in which tiny scratches are made in the enamel and filled with ink to create art. Sailors and fishermen did the same thing with swordfish bills—which are an extension of the fish’s upper jawbone, similar to a beak of a pelican or a rostrum in a lobster. At least as far back as the 1800s, artists ashore decorated these bills by using more traditional painting techniques. Unlike the bills of a marlin or sailfish, swordfish bills are actually wide and flat with sharp edges, tapering to a point, which is the reason swordfish are sometimes called “broadbills.” In early Polynesian cultures, warriors used swordfish bills as actual and ceremonial weapons. 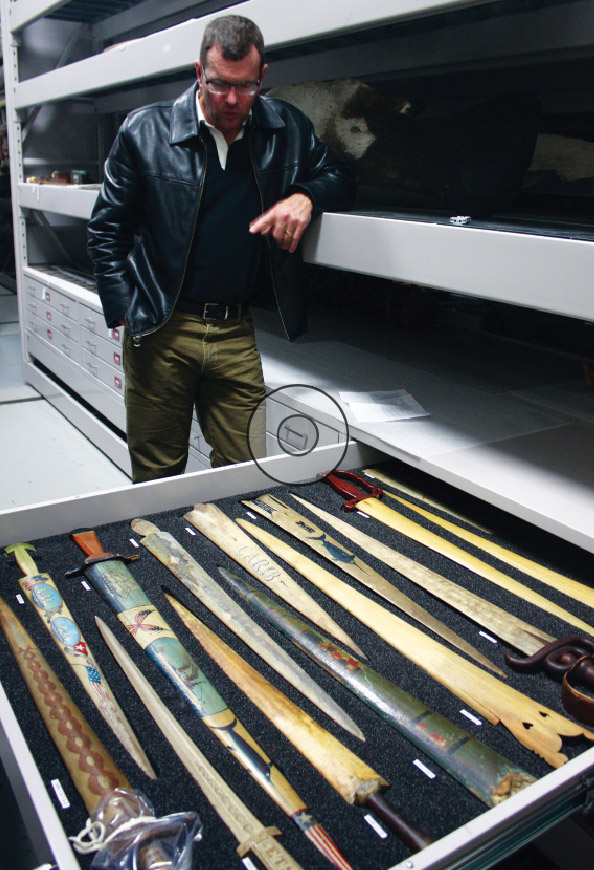 This past fall, I invited writer Matt Rigney to visit the collection at Mystic Seaport. Matt is the author of In Pursuit of Giants, for which he spent five years traveling around the world learning about the most massive swordfish, marlin, and tuna (learn about Matt on page 44). The curator led us into the back vault and slid out a drawer that had fourteen swordfish bills decorated and painted in all sorts of ways. The longest of them, with two small hearts carved into the base, is about 3.5 feet long, which means, since swordfish bills are approximately a third of the length of the fish, that it might have come from a swordfish that was over 10 feet from tip to tail! Mystic Seaport has swordfish bills going back to at least the 1870s. The bills are engraved, scrimshawed, and painted with coastal scenes, sailing ships, steam ships, American flags, fish, and women. It seems at least one of them might have been used as a ceremonial “Neptune’s sword” for equatorial crossing parties, in which veteran sailors created theatre to initiate those who had yet to cross the line.

In the next issue: do you know the only state that has a saltwater species as its official state bird and on its state seal? And do you know why?