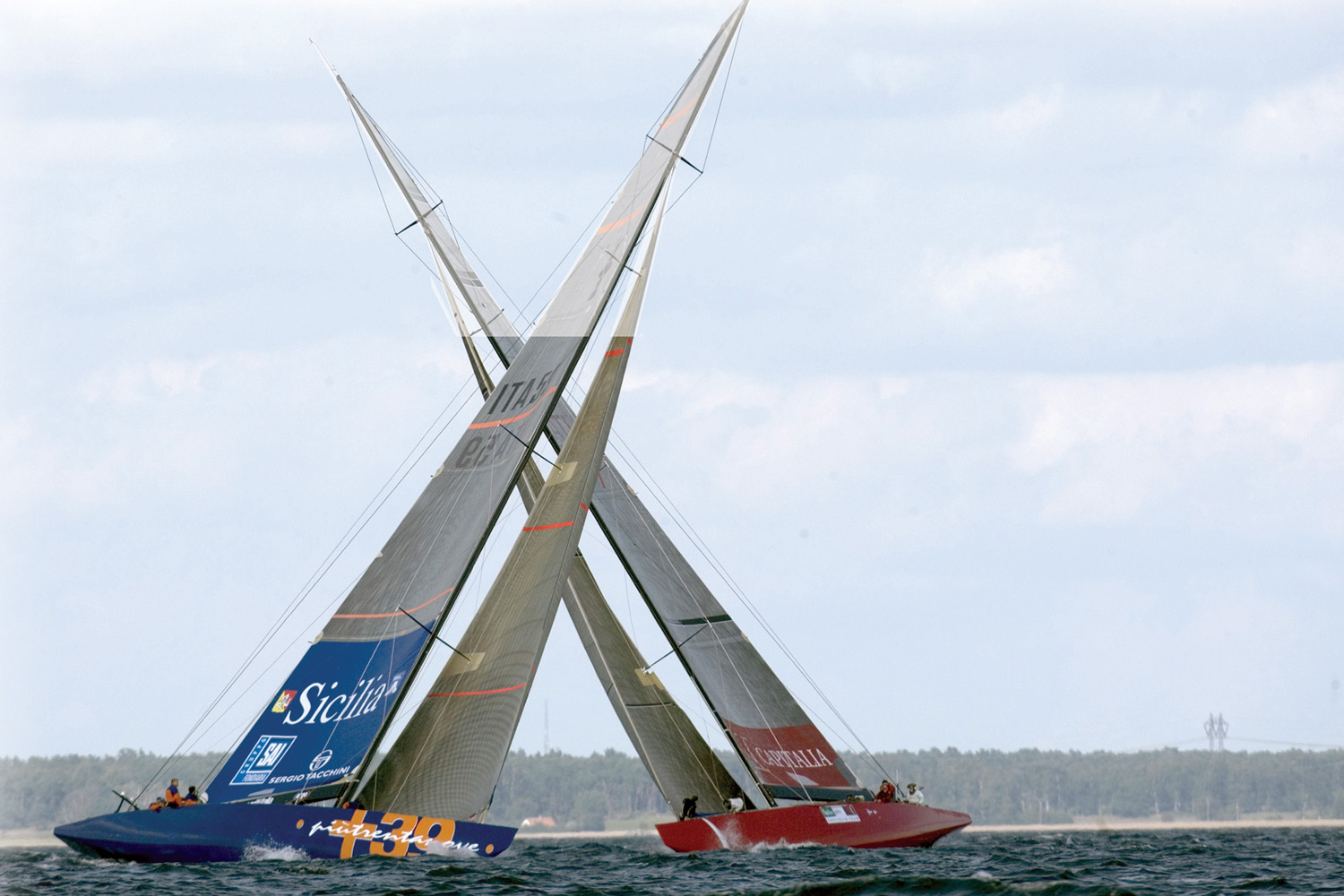 The America’s Cup—that go-fast modern sailing race where millions of dollars are spent on boats and gear, where the sailing crews are muscular tanned guys (and some women too!), where national pride and rivalries run high, and where most of the rest of us don’t know a lot about it. 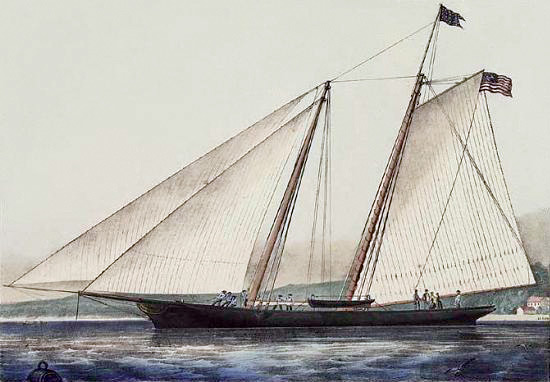 The America’s Cup is the oldest trophy in sports. It was originally called the “Hundred Guineas Cup,” and it was renamed the “America’s Cup” (named for the winning boat, America, not for the country) after a famous race in 1851 when the New York Yacht Club accepted an invitation by Great Britain’s Lord Wilton, the Commodore of the Royal Yacht Squadron, to send over a boat to race against the British yachts. Think about this—1851 was 45 years before the first modern Olympic games were held; the America’s Cup precedes soccer’s World Cup, tennis’s Davis Cup, hockey’s Stanley Cup, and golf’s Walker Cup. The actual cup, or trophy, itself was one of three solid silver ewers (a fancy, vase-shaped pitcher) made in 1848 by the Royal Jeweller in England. The Royal Yacht Squadron acquired it in 1851 and offered it as a prize for a race around the Isle of Wight.

This was no small race. The course around the Isle of Wight was approximately 53 miles; throughout the race, the lead changed hands plenty of times, but at the end, America trounced her competitors—8 cutters and 6 schooners. With her victory came the cup, which was brought home to the New York Yacht Club. Since then, the Cup has been challenged 30 times and will have its 32nd competition in June 2007.

The winning boat’s home country (actually, its yacht club) gets to take the trophy home and keeps it until another competitor challenges and wins it from them. The New York Yacht Club held onto the Cup from 1851 to 1983 when the Australians upset the American team and took the Cup home to Australia. Since that time, the Cup has been won by New Zealand two times, the US three times, and most recently by a Swiss team.

In the early races, the boats were one- or two-masted, made of wood, and sailed to the race location across the oceans. There have been several evolutions of the rules and design of the boats in the last 150 years. Today, the race itself is a “match race” between just two boats, and the boats are very high-tech both in design and materials used to construct them. About 50 years ago, rules were changed so that the new smaller-class boats, the 12-meters, were not required to sail to the race locations across the oceans.

Today, competitors’ boats are transported across the oceans in larger ships and even on airplanes. The Cup has been challenged by the US, England, Australia, New Zealand, Italy, and Switzerland. In 2003, the Swiss team, sailing in Alinghi, brought the Cup back to Europe for the first time since that first race in 1851. Look for news of the 32nd America’s Cup in June 2007.