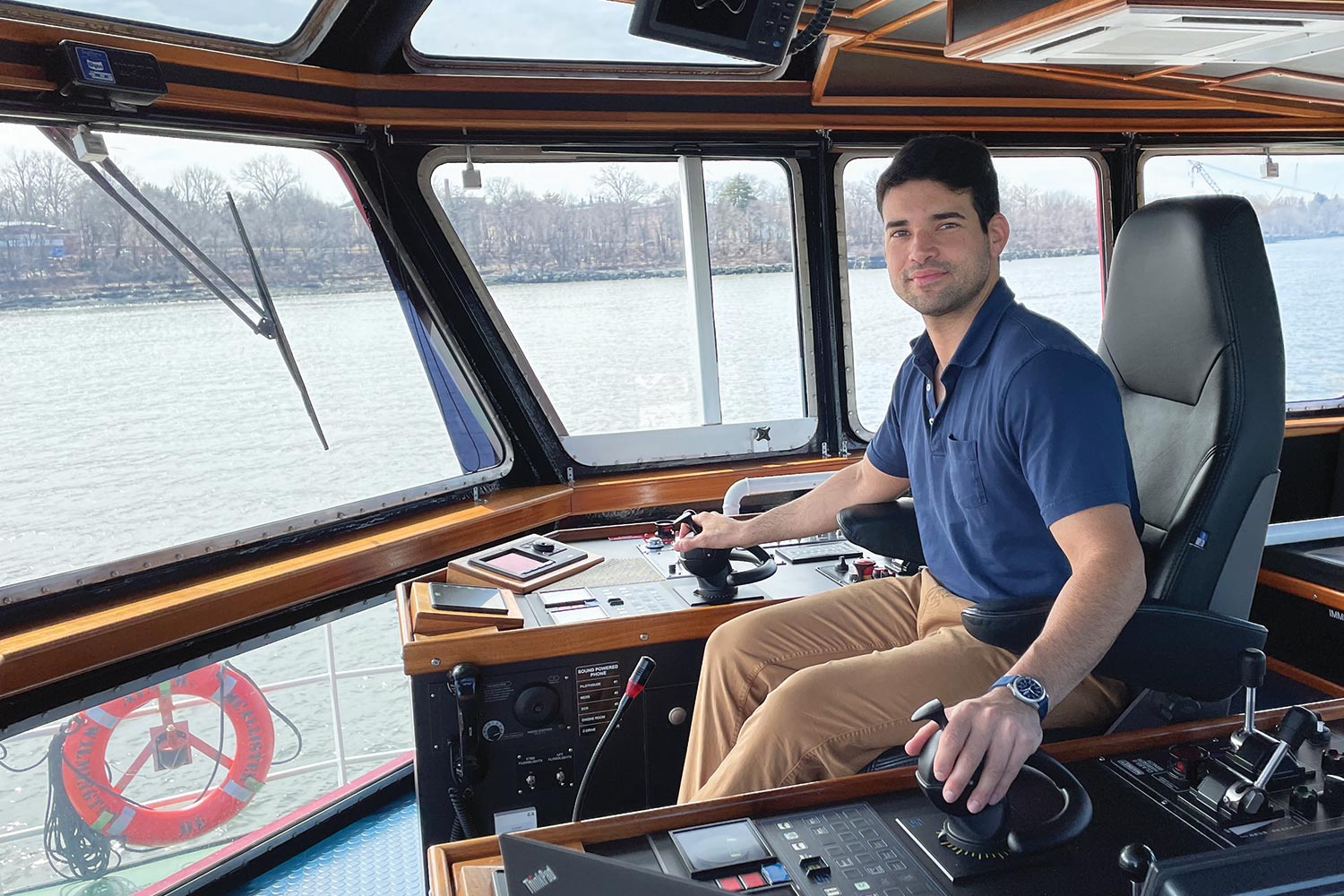 Growing up, Daniel Zorovich was a big fan of the TV show Modern Marvels on the History Channel. “I used to watch this show religiously, as it usually covered topics that I found interesting—such as technology, cars, and aviation. I remember one of the episodes that covered machines built for heavy lifting: machines like bulldozers, massive cranes, locomotives, and what turned out to be my favorite— tugboats. I thought it was fascinating how a relatively small boat could be powerful enough to move massive ships. The show featured a tugboat captain sitting at the controls, helping maneuver a huge ship into the dock, and I just thought that was the coolest job in the world.”

When he was starting his senior year in high school, Daniel decided to pursue this job as a career. While there are numerous paths one can take to become a professional mariner—tugboat operations, shipping out on oceangoing vessels, piloting ships coming in and out of port, to name a few examples—Daniel learned that the most efficient path was to go to a maritime college. He was so sure that this was what he wanted to do for a career that he only applied to one school—the State University of New York Maritime College in the Bronx. SUNY Maritime offers several degree programs, including both a 4-year traditional undergraduate degree program and a two-year associate degree program in Maritime Technology/Small Vessel Operations. He took classes in nautical science and had several internships aboard tugboats to get hands-on training and learn the industry. 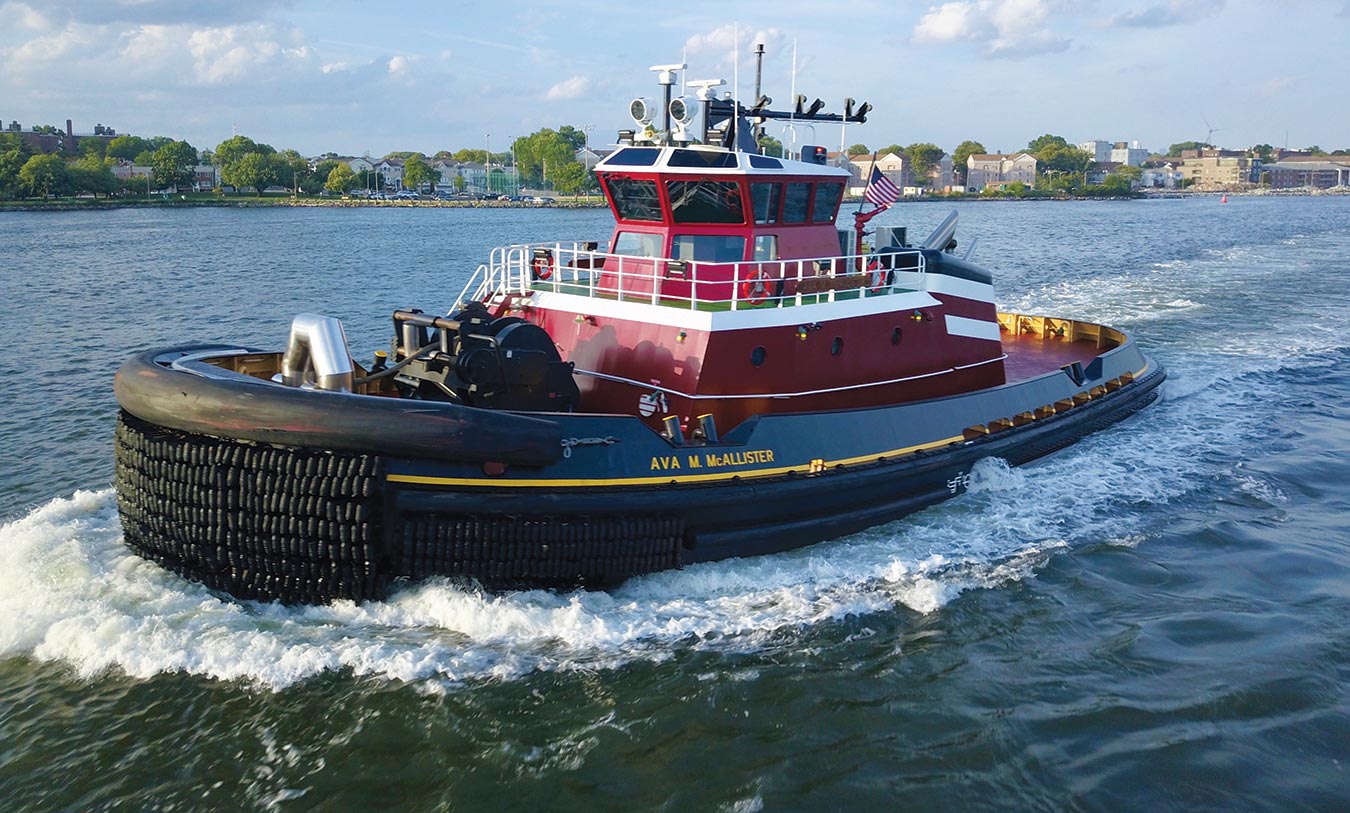 “This experience was invaluable, as I was working on the job side by side with professional mariners. It gave me a taste of what my career would be like, and I couldn’t get enough. Not only did I enjoy the work, but the people as well. Everyone was so helpful and willing to teach me things.” Daniel graduated and left SUNY Maritime with both an associate degree and a 1600-ton mate’s license (issued by the US Coast Guard).

Daniel’s first job after college was as a deckhand on a tugboat. “Deckhands are responsible for all the work done outside the boat, such as putting up the ropes we use to attach the tug to the ship we’re assisting, as well lots of grunt work such as painting and cleaning. It’s the bottom step of the ladder, but even the captain was once a deckhand.” Daniel found that the more experienced crew—fellow deckhands to mates and the captain—were very patient and taught him about every aspect of the job. He also discovered how boat crews that work a lot of long hours together and in all kinds of conditions can become like family. 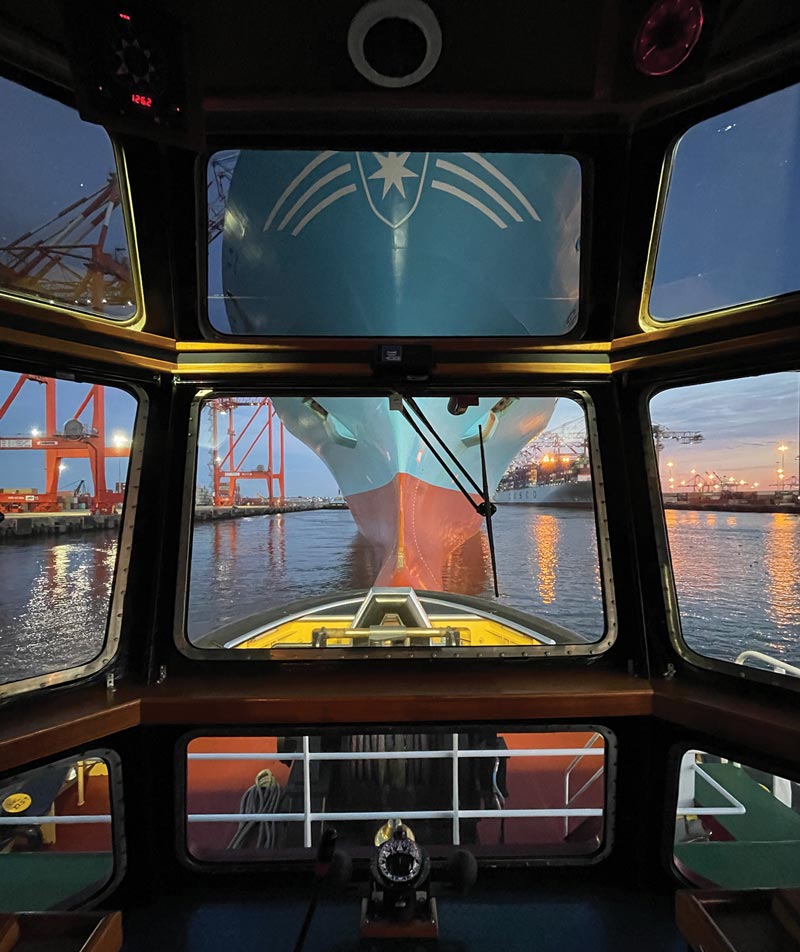 Yikes! That’s not a view that most boaters want to see that close up. Daniel maneuvers his tug into position under the bow of this huge ship.

“I was a deckhand for about a year when I started my training as a mate on a tractor tug. A tractor tug is a highly maneuverable tug designed specifically for ship docking. I have now been steering tractor tugs and conventional tugs for almost nine years and it never gets old.” Daniel is now the captain of a tugboat in New York Harbor and helps bring big ships in and out of the port and on and off the dock. “Most commercial ships today are too big and clumsy to navigate the tight and twisty channels of the harbor, so tugboats assist the vessels in getting to and from the dock safely.”

The tugboat crew works two weeks on, and two weeks off each month. “New York Harbor is far too busy for us to go home in between ship jobs, so the entire crew lives on the boat for our two-week shift.” They stand watch six hours on, and six off. “One of my favorite things about my job is that every day is different. (The food served on tugs is pretty good, too!) It is amazing to see just how much commerce comes through New York Harbor, and I’m proud to do my part in that chain.”