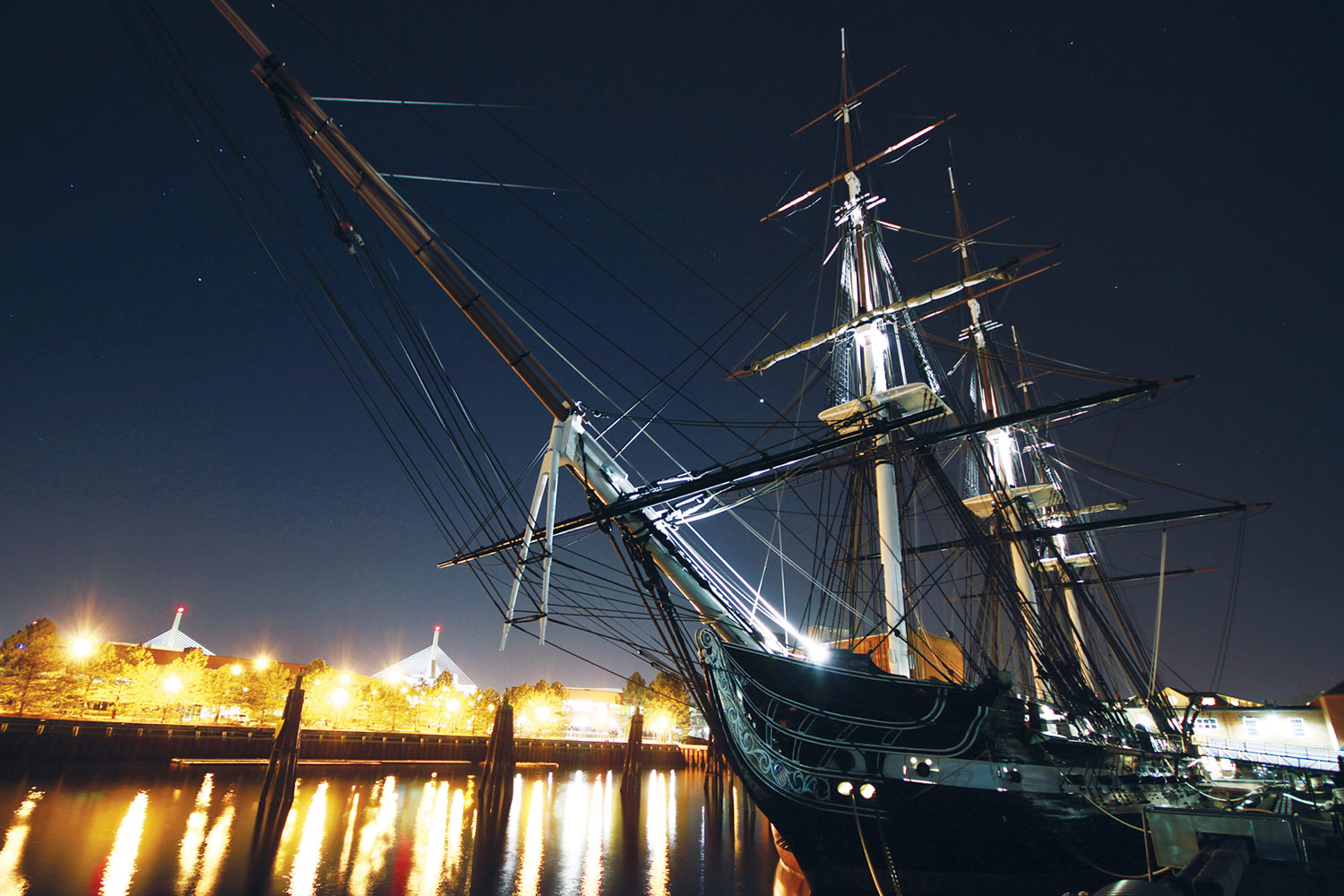 Right now, the US Navy employs a total of 633,037* people (active duty, reserves, and civilians); that’s more than the population of Baltimore, Boston, Seattle, or Washington, DC! The navy is like its own little world and, likewise, needs all kinds of people doing all sorts of jobs to keep it functioning. There are shipboard personnel, of course, but there are also thousands of jobs ashore, and they all have to work in sync to keep the navy operating smoothly and efficiently. Careers in the navy range from: ship’s officers, nuclear engineers, and Navy SEALS to doctors, x-ray technicians, and dentists; from business and legal experts to photographers and graphic artists; and of course cooks, firefighters, welders—just about any job you can think of.
*as of 30 April 2012 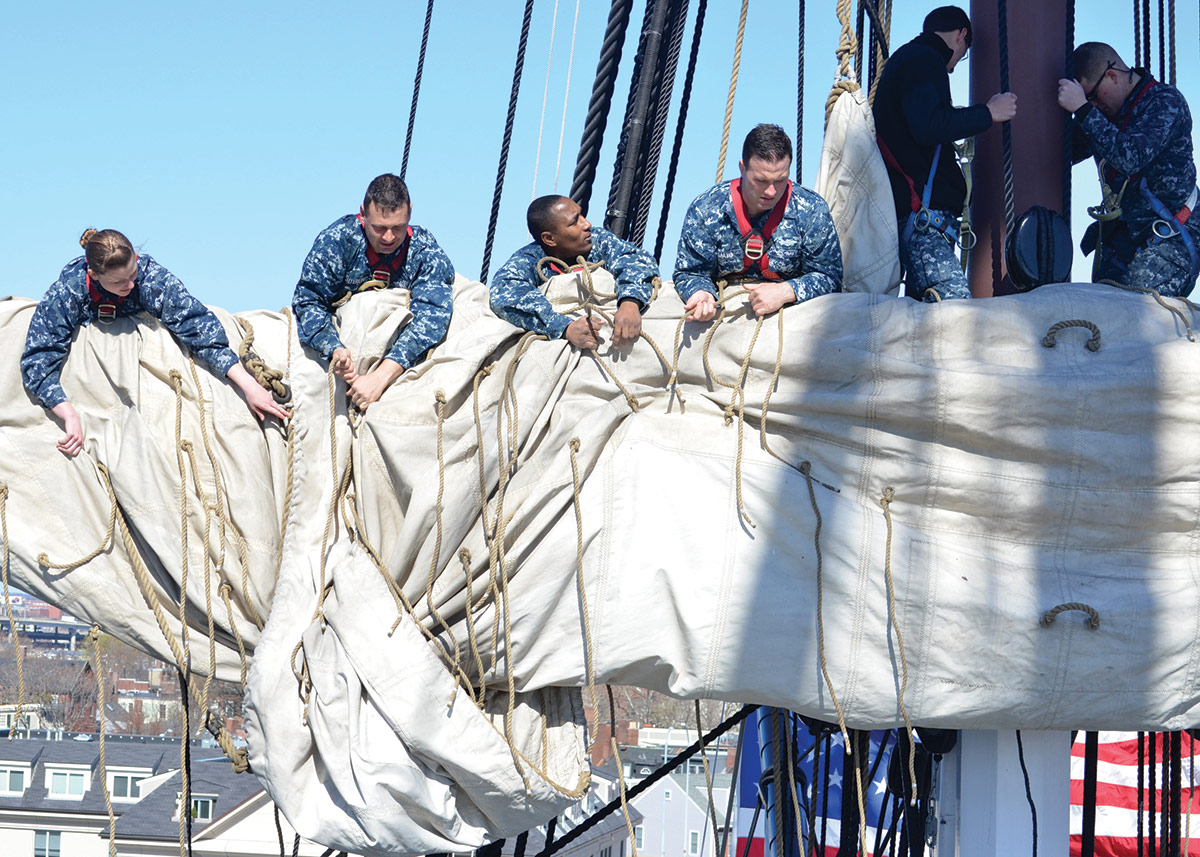 Michael Achterling is in the US Navy and has a special assignment—he works as a Deck Seaman on the crew of USS Constitution, the 1797 frigate stationed in Boston, Massachusetts. Constitution is unique in the navy in that she is a wooden sailing vessel and serves as a museum ship. Her crew practices both modern and 19th-century seamanship and works to maintain and share its history with the public, as well as maintain the ship itself. Michael joined the navy for four years because he saw it as a good job opportunity—one that comes with a place to live, a paycheck, and a chance to finish college. To get his job as a deck seaman, Michael had to take a three-week apprenticeship course after his nine weeks in Basic Training. Most of the skills for deck seaman, he says, he’s learned on the job because the duties can vary so widely from ship to ship. “A deck seamen on a destroyer has a very different job than a deck seamen on an aircraft carrier.” Aboard Constitution, deck seamen are in charge of the ship’s rigging, handling sails, painting the hull, and securing the deck, among other duties.

My day starts early in the morning. Boatswain’s mates will tell me what I will be doing on any given day. The hours are very long, especially when the ship needs cleaning or hasn’t been painted in a while. Deck seamen are in charge of mooring the ship to the pier or anchoring when the ship comes into port. The deck seamen make the ship look good by lots of cleaning, painting, and securing equipment safely and properly.

Life in the navy isn’t easy, and it takes a combination of self-confidence and humility to do your job well, whatever job it is. For Michael, he says that “Aye, Aye,” which means “I understand” or “I will comply,” is “probably the most important phrase in the navy. You are not going to be able to please everyone.” He says that if you follow three major rules: “be on time, keep a well-groomed appearance, and do what you’re told in a timely fashion,” that you’ll do just fine. Michael also advises people to “take some initiative, do the extra things­, and learn as much as you can­—it will pay off later.” He hopes to take advantage of the navy’s tuition assistance program and get a chance to travel to places around the world. Michael doesn’t know yet if he’ll make the navy a career, but whether he stays in or leaves the service after his four years are up, the discipline, training, and lessons he’s learning now will help him wherever he goes.

To learn more about USS Constitution, see www.history.navy.mil/ussconstitution; to learn about careers in the United States Navy, see www.navy.com/careers).