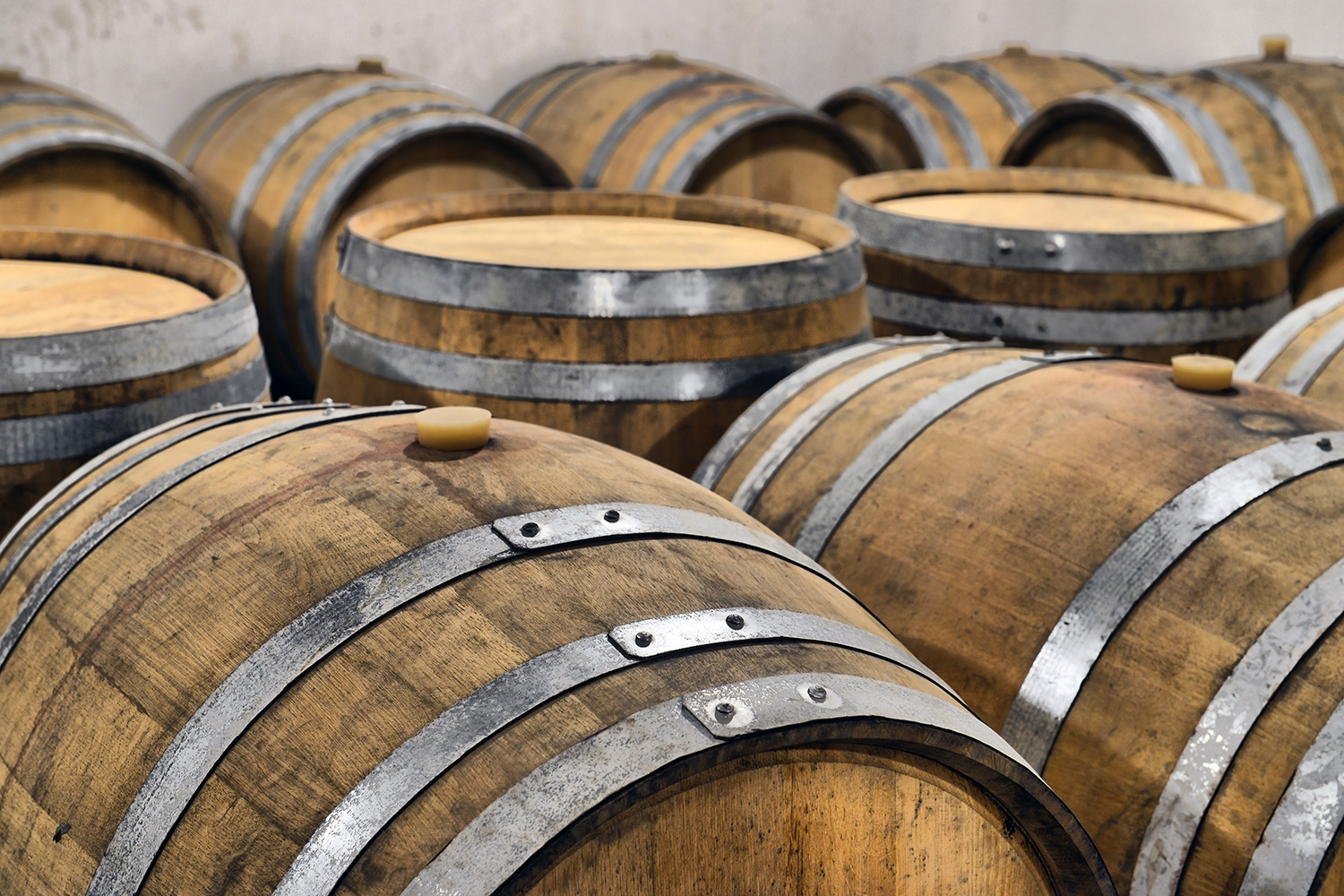 Have you ever found a message in a bottle? For centuries, people have transported items on the seas. Messages in bottles are usually sent for fun. Most items that are shipped from one country to another are sent as trade goods.

The way that ships carry these goods today is quite different from the past. Long ago, goods traveled to a port in some sort of container, usually in baskets, crates, sacks, or casks loaded onto wagons. (In ancient times, ceramic containers called amphorae were commonly used.) Then at the port, the goods needed to be unloaded, hauled onto the ship, and stored again.

Since Roman times, coopers have had the job of making casks, or barrels. Cooperage was a highly skilled craft. The casks had to fit tightly to carry products such as whale oil and molasses. Flour, dishes, and apples were other products commonly stored in casks. Liquids such as cider were often stored in large casks called hogsheads. Some hogsheads could hold as much as 140 gallons.

Casks are made of staves, which are wooden slats. The cooper bends the trimmed stave using heat and a wet cloth. The bent staves are then held together with hoops. The bulging shape of barrels or casks makes it easy to roll them on their sides and change direction. That’s helpful when you have many of them to load and unload by hand onto a ship.

It is quite a leap from amphorae of the past to shipping containers used today. Part of the change came about through Malcolm McLean’s brainstorm. McLean thought there was a lot of wasted effort in unloading cargo from a truck, loading it onto a ship, and then reversing the process at the other end. He came up with the idea of shipping containers that could be loaded directly from a train or truck onto a cargo ship and then unloaded at the other end.

Today most shipping containers come in a standard size. This has led to changes in the design of trucks so that the containers fit well. Even many shipping ports in the United States have been redesigned to make it easy to move the containers from ship to truck or train.