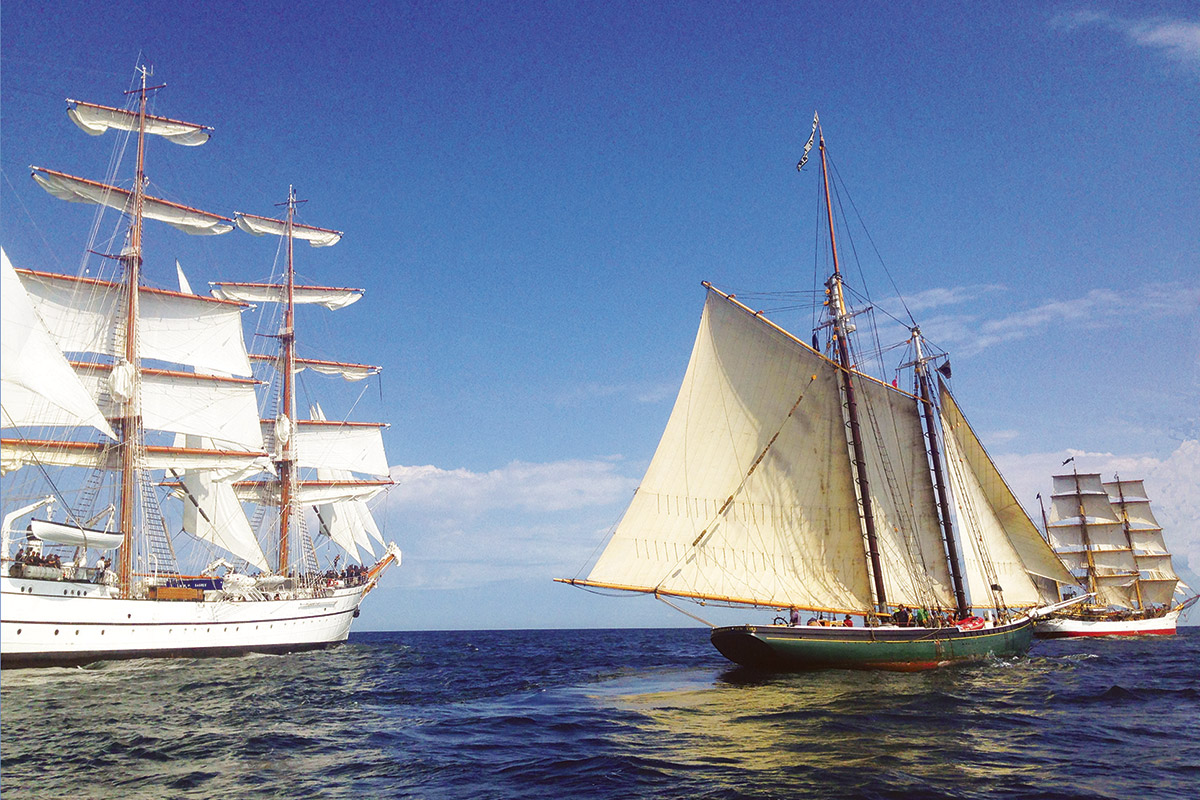 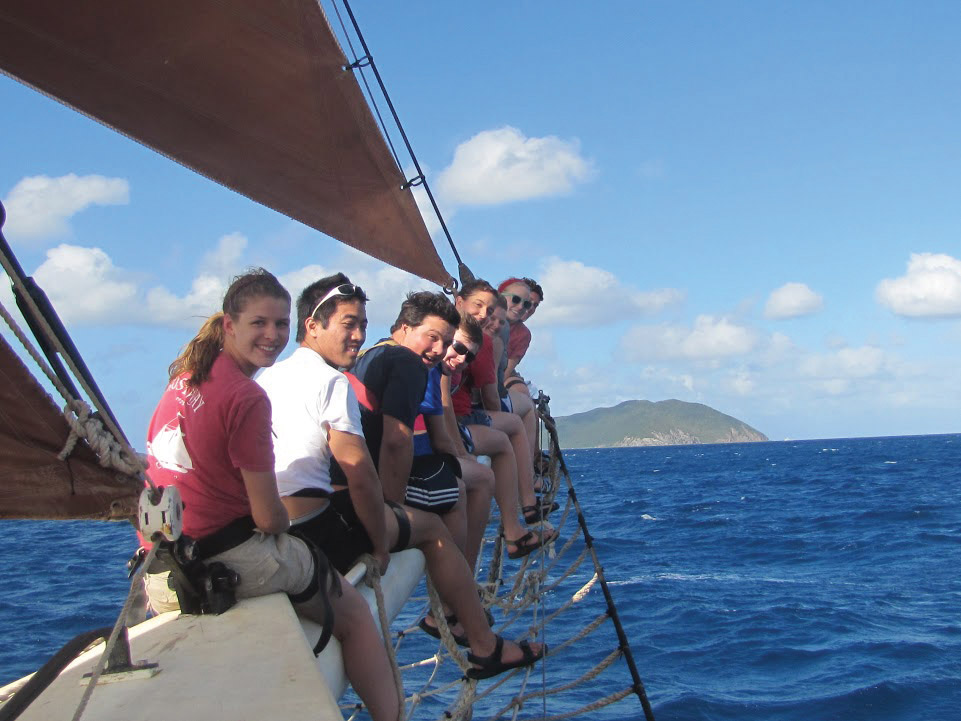 My first sailing ship experience was aboard a 125-foot schooner. I was a college student onboard for a week in the summer to get out on the ocean, see some whales, learn how to handle sails and steer the ship, and have a really fun time doing it. I was a stranger to everyone else onboard, and that was just fine. I had never been on a ship like that before, never been on the ocean for more than a ferry ride, and had never heard of half the terms and expressions the crewmembers used as part of their regular speech. While the ship itself was spectacular and the sailing was exciting—not to mention getting to see breaching humpback whales—what I was most in awe of was the crew.

Who were these people? Most of them were around my age—how did they know all this stuff? I assumed that most—if not all—of them had grown up around boats and the ocean, as it seemed like something that must have taken years to learn. 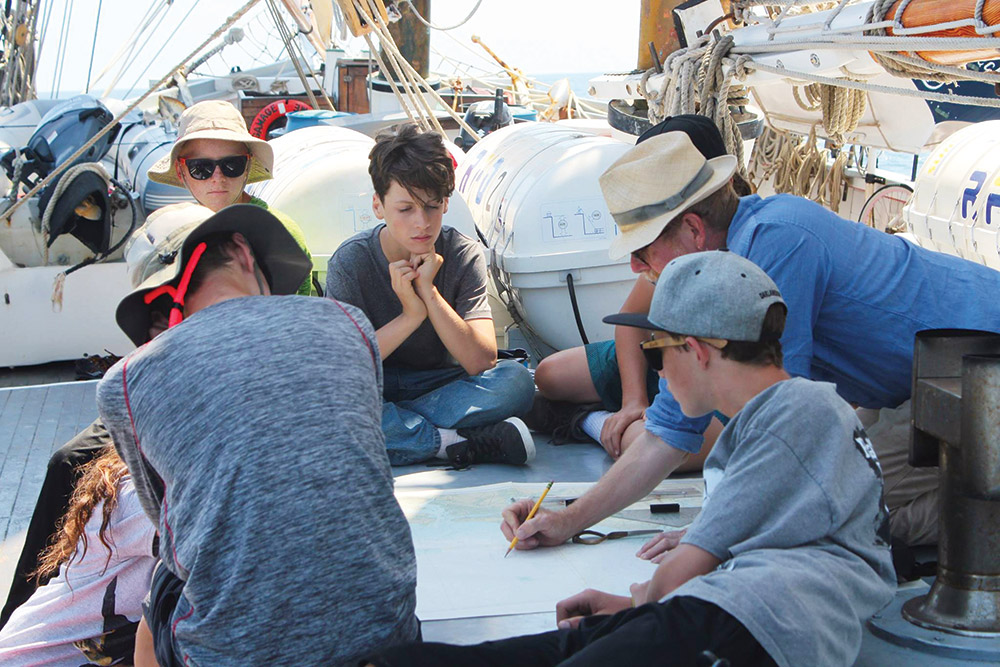 It turns out this was not remotely true! The second mate was from dairy-farm country in Vermont, the chief mate was from inland Texas, a deckhand was from suburban New Jersey, and the captain grew up sailing in small boats in rivers and along the Gulf coast of Florida and only got exposed to deep-sea sailing as a young man in the navy. Me? I grew up in central New Jersey, and while I knew a fair amount about canoeing in lakes and messing about in ski boats, I knew very little about sailing, and had never done an ocean passage. I had next to no vocabulary pertaining to ships, commands, and nautical terms and expressions. A few years later, I was working as the ship’s second mate, running a watch, and teaching others how to sail the ship. I had crossed the Atlantic Ocean and sailed tens of thousands of miles in both the Atlantic and the Pacific Oceans, and my daily vocabulary was sometimes unintelligible to my landlubber family. My experience, while not typical of my hometown friends’ experiences, was hardly unusual in the sailing world. What I learned was that anyone can go sailing on these ships, and if you immerse yourself in that world and are open-minded about learning new things, you can become quite proficient in a relatively short period of time. 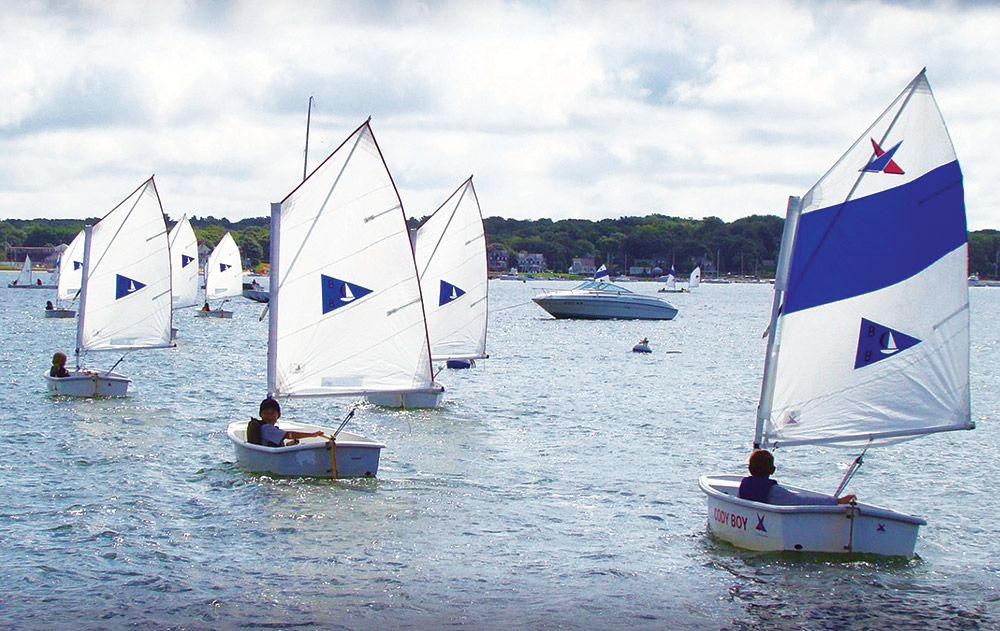 My first tall ship captain started out in an Opti, just like these kids are doing. Community boating programs across the country teach sailing to people of all ages. These kids are learning to sail through Bourne Community Boating on Cape Cod (www.bournecommunityboating.org).

If you visit the Tall Ships America website (www.sailtraining.org) or buy their guidebook Sail Tall Ships!, you’ll find hundreds of sailing ships all across the United States that take on people of all ages as trainees, most with no experience on boats whatsoever. The ships, from huge square-riggers to smaller schooners or sloops, all run educational programs that are open to the public and school groups. Some go out for just a few hours, and some sail around the world on extended voyages. More typical programs run from about a week to a high school semester at sea.

If you don’t think you are ready for tall ship sailing, lots of waterfront communities teach sailing and boating in small boats. Search online for “community boating” in your area and see if there are listings for programs near you.

As Rat said to Mole in Kenneth Grahame’s Wind in the Willows, “Believe me, my young friend, there is nothing—absolutely nothing—half so much worth doing as simply messing about in boats.”