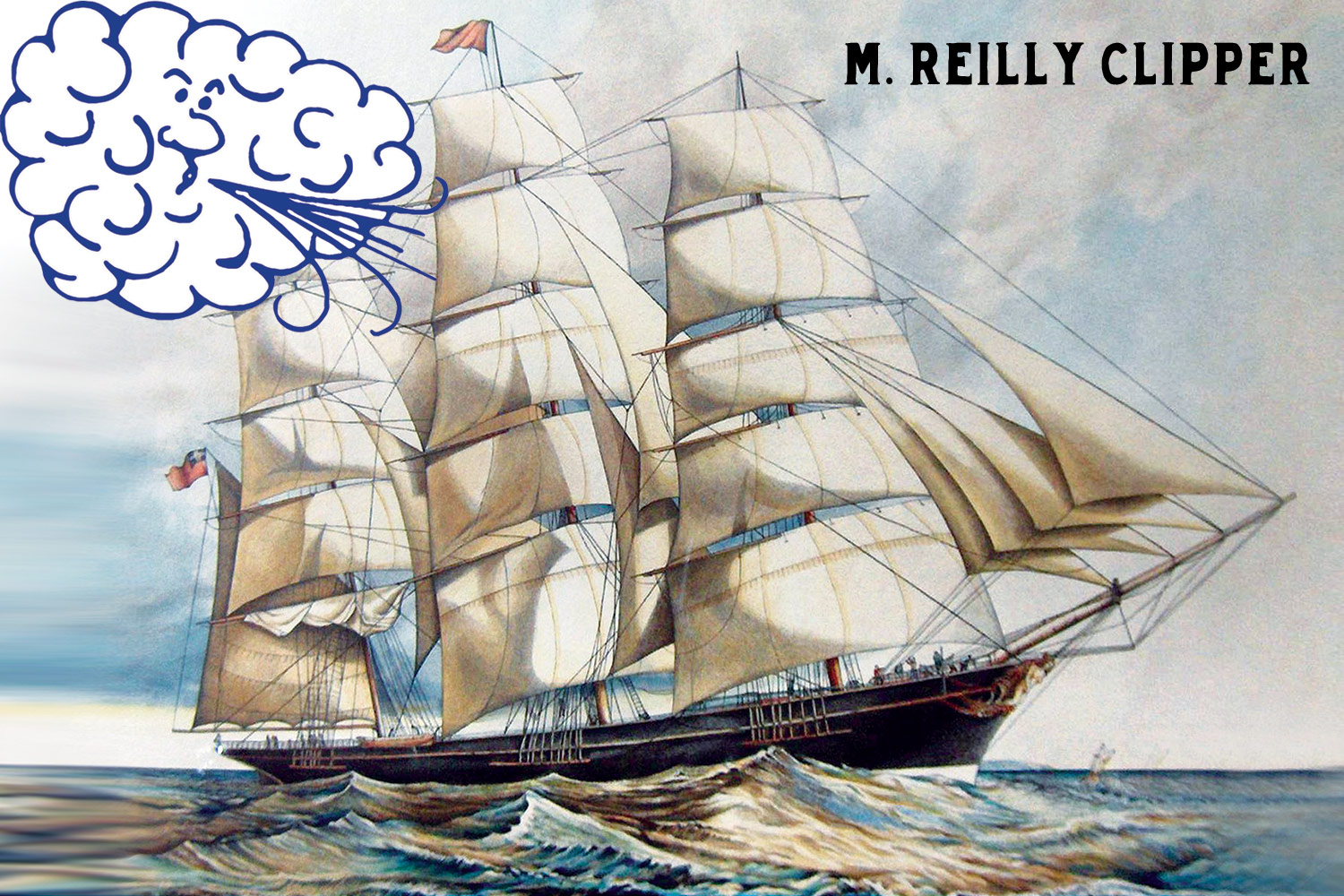 Wind and the Sailor

Sailors rely on wind to get where they are going. When sailing ships ruled the waves and trade turned into a global enterprise, learning about the earth’s winds became very important. Even power ships prefer not to steer into a strong headwind, and in the Age of Sail, ship captains chose routes that followed regular wind patterns and currents to help them get to their destination in the shortest amount of time. In 1847, a US Navy geographer named Matthew Fontaine Maury published the first Wind and Current Chart of the North Atlantic, which showed sailors how to use the ocean’s currents and prevailing winds to shorten the length of their voyages. Sea captains who followed Maury’s advice altered the routes they sailed to follow the prevailing winds that blow consistently across the oceans. Faster voyages meant they could complete more trips over time and thus make more profits. 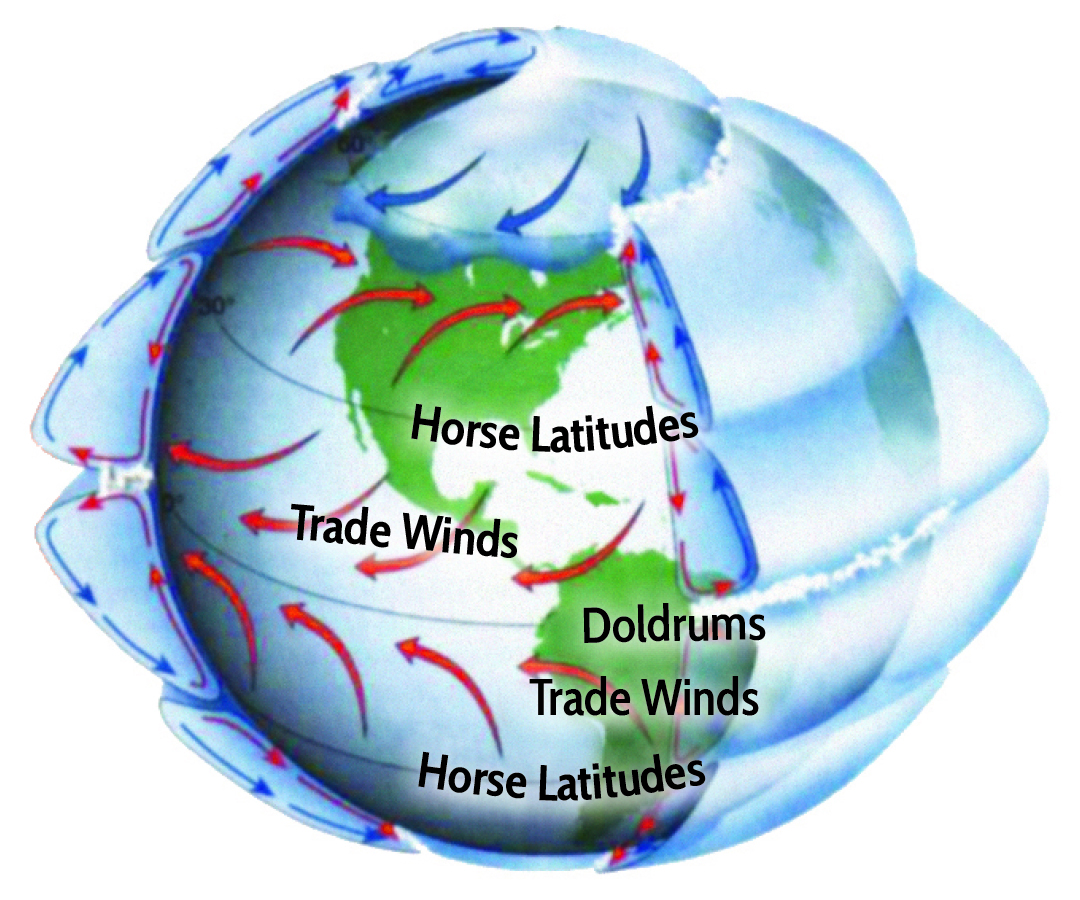 The easterly winds that blow near the equator are called “trade winds,” because sailing ships on trading voyages followed these winds to blow them across the oceans.

When you are in a sad mood, people say they are in the “doldrums.” The expression comes from another consistent wind pattern, or in this case a lack of wind. Near the equator there is a belt of calm or light winds between the northern and southern trade winds. Sailing ships can’t sail without wind, so it was very frustrating and depressing to get through this region without an engine. 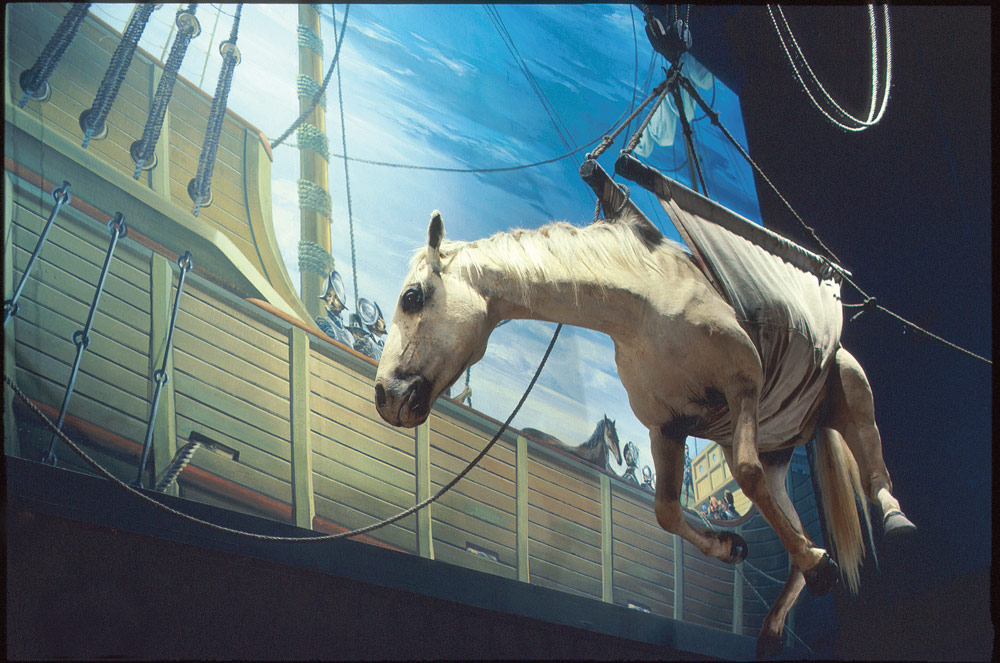 Between 30° and 35° latitude, the winds are generally calm and the weather is hot and dry. Ships traveling across the oceans would often lighten their load to help get through them by throwing heaving things overboard. The name “Horse Latitudes” comes from the days when Spanish ships were transporting horses to the New World.

Legend has it that they would throw their horses overboard because they were running out of fresh water for both the crew and the horses. A percentage of the horses taken aboard ship for lengthy voyages would often die underway, and it is more likely that the crew would have eaten them rather than toss them overboard. Horse meat is no delicacy ashore, but fresh meat of any kind after a few weeks or months at sea would have been a real treat.