to Host a Gala in our Nation’s Capital:

Three Awardees to Celebrate… Three Centennials to Commemorate…
Plus Dinner with a View, Entertainment, a Silent Auction & Art Gallery

We are pleased to invite you to join us for the Washington Awards Dinner, in partnership with the Naval Historical Foundation (NHF), on Thursday, 23 April, at the renowned National Press Club just off Pennsylvania Avenue. This is a festive gathering of the maritime community to recognize the contributions of three most esteemed honorees to our maritime heritage and maritime industry. It is also an auspicious year; 2015 marks the centennial of the US Naval Reserve and the office of Chief of Naval Operations, as well as the 100th anniversary of the forming of the United States Coast Guard.  To reserve a place, become a sponsor, or for more information see the Sponsorship Menu and Dinner Registration Form, call (914) 737-7878, ext. 0, or email nmhs@seahistory.org.

Chairing the dinner will be Dr. William Dudley, a distinguished naval historian and author on the boards of both NMHS and NHF, and CAPT James Noone, USNR (Ret.), managing director of Mercury Public Relations and a director of the Naval Historical Foundation. Distinguished yachtsman, author, television commentator, past president of US Sailing and president of National Sailing Hall of Fame Gary Jobson will be master of ceremonies.  The US Coast Guard Academy Cadet Singers will be performing. 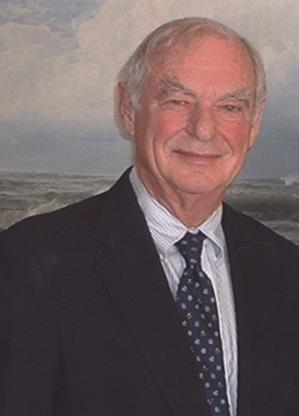 Harold F. (Gerry) Lenfest is a philanthropist who has given millions to educational institutions, the arts, and to the cause of maritime history as seen in his generous support of the effort to renovate and preserve SS United States, which was, in its time, the fastest passenger ship in the world, and to the historic schooner Ernestina-Morrisey. Mr. Lenfest served as a reservist in the US Navy, and acknowledged its great impact in his life. In honoring Mr. Lenfest we honor the United States Navy Reserve which in 2015 will celebrate its centennial. The award will be presented by VADM Robin Braun, USN, Chief of Navy Reserve and Commander, Navy Reserve. 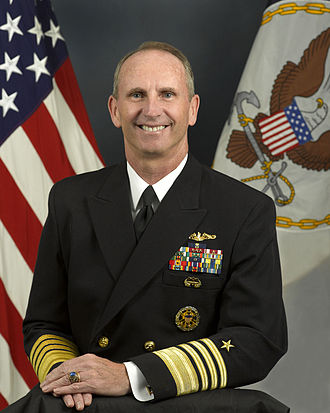 Admiral Jonathan W. Greenert, USN, is the 30th Chief of Naval Operations (CNO), an office that was established in 1915, two years before the U.S. entry into World War I. He is the individual who leads the U.S. Navy, ashore and afloat, in its mission to protect and defend the global interests of the United States on the high seas. Admiral Greenert has been a strong promoter of this country’s navy and its history, particularly in the commemoration of the navy’s role in the War of 1812. We honor the centenary of the offi ce of CNO in honoring Admiral Greenert. The award will be presented by Admiral Bruce DeMars, USN (Ret.) 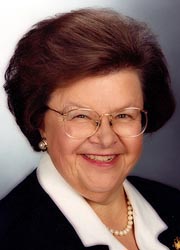 Maryland Senator Barbara Mikulski, a native of Baltimore, is this country’s longest-serving woman senator, having won election to the US Senate in 1986. In the House of Representatives she served on the Merchant Marine and Fisheries Committee and the Energy and Commerce Committee. She was chair of the Senate Appropriations Subcommittee on Commerce, Justice, and Science, and presently is the ranking member of the Senate Appropriations Committee. Senator Mikulski has long been a strong advocate for the maritime industries of the Port of Baltimore and has worked energetically to restore the health of the Chesapeake Bay. (Invited.) We hope you will join us in celebrating the Washington Awards Dinner by participating in this year’s Silent Auction, which gives maritime enthusiasts a chance to own and experience unique nautical pieces, rare maritime art, insider tours and luxurious resort getaways while supporting the Society and making it possible for us to continue our work honoring esteemed contributors to our maritime legacy.  For complete information on all the offerings, including this original of MacDonough’s Victory on Lake Champlain, printed in 1814 and generously donated from the Naval Historical Foundation collection, please see our Silent Auction Booklet.  You can even start the bidding early! In addition to the Auction, this year six nationally renowned marine artists will exhibit their original works at the Washington Awards Dinner Art Gallery. We are offering a preview – and a chance to purchase a painting ahead of the event. Best of all, 25% of the purchase price will benefit NMHS and the Naval Historical Foundation, and is a tax-deductible contribution!

The evening starts at 6pm and the dress is business/cocktail.

Individual tickets start at $250 and there are many Sponsorship Opportunities available.  To reserve a place, become a sponsor, or for more information see the Sponsorship Menu and Dinner Registration Form, call (914) 737-7878, ext. 0, or email nmhs@seahistory.org.  We hope to see you in Washington!