On December 4th, Dr. Ray Ashley will join us from sunny Southern California, where he is executive director of the Maritime Museum of San Diego. Dr. Ashley is a lifelong Californian and has been executive director or president of the museum since 1995. His is one of the more unique maritime museums in the country in that it occupies no space on dry land other than the entrance gangway from the Embarcadero in downtown San Diego. All of its exhibition and office space, plus its library, ship model studio, shop, and maintenance areas are aboard its museum ships, ranging from the 52-foot Pilot boat to the 279-foot historic ferry Berkeley, with the other vessels representing eras from the 16th century to the 20th century. During Dr. Ashley’s tenure at the museum, its collection has grown from three ships to ten (though soon to be nine again) through which the museum tells the story of the community’s relationship with the sea and the Pacific in some kind of chronological/experiential narrative. 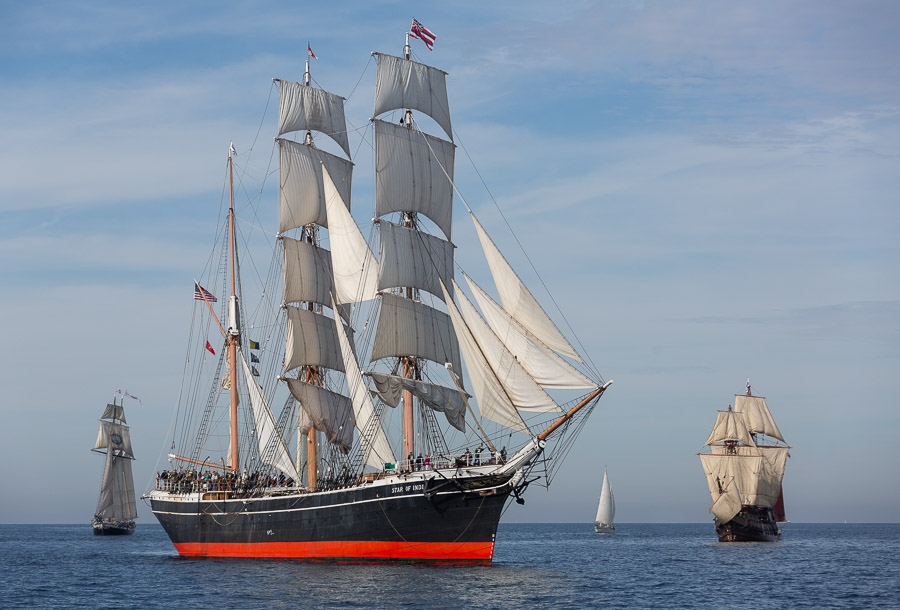 In his December 4th presentation, he’ll be focusing mostly on the museum’s first vessel, its flagship Star of India, which just celebrated her 158th birthday and is still sailing. He’ll talk about the storied ship, her history, and the role she plays in the San Diego community, but he will also offer Star of India as a case study of the kind of historic maritime resources that are presently at risk all over the world, and an idea for an initiative that might mitigate some of that risk to the benefit of us all. Dr. Ashley is a fantastic speaker and his command of a broad range of maritime history topics is unsurpassed. In 2014 he was presented the Maritime Heritage Conference Award of Distinction. His is a presentation you won’t want to miss.