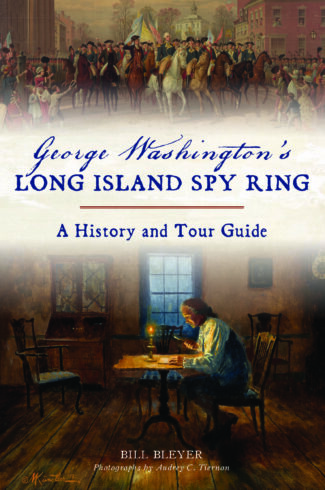 History buffs have long been fascinated by the Long Island-based Culper Spy Ring of the American Revolution, especially since the airing of the AMC series “Turn.” Bill Bleyer, former Newsday reporter and author of George Washington’s Long Island Spy Ring: A History and Tour Guide, takes us back to when New York was a British stronghold and there was no reliable intelligence network on the Patriot side to get critical information to General George Washington, commander of the Continental Army.

There have been many myths about the Culper Ring, such as what role Anna Strong’s clothesline may have played, and suppositions about how the spies operated to support George Washington’s Continental Army. Author Bill Bleyer examines the impact of George Washington’s Long Island spy ring and corrects the record. Learn the true story of the Culper Spy Ring as this lecture separates facts from fiction and details the ingenious operation of the intelligence network that helped the Patriots win the war.

Bill Bleyer was a prizewinning staff writer for Newsday for 33 years specializing in history and maritime issues before retiring in 2014 to write books and freelance for the newspaper and magazines.

A Hofstra University graduate, Bill has taught economics and journalism there as well as history at Webb Institute, the naval architecture college in Glen Cove, New York.

For an autographed copy of the book for $29.95, please contact Mr. Bleyer at his email: billbleyer@gmail.com.