The NMHS Seminar Series was founded in 1992 under the auspices of the National Maritime Historical Society to build greater awareness of the rich maritime heritage of the Hudson River Valley and the world at large, and to create a constituency to advocate for our maritime legacy.  Through its monthly lecture series and annual outreach events, the NMHS Seminar Series provides educational programs about our waters and the great community of people who love ships and mariners, the sea, rivers, and bays.  Members of the general public are encouraged to join us!

Seminars are free to attend, with a suggested $10 Seminar Guest donation.  For more information or to register, email nmhs@seahistory.org or call 914 737-7878 x 0. 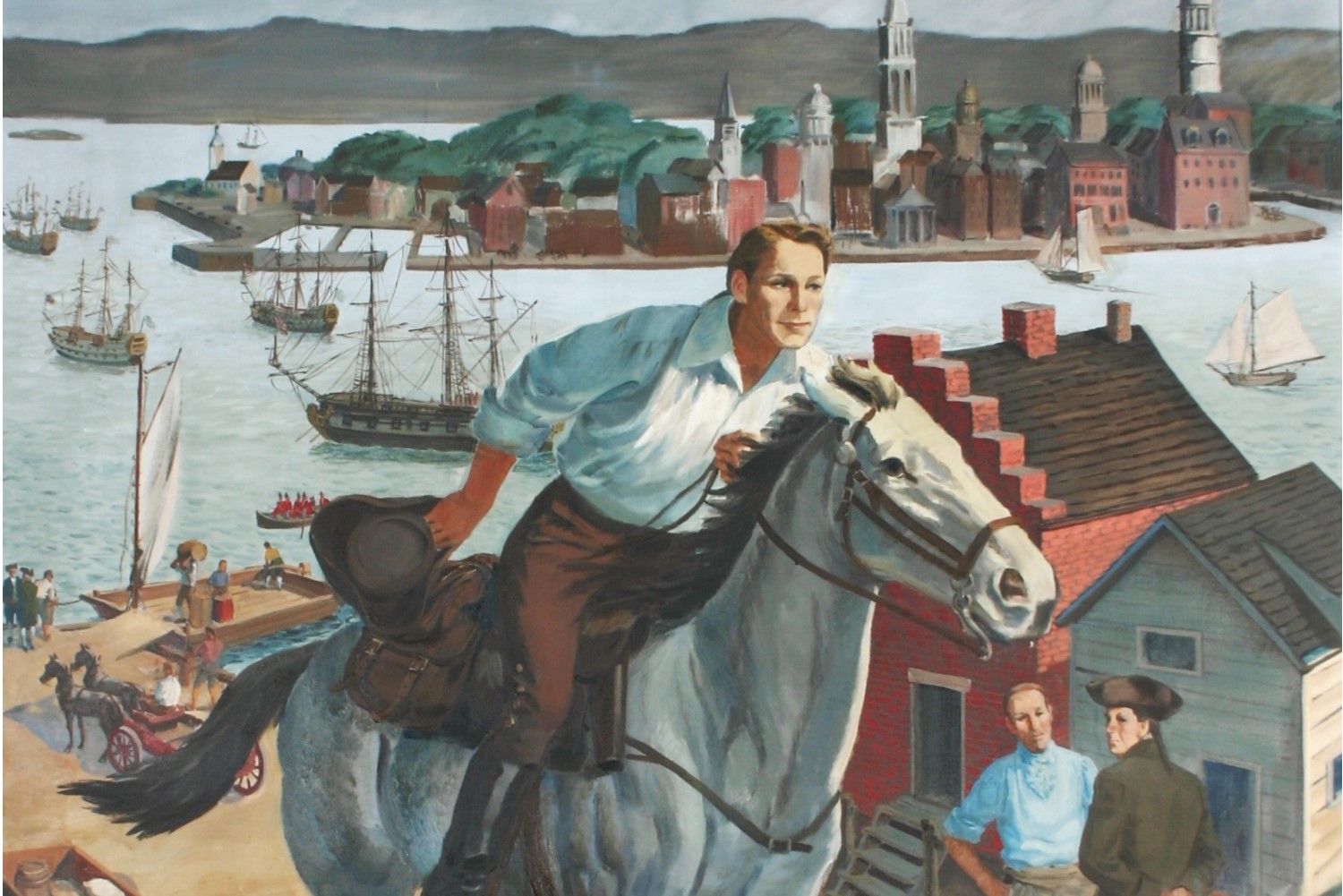 History buffs have long been fascinated by the Long Island-based Culper Spy Ring of the American Revolution, especially since the airing of the AMC series “Turn.” Bill Bleyer, former Newsday reporter and author of George Washington’s Long Island Spy Ring: A History and Tour Guide, takes us back to when New York was a British stronghold and there was no reliable intelligence network on the Patriot side to get critical information to General George Washington, commander of the Continental Army. In 1778, two years after the British forced the Continental Army out of New York City, George Washington organized a secret spy network to gather intelligence in Manhattan and Long Island. Patriots like Abraham Woodhull and Robert Townsend risked their lives to report on British military operations in the region. Vital reports traveled from New York City across the East River to Setauket, to then be rowed on whaleboats across the Long Island Sound to the Connecticut shore. The spy ring was successful in exposing British plans to attack French forces at Newport and a plot to counterfeit American currency.

There have been many myths about the Culper Ring, such as what role Anna Strong’s clothesline may have played, and suppositions about how the spies operated to support George Washington’s Continental Army. Author Bill Bleyer examines the impact of George Washington’s Long Island spy ring and corrects the record. Learn the true story of the Culper Spy Ring as this lecture separates facts from fiction and details the ingenious operation of the intelligence network that helped the Patriots win the war. 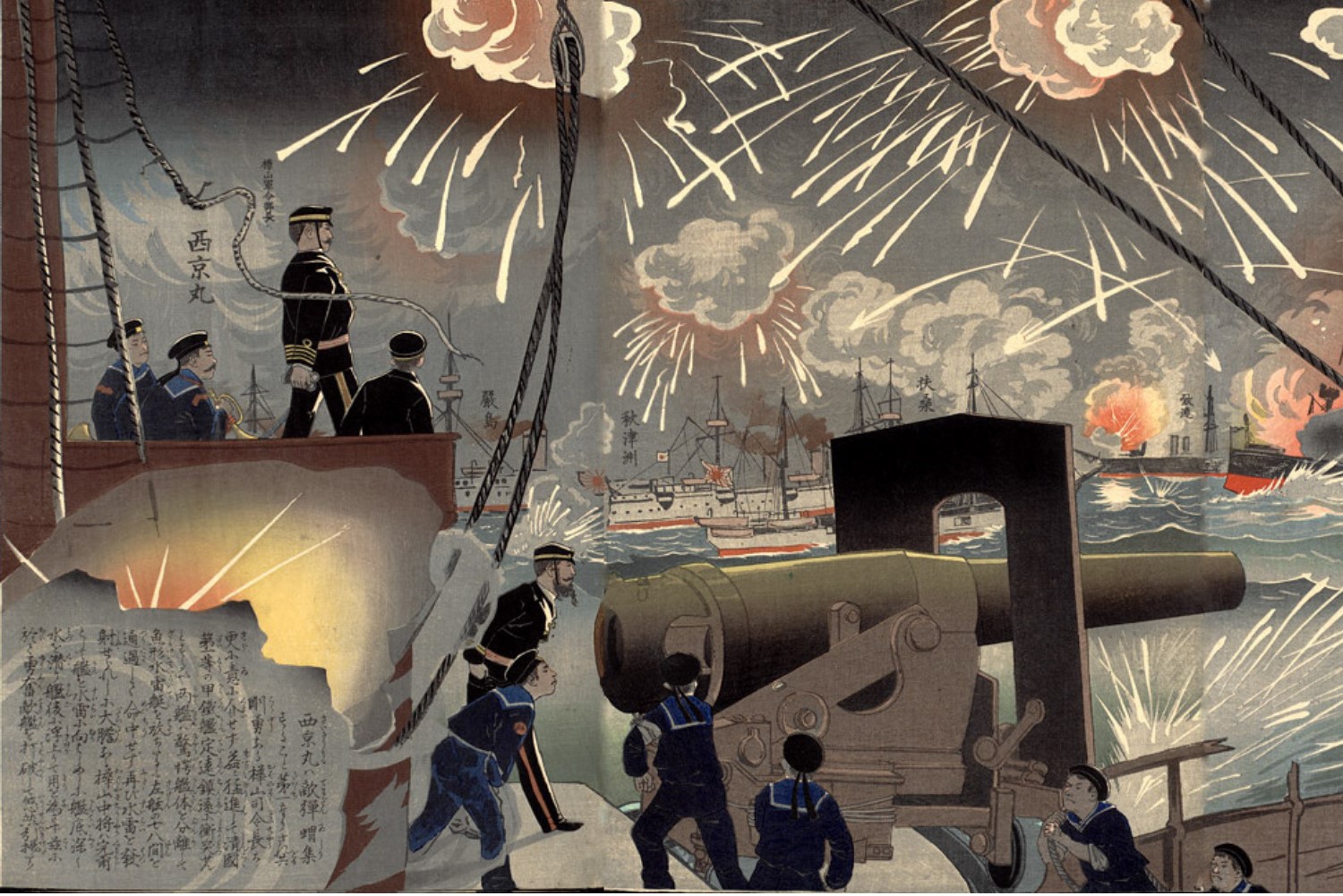 Join us for a presentation with author CAPT R.L. Crossland, USN (Ret.), as he discusses his book The Abalone Ukulele: A Tale of Far Eastern Intrigue, a fictional account of the Asiatic Fleet’s involvement in the theft of a shipment of Japanese gold ingots destined for a Japanese Bank in Shanghai. Set in May 1913, the book tells the story of four cultures that are about to collide: China, Korea, Japan, and the US—and the point of collision centers on the theft of three tons of Japanese gold ingots meant to undermine an already collapsing China.

It is a tale that brings to life a sprawling epic of greed, gold, and redemption, and wends through the outskirts of Peking to the Yukon River; from the San Francisco waterfront to a naval landing party isolated on a Woosung battlefield; from ships of the US Asiatic Fleet moored on Battleship Row to a junk on the Yangtze; and from the Korean gold mines of Unsan to a coaling quay in Shanghai. Soon a foreign intelligence service, a revolutionary army, and two Chinese triads converge on a nation’s ransom in gold.

The tale revisits the chaos that was Shanghai in 1913, with the competing military factions vying for power, the various criminal syndicates, the attempts to maintain law and order, and life in the bustling city itself. A haven for many bluejackets stationed on the USS Pluto, Madam Guan’s “Lesser Shanghai Indian Club and Garter Society” on the Lane of Lingering Joy is an important component in a quite complicated plot.

Don’t miss this fascinating seminar with CAPT R.L. Crossland, who served for thirty-five years, active and reserve, as a US Navy SEAL officer and with the Naval History Center (now Naval History and Heritage Command), and whose historical crime novel Jade Rooster was awarded the Admiral David Glasgow Farragut Award for naval literature in 2008. 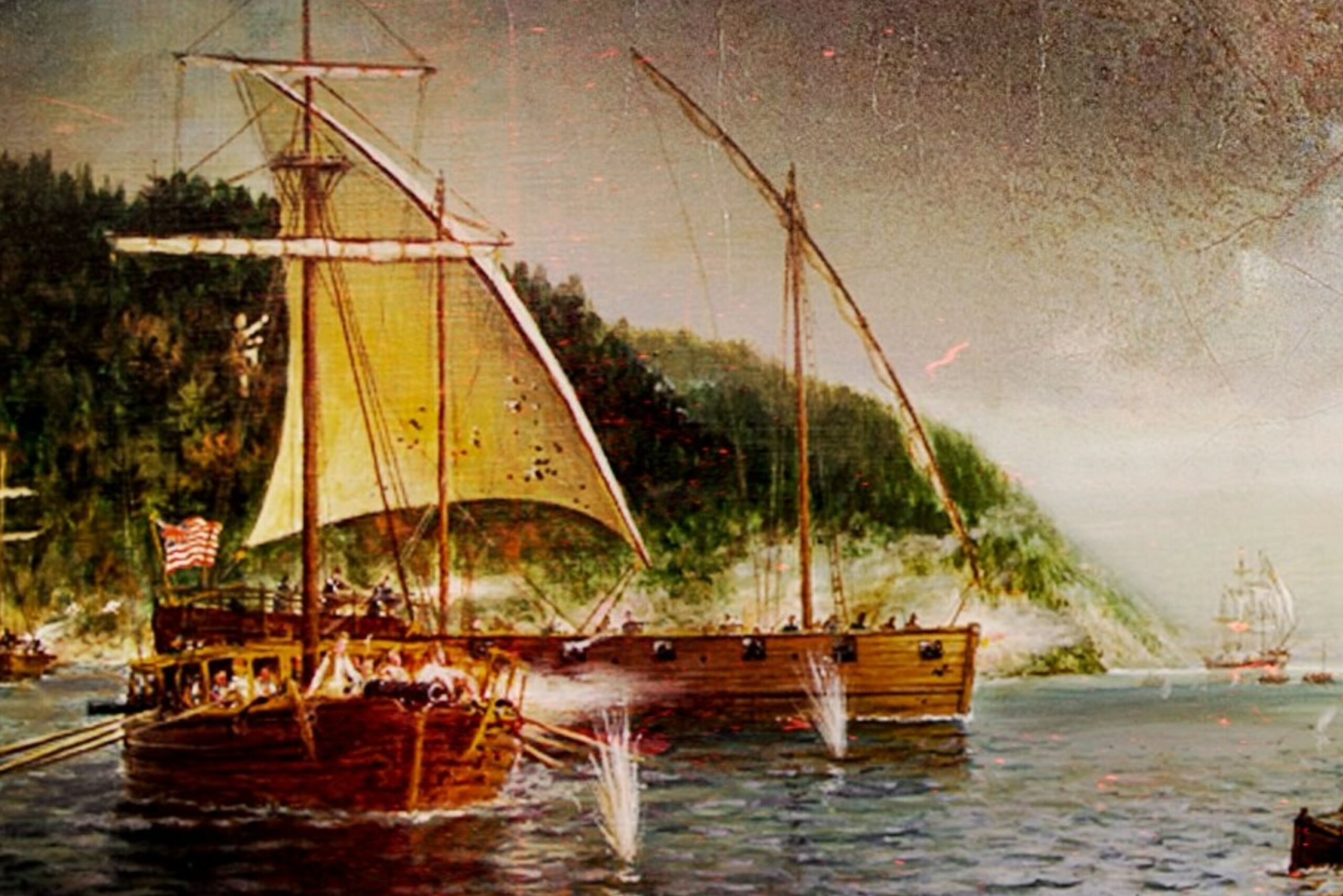 Valcour: The 1776 Campaign That Saved the Cause of Liberty
Zoom Seminar with Author Jack Kelly
Saturday, 26 March 2022: Welcome & Lecture at 11:00 AM ET

Join us as we explore the wild and suspenseful story of one of the most crucial and least known campaigns of the Revolutionary War with author Jack Kelly, author of Valcour: The 1776 Campaign That Saved the Cause of Liberty.

During the summer of 1776, a British incursion from Canada loomed. A ragtag force of patriots gathered at Fort Ticonderoga on Lake Champlain to mount a heroic defense. This post in northern New York would be all that prevented a 10,000-man British army from sailing down the lake, crossing to the Hudson River, and splitting the colonies.

The American effort was under the direction of Benedict Arnold, who at the time was the new nation’s premier fighting general. Working against the odds, the patriots assembled a fleet of gunboats and small ships. Arnold sailed north and met a more powerful flotilla of the British Navy at Valcour Island. An all-day point-blank cannon battle damaged vessels on both sides. Another running fight down the lake all but demolished the American fleet. But the clash so stunned the British that they decided to put off their invasion for a year.

Jack Kelly’s Valcour tells us the story of the northern campaign of 1776, which was led by the underrated general Philip Schuyler (Hamilton’s father-in-law), the ambitious former British officer Horatio Gates, and the notorious Benedict Arnold. An experienced sea captain, Arnold devised a brilliant strategy that confounded his slow-witted opponents.

Join us for this captivating account from author Jack Kelly, who returns to the Seminar Series by popular demand, of how America’s independence hung in the balance during 1776. Patriots endured one defeat after another, but two events turned the tide: Washington’s bold attack on Trenton and the equally audacious fight at Valcour Island. Together, they stunned the enemy and helped preserve the cause of liberty. 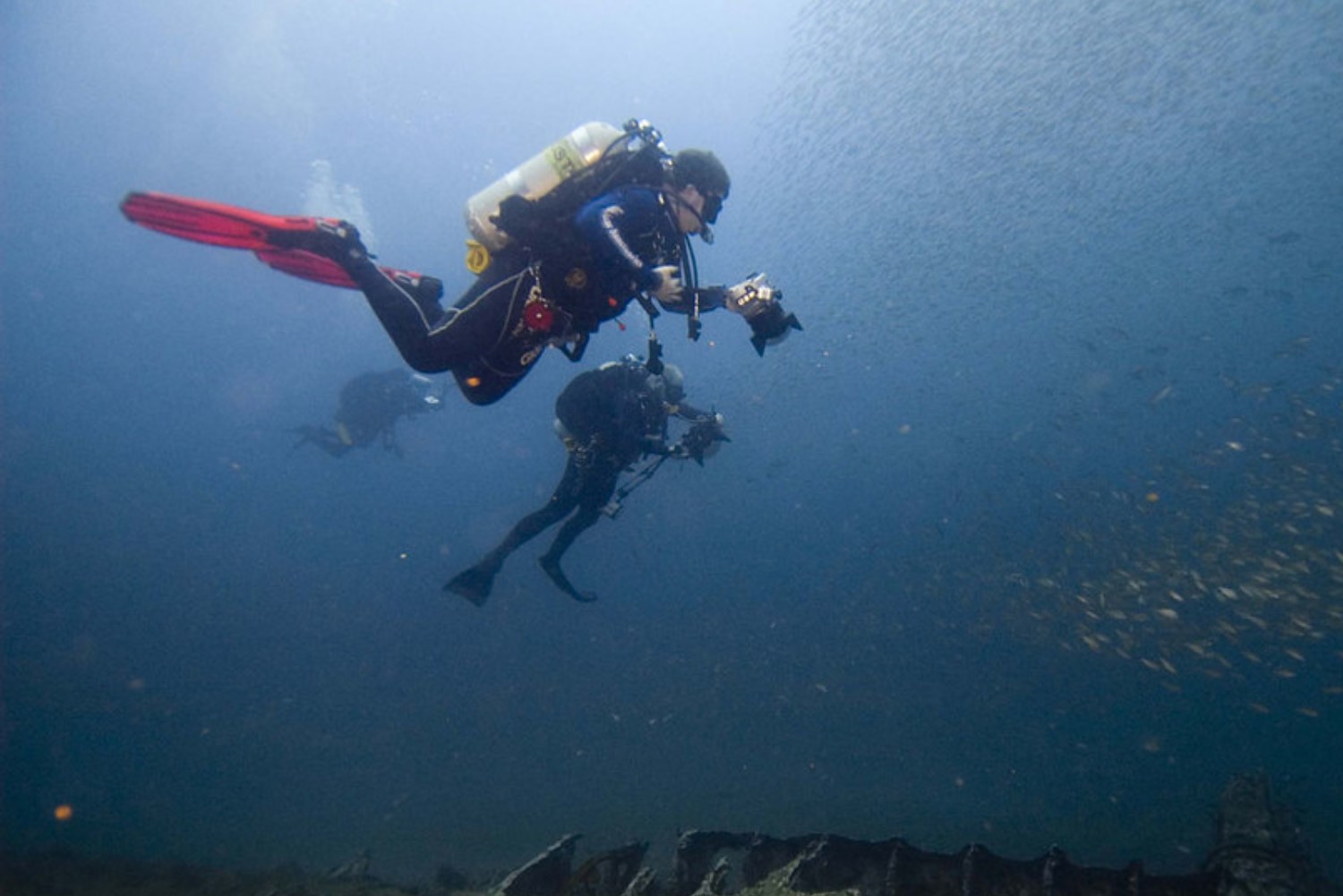 Throughout history, the southern New Jersey coast has been the final resting place for many ships, with almost 5,000 known shipwrecks.

Dan Lieb, a founding member and the current president of the New Jersey Historical Divers Association, Inc., has identified thirteen wrecks off the New Jersey shore and has written comprehensive reports detailing each project, which have been published through the NJHDA Journal. More recently, he identified the wreck of the schooner John K. Shaw off Long Branch, New Jersey. He is now working with NOAA, Explorer Club members, Marsh’s Library, and Richard Stockton College to map the Robert J. Walker, a historic wreck off Atlantic City.

Lieb also appeared on the History Channel’s program Deep Sea Detectives which featured two old, sunken locomotives investigated by NJHDA: The locomotives are amongst the oldest known to exist. He heads up an effort between NJHDA and the New Jersey Museum of Transportation to raise and study these unique examples of locomotive technology.

Don’t miss this intriguing seminar with Dan Lieb, who led NJHDA’s efforts in establishing the New Jersey Shipwreck Museum at the Information Age Science and History Learning Center in Wall, New Jersey in 2006 and who serves as the museum’s acting curator and director. 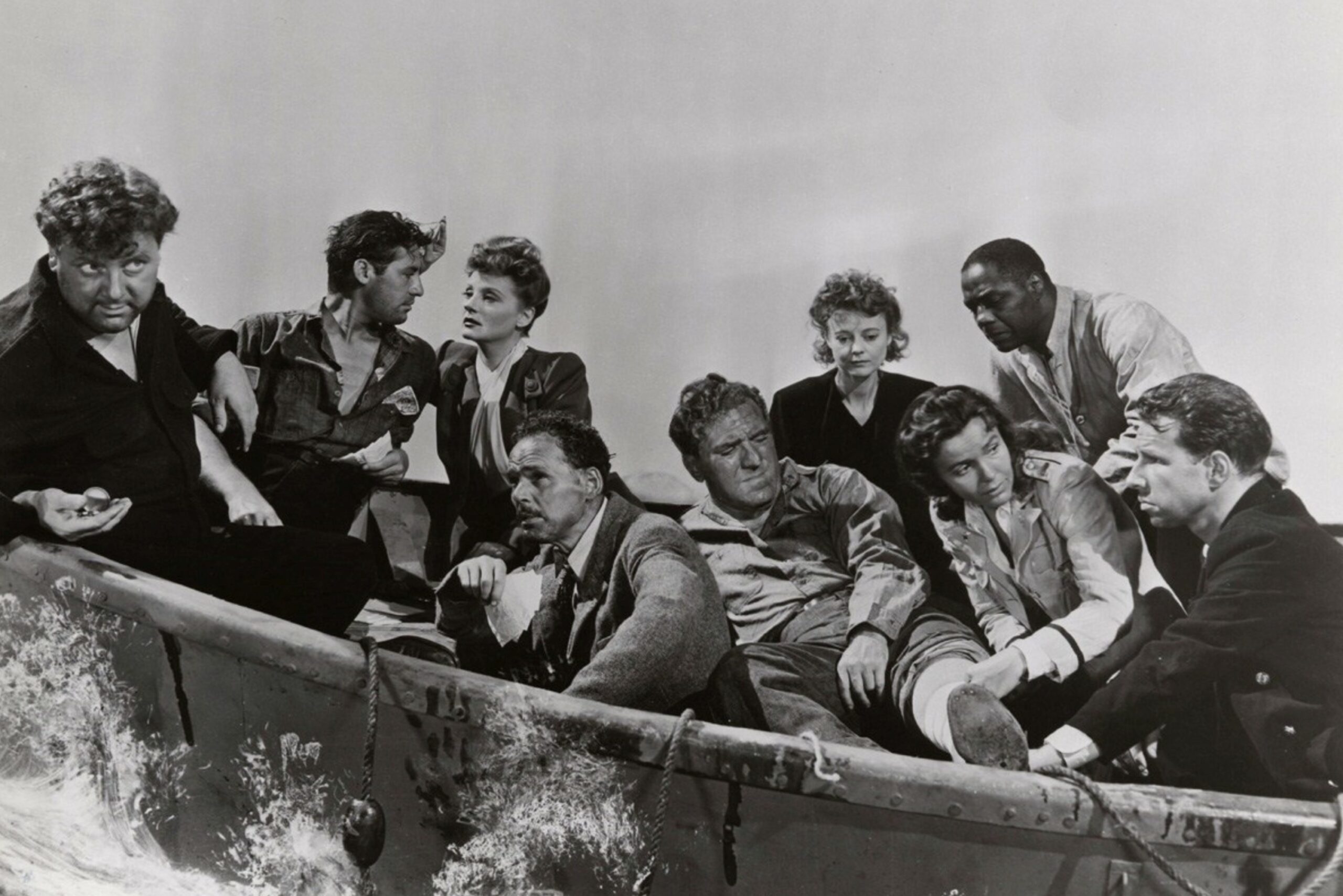 Dr. John Rocco, who teaches composition, literature, film, and other graduate studies at SUNY Maritime, will be the featured speaker for our November Seminar Series.  One of Dr. Rocco’s most popular courses, Hollywood and the Sea, examines the relationship between film and maritime culture and history.  A review of Hollywood’s depiction of the maritime realms of war, work, law, and discovery includes important themes and subjects raised by the films—the voyage narrative, American whaling, famous naval battles, slavery, World War II, and maritime crime and punishment.  Rocco guides us through the history of maritime Hollywood through the work of directors such as Buster Keaton, Michael Curtiz, Alfred Hitchcock, Howard Hawks, John Ford, Elia Kazan, Edward Dmytryk, John Huston, Francis Ford Coppola, and Steven Spielberg.

You won’t want to miss this enthralling seminar with Dr. Rocco, a masterful speaker, author and coordinator of the Maritime and Naval Studies (MNST) master’s program at SUNY Maritime.  He is also actively involved with digitizing years of records from Sailors’ Snug Harbor and received the SUNY Chancellor’s Award for Excellence in Teaching. 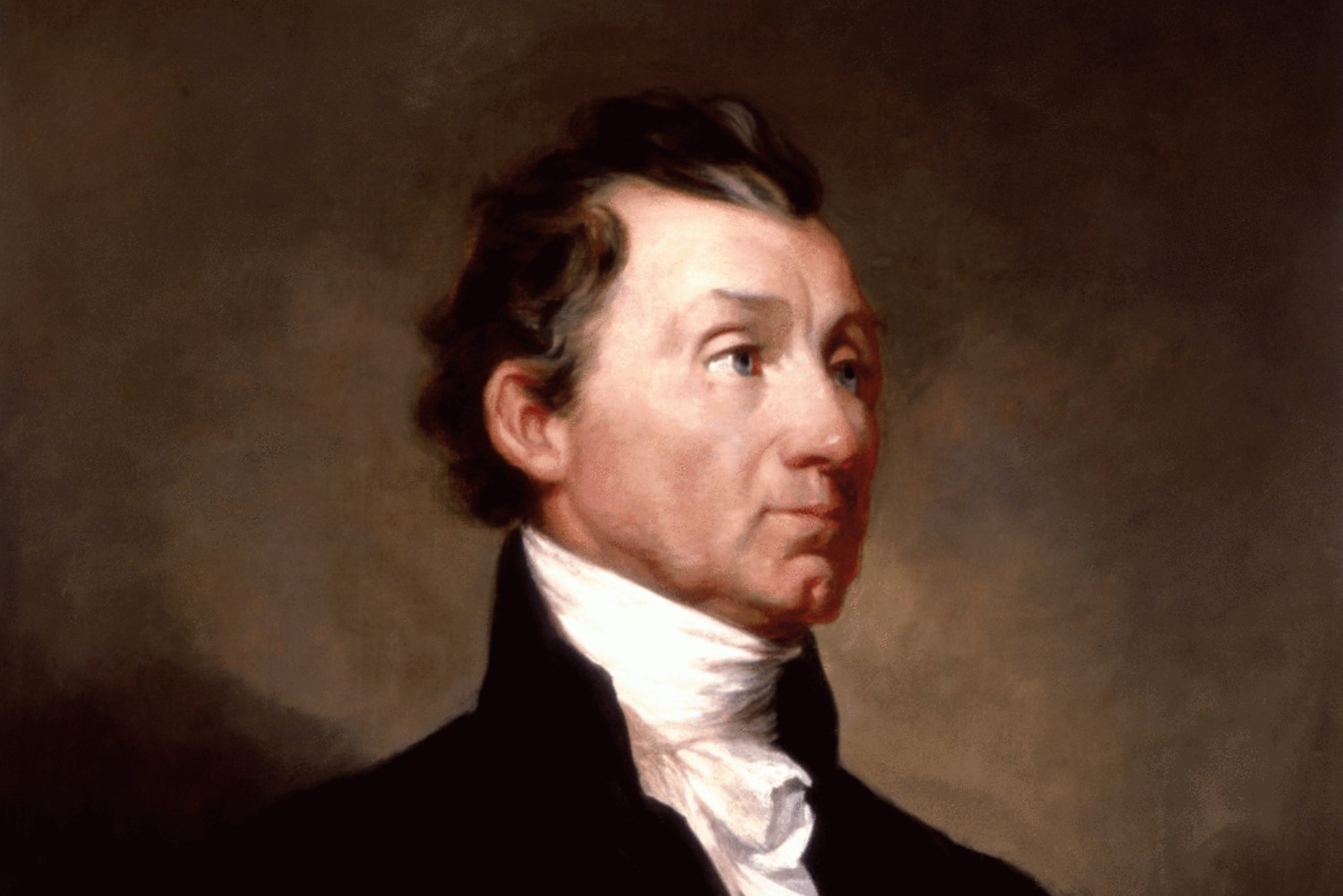 Join us for our special year-end seminar with author Tim McGrath presenting his new book James Monroe: A Life. McGrath, back by popular demand, paints a portrait of an essential American—soldier, diplomat, and president—James Monroe. A vital figure in the early republic, McGrath gives us an account of his remarkable life despite having long stood in the historical shadow of Washington, Jefferson, and Jackson. Monroe lived a life defined by revolutions: from the battlefields of the War for Independence to an ambassadorship in Paris, to his own role in the creation of Congress’s partisan divide, he was a man who embodied the restless spirit of the age. He was never one to back down from a fight, whether it be with Alexander Hamilton, with whom he nearly engaged in a duel (prevented, ironically, by Aaron Burr), or George Washington, his hero turned political opponent.

McGrath’s new biography vividly re-creates the epic sweep of Monroe’s life: his near-death wounding at Trenton and a brutal winter at Valley Forge; his pivotal negotiations with France over the Louisiana Purchase; his deep, complex friendships with Thomas Jefferson and James Madison; his valiant leadership when the British ransacked the nation’s capital and burned down the Executive Mansion; and Monroe’s lifelong struggle to reckon with his own complicity in slavery. Elected the fifth president of the United States in 1816, this fiercest of partisans sought to bridge divisions and sow unity, calming turbulent political seas, and inheriting Washington’s mantle of placing country above party. Over his two terms, Monroe transformed the nation, strengthening American power both at home and abroad.

Critically acclaimed author Tim McGrath consulted an extensive array of primary sources, many rarely seen since Monroe’s own time, to conjure up this fascinating portrait of an essential American statesman and president. His seminar is not to be missed!

For more information or to register, email nmhs@seahistory.org.